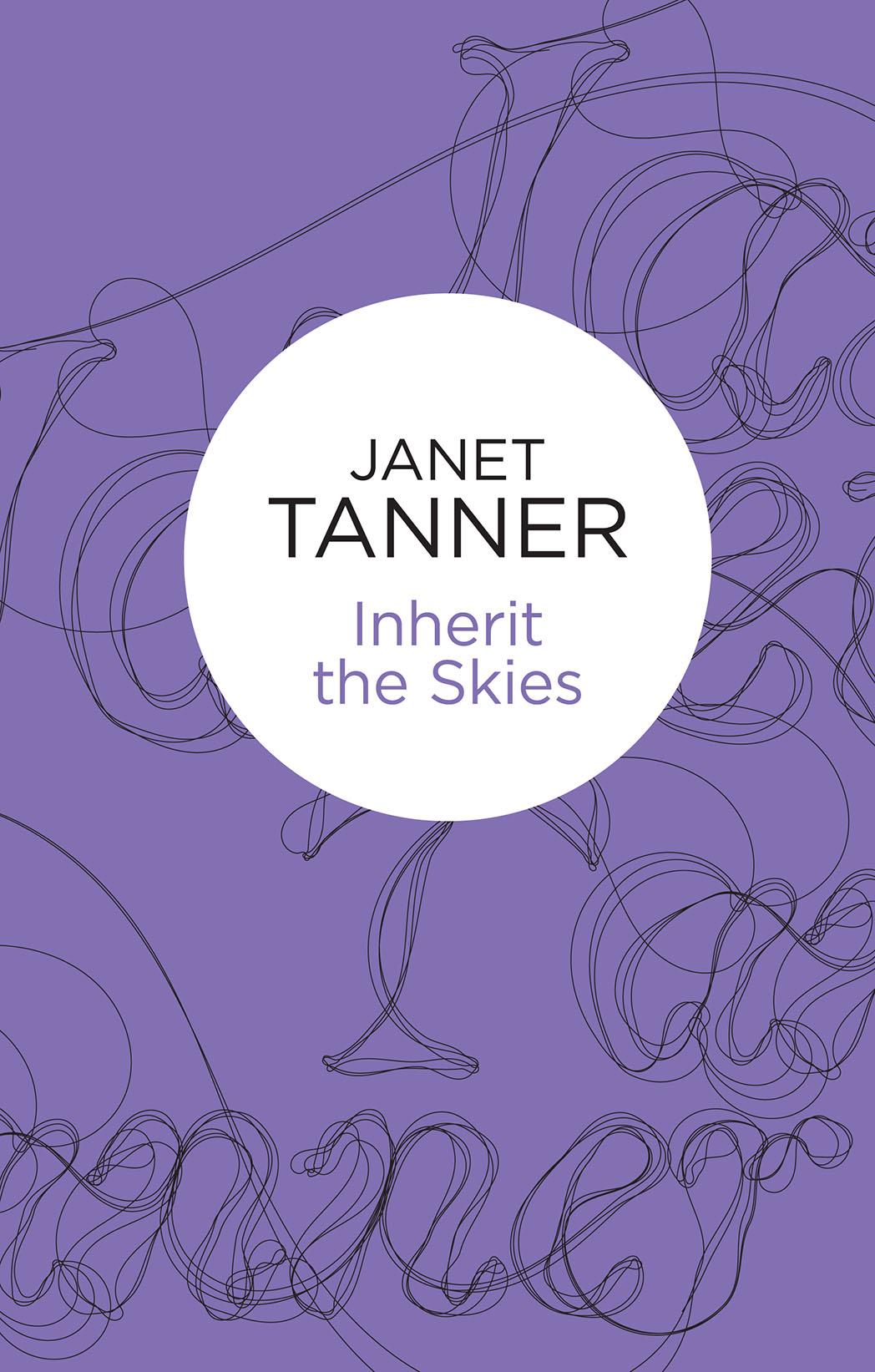 Janet Tanner is a prolific and well-loved author and has twice been shortlisted for RNA awards. Many of her novels are multi-generational sagas, and some â in particular the Hillsbridge Quartet â are based on her own working class background in a Somerset mining community. More recently, she has been writing historical and well-received Gothic novels for Severn House â a reviewer for
Booklist
, a trade publication in the United States, calls her “ a master of the Gothic genre”.

Besides publication in the UK and US, Janet's books have also been translated into dozens of languages and published all over the world. Before turning to novels she was a prolific writer of short stories and serials, with hundreds of stories appearing in various magazines and publications worldwide.

To Terry with all my love

Exercise caution in your business affairs; for the world
is full of trickery. But let this not blind you to what
virtue there is.

Something has to be done.

The thought repeated itself over and over in Sarah Bailey's head with the insistence of a primeval religious chant as the Rolls-Royce Silver Cloud accelerated smoothly through the bends of the Somerset lanes; seemed even to be echoed by the swish of the tyres and the soft purr of the engine as Reakes, her chauffeur for more than twenty years, drove swiftly along the familiar road home.

Something has to be done.
But what â¦ what â¦?

Beside her on the beige leather seat her briefcase lay unopened, further evidence of Sarah's preoccupation this March afternoon. Usually after the monthly board meeting of Morse Bailey Aero International she was only too anxious to get to grips with the sheafs of papers, peppered with her own notes, which kept her in touch with the company that was still her life's blood even though she no longer played the same active part in its running that she had once done.

Today however the sheafs of papers lay neglected while Sarah sat motionless, staring unseeingly out of the smoked glass windows of the Rolls-Royce as the hedges, still winter brown above the lushness of the green fields, flashed past. No amount of perusal of columns of figures could alter the disturbing facts that she had learned at today's meeting; the answer, if there was one, lay not in the black and white outpourings of computers and typewriters, but within herself.

Sarah gave her head a small impatient shake then raised a hand to smooth her soft silver curls back into place. Wasn't that the way she preferred it â the way she had always preferred it? Self-reliance, not dependence on others â and particularly not on mere machines, wonderful though they may be. If for a moment the problem seemed insoluble that was only because she had not applied herself to it sufficiently. She could not allow herself to be beaten. There was too much at stake. Everything her husband â and her father â had worked for. The very identity of Morse Bailey.

The Rolls swept around a bend in the gently sloping lane and as the house came into sight Sarah felt a familiar leap of comforting warmth. Chewton Leigh House. The sight of it never failed to lift her spirits. It had been her home now for more than thirty years and a haven for much longer than that and she loved every weathered grey stone of its imposing Queen Anne faÃ§ade, every tendril of creeper which, clung to the walls on the east side, every arch and timber.

To the side of the house some of the park had been fenced to allow a small herd of deer to graze and breed, behind it, hidden from the house by a copse, were the calm waters of a lake where moorhens and ducks sailed tranquilly and fish darted in the cool green depths. When she was nine years old Sarah had thought it a magic place, the most wonderful house in the world, and nothing that had happened in the intervening years had made her love it one jot less. On the contrary, with all her happiest memories contained like sweet ghosts within its walls it was the one place where she could feel truly content.

Now as the Rolls slowed to turn into the gravelled drive Sarah was seized with impatience for the tranquillity the house could offer. Already the raised angry voices and the tensions of the boardroom were beginning to recede in her senses. The problems were still there, yes. The battle she had still to fight was as daunting as ever. Yet Sarah felt that once ensconced in Chewton Leigh House nothing would seem so bad and its peace would enable her to recharge her batteries for the struggles ahead.

The Rolls drew up at the foot of the short flight of stone steps which led to the front door and Reakes came around to assist her out of the car. From long habit she allowed him to place his hand beneath her elbow and smothered the stab of irritation she could never help feeling at his solicitude. He was afraid of course that after the drive the arthritic knee that troubled her from time to time might have seized up and she would stumble. She accepted that whilst hating the one evidence of infirmity. At seventy-three years old Sarah was proud of her robust good health and she was keen to point out to anyone who assumed her slight stiffness was as a result of her age that in fact the troublesome knee was the legacy of a riding accident.

She straightened now with a swift impatient movement and drew her cream cashmere coat closely around her slender frame. After the warmth of the Rolls the March wind cutting across the valley was bone-chilling. Chewton Leigh House would be warm as well as welcoming. It was one comfort Sarah insisted upon.

A smile touched her lips as she remembered the way it used to be in the old days â roaring fires in every room and the corners and corridors as cold as charity. It used to be scorched faces and knees in the drawing-room, shivers in the bathroom, she recalled. And without warning her memory was slipping back further still â to a bedroom where the only sensible thing to do was to undress as quickly as possible and slip between icy sheets warmed in one spot by the round stone hot water bottle; a cold nose peeping out above the covers; cold linoleum between her toes when it was time to get up again; intricate frosted patterns on the window â the very thought of it sent a shiver prickling across her shoulders now.

The central heating she had installed at Chewton Leigh House ensured that Sarah would never be cold again. Sheila, her daughter, was invariably critical about it when she came to visit. âGood heavens, Mummy, this entire place is like a hothouse! Surely you don't need every room heated, living alone? It's such a waste!' To which Sarah replied, with slight tartness, that she would spend her money any way she chose â and being warm was one of them. She had no need to penny-pinch these days after all and Sheila did not feel the cold as she did. Sheila was country through and through; she gained her warmth from the body heat of a horse as she mucked out stables or cantered across a frosty meadow. Sarah could scarcely ever remember seeing her shiver even as a child. Well, give her time.â¦

Reakes opened the front door for her and as the warmth came out to meet her Sarah was once again glad that she was not possessed of Sheila's frugal nature. Odd, really, that a girl brought up to want for nothing as Sheila had been should be so â¦ yes, admit it,
mean
. But then, it's probably that she wants her share of my personal fortune for her beloved horses, Sarah thought with a smile. If I have diminished it by keeping every corner of my house warm there will be less for hay and oats, liniment and vet's bills and stud fees. But there was no malice in the thought. Sarah was very fond of Sheila in spite of the fact that there was very little common ground between mother and daughter.

But then what do I have in common with any of my children? Sarah wondered. I bore them and gave them life yet they might almost be a brood of aliens, so different are they.

The thought somehow triggered once more the great core of unease within her, and Sarah's attitude returned full circle to the situation which had been presented to her at this afternoon's board meeting. Not that it had been either of her own sons who had put the suggestion up, though Roderick was playing a bigger and bigger part in the running of the company these days and Miles too had at last been-persuaded out of the testing sheds into the boardroom for the once-monthly meeting at least. No, it had been Guy Bailey, revelling in his position as Managing Director, who had presented her with a virtual
fait accompli
of which he must have known she would never approve. But could Sarah count on her own sons for support? Each of them would have their own reason for going along with Guy. And as things stood even if she could persuade one of them to her point of view it would not be enough.

Wanted by J. Kenner
Saving the Seal: A BWWM Navy Seal Interracial Romance by Cristina Grenier
A Midnight Clear: A Novel by William Wharton
To Love and Trust (Boundaries) by Swann, Katy
Antrax by Terry Brooks
Girls, Guilty but Somehow Glorious by Sue Limb
Chronicles of Athena Lee by T S Paul
The Coldwater Warm Hearts Club by Lexi Eddings
Applaud the Hollow Ghost by David J. Walker
Addison Addley and the Things That Aren't There by Melody DeFields McMillan