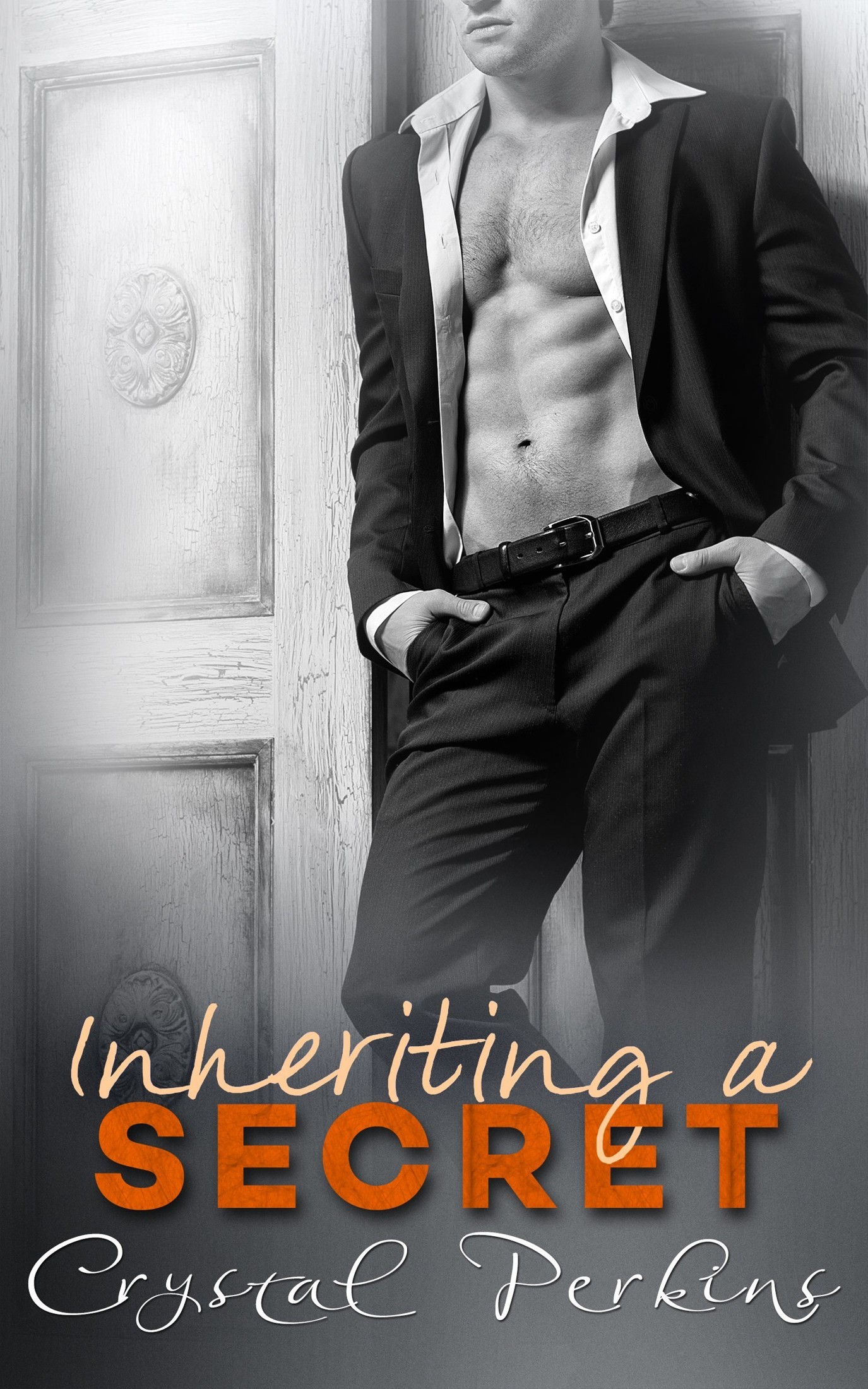 All
trademarks are owned by their respective companies and are denoted by
the use of proper capitalization of the company and/or brand. All
rights reserved. Without limiting the rights under copyright reserved
above, no part of this publication may be reproduced, stored in or
introduced into a retrieval system, or transmitted, in any form, or
by any means (electronic, mechanical, photocopying, recording, or
otherwise) without the prior written permission of both the copyright
owner and the above publisher of this book. This contemporary erotic
romance is a work of fiction. Names, characters, places, brands,
media, and incidents are either the product of the author’s
imagination or are used fictitiously. The author acknowledges the
trademarked status and trademark owners of various products
referenced in this work of fiction, which have been used without
permission. The publication/use of these trademarks is not
authorized, associated with, or sponsored by the trademark owners.
This ebook is licensed for your personal use only. This ebook may not
be re-sold or given away to other people. If you would like to share
this book with another person, please purchase an additional copy for
each person you share it with, especially if you enjoy sexy,
emotional, romance novels with alpha males. If you are reading this
book and did not purchase it, or it was not purchased for your use
only, then you should return it and purchase your own copy. Thank you
for respecting the author’s work.

About
Inheriting a SECRET

Other
books by Crystal Perkins

About Inheriting a
SECRET

A woman who
made a promise as a teenager, and has no intention of breaking it…

Darcy was trained
to be a cat burglar and con artist from a young age. On his deathbed,
her father elicited a promise from her that she’s always kept,
despite the danger it’s exposed her to. As a current member of the
Society, she’s assigned to a mission that brings her face to face
with the one man who tests her will…and her honor.

A prince who
will stop at nothing to fulfill a promise he made...

Brayden is set to
ascend the throne of his small country, but he can’t do that
without the jewels Darcy stole from his family ten years ago. He sets
out to break her, but the best laid plans are sometimes destined to
fail. Can he put aside his promise to his father and his country in
order to follow his heart, or will duty come before love?

Honor will be
tested, and inherited duty may have to be challenged if they have any
hope of overcoming the SECRET that could change everything.

Other books by
Crystal Perkins

Gaming
For Love (The Griffin Brothers #1)

Building
Our Love (The Griffin Brothers #2)

Creating
A Love (The Griffin Brothers #3)

Learning
To Love (The Griffin Brothers #4)

Designing
The Love (The Griffin Brothers #5)

Working
On Love (The Griffin Brothers #6)

Keeping
Their Love (The Griffin Brothers #7)

Publicly, The
Corrigan & Co. Foundation has been supporting women for years.
Secretly, five powerful women led by Jane Corrigan have recruited ten
agents, sending them to rescue women and children in need, and take
down those who exploit the weak. This secret society of women all
have unique skills they’ve brought to the foundation. Additionally,
they’ve all had training in weapons, etiquette, martial arts,
technology, and languages. Helping out friends and family of their
five mentors from time to time is something they were told to expect.
What they didn’t plan for is falling in love.

About the Corrigan & Co. Foundation and the Society:

• Mitchell Corrigan created the Corrigan & Co. Foundation
for his wife as part of his company ten years ago. He stipulated that
the foundation would continue as long as there is a Corrigan woman to
oversee it.

• Jane Corrigan, Cyndi Evans, Maggie Griffin, Mallory Daniels,
and Helen Wilson are the founders of the secret society within the
foundation. They focus on helping women and children, but take on
other missions from time to time.

• While they assist government and private organizations on a
regular basis, they only take referrals for private missions.

• Each founder has recruited, and mentors, two agents.

• The company was founded in Chicago, but has now moved to Las
Vegas, where Mitchell was born. On his deathbed, he asked his
grandson to move the company headquarters to help revive the economy
in his hometown. There are satellite offices all over the world.

• Jane’s grandson, Matt, who is President and CEO of
Corrigan & Co., knows of the society. His friends Nathan and
Aiden, who he brought in when they all left the military, know as
well. This was a decision by the five women when they needed help on
a mission that went bad. They do not know all mission details, but
help when they are asked. Jake Mason is now also part of the Corrigan
security team, and aware of the Society.

For my friends and readers who have
always dreamed of finding
their prince.

I can’t believe I’ve
been doing this stupid mission for almost two months now. Actually, I
can’t believe I’m actually on this damn mission. Everyone always
goes on and on about how the Society isn’t a dating service, yet
here I am. I’m pretending to be the upstanding fiancée of one of
the biggest manwhores in the world. Who also happens to be a prince.
Yeah, it’s of a small country that no one would have heard of if he
wasn’t sleeping his way through every model and actress he can get
his hands on, but still. A prince. One I
so
do not belong with.

Not just because I grew
up with a father who was a con man, making me one of the least
upstanding people you could ever find, but also because I have no
desire to be sweet and quiet like they want me to be. “They”
being his mother, and the palace staff. I’ve been stashed in Paris
for all this time while they try to dress me and instill culture in
me. I couldn’t exactly tell them that I already know all about the
paintings and sculptures in the museums because of my past. Or about
the best designers and clothing because of my present. I just have to
smile and pretend that I’m grateful for their time and attention.
When I really just want to throw on some leather pants and play Call
of Duty.

But alas, they won’t
let me near leather pants. I’m making do with leather skirts in all
different colors and styles. I even like some of them. The fancy tops
could go, and so could the heels, but I can deal. I’ve been
trained
to deal. I drew the line at my hair when they wanted to change it. My
orange tresses are the one thing I was unwilling to part with. I’ve
worn wigs on more occasions than I can count, but I’ve never
strayed from the color I chose when Mallory Daniels gave me the
safety I’d been craving for more years than I care to count because
I’d tried to rob her house. How was I to know that she was one of
the leaders of a secret society of spies? Thank God she saw potential
in me, and figured they could use my talents for good. Otherwise, I’d
still probably be in jail these seven years later.

The craziest thing
about this whole situation is that I have yet to meet my intended.
When his mother came asking for help, Reina had apparently given her
pictures of me, Jade, Ellie, and Audrey. We were the ones who—at
the time—were unattached. Why she chose me, I have no idea. I’m
more the girl who would sully an image, not clean it up. He’s
apparently as against this whole thing as me, so he’s refused to
meet up, even for engagement photos.

The whole situation is
bizarre. Like I’ve mentioned, I am the least traditional looking of
any of us. Ellie may favor bustiers and short skirts, but she has
nice long brown hair, and manners. I don’t possess the “m”
word. I’m nice to the people I like, but everyone else can just go
away. I can pretend for short periods of time that I’m a
functioning member of society, but this is a long term gig. And I’ve
already used up my patience.

“Well, if it isn’t
my beautiful bride to be,” I hear from behind me.

I smooth down the short
black leather skirt covered in stitching that I’ve paired with a
white and black flowy top, and turn to stand. “You’ve finally
decided to grace me with your presence?”

I don’t get any more
words out as Brayden James lets out a growl, and grabs me. He slams
me into the nearest wall as his mouth descends on mine. My body
immediately responds, and my mind shuts down. I know I said I wasn’t
into this mission—or him—but this man
is
one of the hottest on the planet. And I’m a woman who
hasn’t gotten any since I’ve been here. So yeah, I kiss him back.

“I’ve been wanting
to do that for ten years.”

What? “We’ve never
met, so how can that be. You can’t bullshit me with your stupid
lines. I have more than half a brain.”

“In my mind it is.
That’s what I’ve called you ever since I saw you climbing past my
window when I was fifteen. You were wearing a black leather catsuit,
and although your hair was different, I’ve never forgotten your
face. Or what seeing you stirred up inside of me.”