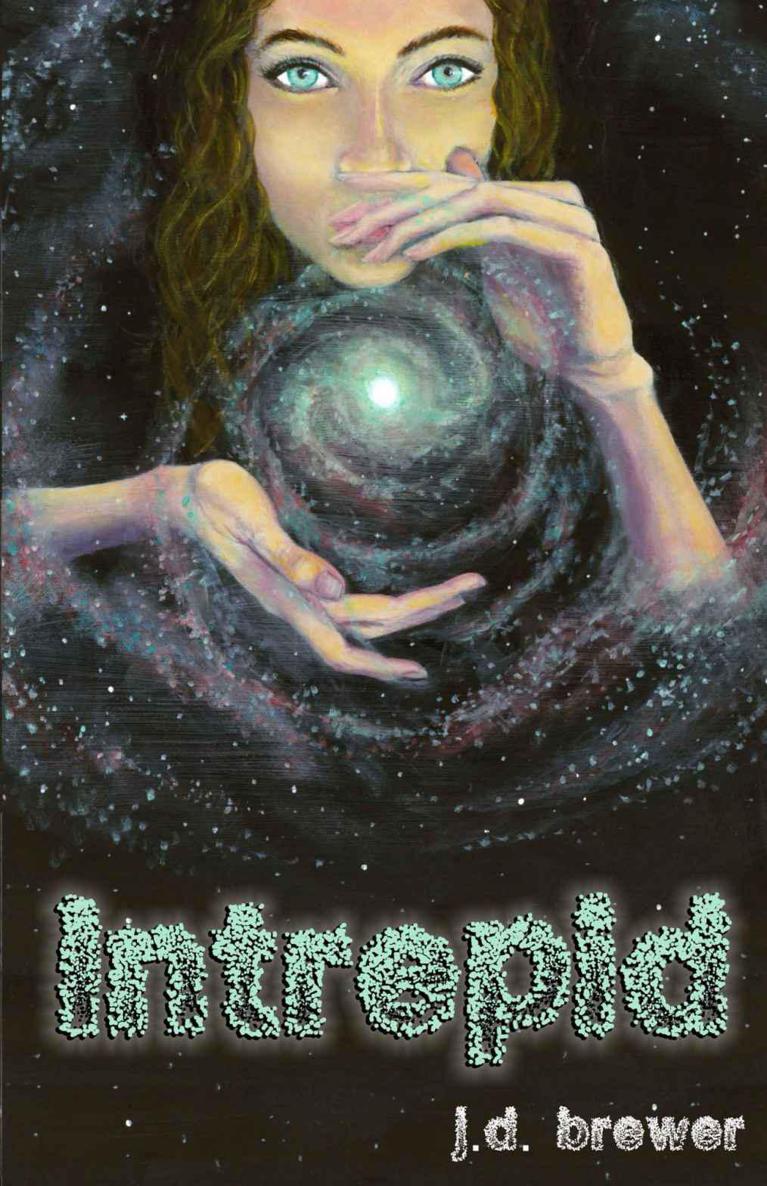 Sheriff Nicholson used his forearm to wipe the sweat from his brow, then readjusted his brown Stetson over his eyes. The South Texas sun made his uniform sizzle, and sweat dripped down in a slow and steady rain. “Montana…” he mumbled. It was a mantra he repeated more often than not as the days in front of retirement ticked away, but the closer he got, the further his plan to move to Montana felt. Even still, it was on his mind with every step he made towards the rusted-red pickup truck. Montana—far away from the dag-gum, blasted Texas heat.

He approached Deputy Garza, who was bouncing from his left foot to his right foot, impatient with the old man’s pace. The Sheriff had half a mind to ask the young deputy if he needed to go potty, but decided it wasn’t worth the effort.

“Howdy, Sheriff,” Deputy Garza said as he tipped his hat in the unofficially official greeting of the Geronimo County Sheriff’s Department.

Sheriff Nicholson cleared his throat and said, “Howdy.” His ancient eyes surveyed the scene. The axle of the red pickup was twisted in an unnatural way over the ditch, and the grille was melded into the stoic oak tree it had collided with. A rusty annoyance flared up in the old man’s equally rusty lungs. He couldn’t believe this joke of a rookie had called him out of his air conditioned, particle-board-walled office for an abandoned vehicle. Instead of voicing this, he used his many years of law enforcement training in approaching conversations with morons. “How may I assist you in calling the tow-service, Deputy Garza?” Ignoring the deputy’s glare, he scanned the scene for any other clues that could explain what may have happened. There didn’t seem to be any bodies lying around, and the truck simply appeared to be deserted against a tree. He wondered if a drunk driver had crashed into the tree and walked it off. However, he had to admit that the truck didn’t look familiar, and he knew nearly every vehicle that frequented Geronimo County.

Deputy Garza looked at the sheriff and used his less than two years of law enforcement expertise in dealing with senile ol’ farts to say… very… slowly… “I FOUUND A BAABYY UNNDERR THE TREEE.”

Sheriff Nicholson watched the young man wave his body from side to side like a drunken tree in a summer breeze, noted how asinine the deputy looked, then refocused his ancient eyes on the red pickup against the stoic oak tree. This time, interest sparked him into steps a wee bit faster than normal. Instead of at a snail’s pace, he approached the tree with the speed of a tortoise. When his eyes landed on the child, which was more of a toddler than a baby, his wrinkled forehead lifted in shock. Not much made his wrinkles move these days, so he adjusted his Stetson to accommodate the extra skin bunching under his hat. “Well, I’ll be…” he whispered.

“I tried to get close to her, but every time I did, it shocked me.” For the first time since the sheriff met him, Deputy Garza spoke normally, like he forgot to remember Sheriff Nicholson was old.

But the change didn’t matter. The old man didn’t hear it. “No. It can’t be.” Although recognition was written in his eyes, disbelief was written on his face.

The deputy felt his nerves unhinge, and he began to tap his fingers against his thighs as he looked back at the girl. Brown ringlets bounced on her head when she moved, and her giggle was comparable to wind chimes in a hurricane.

Her celery eyes locked onto the sheriff’s ancient ones, and she grinned a three-toothed grin. It was a contagious smile, and both men found themselves returning it.

“So. How do we get her out of it?” the deputy asked. The contemplative look on the sheriff’s face perplexed him. It was almost a little too knowing.

She sat there with pudgy legs and pudgy arms, encased in a red sphere. It looked liquid in texture, like she was a hamster in a plastic rolling-ball made from an ocean wave. The child wasn’t disturbed by this, as if it was normal to be in a wavelike hamster ball, and her calm expression only reminded the deputy of how un-normal everything was.

Instead of answering the deputy, Sheriff Nicholson asked the girl, “Why are you here?”

He reached over and tapped at a section of the sphere, pulling up what looked like a hovering computer screen. He was so busy entering something into it that he didn’t hear Deputy Garza’s intake of breath and exclamation of shock. He didn’t see that next to the deputy, the world had shifted, and in the time between blinks, that which was not there was suddenly there. The space that seconds before had only contained humid air now held a shape. A man, brown-haired and grizzly-faced, collapsed onto his knees, holding his waist with calloused fingers. But all the holding he was doing could not hold in all the blood he was losing.

That got the old man’s attention. As Sheriff Nicholson turned around, ghosts of memory floated to the surface. He hurried to the new addition to the scene of unspoken crimes, put his wrinkled hands over the gaping wound, and for the first time in months, he did not think of Montana.

We are but dwarves standing on the shoulders of Giants.

I glared at the sun, mustering as much defiance against the heat as I could. Not that it helped the fact that my hair had already glued itself to my forehead and neck. I took off my dirty gloves to readjust my messy ponytail, but it didn’t stop the ringlets from frizzing in the humidity—a concept that should never exist during October, yet somehow always did in Texas.

“Texi…” Ringo shot me his warning look, but it didn’t have the impact it used to. Lately, it was more comical to me than reprimanding.

“Aw. Come on. It’s supposed to be
fall
. You know. Autumn? Where leaves change colors, and the temperature drops? And we get
this
?”

Ringo pounded the hook shaped nail into the hallowing fence post to secure the barbed wire, and he tested it by plucking it with his gloved finger. The wood was weather-beaten and blackening in places, but the posts stood sturdy to string up barbed wire like rusted Christmas lights. From the other side of the fence, a brown bull mooed at us, swaggering under pounds and pounds of muscle and fat near a cluster of mesquite trees.

“It’s not so bad. It could be snowing,” Ringo said. Always the optimist, that father of mine.

My eyes traipsed the wire and walked the tight rope of barbs in an effort to avoid rolling them. “I thought Iago was supposed to be helping us today,” I said as I pulled my gloves back on.

I couldn’t help it. I rolled the eyes I was trying so hard to keep still. I knew I was being sullen, but I couldn’t help but feel on the wrong side of fair. Three pairs of hands would make this job go a lot faster, even if the third pair was attached to a walking, talking jackass. But ever since two-a-day practices began, Iago Ortiz was nowhere to be found. It was bad enough the entire town treated him like a god, but being good at football shouldn’t get him out of chores too. “I mean, just on the other side of this fence is
his
ranch, right? You’d think he’d take a little interest in how it runs since he’s going to inherit it one day.”

I recovered my hammer from my tool belt and thought about how I was right on this in so many ways it wasn’t even funny. But Ringo would never take my side on it. All summer long, Iago’s mind was everywhere but the ranch, although where his pea-sized mind traveled was beyond me. Instead of chastising Iago, Ringo’d gone easy on him.

“You know. There’s no reason to be a brat about the entire thing. If you don’t want to help, by all means, go…” His exasperation seeped into the cracks of my stubbornness, and I felt my anger dissipate the way fog does under direct sunlight. I didn’t like getting under the skin that wrinkled around his brown eyes when he frowned, so I shifted gears.

He ducked as I pretend-swiped him with the hammer. “I’ve been thinking,” I continued. “Maybe we should move to Montana or something. This heat is ridiculous.”

“You’ve been hanging out with the old man too much,” he said as he nudged an unruly hook with his hammer. Laughter trickled out between his teeth, and his shoulders reverberated with laugh-shakes. I love his laugh. It always sounded like a mixture of hiccups, gurgles, bells, and burps. “Away from this blasted, dag-gum heat,” he said, mimicking Papa’s drawling accent. “Then you’ll complain about the cold. Face it, kiddo, this is home. Finish high school first, then go where you please.”

“High school? More like Satan’s brothel. I could homeschool and learn a million times more than I ever will in that place. Seriously. It’s bad enough they expect me to bubble in Scantrons like a champ, but Geronimo High School also expects me to appreciate the art of wearing a mini-skirt so I can bag my future ex-football player, car-dealership-owning husband. If you don’t get me out of this place, you’re condemning me to a worse-than-horrible fate.”

“Please. God. If you started wearing mini-skirts, you’d give me enough ammunition to mock you for the rest of your life. I dare you.” He snorted as he pounded in another hooked nail. “This is home. This is where we’re from. It’s not a bad thing to be respectful of your roots, because sometimes home don’t last forever. Besides, school ain’t so bad. What about Lindsay and Sully?”

At their mention, I couldn’t help but smile. I met Sully in kindergarten, and because he was stamped on nearly every memory I had, he was my best friend by default. And Lindsay? She was a first-day-of-high-school friend. I just happened to get sent to Principal Aguilar’s office for telling Sarah Schneider her new perm looked like she stuck her finger in a light socket, and because I was starting off high school on the right foot, Mrs. Williams heard me loud and clear. Lindsay was sitting in the chair next to me filling out paperwork, and she paused to tell me she loved my ZZ Top t-shirt. We happened to have the next four classes together and way too much in common.

“They’d learn to live without me,” I answered.