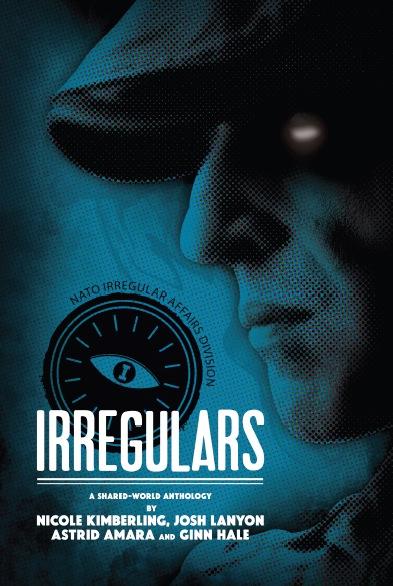 This book is a work of fiction and as such all characters and situations are fictional. Any resemblances to actual people or events are coincidental.

No Life but This
is dedicated to Krishna—writing isn’t the same without you beside me.

“We must not look at goblin men,
We must not buy their fruits:
Who knows upon what soil they fed
Their hungry thirsty roots?”

For reasons unknown to Agent Keith Curry, food carts proliferated on the mostly rainy streets of Portland, Oregon, like they did in no other city in North America. Their awnings sprang up like the chanterelles in the Pacific Northwest forest, sometimes filling an entire parking lot.

Keith preferred visiting these eateries because many had permanently rented parking spaces and settled down like oysters cementing themselves in place. The parking lot near his hotel supported one of these colonies so he thought it might be as good a place as any to begin his investigation, though he didn’t expect to find much.

Probably clean as a whistle.

Keith stepped up to the cart—a converted Airstream that sold nothing but grilled cheese sandwiches—and ordered a “Kindergartner”—American cheese on white bread. A slight vibration came from his wrist and he glanced down at his watch. It was a prototype designed to alert a human wearer of the presence of extra-human beings. Now the numeral seven shone blue, which indicated that a faerie had come within fifty feet of him, setting off his proximity alarm. Briefly, he scanned the people queueing up to the food carts, wondering which customer hid a fae nature. Business heels lady? Sparkly hippie juggler, busking? Little blond kid eating a snow-cone? It could be any of them—or maybe all of them. Probably more than one faerie was abroad, actually, this close to the upscale condos in the Pearl District. Faeries didn’t concern him this time around. What he needed to watch for was the red three that indicated the presence of goblins.

He returned his attention to the amiable, bearded guy currently buttering the bread that would shortly become his sandwich.

“You mind if I ask you a question?” Keith asked.

“Go right ahead.” The bearded guy slapped the bread down on the food cart’s small but impeccably clean flatiron and applied the cheese.

“Do you know where a guy can find any flesh joints around here?”

The cook laughed. “There’re too many strip joints to count, man. Just google ‘stripper.’ You can get any kind you want.”

The cook looked up at him in mild disdain. “Not really my style.”

“Not that into meat?” Keith asked casually.

“Not into performance art shit,” the cook replied. “I believe in cooking food, not eating it raw in front of a smoke machine while some pretentious dick plays lame beats.”

“So you’ve never been to the Theater of Blood Carnivore Circus?”

“One of my buddies went to it, but I don’t really remember where he said it was. Like I said, it’s not my thing.”

“Do you think I could convince you to call him and ask? I’m only in town for a few days and I want to experience the entire Portland food scene before I put up my report.”

At this the bearded guy perked up.

“You a food critic or blogger or something?” He handed Keith the sandwich. It smelled amazing—like something his mom would have served alongside a bowl of canned tomato soup.

“Or something.” Keith winked. Generally speaking, restaurant reviewers did not reveal themselves to people whom they were to review. The grilled cheese guy understood this and nodded sagely.

“I’d appreciate it.” Keith took a bite of his sandwich, made a show of savoring it before pronouncing, “Delicious.”

“You should try it with our spiced turkey.” The cook tilted a pan to show him half of a roasted bird, concave rib bones visible. “Just roasted it with harissa and preserved lemon. Want a sample?”

Keith’s stomach lurched slightly, as it always did these days when he saw a carcass.

He held up a hand in refusal. “None for me, thanks. I’m a vegetarian.”

Keith ate his sandwich and the grilled cheese guy phoned his friend, who came up blank. Too drunk, he said, to remember where he’d been. But he’d seen the poster for the show when he’d been clubbing downtown. Maybe, he said, it was still there. Keith thanked the cook and headed east, walking the length of the central business district to reach the Willamette River. Huge clubs of every persuasion, including gay clubs like C C Slaughters and Silverado, dominated the streets. Since it was lunchtime, few were open.

Portland’s old town, like every other urban center in the midst of being gentrified, was a perfect combination of swank and sleazy. Genuine homeless alcoholics loitered on sidewalks next to trust fund students merely posing as alcoholics. Wingtips mingled with Converse.

That was right, at least. But few spectators ever asked themselves who that authority might be.

Keith didn’t blame them—the spectators. They couldn’t know how many monsters existed in the world. Hell, his own agency, NIAD, went out of the way to make sure they didn’t know. The NATO Irregular Affairs Division, often simply called the Irregulars, had been tasked with the duty of policing other-realm traffic, beings, and artifacts.

NIAD policed NATO territories, providing justice for the wronged and infrastructure for the hundreds of thousands of unearthly refugees, diaspora, and émigrés who now lived hidden within NATO borders.

The array of agents employed by the department included rumpled old magicians, witches in business suits, and faerie lawyers as well as a wide variety of extra-human consultants. But the people who did most of the work were regular old human agents, like him.

Keith turned onto SW Stark Street and walked slowly, scanning the brick facades for arcane symbols hidden in the graffiti. He pulled his NIAD-issue glasses from their case and put them on. Through the enchanted lenses, he could now see that a few faint faerie signs marked the building. They were remarkably like hobo signs: circles, slashes, and arrows indicating what a passing extra-human might encounter. The building directly in front of him was marked “cream left out”.

Not surprising. It was an ice cream parlor. But Keith noted it all the same. If the owners left product out intentionally to feed passing extra-humans, they might have some other-realm connections. If this had been New York or Boston, the whole bottom six inches of the building would have been scribbled with vulgar Gaelic epithets left by leprechaun gangs. Here only a couple of marks had been left at ankle-level and they looked like elf work. Apparently one could find work with a shoemaker nearby. He walked up and down the street. Here and there other spirits had left their mark. He found some ancient Japanese cursive left by displaced yokai that had been overwritten in English by a local Native American salmon spirit.

At last he came to a telephone pole plastered with flyers and handbills for various shows, crudely taped and staple-gunned over one another. One caught Keith’s eye. Carefully, he peeled aside a flyer advertising a Dykes-n-Dogs singles meetup (canine companions welcome) to reveal the words:

A quick map search revealed that the restaurant was located on the city’s east side. The sun was setting now. As Keith predicted, his proximity alarm started to gently flash as more and more extra-humans emerged from their lairs, homes, and office buildings. Blinking green nine: vampires. Yellow two: pixies. Red three: goblins.

Across the water, the city’s east side with its hipster bars and award-winning restaurants beckoned, but Keith’s days of gourmandizing were long gone. Besides, the east side of Portland was known to contain the largest naturalized goblin population in the world. If he was going to go asking questions there, he’d need backup. Preferably backup that both spoke the language and understood the treaties that existed between humans and goblins.

Because of the necessity for human flesh for certain historic goblin rituals, NIAD, in conjunction with other human governments, had struck a bargain: ten death row inmates sent to the goblin realm every year, no questions asked. In return for this, the goblins had agreed to an extradition treaty that had curbed the ability of goblin human-hunters to disappear on the wild white mountainsides of their snowy kingdom. Keith could see how, when the deal was made a century prior, it would have seemed like poetic justice to render up a sinner to the tortures of hell.

The program had been largely effective, but not completely. Certain goblins still chose to hunt human beings. The only time Keith had ever used his mage pistol against a hostile was when he’d neutralized a pair of goblin butchers in an abattoir in Chicago. He wasn’t excited about the prospect of using it again. Avoiding direct conflict, through use of the greater communication skills provided by a translator or community liaison, would provide the most desirable outcome.

At least that’s what the NIAD field operations manual assured him and he was willing to give it a try, if only to sidestep filing the mountain of paperwork required by investigating agents who discharged even a single, laser-etched incantation bullet.

He phoned the field office for backup, then headed back to his hotel, stopping only briefly at a supermarket to purchase bread and cheese.

The a to Z of Plant Names: A Quick Reference Guide to 4000 Garden Plants by Allen Coombes
The Heiresses by Allison Rushby
Everything Is Bullshit: The Greatest Scams on Earth Revealed by Zachary Crockett
It's About Time (Hunt Family #5) by Brooke St. James
Chosen (Book #4 of the Vampire Legends) by Knight, Emma
1177 B.C.: The Year Civilization Collapsed (Turning Points in Ancient History) by Cline, Eric H.
Making Babies With Mr White (BWWM Interracial Romance) by Fielding, J A
Travels with my Family by Marie-Louise Gay, David Homel
DeadEarth: Mr. 44 Magnum by Michael Anthony
Secret Vow by Susan R. Hughes