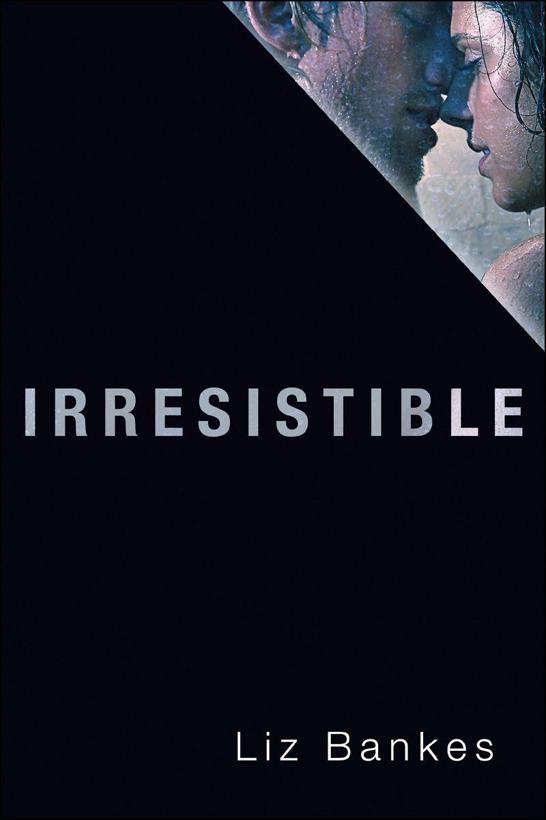 To Ryan, Tilly, and Billie
Best housemates ever

I wrote that in my diary in the middle of last summer.
To warn myself. In case I got sucked in.
In case I let myself fall for it.
In case I unleashed a whole load of trouble.
But I still did.

“Mia,” she says, pronouncing it to rhyme with “higher.”

I think about correcting her, but then I chicken out. It’s fine. I’ll just have a new name.

“Does that denote an exotic heritage?” she continues.

She watches me while I try desperately to think of something to say, then puts her hand over her mouth and mock-whispers, “I’m joking.”

“Oh, okay!” I am able to breathe again. “I think my name was Dad’s idea. He thought it sounded different. He wrote a song about it or something. I’ll ask him the next time he visits. They were, like, seventeen when I was born,” I try to explain.

She makes a small, polite cough that is definitely not polite.

I’m sure I’ve blown the interview. They probably don’t
let you wait tables somewhere like this if you start off by talking about your parents’ scandalous teenage pregnancy.

The woman looks down at her pad and then up again, as if she is erasing the past few minutes from her brain. She’s sitting on an ornate wooden chair in front of a massive window. There are shadows over her face; her white teeth and shining eyes poke through the darkness, making her more frightening. She would be beautiful, I think, if she weren’t so terrifying. Her blond hair is scraped back into a bun, and her eyebrows have been plucked into severe arches. When she looks up, she has a wide-eyed smile that looks more like the grimace of someone about to kill you.

“So, Mia, tell me a bit about yourself.”

“So I am assuming you have qualifications.”

“I lose touch with these things—at James’s and Dezzie’s schools they do the International Baccalaureate. More rigorous, they say, don’t they?”

I nod. Always best to nod.

“And what subjects did you take?”

“The ones you have to do, plus history, drama, and French. I also took a course in food tech.”

She’s looking at me like I’m speaking in Chinese. “Food tech might help prepare you for our restaurant, I suppose.”

“Yes … Well, we mostly designed egg cartons, but I can
cook things. My mom taught me her version of spaghetti with meat sauce. Basically you just add a lot of wine.”

I stop and think of the menu I saw when I was waiting in reception. “I mean, probably not the kind of wine you have here. Mom usually has a box of wine in the fridge, but you … probably … don’t.”

I’m doing that thing where I’m nervous and babble till I’m out of words. At least I didn’t mention the time my chili chicken kebabs made my stepdad, Jeff, violently sick because I didn’t turn the oven on correctly and the chicken was raw.

She smiles unkindly. “No.” She lets the moment linger. “But French … That may be useful. We have an international clientele.”

Hmm,
I think. Useful if they want me to tell them what I did on my vacation or to describe the contents of my pencil case.

“Well, why don’t I tell you a bit about Radleigh?”

She launches into a guidebook-style intro, which I start nodding along to. I mean, I did google the place. It has its own Wikipedia page, which talks about how Radleigh Castle has always been a hub for the rich and famous. It began as one of those authentic castles with knights and damsels and stuff. Then it was more of a grand stately home, inhabited by generations of dukes, before it was turned into a hotel at the beginning of the twentieth century. There’s a hilarious part about how, a few centuries ago, there was some club for “mischief” based here, which got a reputation for “lewdness” with rumors of unmarried women becoming “excited,” but that’s all stopped now. I am not surprised. The guests here look pretty old. I expect they spend less time being lewd and more time falling asleep in the middle of the day.

Radleigh’s Great Hall Restaurant is apparently famous for its “olde English” cuisine. That makes me think of pigs on spits with apples in their mouths. The restaurant is where I’ll be working if I get this job. I wonder if I would get free food.

This woman is on the Wikipedia page too. Julia Elliot-Fox. She inherited the castle and then married a banker named Richard, and they have two kids: James, who’s eighteen, and Desdemona, who’s thirteen.

Julia is just getting to the nineteenth century when I look up to the window behind her.

There is a boy standing there. Watching me.

He’s wearing a shirt with the collar turned up and shorts. There’s a cigarette hanging from his mouth and an expensive-looking bottle in his hand. He’s got messy hair, a bit of stubble, and lips that make him look like he’s permanently pouting. At the same time that I’m wondering why he’s staring at me, I notice that I can’t seem to look away. He’s only slightly to the side of Julia, so I can look right at him while she’s talking.

It’s his expression. He looks like he’s smiling at some private joke. And his dark eyes seem to go right into my thoughts.

I force my gaze back to Julia, who is saying something about the war. I nod in a way that hopefully says, “I am very interested in the things you are saying,” but my eyes flick back to the window.

The boy’s eyes are stern, like he’s examining me, but he still has the smile at the corners of his mouth. It looks like he’s about to mouth something at me when someone else appears in the window. It’s a girl, wearing a white shirt and black skirt;
I think she must work here, except enough of the buttons on her shirt are undone that you can see her bra, which is probably not part of the dress code.

She reaches out and puts her hand under his shirt to where the waistband of his shorts must be. He leans forward and kisses her.

And he’s still looking at me.

Her hands run over his chest, while his stay by his sides, still holding the cigarette and the bottle.

They move up against the window. He must be pressed right against her, and I suddenly wonder what the weight of his body would feel like. I wonder how kissing him would taste and imagine his stubble grazing my neck.

I take a sharp breath in and force my eyes away from the window. Why on earth am I thinking things like that? I don’t even know who the boy is. My hands, placed rigidly on my knees, suddenly feel hot, and I realize my mouth is dry. I’ve totally stopped nodding along to Julia.

The boy stops kissing the girl and takes a swig from the bottle. It has a dusty brown label. He hands her the bottle and kisses her on the nose, looking at me one more time. Then he reaches up and knocks twice on the window. He pats the girl on the butt, and then he’s gone.

Julia stops midflow and coolly turns her head to the window. The girl looks terrified and stumbles back, almost dropping the bottle in the process.

Although I can’t see her face, I can see that Julia gives a small shake of the head. She turns back to me and raises her eyebrows.

“Now. Tell me why you want to work at Radleigh Castle.”

The next ten minutes feel like ten years as I stutter and um my way through the interview. I don’t tell her how I’ve been daydreaming about saving up lots of money and not going back to school in September, perhaps arranging an internship somewhere instead, or just traveling around and coming back when I’ve spent all my money.

I want to do things like end up on a mountain somewhere at five in the morning and see a huge lake stretching for miles with absolutely no one else around, or wander around a city, trying street food and meeting people who take me to some random music festival or beach party with a bonfire—basically, doing the things I can’t do around here, the same town I’ve lived in for sixteen years.

Julia asks how I would handle the less-glamorous tasks, like cleaning the bathrooms. I pause. Mom’s not the neatest of people, especially when she’s had her book group (which
is actually more of a wine and cackling group) over and gives me £10 to clean up. And Jeff has an office that is essentially a mountain of paper and cups of congealed tea. Matthew is only seven, so he’s got an excuse for leaving a trail of candy wrappers and books behind him. Technically I’m the cleanest person in my house, but I don’t know if that qualifies me to handle the Radleigh Castle restrooms. I tell her I like cleaning toilets. She doesn’t say anything to that and just moves on to the next question, probably because my answer sounds pretty weird.

Finally, she asks me how I would deal with speaking to distinguished personages. I panic and say, “Curtsy at them?”

She says, “Well, I think we’ll end there,” and stands up.

As she walks me out, all I can think is,
Oh God, now I’ll have to be like Lizzie from school and take a job working for the fish man
.

The interview room is just up the corridor from the main entrance, and we walk back over creaking floorboards, past paintings of people in wigs. A dark wooden door at the end of the corridor looks like it leads to a cellar or secret passageway or something. I think how this would have been an awesome place to grow up. Because Jeff is a history teacher, we’ve been on lots of family trips to old houses and castles. I went through a stage where I was obsessed with ghosts and would deliberately lose Mom, Jeff, and Matthew in order to find the quietest, spookiest room I could, and then I’d stand there, waiting for ghosts to come and scare me. I’d read stories about “real life hauntings” and had been convinced that every creak or whistle I’d heard was the “gray lady” or “mad monk” finally appearing.

HASH: Human Alien Species Hybrid by April M. Reign
The Hunted by Haig, Brian
Her Perfect Match (Liaison #1) by Valerie Ullmer
To Be Free by Marie-Ange Langlois
The Case of the Murdered Muckraker by Carola Dunn
Breathe: A Billionaire Romance, Part 1 by Jenn Marlow
Amanda Scott by The Bath Quadrille
The Honourable Maverick / The Unsung Hero by Alison Roberts / Kate Hardy
Joplin's Ghost by Tananarive Due
Covert One 2 - The Cassandra Compact by Ludlum, Robert