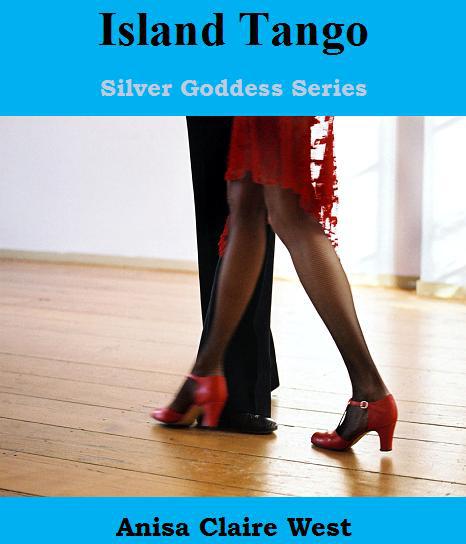 This is a work of fiction.  The names, characters, places, and events depicted in this book are either the product of the author’s imagination or are used fictitiously.  Any similarity to actual people, either living or deceased, is purely coincidental.

Dawn of a new Goddess
, w
hat color shall she be?

On Vinova she resides
, o
ver the island she presides

Addicted to the wine
, s
he thirsts for one sip more

Banishing the one she loved
, o
n joy she slams the door
.

---Verse One of
T
he Immortality Abyss

An Uncountable Hour of

She stared at the empty goblet on the
table and stomped one foot on
the porcelain floor.  Where was the man?  He was infuriating.  But, she must remember that he had only recently attained immortality and was still entrenched in the ways of the world.
He might have become lost off
shore, perhaps tangled in some overgrown vegetation.  Or
maybe
he was exhausted from the rising solar energy of midday.  She had trained him to embrace the dusk, and he could no longer cope with the stresses of diurnal life.

Bedazzling in metallic shine from the tip of her crown to the heels of her shoes, the Silver
Goddess
paced restlessly in her castle.  When would
that oaf
return with her elixir?  She hadn’t sipped a drop of red wine all day, and she could not drink it virgin.  She needed that precise mixture of herbs and spices to infuse the wine with a palate that no one on the island could resist.  One taste of the
magical
wine and she would drift into blissful oblivion.  The blinding sun outside would dar
ken
and cool.  One of her
virile
manservants would fan her, as she sank gracefully onto the silver bedspread of the canopy
to be
lifted into a hallucinatory sleep.

Glancing in the heart shaped mirror affixed to the dining room wall, the Silver
Goddess
smiled, her mood instantly brightened by the hauntingly beautiful reflection that greeted her.  A lushly curvaceous woman with shiny
dark
hair streaked with a single stripe of silver, the sorceress knew how captivating she was.  Her eyes were the color of green fire, blazing like an emerald prism when she felt passionate, and dar
keni
ng almost to onyx when she felt angry.

At this moment, as the clock struck one on the silver mantelpiece, her eyes became cold and deep as charcoal.  He had been gone for thre
e full hours, she fumed
.  And she had not had a morsel of nourishment all day.  There was no refrigerator in her castle, no freezer, n
o
cabinets.  Just a silver wine rack standing up against the wall, holding countless bottles of the finest Cabernet Sauvignon, Pinot Noir, and
Syrah
.  She licked her lips, yearning for the taste of her herb-tinged wine.
Opening the humidor on the counter, she pulled out a cigar and lit it up.

At that moment, the castle’s French doors swung open, revealing her lover, breathless, sweating, and clutching a paper bag to his chest.

“Here!” He roared, lunging forward and shoving the bag into the
G
oddess
’s avid hands.  “Do you know how much I have endured to procure this mix for you?  I nearly died in the process.” He seethed.

With a nonchalant wave of her elegant hand
and a puff of cigar smoke
, the
G
oddess
smirked.
“Nearly died?  Really, my Adonis?  You are fond of
histrionics
, aren’t you?”

He lowered his eyes, his face reddening even more, as he realized for the thousandth time, yet as though for the first, that he would never die.  He was destined to spend the rest of his life enslaved to the Silver
Goddess
.  He watched resentfully as she snatched her spoon from the glass table and began to prepare her wine.  She poured a luscious Tuscan varietal into the goblet, carefully dipping the spoon into the bag and retrieving a sparing amount of herbs.  Her eyes flashed like
lightning in a forest
as she stirred the herbs lovingly into the wine.  Inhaling the hypnotic fragrance, she closed her eyes and opened her lips, pressing them to the rim of the glass.

Reluctantly, her lover stared, as the liquid flowed into her mouth and seeped into her system.  There was no denying the woman’s overwhelming sexuality.  It had drawn him in once and for all time.  Reflexively, the muscles on his powerful body began to tremble, as perspiration continued to drip down his brow, moistening his wavy dark hair.  The Silver
Goddess
peeked at him from the corner of her eye and grinned to herself, knowing he was enraptured and her prisoner once again.  Today, before she surrendered to the hazy dreams of an herbal sleep, she would have her lover.  She drained the goblet without offering him any, then turned to face him.  With admiration she gazed up at his towering height, taking inventory of his large hands and chiseled features.

“My lover, come closer.  Won’t you join me?” She purred, as he followed helplessly up the coiling stairs to her cool, spacious lair that bred searing heat.

“My name is Thaddeus.” He said under his breath. “And I do not belong to you.”  The Silver
Goddess
didn’t seem to hear his softly spo
ken
words, as she slinked out of her robe
. Naked, she
glided into her bedroom, reclining upon the silver quilt.  Thaddeus helplessly disrobed as she watched him with greedy satisfaction.

“Closer, lover.” She purred and stretched like a kitten upon the bed.

“
Thaddeus
.” He gritted insistently while obeying her command and slowly approaching the silver bedpost.
“And you smell like cigar smoke, damn it.  Put on some perfume.”

She pretended not to hear him, but inside she was vibrating with fury.  Why did the man keep repeating his name?  Didn’t he know after all these years that it pained her to speak any man’s name except that of her beloved Pedro?

Pedro.  Momentarily, the Silver Goddess could see him on the edge of her vision.  There he stood, magnificent with his flawless bronzed physique, shirtless, barefoot in the scorching sand.  They had met in Ushuaia and traveled the continent of South America together, dancing the tango in Buenos Aires and attending
carnival
in Rio de Janeiro. One fateful day, he had mused how he wished their time together could be infinite.  Imagine if they could spend all eternity together.  He had
read
her
a poem with a
recipe
for immortality
.  Rapidly approaching her mid forties, the Silver Goddess had been fearful of
losing her youthful beauty.  With this potion, she would remain crystallized in all her plush vitality and allure.
Together, she and Pedro had ventured to the Island of Vinova
and imbibed
the
prescribed
wine and herbs.  The wine promised an eternity together.  Never would they grow old.  Never would they die.  Never would they part.

But they did part.
She forced herself to relive that irreversible day when ominous gray clouds had breathed across the sky from the tip of dawn, seeping into the sunshine in their hearts.
How many seasons had they spent together in genuine bliss?  How many blazing sunsets before their union became mundane and colorless?  She had ne
ver expected to tire of Pedro and feel the
fiery flush of passion
morph into
arctic indifference.  Each time he had looked at her in the days before she banished him, his eyes had shimmered with frost.  Pedro had been gone for 99 years, and she acknowledged with an unwilling sadness that some day, buried inside the Immortality Abyss of her own making, she would inevitably lose count of how much time they had spent apart.

Like tropical rain, beads of sweat patter
ed down Herculea Sanchez’s face.
Her kickboxing class
had run five
minutes over, she noted, frowning, as she glanced at the time on her cell phone.  Would she have time to drive home, shower, dress, and get to the meeting at the university?  She wiped
a
towel across her brow and
jogged
towards the locker room to splash her face with cold water.  As she moved, she felt a pair of eyes on her.  Sliding the towel off her face, she looked up and locked eyes w
ith a man she had never seen before.  Scandalized
, Herculea felt his midnight brown eyes bore into hers as he appraised her shamelessly.

Suddenly aware of how horrid she must smell after the vigorous workout, Herculea felt the urge to run past him.  She had lost count of how many lunges, jumping jacks, and squats she had done in the boot camp-style class.  The man seemed transfixed, though, and
was
transfixing her as well.  If she tried to run, she was sure she would stumble and fall, probably tripping over a treadmill and making a total fool of herself.  So she continued the staring game with the searingly handsome stranger, solidly muscled in his
black
shorts and
tee-shirt
.  Finally, he broke the silence, but did not let up his intensive gaze.

“
Buenos d
í
as, se
ñ
orita
.” He breathed like an incantation.

But with
the man’s unnerving stare and arresting presence, she doubted she could
speak
intelligibly in any language
.

“H
ello.” She said almost in a whisper, not sure if her heart was still pounding from
the intensity of her workout or
the thrill of this
unexpected moment.

“Hello.” He replied in subtly accented English.  “I spoke to you in Spanish because I thought maybe you are from my country.”

“What is your country?” She asked curiously
.

“Argentina.” The word swept his full lips like a caress.

“Ah, Argentina.  I love Argentina.  I was there for work once.  But I’m from Peru.”
The information spilled from her lips against her will.

The stranger’s eyes widened in further interest as he asked, “What work brought you to Argentina?”

“I’m a cultural anthropologist.  My research is focused on South America, and I was in Buenos Aires for a week to get information for an article on the origins of the tango.”
She continued her stream of information without even thinking.