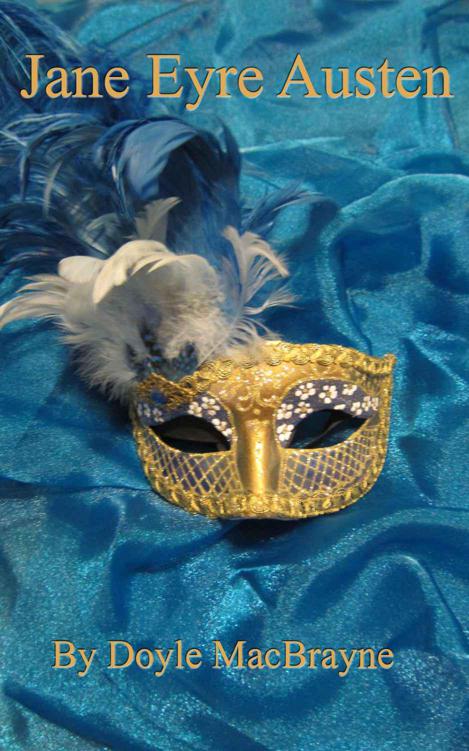 To Leslie and Frank, I love you both so deeply.  I thank you Frank for making my sister happy and loving her so completely.

Thank you, Leslie for reading and editing.  Patiently.  And not calling me an idiot.

Wednesday morning, Jane sat in the waiting area of Poole Enterprises, a large windowless room with lighted white paneled walls.  She tapped the wall wondering if it was frosted Plexiglas with lighting behind it or Lucite.  The furniture was chrome and black, and the floor was painted black wood, very sixties modern Jane mused.  There was one painting on the wall. It looked like a Kandinsky, or possibly something done by an ambitious toddler, she wasn’t sure.  She wore her best suit, a grey worsted wool suit designed by Edith Head in the fifties.  Conservative, professional, no nonsense, and a little quirky.  Her portfolio was sitting in her lap, balanced on her knees as she sat up extremely straight.  Her keys were digging into her thigh settled in her skirt pocket, and she wiggled her hand in and slipped them into her jacket pocket hating the bulge that it left, but sometimes function had to override form.

“Ms. Austen?  Mrs. Fairfax can see you now.”  The very pregnant woman nodded to Jane and she stood up and made her way through the door.  Inside was a different world, it was like she travelled from the 1960’s to the 1860’s.  The furniture was warm cherries and walnuts, and the walls were painted a dove grey with beautiful watercolor and oil paintings covering them.

Mrs. Fairfax stood up and shook Jane’s hand, “Jane, you look wonderful!  Emily and Madison miss you so much; you were always their favorite babysitter.”

“Thank you Mrs. Fairfax.  You haven’t changed a bit.  I appreciate you considering me for the position.”  Mrs. Fairfax pointed toward a chair in front of her desk, and instead of going around behind her desk, she sat at the other one putting Jane at ease immediately.

“Of course!  You know I thought of you when Michelle became pregnant.  I was hoping you would be available.”  She leaned forward and whispered, “I know that this is supposedly a temporary assignment, but Michelle has confided that she may wish for more than eight weeks of maternity leave.”

“I would be happy to stay as long as I’m needed.”  Jane pulled her Curriculum Vitae from her portfolio and handed it to Mrs. Fairfax.  “I’m thrilled that I can work so close to home.”

Mrs. Fairfax nodded, “How is your mother dear?”

Jane’s brows furrowed, “She’s well, about the same.  Physically she is as healthy as a horse.”

“Oh no, Mrs. Fairfax, you’re one of the few people who seem to understand her.  She still considers you a friend and asked me to pass on her salutations.”

Mrs. Fairfax arched a brow, “Jane, I think you would be perfect for this position.  I should like you to start immediately.  Michelle can train you over the next few days.  She’s scheduled to leave this Friday.  Would that suit you?”

“Oh yes!  Thank you.”  Jane sat back immensely relieved.  She had been dreading meeting Gray Poole, his reputation as difficult, brilliant, and eccentric had intimidated her.  Mrs. Fairfax, on the other hand, was sure she would be fine and that Mr. Poole would like her.

Jane spent the morning in Human Resources, filling out forms, going to meetings about company policies.  The rules seemed archaic, but she didn’t care.  She needed the job, it paid incredibly well for a receptionist.  She wanted a job that she could work nine to five, and leave at the office.  No complications, no scheduling conflicts, just out the door and on to her own life.

The afternoon passed quickly enough with Michelle explaining her filing system, and although it made sense to Michelle it seemed to have no organizational system that could be deciphered by another human being.  However, this was a temporary position, and therefore reorganizing Michelle’s system was out of the question.

Around four o’clock Mrs. Fairfax buzzed Michelle and asked her to have Jane come inside the office.  Jane smoothed her skirt before entering and stood before her desk.

“Jane, he needs some computer help.  Trust me, you can handle it.  I should warn you though; he has certain peculiarities which run in the same vein as your mother’s.”

Jane’s eyes widened, “should I indulge him?”

Mrs. Fairfax smirked, “oh yeah, let him have it.”

Jane nodded and stood before the door, suddenly feeling slightly weak in the knees.  Pooling her courage, she knocked on his partly closed door and waited for an answer.

“God dammit Cooper, get in here!” came the reply.

She cast her eyes down as she entered, “I’m sorry sir. Cooper isn’t available.  May I assist you?”  She entered the room quietly and stood patiently by the door.

“And you are?” he asked impatiently.   Not Cooper, clearly.  The young woman was dressed in an expensive suit, clearly designer, yet her shoes were inexpensive.   Her huge grey eyes seemed to be assessing him quickly, and he realized she didn’t appear to approve of what she was seeing.

She watched him warily; he was younger than she had assumed; perhaps late twenties.  His suit hung perfectly on his athletic build of a swimmer or maybe a runner.  His brown eyes alarmed her; they were deep chocolate, full of ire, surrounded by long lashes that seemed to be urging her closer.  He smirked, his upper lip thin and curling, his lower lip pouting slightly.  She felt a strange pull from the pit of her stomach and it pulsed with each beat of her heart.

She held his gaze finding her courage to speak, “I am Jane, sir.”  She watched his expression soften, amused.  His dark hair fell into curls at the ends, longer than she expected for a millionaire mogul.

His eyebrow arched, and he turned to look at the other man in the room.  He was older, probably in his fifties, avuncular.  Mr. Poole’s gaze swung back to her, “Just Jane?  Like Madonna?” The sarcasm of his words slapped the air.

Not quite the impression she was hoping to make on her first day with her new boss.  The words of Mrs. Fairfax, suggesting she let him have it tickled her brain.  She regained her calm, “my mother christened me Jane Eyre Austen, sir.”

He chortled and she could feel the blood rise to her cheeks.  “Your mother is fanciful I take it.”

He said the words to be artful, but it was a painful truth.  She bristled, “My mother hoped I would have some of the same qualities.”  She wished he would just get to the point, “how may I assist you, sir?”

Instead of answering he leaned back, a small smile playing at his lips and his eyes softened and warmed.  “How was it for you dear Jane, growing up with a name of such import?”

She held his gaze realizing he wanted to play a game she was definitely suited for.  She tilted her head slightly, her brown hair cascading to one side.  “In my early youth sir, I found it cumbersome.  Now I am proud and strive to honor the women for whom I was named.”

“From whence do you come?” his eyes twinkled now, and she relaxed.

“I was born in Atherton.”

“Where did you do your schooling?”

His head tilted, “I assume your program of study was Liberal Arts?”  He grinned, her answers were short and polite, and yet he wanted to see if he could rile her.

“Yes sir.”  She wished he would quit studying her so carefully.

“And did you excel?”

She raised her eyebrow and tilted her head, nodding slightly to answer his question.  “Sir?”

The gray eyes blinked at him, and his eyes traveled from her eyes to her form.  She was average height, and her suit hugged her curves nicely.  She looked professional and yet feminine.  Very feminine and much too young.  His eyes flicked to his computer, “I am unable to print.  Has your liberal arts education prepared you for handling such a situation?”

She bit her cheek to prevent herself from rolling her eyes.  “I believe so.”  She moved around his desk but he refused to move, so she waited patiently.  “Shall I investigate the matter?”

She refused to smile and instead asked tartly, “Ms. Eyre sir?  Do you think yourself Mr. Rochester?”

He chuckled, “I prefer Rochester to Brockwurst.  Who do you see me as, am I Darcy or Rochester?”

“I know not your character.”  She pointed toward his screen, “please sir, left click the windows symbol in the lower left hand corner.”

“My physiognomy then, what is your perception?”

“Having never met either man sir, I cannot say.” She answered airily, her eyes fixed to his computer screen.

He finally pulled up the window and she continued, “Please left click the devices and printers.”  She looked over at the printer on the corner of her desk.  “If you right click that icon there sir, and then select set as default printer it should work.”

He followed her directions and she stood up.  He pulled up the document he’d been attempting to print, and printed it once again.  This time his printer started humming and spitting out the pages.

“Tell me; are you accomplished?” he asked.

She returned to the other side of the desk and looked at him puzzled by his question.  “Sir?”

She felt the flush return to her cheeks, “Yes sir, I have been well educated to the best of my natural talents.”

Home Fires Burning (Walking in the Rain Book 2) by William Allen
Saturday (Timeless Series #6) by E. L. Todd
The Psalter by Galen Watson
By Love Enslaved by Phoebe Conn
Return to Oakpine by Ron Carlson
Teetoncey by Theodore Taylor
Breeding Wife by Mister Average
Waterways by Kyell Gold
The Rite: The Making of a Modern Exorcist by Matt Baglio
The Chronicles of Draylon by Kenneth Balfour