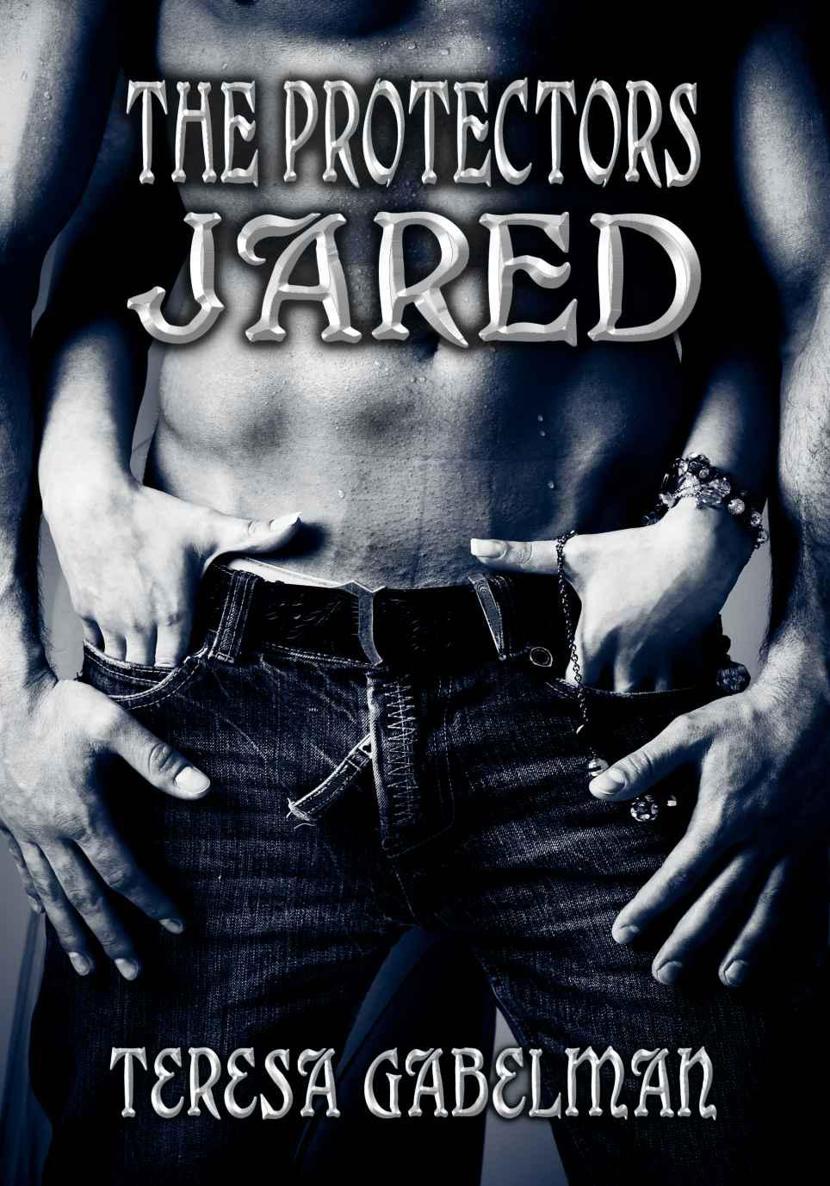 All rights reserved. The right of Teresa Gabelman to be identified as the author of this work has been asserted in accordance with the Copyright, Designs and Patents Act 1988. This is a work of fiction and any resemblance between the characters and persons living or dead is purely coincidental.

I want to thank every reader who took a chance on a new indie writer and read Damon. You will never know what your support has meant to me.

I also want to thank those, who most likely, looked at their caller ID and cringed when they saw my number. Kelly Perkins, Marlene Kenton and Emma Treadway, you are the best. Thank you so much! Without you I would have had to enroll in an English course because my punctuation….well it sucks…big time. So thank you very much for your tireless editing and reediting and then final editing.

Also, I want to give a big shout out to Becky Johnson, Katie Shelby, Jenny Bynum, Jacquie Talento, Crystal Bozeman Clifton and Heaven Lyanne Flores. These women have selflessly helped me more than I think they realize and I love them all. So thank you from not only me, but all the authors you have helped without asking for anything in return. You keep us going. Thank you so much!

To my husband and son, I love you more than words can say. Even with your busy lives you stop and drop everything to help me. It never goes unnoticed and I can never express what your support has meant to me. Through the tears, excitement and freaking out, you are there even if you’re giving me the ‘what the heck is wrong with you look’, you are there and that’s all that matters. Thank you!

No author achieves their dreams alone. At least I know I don’t. So once again to
all
above, thank you and to those of you who I will meet in the future, thank God for putting me on this path. Meeting new friends is, to me, the best part of this process.

Jared Kincaid was not in the mood to screw
around. If Duncan had a clue what kind of
mood
he was in
,
he would not be sending him in to question Chad Evans
.
Duncan’s main focus had been keeping Damon calm
and Chad alive until they squeezed every bit of information out of
the bastard
.

Slamming the door open to the room they
used for questioning
Jared held back a smile when Chad jumped. He
wanted to
kill the stupid son of a bitch
so badly he could taste it
. Glancing at the two way mirror he knew Damon was there, his voice shouting inside his head to let him take a turn
. Taking a seat Jared sat so close to Chad they were almost touching.

“
Listen and listen good asshole.
”
Jared made a sudden move toward Chad grinning when the new
ly turned
vampire flinched, his eyes going wide with fear before changing back to hate. “
I’m going to ask you some questions and you’re going to answer them. It’s as easy at that.”

Grabbing Chad by the back of the head
,
Jared slammed
his
face into the metal table then just as quickly snapped his head back up with a hand full of hair. “
Wrong answer.
” Jared growled.
“The next person to walk in here is going to be Damon and let me give you a small piece of advice.”

Chad’s eyes bounced from the two way mirror
back
to Jared, tonguing his broken fang
,
compliments of Damon.

Knowing Chad was scared enough to piss himself
,
he continued with a smirk. “The last guy that was in the same chair you’re in now had Damon as his last interrogator.” Jared
hissed
. “It didn’t go so well and all he did was mention Nicole’s name. You
,
on the
other ha
n
d
,
tried to kill her.”

Jared ignored him. “Actually it was Jamison, the one you hired for the hit on Nicole.” Jared was
so
enjoying the fear in
his
eyes. “I see you do remem
ber.
What Damon did, well let’s just say
I’ve never seen anything like it and
I’ve
seen a lot of shit.”

Chad shifted nervously his eyes welling up. “What did he do?”

Jared shivered for effect because he really wanted to see this bastard cry like a little girl. “It’s almost
too
gruesome
to repeat, but I was behind that two way
mirror
watching
just
a
s Damon is now
.
Jamison remained closed mouth until he started talking about Nicole in a way Damon took offense to.”

“What the hell did he do?” Chad’s high pitched squeal was music to Jared’s ear
s
. Yeah, he was getting to
the
fucker.

Jared
played it out for a minute longer
,
looking from the glass back to Chad
making him squirm
. “
He t
wisted
Jamison’s head off with his bare hands
. I have never in my
thousands
of years
seen a
head bo
unce like that.
” Ja
red tried to make himself look
horrified but couldn’t help the slow grin spreading across his face. “
So
,
if you want to continue being a closed mouth asshole then by all means do it, but for your information
Damon is in my head right now wanting in here
.
T
o be quite honest
,
we didn’t get much out of Jamison at all. Damon is a wild man when it comes to his mate. He really doesn’t give a shit what you have to say.”

“I-I got rights.” Chad’s whinny voice was really getting on his nerves.

“You gave up those rights when you paid to be turned, kidnapped Nicole and tried to kill a human. Oh
,
and let’s not forget your attempt to kill a warrior.” Jared leaned in his face
,
his eyes black as night.
“So
,
you ready to talk now or do you still want to pull the tough guy act.”

Chad just sat staring at the table not uttering a word.

“Don’t say
I didn’t warn you.” Jared slammed
Chad’s
head into the metal table again just for the hell of it
. Standing Jared headed for the door.

“Wait.” Chad tried to turn, but the silver chains held him in place. “I did hire Jamison.”

“Already knew that.” Jared
stopped at the
door. “Who turned you?”

“I don’t know.” Chad replied, but added when Jared reached the
doorknob
. “I know the address where I went.” Chad rattled off the address.

“What else can you share about your little adventures in child trafficking and blood trade?” Jared took a step back toward the table knowing he was winning this battle. The asshole was about to blab. “Who were you reporting to?”

“I don’t know that.” Chad spit out, but hurriedly added before Jared turned
to leave
again. “I always got a phone call. They seemed to know when kids were getting ready to hit the
S
ocial
S
ervice
D
epartments. I just got a name and what family to place them with. Any money was sent to a PO box.” Chad went on to blab the
address
.

“What phone number were you given for contact?” Jared pushed.

“They always contacted me with a blocked number.” Chad seemed to be relaxing which Jared didn’t like. He wanted more information and knew
he
had more.

“Well Chad
,
I hate like hell to have to do this because the last time it gave me nightmares, but I think you know more. Too bad we won’t find out what it is.” Jared opened the door yelling down the hallway. “Get Damon. I’ve done all I can do.”

“No.” Chad struggled with the chains, almost tipping his chair over. “Wait
.
T
here’s something else. I just remembered.”

Jared rolled his eyes before turning around. Funny how a little scare
can remove one’s head from
one’s
ass
. “It better be good.”
He turned walking back toward the table. If it wasn’t
good he was going to slam
his ugly face into the table one more time.

Before Jared could make it to the table
the door
burst
open
bouncing off the wall. A woman holding a gun
rushed
into the room
,
the gun trained right between his eyes. If he moved fast enough he could…..

“Don’t even think about it
,
warrior.
I’m a sure shot and I hear silver is bad for your health
” The woman
clicked
the trigger back. “
Now grab that chair and move nice and slow to that corner and sit.”
Her head tilted to
where she wanted him to go
.

Jared growled, but did as she ask
ed
. He glanced at the two
way mirror wondering where t
he hell everyone was. He tried to reach them
with his mind
, but there was nothing but silence.
He sat down
slowly
glaring at the woman
,
trying to keep
control. He didn’
t like the fact
they
had the upper hand. Yeah, his male ego was taking a serious hit.

Someone else moved quickly into the room slamming the door shut. Grabbing
a
chair he wedged it under the doorknob. Both wore baseball caps and sunglasses.
“We need to hurry.” A boy Jared figured
to be
around eighteen threw a bag at the woman. It hit the floor with a loud
clang
.

“Do either of you know who the hell you
’
r
e
dealing with?” Jared glared at both of them.

“We don’t want any problems with you warrior.” The boy replied
moving closer to the table
. “We want him.” He
pointed
at Chad.

“Breaking in here and holding a gun on me….”
His eyes narrowed
. “is a big problem.”

The woman handed the gun to the boy and bent down pulling out silver chains
from the bag
. “It’s nothing personal
so chill out
.” The woman stood holding the chains.

“Oh, I take it very personal.” Jared’s crooked grin was anything but pleasant.

“She’s going to chain you and if you make one move to hurt her I will bury a bullet right between your eyes.” The boy walked over tapping the barrel of the gun to
Jared’s
forehead.