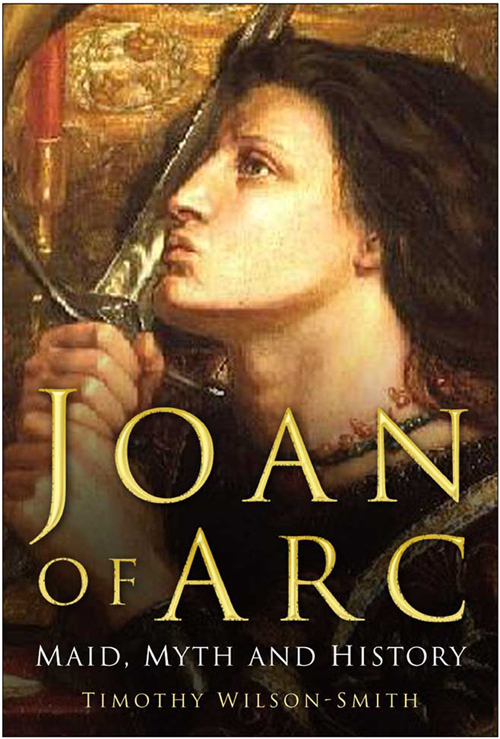 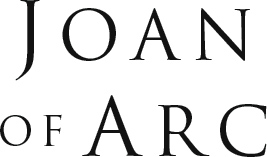 This edition first published in 2008

The right of Timothy Wilson-Smith, to be identified as the Author of this work has been asserted in accordance with the Copyrights, Designs and Patents Act 1988.

I
n 1428 a young girl, almost a woman, in a remote part of eastern France, believes that she is called by God, His angels and saints to revive the cause of the true King of France. She convinces the king and his theologians that she should be given a chance to prove her worth. She gives hope to dispirited soldiers, leads them to relieve a key city and recapture several fortified towns, then takes the king across enemy country to be crowned. She tries to take his capital city, fails and is sent away to campaign in an area of the country that is strategically unimportant. Without authorisation she rushes to defend a city her master had promised to give up, is captured and imprisoned. Wounded trying to jump from a castle, she is sold to the highest bidder, who is determined that she must die after a trial that will be technically independent of secular authority. On trial she shows a degree of composure that amazes some of her learned judges, but then she falters, admits she was deceived, abjures her abjuration, is condemned to death and is burnt as a sorceress and heretic – yet her last act is to call on the name of Jesus.

Joan of Arc, the girl-woman of this story, was so unusual a person that she has been the subject of many biographies, the protagonist of many plays and films, the theme of many statues and paintings. Of those who took part in what is called the Hundred Years War she has proved to be by far the most fascinating participant. Joan comes into history for a brief moment, was the centre of attention for a few months, and then disappears. She had a remarkable effect on those who fought with her before she was taken into captivity and ultimately killed, but the manner of her death, as a sorceress and heretic, must have left those who believed in her disillusioned and confirmed the suspicions of the doubters. She had been a comet in the sky, exciting to observe, quick to evaporate.

In the fifteenth century the Church knew what it considered to be a saint. There was a long tradition of writing hagiography and yet nobody wrote about Joan in a way that conformed to the stereotypes. There was a time when priests had told the story of holy men and sometimes of holy women in predictable ways. Signs alerted a pious mother to the imminent birth of a remarkable child. In childhood a boy was self-sacrificing and wise, he learnt to read early and preferred reading lives of the saints to tales of romance, he looked for an austere order to join, he prayed for long hours, fasted often, was outstandingly submissive until raised to the role as abbot for which his gifts suited him. A fearless critic of powerful men, his eloquent preaching converted the weak and captivated the strong, he encouraged knights to go crusading, kings to rule justly, rich merchants to share their wealth, theologians to abandon their comfortable lives in a cathedral close, to meditate on his sermons in a secluded cell. Such a man was Bernard, Abbot of Clairvaux. An alternative scenario was that of the repentant sinner. Francesco Bernardone found the world attractive and was attractive to the world, a charmer whom it was easy to spoil. His renunciation was correspondingly drastic. He wanted not just to be poor but to have nothing; instead of the beautiful clothes his father had given him he wanted to be naked and to find beauty only in the natural world. He welcomed repulsive lepers and at the end of his life was the first man said to experience the stigmata, the five wounds of Christ, on his hands and feet and at his side. Nobody who wrote about St Bernard or St Francis had any difficulty in accepting that the men were saints. In each case their lives were marvellous in a remarkable and convincing way; at some stage such a saint performed miracles that demonstrated his sanctity to the sceptics – and so they did. Within a few years of their edifying deaths each had a feast day in the Church’s calendar. None doubted their status.

Joan of Arc fits into neither category, and not just because she failed to perform any miracles. She showed some ability to predict events and to know what had happened without having had any obvious means to know it, but there were few such instances. Most of the evidence of her religious character comes from trials whose verdicts were contradictory – one in 1431 that led to her conviction, others in 1452–6 that led to that conviction being declared unsafe. It took almost five hundred years after an English soldier had declared ‘we have burnt a saint’ for the Catholic Church to conclude that she was indeed a saint.

This book is not merely an account of a life that was cut short in 1431. Its focus is also on Joan’s history, which in 1431 had just begun. That history ranges over many centuries and involves the work of writers, artists and
cinéastes
as well as of cautious scholars, Church or canon lawyers, theologians and the simply devout. It is a history that has involved passionate controversy, that has been disfigured by distortion and prejudice, but that has also been illuminated by honest attempts to understand a young woman, still a teenager, who came from an unimportant area of Europe to transform the military and political situation of a great country. The manner of her imprisonment, trial and execution dealt a blow to the high reputation of the inquisitions as an instrument of justice; it gave the French additional reasons to quarrel among themselves and to unite in their opposition to the English. Her rehabilitation produced new views on the relationship between the private revelations of individual Christians and the public revelation of Christ’s Church. Her claims for her voices still fascinate students of human psychology, but then her martial skills also distinguish her from all other women of her times. Most of those who wrote about her in the fifteenth century knew her only for a brief period or not at all, but her words at her hostile trial and the memory of her preserved by her friends give her an immediacy found in few figures from the distant past. With every year, as more and more research is under-taken, she becomes easier to know now than when she was alive; and it is this quality in her that justifies the writing of a book that sets out to explore the ways in which she matters as a person, as a cultural, a national and a spiritual phenomenon. The last time an English author made such an attempt was more than twenty years ago. Marina Warner, a formidably erudite feminist, categorises the various ways in which Joan has been understood and for those attracted to conceptual analysis her book must remain essential reading. This book has a different aim: to tell a saga that has taken almost six hundred years to unfold and is still unfolding. It is the latest in a series of attempts by an English Francophile to comprehend Anglo-French relations. It is also an attempt by a Catholic writer to come to terms with the grim fact that a political trial masqueraded as a religious one and with the encouraging fact that Joan’s unjust trial and condemnation soon forced Catholic theologians to rethink the value of private religious experience. Even in the early twentieth century those who thought she might be a saint were worried by her independence of mind: she was not one of them, for she was ill educated and she was not a nun. Above all, this book aims to explain how an extraordinary woman with flaws may be a saint or a heroine, yet accessible to all.

Nights With Parker by Tribue,Alice
Brighter Than The Sun by Julia Quinn
Lois Meade 14 - Suspicion at Seven by Ann Purser
Cado by Dyllin, D.T.
The Rules for Disappearing by Unknown
Beneath the Skin: de La Vega Cats, Book 3 by Lauren Dane
The Pledge by Howard Fast
The Brotherhood of the Screaming Abyss by Dennis McKenna
Calico Cross by DeAnna Kinney
Pegasus Descending: A Dave Robicheaux Novel by James Lee Burke