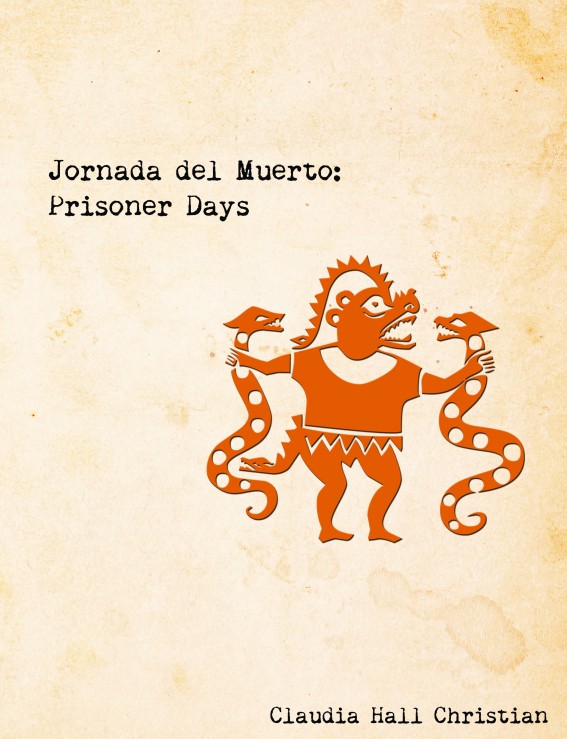 Who I Am
Lean on Me
In the Grey
Finding North

THE QUEEN OF
COOL

(
theQueenofCool.com
)
The Queen of Cool

This is a work of fiction.
Names, characters, places and incidents either are the product of
the author’s imagination or are used fictitiously.

For the Silent
Partner,
who frequently says:
“remove the head or destroy the brain.”

On July 19, 2489, after
four years of looking, I discovered the following document in the
ruins of what my team believes was the Santa Fe Penitentiary. It is
my belief that the following record is the journal of Emil See
Fwaha, Tewa Shaman, and all of humankind’s
great-grandfather.

I have authenticated the
text as originating from a Remington Noiseless typewriter. The
paper is consistent with that which was made in the 2040s. Carbon
dating indicates that the journal came from 2040 or 2050. Further,
the hand drawn image matches what we believe Emil See Fwaha looked
like, and many of the entries are signed with his mark.

The Tewa tell the story of
a Tewa Shaman and his trusted friend, together with a small group
of survivors, who restarted life in the Rio Grande Valley near
Chimayo. The shaman wandered the continents, bringing peace and
life to every area of the globe. Legend has it that this shaman
lived well past two hundred years before returning to the Rio
Grande Valley for his final resting place.

The attached journal
covers the month of November 2056. According to this journal,
great-grandfather left ancient Santa Fe for what he calls the
“Pecos Pueblo.” I have found this location on your historic maps.
When we receive confirmation that you have received this artifact,
my team will head to the next location.

My hope is to locate
another record of great-grandfather there. I will contact you when
I get there.

Thank you for your support
of this incredible journey.

I’ve never said, “I am the only living
person” out loud, even to myself. The idea of being on this amazing
planet all by myself is too daunting, too painful to believe.

After everything that’s happened? I cannot
imagine that anyone else is still living.

My great-great-grandmother told me that I
would be the only human soul left on the planet. She bugged me to
learn to write and read. She told me I must document everything
that happened. I thought she was a crazy old woman who loved me and
made great elk chili.

I underestimated her. Turns out, she was
right.

Of course, I haven’t documented anything. I
should have. In the middle of the fight, I forgot about documenting
everything. It’s not much of an excuse, but it is why I haven’t
documented this experience.

Computers are gone. The machines that once
controlled every single moment of every single human’s life no
longer function. Of course, they might function if we had
electricity, but we don’t. Cell phones? The Internet? That’s all
gone. The Internet went down a couple of years after the peak. With
no one to watch out for the old viruses, the Internet crashed due
to the Millennium Virus.

We had electricity for a few years before it
disappeared. Most “modern conveniences” were either destroyed by
the wasps or don’t work. It is more like the fifteenth century than
nearly the twenty-first.

George found this old typewriter somewhere
and brought it to me. It took him six months to find paper. Most of
the paper was burned either by survivors trying to stay alive or by
the wasps. Even here at the Penitentiary of New Mexico.

Ten years ago? Before all this happened? You
would have thought the Pen ran on paper. There was paper everywhere
-- paper files, paper documents, paper orders, paper rules, paper
signs, paper letters, paper pardons, paper court documents. An
entire rainforest of paper, one sheet at a time. That’s all gone
now.

I should write about George. It’s hard to
think about George without remembering who he used to be.

George was like the creator’s pinnacle human
accomplishment. He was everything good and everything horrible. He
was all impulse and drive -- lust, greed, rage, intelligence --
—wrapped in a monster of a man.

His skin gleamed black, like coal. His eyes
glowed like embers surrounded by a kind of mashed banana peel-brown
irises. He kept his hair long. When it was clean, it stood a foot
off his head in an afro. When it was dirty, it hung in his
face.

What I remember the most about who he used
to be was his hands and feet. His feet were at least fifteen inches
long, and his hands could easily palm a basketball or a man’s
skull. He could, and did, tear men apart with his bare hands. He
could, and did, squash a man with his giant feet.

Of course, his hands and feet are the same
now. His skin is the same color. His eyes still look like mashed
banana peels. The fire that made him seem so much bigger, more
imposing, and horribly dangerous then is now long gone.