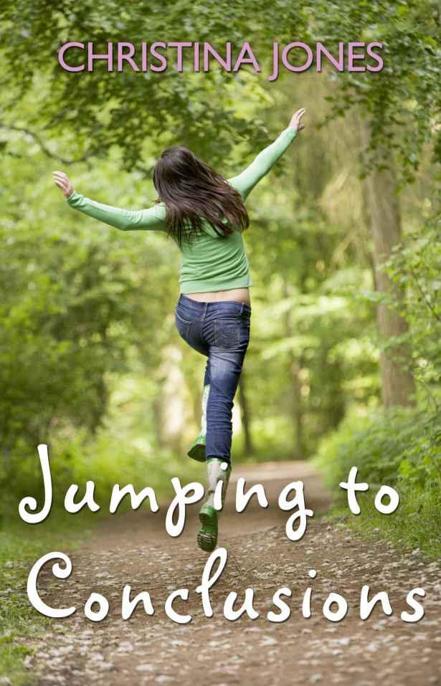 Published by arrangement with the Author

This novel is entirely a work of fiction. The names, characters and incidents portrayed in it are the work of the author’s imagination. Any resemblance to actual persons, living or dead, events or localities is entirely coincidental

To Susan Watt and all at HarperCollins with very grateful thanks.

To Sarah Molloy, my agent, for actions above and beyond the call of duty.

To Jane Wood and Selina Walker for all their help and friendship.

To everyone at Blackwells who employed me as a bookseller – I knew it would pay off one day.

To my cousins, Jill and Glen Hutchinson, for becoming pillars of Milton St John society.

To my mate, Tina Maloret in Jersey, who always wanted to be a fictional wicked lady.

To Lucinda Walker for her help with the chocolate croissants and for being a star.

For my eternal butterfly-chasers with undying love: Katie and Jeremy, Boris and Jemima, Allie and Trev, Dominic and Moz, Vinnie and Jack and Miranda. And especially for Sebastian, who simply broke my heart

On what had to be the hottest April afternoon on record, Jemima flicked the Beetle's indicator to leave the A34, and was almost immediately plunged into a maze of high-banked Berkshire roads. The faded three-legged signpost, lurching drunkenly amidst a tangle of burgeoning honeysuckle, suggested that Milton St John, Upton Poges and – yes, Tiptoe for heaven's sake, were now within her reach. Not for the first time as Floss chugged sluggishly through the heat haze, Jemima questioned her sanity.

Still beggars couldn't be choosers, and if she didn't make this move, she'd definitely be the former. Nearly homeless, completely jobless, and practically penniless, the choice was definitely Hobson's.

She'd had to leave Oxford after the hoo-ha over the party-thing. No question. No one could hang around after something like that. Even if her landlord hadn't slapped on an eviction notice, she'd have had to leave. And as she'd intended living in Milton St John from July anyway, the knock-on effect had just precipitated events.

It'd be okay, she told herself, edging Floss in the direction of the village. It would all be just fine. This would tide her over until the shop opened. Give her a breathing space. She'd found somewhere else to live – almost. And she had a new job – practically. And if the two things could just marry nicely together then there wouldn't be a problem, would there?

Immediately after the party débâcle, Jemima had donned dark glasses, convinced that everyone in Oxford
knew,
and bagged a table in Littlewoods cafeteria which was the last place Petra would go – so she knew she'd be safe. Buying a coffee with what remained of her small change, she'd scoured
The Newbury Weekly News,
confident of finding short-term work and accommodation before the summer opening of her bookshop in Milton St John. She'd felt, having hit rock bottom, there was only one way to go. Ten minutes later she wasn't convinced. She had never wanted to read the words Norland Nanny again. Neither was she particularly keen on Cosy Companion, or Housekeeper Handyman. Hotels all seemed to want honours degrees, and was she really cut out for a Genteel Gentleman Seeking Similar Soulmate?

Jemima had pushed the newspaper away across the mock woodgrain Formica and tried to avoid the eye of the table-clearer by draining her empty coffee cup for the umpteenth time. Maybe she'd opt out completely and become a New Age Traveller for three months; Floss wouldn't look out of place in a convoy of ancient and dilapidated vehicles. Or perhaps she'd get a job swabbing decks on a cruise liner. Or maybe she could be a chalet maid at Butlins for the summer season ... She had sighed heavily. It was pretty galling to discover at almost thirty that you weren't actually qualified to do anything except sell books.

The table-clearer had been hovering menacingly with a clutched J-cloth by this time, and Jemima had grabbed at the paper again in self-defence. Then she'd seen it. Tucked away at the foot of the column and rendered almost illegible by coffee dribbles.

Much to the table-clearer's amazement, Jemima had punched the air. Milton St John! Hallelujah!
Milton St John!
It must have been meant! The euphoria lasted all of thirty seconds. Yes, but – a
vicarage?
Wouldn't she be struck down by a thunderbolt? Regular church-going had never been at the top of her must-do list. Perhaps it wouldn't matter ... Perhaps God would turn a blind eye.

Deciding not to probe her religious conscience any further, she'd flashed a smile at the lady in the overall and natty hat, belted out into Cornmarket Street, and scribbled a letter to the Vicarage in a quiet corner of W H Smith.

Stunned at the speed with which Mrs Hutchinson – the Vicar's wife with the flat to let – had responded to her application, Jemima was pretty sure that there was something doubtful about the whole thing. Surely clergymen were supposed to be unworldly? Why on earth would they want to let out part of their Vicarage? And why – when she must have been besieged by replies from people bursting with the right qualifications like regular employment and hefty savings accounts – had the Vicar's wife invited Jemima who had neither, to view the flat?

With her thoughts miles away and her brain filled with the gauzy beauty of the downlands, Jemima brought Floss to a jerky halt at another overgrown junction. Although she had visited Milton St John four times previously to view the shop, she'd always approached the village from the main Upton Poges road. This time, coming in from the Lambourn end, she'd almost missed the turning. Which, she thought as she peered through the windscreen, was hardly surprising.

'Milton St John,' she said firmly to herself, 'here we come. And even if the Hutchinsons are Satanists, or Moon Children of the Sun, or Born Agains with hairy legs and acoustic guitars, I'll just join in with gusto. Anything for a roof over my head.'

Milton St John was at its most beautiful. The large houses swathed in Virginia creeper; the cottages with their overblown gardens; the fat brown stream curling closely beside the curve of the High Street; and all of it sheltered from the glare of the sun by a colonnade of horse chestnut trees.

Jemima stopped Floss on the lay-by outside the empty bookshop and felt a flutter of excitement mingled with pride. It was hers. Almost. The papers had been signed, the lease paid for, and the solicitors would soon hand over the keys. The shopfitters had finished, and the decorators were in. The publishers' reps had been to see her in Oxford, the suppliers had all been contacted, and the initial orders were placed. It wouldn't be long now before the signwriter inscribed '
Jemima Carlisle – Books
' in gold lettering on the dark green fascia. She had considered having something witty like Bookends, or Between the Lines, or even Page Turners, but eventually decided against it. It was a bookshop and it was hers. That was all it needed to say.

Locking Floss, she walked past the Cat and Fiddle, the Village Stores, and Maureen's Munchy Bar, and headed towards St Saviour's Church. There was a duck pond too, which she hadn't noticed on her earlier visits, and a small school, and a playing field. Everything in Milton St John appeared to be arranged along either side of the winding, dust-grey road. The Vicarage, on the opposite side of the street to the church, was almost totally obscured by bushes and looked slightly sinister in the throbbing heat.

The sun burned Jemima's back through her loose linen interview jacket. Her ankle length paisley skirt wrapped itself limply against her legs, and perspiration was gathering beneath her spectacles, making the bridge of her nose itch. No wind stirred the pastel froth of the gardens or disturbed the embryo leaves on the trees. Milton St John slumbered. There was no traffic, no children, no sound. Despite the heat, Jemima shivered and wished she hadn't reread
The Midwich Cuckoos
quite so recently.

St Saviour's Vicarage reverberated to a rather fruity Westminster chime as Jemima tugged on the bell-rope. She just knew that the door was going to be hurled open by a seven-foot monster with a bolt through his neck. She tugged again. The chimes echoed on for ever. Trickles of sweat snaked down her backbone.

'Can I help you?' a voice eventually echoed from behind a wildly overgrown lilac bush. 'If you're the van driver collecting the clothes for the jumble sale, they're all in the – oh ...'

No monster, no neck bolt, and no – as far as Jemima could see – acoustic guitar. Gillian Hutchinson was slender, pale-skinned, and wearing a silver-grey dress in some diaphanous material. True, she didn't look like a proper vicar's wife – no brogues, no tweeds, no twin-set – but Jemima's spirits edged up a little.

'Good heavens! Is it that time already? Have you been waiting long? Sorry, I was listening to the National build-up on the radio.' She smiled at Jemima's frown. 'The National. The Grand National... ?'

Of course. Jemima smiled back. No wonder Milton St John was deserted. Everyone breathing would be glued to the Grand National.

Gillian smiled even more. 'You poor thing – you must be baked to a crisp. So unseasonable! More like July. Come in and have something long and cool. I'm Gillian Hutchinson and I'm really sorry –' the laugh was gentle, but I can't for the life of me remember your name.'

'Jemima! Of course!' Gillian Hutchinson linked her arm through Jemima's and started to lead her through the very welcome shade of a shrubbery at the side of the Vicarage. 'I was in the summerhouse – that's why I didn't hear the bell. When can you move in?'

'Oh, I'm useless at this sort of thing. I know you're supposed to ask me questions, and I'm supposed to say there are dozens of other people interested in the flat, but there aren't of course, and – she surveyed Jemima with pale green eyes, 'you'll be doing me a huge favour if you say yes.'

The sacrificial virgins were beginning to surface again. Or was it drugs? Jemima's imagination powered into overdrive as she squinted at Gillian. Surely her eyes shouldn't be that bright? Her pupils that dilated? That was it! Drugs. She peered anxiously at the glorious borders in the back garden. All those tall glossy plants? Were they ... ? She wished she'd taken more notice of the drugs scene at the Oxford parties she'd attended. Having smoked a spliff once and been very sick, she didn't feel qualified to make an informed judgement.

'The summerhouse,' Gillian announced, tossing back her very un-vicar's wife fair hair. 'My bolt hole. Grab a pew. Sorry. Both very poor jokes under the circs. Glen would have a purple fit.'

'Glen?' Jemima searched around for somewhere to sit that wasn't awash with notebooks and typing paper and eventually perched on the edge of a deck chair. It wobbled alarmingly. 'Is that Mr Hutchinson?'

The Orphans of Race Point: A Novel by Patry Francis
The Last Street Novel by Omar Tyree
Stepbrother Forbidden (Stepbrother, Where Art Thou? Book 2) by Aya Fukunishi
An Intimate Life by Cheryl T. Cohen-Greene
Addy And The Smart Guy (Big Girl Panties #3) by Carter Ashby
The Samsons: Two Novels; (Modern Library) by F. Sionil Jose
The Lion Who Stole My Arm by Nicola Davies
The Summoning by Mark Lukens
Traffyck by Michael Beres
The War of the Roses: The Children by Warren Adler