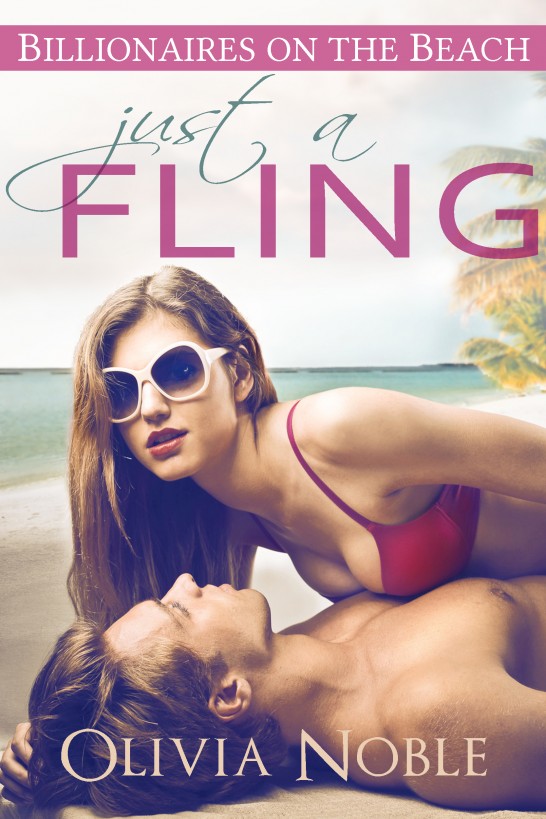 Billionaires on the Beach

The passengers of Flight Delta-084 were
jolted as the iron vessel sliced through the turbulent skies. A
young blonde woman gritted her teeth as she sat in the back of the
plane with her sleeping friend’s head resting on her shoulder. Eva
was not a fan of flying. She took great comfort in her friend’s
nearness, despite the uncomfortable weight of Nicole’s head. Trying
to breathe evenly, Eva allowed her eyes to anxiously dart around,
taking in the enclosed walls of the congested cabin. She found
herself scanning for the emergency exits.
It’s the safest way to
travel,
she inwardly reminded herself. Her fear was immediately
clouded with guilt.
Not that I should be traveling at
all...

Eva sighed. She had not ventured very far
from her mother’s side in the decade since the older woman had
become ill. Life in New York had been a hectic mess of trying to
excel in school while still being an attentive caregiver to her
sick mother. Now that she had left the city far behind, she could
not help feeling like she was forgetting something. Eva
never
neglected her duties.
I should be at home, and not
stuck on a plane going to the Bahamas,
she thought to herself.
If the plane goes down in a fiery blaze, I deserve it.
When
she tried to glance outside, she was met only with the dark storm
clouds that filled the windows. The plane shook again and Eva
gripped the arm rest of her chair tightly.

“Dammit,” she whispered irritably to
herself. Eva tried to curse quietly, but felt her friend stir
awake.

Nicole’s eyelids fluttered open sleepily,
and she smiled up at her friend. “Are we there yet?”

After a small giggle, Nicole stretched and
yawned. “You shouldn’t have lost the bet then, baby girl,” she said
smugly. “Just think of it this way: soon you’ll be able to get the
stick out of your ass and shove something a lot more fun between
your legs.”

“That’s not funny,” Eva said, wrinkling her
nose. Leaning back against the comfortable cushions of her seat,
she closed her eyes.
I really hate to admit it,
she thought
to herself,
but Nicole has a point. I do have trouble relaxing.
Maybe a vacation is just what I need. I do deserve one, don’t I? I
graduated with honors and made the Dean’s List.
She knew that
she should be proud of this accomplishment, but when she finally
received her final grades, she couldn’t seem to feel anything. She
never realized how much the workload had gotten to her until the
day that everyone around her was celebrating, but she felt like an
outsider. Eva was simply lost without a packed schedule and crazy
deadlines that took all her focus and energy.

She felt dead inside. Despite how much she
complained about the flight, she did look forward to blowing off
some steam—once she could remember how. The plane jarred again, and
a small gasp escaped her throat.

“The flight is getting to you, huh?” Nicole
asked sweetly. She placed her hand on Eva’s in an attempt to
comfort her friend.

The gesture was appreciated. Although Nicole
was often lewd, and never hesitated to attack Eva with endless
name-calling and bickering, there could be no better companion.
Underneath her rough exterior, Nicole was fiercely devoted and
protective. The two were best friends; closer than sisters.

“You know that I hate flying,” Eva grumbled.
After a moment of frowning, she finally sighed. “It might be more
than that. I’m a little on edge about my mom.” Her hand gripped at
Nicole’s for dear life as the craft started to descend. “I’ll call
her once we land.”

Nicole’s lips turned up into a soft smile
and she resumed her cuddling against Eva’s shoulder. “Girl, you
need to chill. Your mom made me promise I’d force you to have fun.
She worries about you. So if you really want to do what’s best for
her? Be a good girl. Your mission is to get drunk and party with
me—and go bang some gorgeous Caribbean men.”

Eva rolled her eyes. She was quite sure that
the latter event was unlikely, but she couldn’t deny her need to
have a few drinks and relax. She shook her head in surrender.
“Fine,” she told Nicole in a teasing tone, “but don’t get mad if I
throw up all over you.”

“Baby girl, if you throw up? You’re on your
own,” Nicole shot back, slapping her friend lightly on the arm.

“Oh? Well, see if I hold your hair after
your fifteenth shot,” Eva retorted. She grinned at Nicole,
appreciating the distraction their banter provided.

Nicole made a grunting sound that turned
into light laughter. “Let’s just hope the rain stops. What’s the
point of a tropical getaway if I can’t get a tan?”

Eva’s eyes drifted out of the plane’s
window, and she nodded in agreement. It was bad out there and
getting worse. She was starting to seriously pray that the plane
would land soon, and put her out of her misery. Being in the air
made her stomach queasy; it did not feel like a natural place for a
human being. More than anything, she yearned to place her feet
firmly on the ground—and only then would she think about placing a
drink comfortably in her hand. The constant shaking set her nerves
into overdrive and she clenched her teeth together, digging her
nails into the armrest.
We’ll be there soon,
she assured
herself.
Everything’s going to be fine. Soon I’ll be relaxing on
a beautiful sandy beach with not a care in the world, and this
flight will be a bad memory.

Eva was relieved to finally have her feet on
solid ground. With her fingers curled around the handle of her
luggage, she took several deep breaths to try and calm her racing
heart. The landing had been non-too-gentle, and she had been almost
certain of death for a moment. Of course, after this traumatic
experience, Nicole had ushered her out of the plane and through the
airport, toward the car rental area, without moment’s rest.

Now, as Nicole negotiated the details of
their car rental, Eva finally was able to gather her wits and
examine her surroundings. There was a bustling of people in the
airport, despite the dismal weather. Many were trying to get home
and waiting desperately for the storm to pass. It had taken the
girls a few minutes to navigate their way through the lively sea of
people. Eva’s eyes fell upon an old lady in a wheelchair, being
pushed by her daughter. A pang of guilt struck her again, and she
began fumbling in her purse for her cell phone.

“Got the car!” Nicole said cheerily,
grabbing her friend’s arm. “I think you’ll love it. Ready to
par-tay?”

Nicole frowned, snatching the phone from
Eva’s hands. “Hey, baby girl! What are the rules? We’re on
vacation, so no stressing! Your mom’s going to be fine.”

Eva sighed. She knew that she had a tendency
to worry too much, but her mom didn’t really have anyone else.
“Alright, I’ll wait until we get to the hotel. She’ll want to know
we made it there safe.”

“She knows,” Nicole assured her friend.
“Besides, you’re here with me! What could go wrong?”

Nicole snorted as she began to pull Eva
through the throng of tourists all eager for transportation. As
they moved outside, they had to cross through the rainy street to
get to the parking lot. Nicole ran through the rain, forcing Eva to
run behind her. However, at the end of their little trek was a
pleasant surprise for Eva. Her eyes opened wide as she stared at
the beast of a vehicle that was patiently waiting for them. It was
a sleek red Hummer that simply begged to be driven.

“Oh, baby,” Eva said lovingly as she dropped
her suitcase and moved forward to run her hands over the shiny
metal. “Okay, I take it back. Thanks for bringing me along.” It was
her favorite car, and she was touched that her friend had
remembered. Eva’s father had driven one when she was younger, and
it had always given her a feeling of security. Sitting in a Hummer
made her feel like she owned the road, and nothing could touch
her—like she was a Queen driving into battle with a tank. It was a
silly reason to like a car, but she enjoyed the fantasy.

“You’re welcome,” Nicole said happily as she
shoved their suitcases into the trunk. She moved around the car and
jumped into the passenger seat. “I forgot that it’s the bigger the
better for you!” she shouted.

Eva chuckled as she opened the door on the
driver’s side . “You know how I like ’em,” she said lightly. She
adjusted her mirrors, beginning to feel better about the excursion
with each passing minute. “I hope this weather clears up so we can
hit the beach. I could go for a swim.”

“Woot!” Nicole exclaimed. “What are you
waiting for? Put the pedal to the metal, girlfriend. I need to get
some liquor inside me, stat.” She winked suggestively. “And then
some other things.”

“I’m sure you’ll get plenty,” Eva said with
a grin. She looked around for a moment before turning the key in
the ignition. The palm trees swayed in the wind and heavy rain. She
could appreciate the primal beauty of it all, and she had to admit
she was enjoying the new atmosphere. It was a nice change from
concrete and skyscrapers.

American Way of War by Tom Engelhardt
Table for Two-epub by Jess Dee
Scaramouche by Rafael Sabatini
The Cairo Code by Glenn Meade
Roots of Murder by R. Jean Reid
More Than a Fantasy by Gardner, Bernadette
Beatles' Let It Be (33 1/3) by Matteo, Steve
Sassy Ever After: Bonnie Sass (Kindle Worlds Novella) by Erika Masten
What the Lightning Sees: Part Two by Louise Bay
Tempt Me When the Sun Goes Down by Lisa Olsen