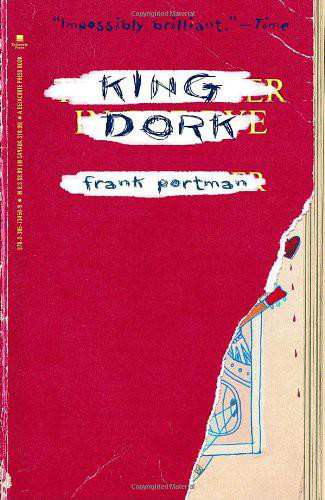 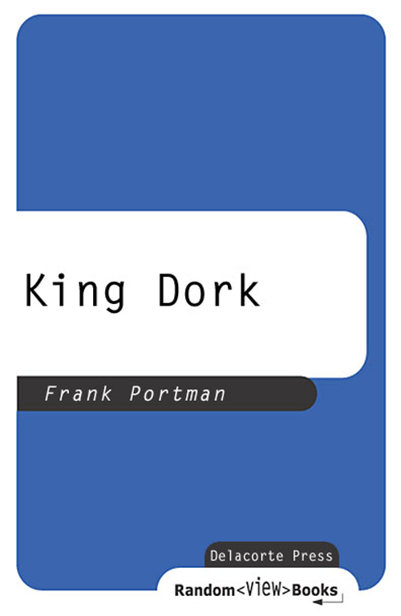 This book has been optimized for viewing 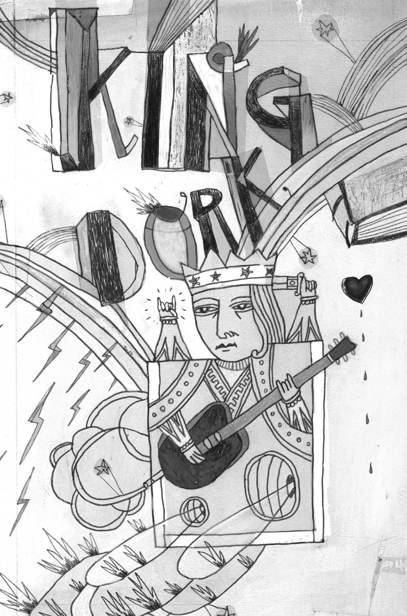 ★ “Original, heartfelt, and sparkling with wit and intelligence.

This novel will linger long in readers’ memories.”

—
The Bulletin of the Center for Children’s Books,
Starred

“A modern and arguably better (yes, I said it) version of the J. D. Salinger staple.”

“There is a lot to love about this book:
King Dork
is smart, funny, occasionally raunchy and refreshingly clear about what it’s like to be in high school.”

“I love this book as much as I hated high school, and that’s some of the highest praise I can possibly give.”

“This is the funniest, freshest, most original book of any kind that I have read in a very long time. It’s so damn good that I’m just happy there are people like Frank Portman writing books. Period.”

“Basically, if you are a human being with even a vague grasp of the English language,
King Dork
will rock your world.”

“Frank Portman . . . proves to be a born storyteller in this hilarious coming-of-age novel.”

“Loaded with sharp and offbeat humor.”

“The author’s biting humor and skillful connection of events will keep pages turning.”

“
King Dork
is well and away the best YA book I’ve read this year.

. . . It’s inventive and sexy, it’s fun to read and provides endless food for thought—everything I want from a book.”

—Melvin Burgess, author of
Doing It
and
Smack

“Portman . . . scores with a debut novel that’s funny, sharp, and spot-on at portraying a teen who sees musical stardom as more attainable than scoring with a girl.”

“
King Dork
is unique: a detective-story ode to hormones, teenage bands, and the books they make you read in high school. Hilarious, unflinching, and surprising from start to finish.”

“Just the thing for those snarky teens.”

“The ironically self-crowned dork narrator is a terrific guide through the scary world of high school.”

“Channeling the wisdom of a cynical rock sophisticate through the voice of a self-conscious fourteen-year-old misfit, Frank Portman has created a winning post-punk Hardy Boy equal.”

“
King Dork
reads like the diary of the funniest kid in school. . . .

Through Tom, Frank Portman brings to life the realities of high school and a dork’s triumph through sheer personality. His book is more like
The Catcher in the Rye
than Tom would ever admit.”

“
King Dork
is a funny, pointed poke in the eye to the bloated
Catcher in the Rye
cult, and also a fine alienated teen novel in its own right.”

the Pollacks: A Rock and Roll Novel 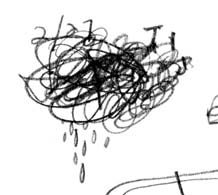 “A funny, intelligent, inspiring, can’t-even-put-it-down-when-I-go-to-the-bathroom story. Seriously, I vowed to only write about this well-publicized book after I read it myself, and I’m happy to report that it’s worth the hype.”

“This pitch-perfect mixture of
Veronica Mars
and
Freaks and
Geeks
exudes realistic, self-aware teen angst on every page, and should be a permanent addition to libraries alongside
Brighton
Rock, A Separate Peace
. . . and even
Catcher
.”

“The magic of
King Dork
lies in its cutting satire and narrative voice. It smartly skewers just about every aspect of the educational system. For readers who have suffered through a pep rally, detention or English class, Portman’s arrival is cause for regal glee.”

“In his book
King Dork,
Frank Portman takes on the high-school coming-of-age story with enough music what-for to satisfy the most ardent of music snobs. He also cuts to pieces
Catcher in the
Rye,
a job you might not have known needed to be done.”

My editor, Krista Marino, and everyone at Delacorte Press;
my agent, Steven Malk;

a division of Random House, Inc.

Educators and librarians, for a variety of teaching tools, visit us at

The Library of Congress has cataloged the hardcover edition of this work as follows: Portman, Frank.

Summary: High school loser Tom Henderson discovers that “The Catcher in the Rye” may hold the clues to the many mysteries in his life.

And afterwards, in radiant garments dressed

With sound of flutes and laughing of glad lips,

A pomp of all the passions passed along

All the night through; till the white phantom ships

Of dawn sailed in. Whereat I said this song,

“Of all sweet passions Shame is loveliest.”

It started with a book. If I hadn’t discovered it when and how I did, everything would have turned out differently. But because of it the first semester of sophomore year at Hillmont High School ended up way more interesting and eventful and weird than it was ever supposed to be.

devil-head, a blow job, and rock and roll. It pretty much destroyed the world as I had known it up to that point. And I’m not even exaggerating all that much. I swear to God.

I found the book by accident, in a sense. It was in one of the many boxes of books in the basement, in storage in case we ever got more shelves, or perhaps to be sold or given

away at some point. The reason I say by accident “in a sense”

hadn’t even known existed. And which was something else,

and which ended up opening the craziest can of worms . . . 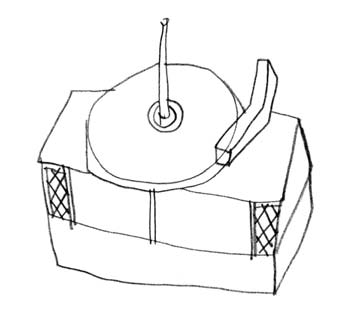