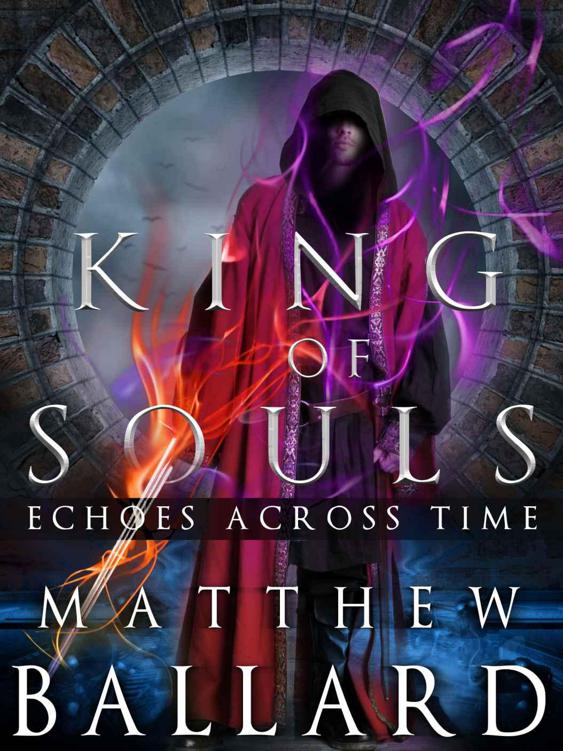 Queen For A Day

No part of this book may be reproduced, distributed, transmitted in any form or by any means, or stored in a database retrieval system without the prior written permission of the author. You must not circulate this book in any format. Thank you for respecting the rights of the author.

This is a work of fiction. Any resemblance of characters to actual persons, living or dead, is purely coincidental.

For my children Hannah, Sarah, Charlie, and Grace because I can’t pick just one.

A big thanks goes to Jodi Caron, Barb Ballard, and Chuck East for helping me make this the best book possible.

A stiff westward wind pushed the frigate Damocles nearer the frozen Meranthian coast. The shoreline's twinkling lights revealed the mouth of a forgotten port and a sleepy seaside town beyond.

The Damocles heaved forward navigating past black rocky outcroppings riddling the harbor’s entrance. Frothing waves pounded the frigate’s hull coating it with a thin layer of sea ice. Within minutes the Baerinese frigate would dock at the village’s narrow pier and change the world forever.

Tara bit her lower lip and fought back a gnawing dread sensation chewing inside her stomach. Since she’d felt the barrier drop four months ago, she couldn’t shake the feeling. Even after they’d passed the barrier’s former position, she hadn’t celebrated with the crew. She always trusted her senses, and this place felt wrong.

Tara pulled away strands of thin auburn hair plastered across her eyes and blood-red lips.

The vacant expression she’d painted on her face betrayed the emotion boiling just under the surface. She stared into the sea’s churning white caps and struggled to recall the last time she’d set foot on Meranthian soil. Those memories still haunted her. Memories she’d worked hard to forget. Would these strangers remember her? Had they remembered Elan?

Behind Tara, the top stair leading from the Damocles's lower decks groaned under an intruder's weight. The intruder paused as if assessing Tara's shifting mood.

A series of deep hollow thumps echoed across the wooden deck as the intruder’s footsteps moved nearer to Tara. A dozen feet behind her, the footsteps paused while their owner remained silent.

“Is the crew ready General Demos?” Tara hadn’t bothered to check behind her. Among Baerin’s soldiers, only General Demos would approach her unannounced. If he’d wanted to surprise her, she wouldn’t have heard him coming.

The sound of waves crashing into the rocky shore filled the night’s chill silence. “Yes mistress. We’ve prepared just as you ordered.” The hissing cadence of General Demos’s voice rose above the crashing surf.

“What of the village guards General?” Tara said half glancing over her shoulder. “I don’t want anyone sending word inland. I don’t have to remind you, of all people, the criticality of that point.”

“I’ve sent scouts ahead, but I’m still awaiting their return.” General Demos made no effort to step closer and remained a dozen paces behind Tara. “It’s a small port, mistress, I expect little resistance. Rest assured, we will secure the village.”

A heavy clawing ache settled in Tara’s chest. Had they discovered the scouts? In her weakened state she couldn’t afford any surprises. “Very well. When we make port, I want you to lead an escort and close off the village. No one can escape.”

Across the harbor, a trio of shadowy figures strode along the port’s single thin wooden dock. An oil lamp swung from the lead man's fingertips, revealing a pair of guards flanking him. The guards' polished armor and steel tipped pole-arms reflected the warm yellow lamplight. Along the pier, sleepy dock workers scrambled to tie off heavy ropes as they prepared to receive the Damocles and her crew.

A sharp chill sprang from the base of Tara's neck sending a shiver racing along her spine. How many times had she longed for simple human presence? Could a warm smile or a few friendly words alter a continent’s future? She wanted to forgive them, but they’d turned her away. They’d chosen.

Bitter rage still gnawed at the pit of her stomach like a festering wound. She’d bring them to kneel before her. She could find solace in victory.

The Damocles glided alongside the wooden dock. Her crew scrambled across the slushy deck tossing half-frozen ropes to the awaiting dock workers. As the frigate groaned to a halt, the thin, reedy man carrying the oil lamp scanned the ice covered hull from bow to stern.

He cupped his hand around his mouth and raised his voice. “Captain, from which port do you hail? We received no word of your arrival.”

“Pay him no heed general,” Tara said in a low hushed tone.

General Demos offered a short, stiff nod. He gestured toward a pair of Baerinese soldiers looming near the ship’s stairway.

Under a veil of darkness, the Baerinese crew dropped an iron gangplank that landed with a boom on the aged pier’s thin wooden slats. Atop the dock, the armored guards pushed forward swinging their pole-arms before them.

“Captain, my name is Fitzgerald Montgomery, Porthleven’s harbor master. By decree of King Ronan Latimer, I’ll not allow your ship entrance to my harbor until you’ve identified yourself.” Montgomery’s eyes narrowed, and his voice took on a frosty tone. “I’ll ask one final time, state your name and port of origin and prepare your ship for boarding.”

The pompous bureaucrat, Tara almost felt sorry for him.

General Demos appeared at the gangplank’s entrance flanked by a pair of Baerinese crossbowmen.

The Meranthian guards staggered backward and whirled their pole-arms on General Demos.

Harbor Master Montgomery’s face turned rigid with fear. “In Elan’s name, what are you?”

Tara understood their surprise. Years ago, she’d felt the same visceral reaction to the Baerin’s startling appearance. Tara set her shoulders back and strode across the ship’s deck watching the exchange with amusement. “General, you may proceed, but leave me the harbor master.”

General Demos lifted his hand, and motioned to the guards flanking him. “Release.” His forked tongue slithered over his thin human-like lips as he hissed the command.

The guards backed down the gangplank as their eyes registered panic.

A faint click sounded from the Baerinese crossbows setting their strings vibrating. With a silent thrum, fat barbed arrows raced from the soldier’s raised crossbows.

With a solid sounding thump, a black iron arrow disappeared into the lead guard’s throat. The arrow's steel fletching ripped through the soldier’s soft skin.

An unintelligible gurgle escaped the guard’s lips, his eyes set wide in mortal fear. The arrow's steel tip appeared at the base of his neck. The poor sod dropped to his knees and clutched his throat as blood and spit spewed in time with his labored breathing. With a final gasp, he fell face first onto the ship’s iron gangplank driving the arrow through his throat.

Tara shuddered with ecstasy as the man’s life ended. She longed for the sweet taste of a human soul after years of unending emptiness.

Before the second guard could react, a barbed arrow collided with his steel breastplate. A gaping hole appeared in his chest while the arrow sank into the solid meat of his exposed flesh. The wide-eyed guard screamed as the bolt’s force tossed him backward. He sailed three feet before slamming against the frozen pier.

Porthleven dock workers scattered like wharf rats scuttling away from the Damocles.

Tara smiled. It mattered little. She’d flush them from their dingy hidey-holes before the sunrise touched their skin.

The lit oil lamp slipped from Montgomery’s fingers and shattered spilling naked oil across the wooden pier. The harbor master’s haughty arrogance disappeared. He dropped to the ground, curling into a trembling blubbering ball. Using his arms, he covered his face and head as if that might spare his life. “Please don’t kill me. I beg you. I have children and a wife.”

General Demos stepped aside, and Baerinese soldiers poured from the Damocles’s lower decks. Soldiers and crossbowmen sprinted down the gangplank and took defensive positions along the pier.

Tara crossed the ship’s deck and stood beside General Demos. “Thank you General Demos. If you’ll secure any retreat from the city, I’ll manage the harbor master.”

“As you command mistress.” General Demos signaled for the crossbowmen and three more Baerinese warriors. The soldiers hustled along the harbor’s short pier before disappearing into Porthleven’s muddy streets.

Tara strolled down the iron gangplank. She knelt and dipped her finger in the blood pooling beneath the first guard’s corpse. She raised the hem of her white silk dress, careful to avoid touching the guard’s spilled blood. The thought of removing the troublesome stains from her clean dress exhausted her.

Tara slid her blood-drenched finger across her lips, and the tinny taste of human blood exploded in her mouth.

She closed her eyes and let the warm humming buzz wash over her body. Another guilty pleasure she’d waited years to experience.

Beside the trembling harbor master, the oil lamp’s lit wick hovered on the brink of extinction.

The mere sight of fire sent a jolt of panic crisscrossing Tara’s back. She placed her leather boot over the glowing wick and twisted her foot grinding it into the gangplank’s slick iron grating. “You could’ve started a fire with your carelessness and burned down my ship. Where would that leave me?”

“I’m sorry m’lady. I meant no harm.” Montgomery’s voice came off muffled as he kept his face hidden not looking up from his cowered position.

“But I think you did,” Tara said. “You wanted to send these armed men onto my ship. That’s not very hospitable, is it?” Tara crossed her arms and paused awaiting the man’s answer.

Tara enjoyed some groveling, but the man’s bootlicking bordered on annoyance. “Master Montgomery, who were these men?”

“They were good men m’lady.” His voice trembled, and he made no attempt to disguise his anguish.

Montgomery lowered his arms and sat up, but he averted his gaze from Tara’s. Tears stained his cheeks, and his bleary eyes betrayed the horrors he’d seen. He nodded toward the guardsman splayed across the gangplank. “That’s Sergeant Reed.” Using his sleeve, Montgomery wiped the tears from his face. “The man behind me is Corporal Oliver. Ollie and I grew up together.”

“Well, let’s see if we can help your friends. Okay?”

Tara opened her mind and found the spirits of the fallen men still lingering above their broken bodies. Using the last whispers of her stored energy, Tara latched onto Sergeant Reed’s dingy gray soul thread. Like a spider in her web, Tara next hooked Corporal Oliver’s soul thread. She spun the two threads together weaving them into a tight cord.

Shattered by Natalie Baird
299 Days: The Stronghold by Glen Tate
Pictures of the Past by Deby Eisenberg
The Good Sister by Drusilla Campbell
Sleepover Girls in the Ring by Fiona Cummings
Once We Were Human (The Commander Book 1) by Randall Farmer
Gunslinger by Mason, Connie
The Witch Thief (Harlequin Nocturne) by Devoti, Lori
Shadow's Pleasure: The Shadow Warder Series, Book Two (A Paranormal/Urban Fantasy Romance Series) by McGregor, Molle
Unison (The Spheral) by Papanou, Eleni