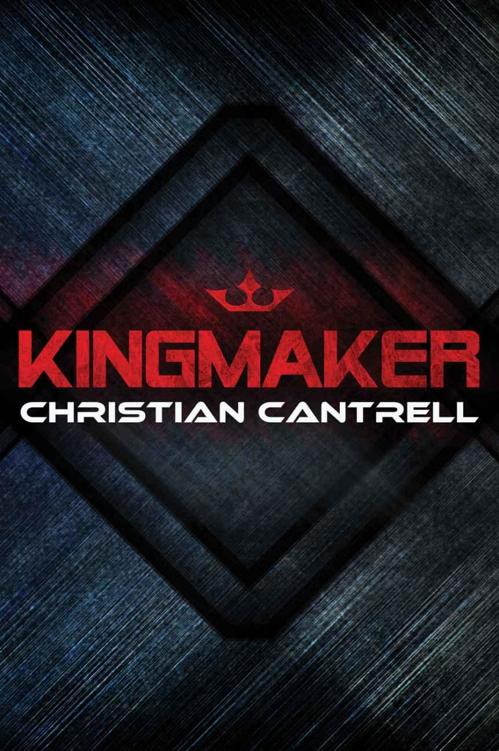 PART ONE THE END OF THE SILK ROAD

GIVE ME A LEVER LONG ENOUGH AND A FULCRUM ON WHICH TO PLACE IT, AND I SHALL MOVE THE WORLD
.

Grigori Kedrov was not called to the director’s office. He was brought.

The two men who escorted him never produced, revealed, or even hinted at the weapons beneath their coats. There was no need. At the moment of eye contact, there was an instantaneous nonverbal agreement: it was over, and the more Grigori cooperated, the easier it would be. Grigori watched the men for a moment, then placed the coupling he had been examining down on a bench. The two men kept Grigori between them as they walked, and they all ignored the astonished gazes of the other engineers.

As he was led into the dim, mahogany-paneled office, Grigori saw the one thing he hoped he would not: his wife. She was sitting in one of the two chairs in front of the massive, intricately carved oak desk. Her spine
was straight and her knuckles were pale as she gripped the chair’s ornate armrests. Grigori thought that she was bound, but when she turned, he could see that her restraints were self-imposed.

The man behind the director’s desk was not the director. His cold, slate-blue eyes were set slightly too close together, which gave him an unsettling and predatory stare. There we
re four other men in the room—two on each side. Their long dark coats were open and their hands were clasped at their waists.

In the center of the desk was a tiny aluminum microfilm canister.

Grigori and Tetyana had been working at KhSC since December of 1984. By then, most of the engineers from Chernobyl who were still able to work had been relocated to Moscow and assigned to the Zarya project. Zarya was initially designed as a propulsion module for the Mir orbital space station, but it never flew. It was later used as an upper-stage engine for the Polyus spacecraft—a weapons platform designed to use megawatt carbon-dioxide lasers to destroy American Strategic Defense Initiative satellites which were, in turn, designed to use directed-energy weapons to destroy Soviet ICBMs. After the fall of the Soviet Union—and in a remarkable spectacle of post–Cold War irony—NASA chose Zarya over a similar US-built option to be the very first module of the International Space Station. Although it was of Soviet design and was being built by a Russian company, Zarya was funded by the Americans, and therefore owned by the United States.

The hermetically sealed aluminum microfilm canister in the center of the director’s desk had been discovered behind one of the four earth-orientation instruments. It was not part of Zarya’s design.

When Tetyana saw her husband, she stood, crossed the room, and embraced him. All four men advanced from the sides of the room and began to separate them, but the captain snapped his fingers and waved them off. Let them, he said. He watched the man rock his wife and stroke her long chestnut hair. There is no harm in it, the captain told his men. All the harm that could be done had been done already.

The woman turned and started to speak to the captain, but her husband stopped her. He told her it was best not to say anything. The captain watched her with his cool blue eyes and said he already knew what she was going to ask, and that the answer was yes. Their son would be looked after.
He would be cared for and raised by the state. The captain did not smile, but his eyes softened. They needn’t worry about the boy, he told them. He assured the two traitors that he would personally see to Alexei’s well-being, education, and most importantly, to his training.

THE END OF THE SILK ROAD

Alexei Kedrov did not have a heart. He was the first agent of the Russian Federal Security Service to have it removed and replaced with two perfectly silent continuous flow centrifugal pumps that integrated flawlessly with his autonomic nervous system. The procedure was not done for health reasons—in fact, his heart was so robust that it was preserved in the Kremlin’s presidential tissue bank—but rather as a way to increase stealth; Alexei became invisible to even the most advanced heartbeat sensors employed by security systems, black ops units, and all forms of cardio-acoustic, antipersonnel ballistics.

An additional benefit to not having a pulse was the ability to pass for a corpse. It was rare that such a morbid aptitude proved convenient, but certainly not without precedent. More than once Alexei had gone unnoticed by covering himself with fistfuls of nearby purple glistening entrails and holding his breath while a soldier scanned him with his handheld electric potential sensor, attributed the minimal readings to residual brain activity, and moved on.

Before the procedure, Alexei was known as
Lev
, or “the Lion”—a testament to his intrepid nature and uninhibited ferocity. Afterwards he was called “Tin Man.”

Relinquishing his heart had saved Alexei’s life on several occasions, and now he was depending on it to help him start a new one. It was not generally difficult to get into the United States anymore since there were far more people making plans to leave than had dreams of immigrating,
but getting in without being photographed, scanned, and possibly even microchipped or isotoped (and henceforth monitored by the FBI, CIA, NSA, and/or Immigration and Customs Enforcement) was becoming increasingly problematic. Although there never seemed to be sufficient funding or consensus to pass legislation designed to help feed, clothe, house, or employ Americans, any initiative promising to track them more closely enjoyed lavish financial support and expedited nonpartisan ratification.

Given the current political climate, the state of American civil liberties, and the nature of armed conflict across the globe, it occurred to Alexei that the easiest way to penetrate the United States border without being identified or registered was probably as a dead enemy combatant. Rather than maintaining complex and expensive processing facilities all over the world, it was far cheaper and easier to hire contractors to load the bodies of suspected, accused, condemned, and subsequently executed terrorists into reusable carbon fiber caskets, transfer them onto freight drones, and send them off to labs in Northern California, South Carolina, or Texas, where the entire process of unloading, dissecting, analyzing, and finally disposing of remains was completely automated. Most insurgents entered the facility more or less anonymous, but by the time the carborane acids in which their limbs and organs were dissolved got sent out to be disposed of as hazardous waste, the United States had obtained photographs, measurements, biometrics, a full DNA profile, genealogical data, and several other data points useful in matching casualties to known targets, and more importantly, in helping to identify new ones.

The most abundant producers of enemy combatant corpses bound for the US were probably the “narco-cratic” nations of Mexico and Columbia, whose only remaining political parties were recent evolutionary offshoots of the Los Zetas, Sinaloa, and Norte del Valle drug cartels. Unfortunately, while constant paramilitary operations were certain to provide Alexei with ample opportunity, there were far too many ways between Russia and just about anywhere in Latin America to register on the ubiquitous and omniscient radar nets cast by any number of three-letter American agencies. Therefore the safest, most reliable, and most convenient option was Iran.

Alexei bought a Range Rover in Volgograd from a balding man in a lustrous, electric blue track suit who proved willing to trade cash for an unofficial and hassle-free transaction (which Alexei knew would later be
reported as a theft in order to justify the lack of documentation, and to yield a supplemental payment from the insurance company). The dealer even threw in a complimentary roof rack, several spare hydrogen fuel cells, and after the second time Alexei stood up to walk out, micro-weave floor mats apparently impregnated with stain-dissolving enzymes. Alexei drove the two thousand kilometers south to Tehran in a single day where he traded the Range Rover for a used BMW R 1400 GS Adventure motorcycle with massive titanium panniers and a computerized traction control system designed specifically for riding through sand. The dealer tried to sell him a helmet and several other types of ballistic protection (including a full-body, one-piece suit capable of inflating from neck to ankle in less than ten milliseconds should the built-in accelerometer suddenly report values consistent with an accident), but Alexei already had his own custom-engineered gear. With the cash left over from the deal, he bought two weeks’ worth of supplies, then discovered it was far easier to find prostitutes in an Islamic republic than a single liter of even mediocre vodka. His persistence eventually paid off, however, and he spent one more night at the Tehran Milad Tower before leaving the next morning for Dasht-e Kavir, or the Great Salt Desert.

He used his handset to monitor communications between military contractor outposts, the constellation of geosynchronous satellites overhead, and hundreds of both aerial and terrestrial drones in the region. It was programmed to look for a very specific set of criteria. Since he needed relatively well-intact corpses to blend in among, the most important thing was that the attack on the insurgents be conducted using some form of chemical agent or discreet directed-energy weapon rather than conventional or tactical nuclear ordnance likely to incinerate every solid object within a radius of five hundred meters. He also had to be able to reach the target in the brief window of time between when the last of the UAVs left the area and the body harvesting crew arrived.