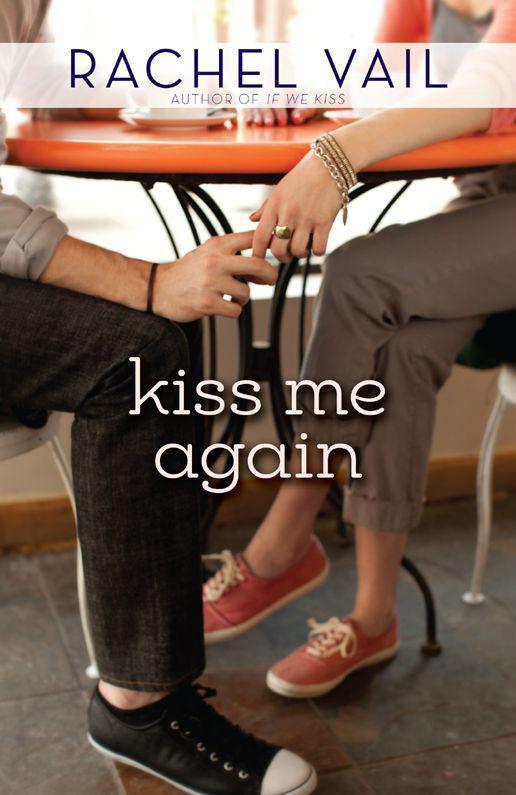 To Mitch, again and always

I TRIED NOT
to look at Kevin Lazarus’s lips, or remember how they tasted.

He was not only my former crush but now also my stepbrother, among other complications. I had just deftly dodged the kiss he’d aimed at my mouth by jolting my face up a few inches and kissing his forehead.

Yeah. Practically a ninja, that’s me. Quite the avoidance maneuver I’d pulled off there.

Wait. I kissed his forehead? Maybe that was a weird thing to do. Subtly but deeply weird. Like wearing a polo shirt buttoned all the way up.

A hint of a smile tipped up a corner of his mouth.

It occurred to me that I must have accidentally been looking a little bit at his lips, to notice that. Also that maybe I had accidentally said the thing about the polo shirt out loud, or that maybe he could read my mind. Or, maybe, he just wanted to smile because he was looking at me.

That thought made my fingers all go numb. They hung like swelling sausages from my hands. I sent up a silent prayer that he would not notice them and back away into the hallway, horrified, shrieking, “Ack! Sausage fingers!”

I decided to say a quick, firm
good night.
Kevin would get the hint and leave without seeing my fingers, and also without any other weirdness passing between us.

My mouth clearly did not get the memo. Instead of saying
good night
, it mirrored the semismile on Kevin’s mouth.

As I was panicking/overthinking this, a door closed down the hall. “What the …”

“Ew,” I said, and then articulately added, “Ew, ew, ew.” My mom and his dad, behind a closed door on their wedding night.

“Shhh.” Kevin reached toward my head and touched a piece of hair that had sprung out of a twist from my wedding updo. He twirled it around his finger. This was a problem because I am apparently allergic to Kevin Lazarus twirling my hair. It makes breathing very difficult for me.

“I kissed George today,” I announced.

“Okay,” Kevin said. His cheeks blazed pink down near his jawline. He stopped twirling but kept hold of that strand of my hair. I made sure my head stayed steady so it wouldn’t get yanked out of his fingers, though a part of me was like,
Okay? That’s it? Okay?
Because he’d been ready to kiss me on the lips and maybe even tell me he loved me ten seconds earlier. But now he hears I had recently kissed another guy, and all he can say is
Okay
? Really?

See
, I told myself.
This is why I like George so much better.
And our kiss, mine and George’s, was actually perfect. Dappled sunlight, under a tree, music playing in the background. No twirled hair. No foreheads. No sausage fingers.

“At the wedding,” I added, leaving off the dappled sunlight and other details. Overkill, I decided.

“We’re not going out or anything,” I said, cringing even as the hedging words left my mouth. “Officially. Me and, you know, George.”

“But I really like him. George.” I considered waggling my sausage fingers at Kevin’s blushing face, to drive him away from me. Like a hex. For everybody’s protection. “A lot. I really like George.”

“Mmm-hmm,” Kevin answered. Which I have to say completely pissed me off.

“So,” I said, willing myself not to add
And he really likes me—do you?
Or possibly, more honorably,
So get your darn non-sausagey fingers out of my hair.
“So we can’t, you and I can’t …”

“Can’t what?” he asked, despite the fact that we were standing so close we could smell the Crest on each other’s breath.

“This,” I whisper-yelled back. “This, whatever. Don’t act like … This. Together.” If I sneezed, he’d get knocked out from the head clonk.
Can’t what?
Please. Though, to be fair, I could have just walked away myself. If I fully meant it, about
we can’t
. But I didn’t want to be rude.

Or maybe we were magnets, me and Kevin, drawn irresistibly toward each other. Or maybe I was romanticizing and we were just two random ninth graders, overtired and confused and curiously addicted to flirting with each other.

“Okay,” he said, but didn’t step back, either. He might even have tipped a millimeter closer. If we simultaneously said the word
prune
, we’d be kissing.

Don’t say prune
, I warned myself.

“Okay?” I repeated instead. “Just—okay? You keep saying okay!” His hand fell to his side. My hair sagged in front of my eye. “You have to stop saying okay. Okay?”

“Do you want to kiss me?” he whispered back. “You just said you and George …”

“That’s right! Me and George. Yeah. And he, he, he really cares about me. He doesn’t just twirl my hair around his little finger and make me go all wobbly. He makes me feel … sturdy, in fact.”

“Not really. George is like—I made a random comment once about the weather report. George remembered, and he followed up on it.”

“In a romantic way. Forget it.”

“He was romantic about the weather report?”

“Never mind. What I mean is, unlike you, George doesn’t—”

I blinked. My eye juice had all dried up. I force-blinked a few more times, even though the insides of my eyelids had become sandpaper, so each blink scraped permanently disabling scratches into my corneas.

“That’s not what I meant at all,” I whispered.

“Charlie.” He caught my chin with his upturned right palm.

I didn’t think,
Wow, I really like kissing Kevin Lazarus.

I didn’t, for once, think anything.

I just felt my lips melting into the heat of Kevin’s lips.

My eyes, opening slowly, met his.

His thumb swiped lightly down my cheek. “You make me feel wobbly, too,” he whispered.

He walked slowly, silently down the hall. When he got to his door, he turned his face partway back to me. The smile on his mouth bloomed slowly. I watched it spread across the lips I’d just unforgivably been kissing. “See you in the morning,” he whispered.

I WOKE UP
tangled in my sheets, with morning light slanting through my window, and congratulated myself on the wisdom of waking up early to get ready. I checked my alarm clock.

What? It didn’t make any sense. I picked it up and shook it.

“You are not helping,” I muttered to it.

The post-wedding brunch was called for 10:30. I had a big six minutes.

I slipped into the bathroom, new clothes in hand, and locked the door behind me. Until the Lazarus family moved in, I had never even noticed if the bathroom door had a lock, never mind locked it. I took a really quick shower with a towel on my hair. There was new shampoo in there. Head and Shoulders. Well, okay, so. Kevin has dandruff, apparently. Too much information. His shampoo in my shower. Ugh, too weird.

I had to dry off all the way. No more air-drying for me. First time I’d ever gotten dressed in the bathroom, and seriously? It was humid.

I smudged a clear patch onto the fogged mirror to make sure I looked okay. A little discombobulated, but not awful, I decided.

Not as bad as the night I got home from Darlene Greenfudder’s horrible house party back in early February, when I drunkenly blurted to Tess in front of everybody we were friends with that I had kissed her boyfriend,
Kevin Lazarus
, while our families were away in Vermont together over Christmas break.

I never want to look or feel like that again. I obviously should have just told Tess immediately after I first kissed Kevin outside school in October. She was my best friend; we were supposed to tell each other everything.

Tess said that night of the horrible party that our friendship was basically over, forever. She still wasn’t hanging out with me or talking to me, but she had come by the wedding reception, on her bike. Though she said no to coming in and having something to eat, she did tell me to wish my mom good luck from her.

I took a deep breath and reminded myself that that was something. And also that I had been in the bathroom for a very long time and my hair was starting to frizz. I smoothed my tight gray brunch dress down in front and took a breath before I flung open the door. I could hear people downstairs and out back already.

Not good. I never oversleep. I like to have time to myself before I face people.

As I got to the landing midstairs, Kevin’s aggressively skinny grandmother smiled largely up at me and asked, “Do you know where they keep the bathroom?”

“I know,” she whispered conspiratorially. “Can you believe this house?”