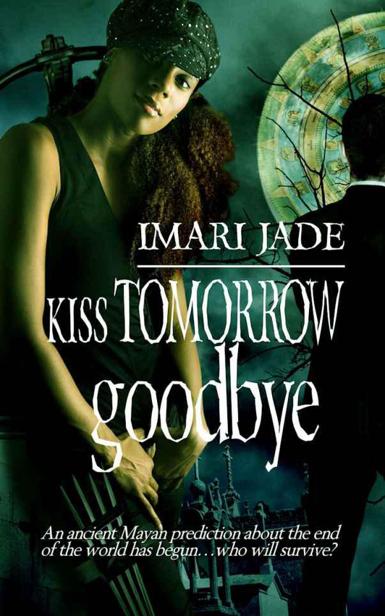 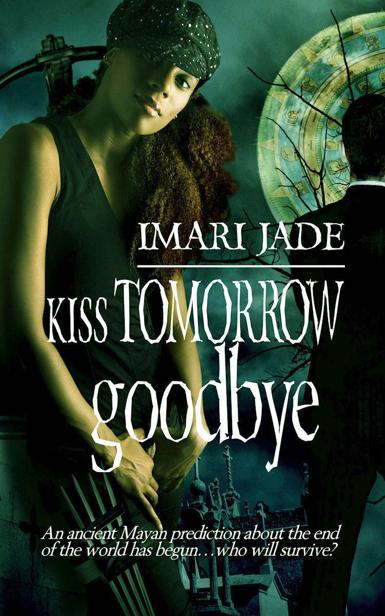 All rights reserved. No part of this book may be reproduced, scanned or distributed in any form, including digital and electronic or mechanical, including photocopying, recording, or by any information storage and retrieval system, without the prior written consent of the Publisher, except for brief quotes for use in reviews.
This book is a work of fiction. Characters, names, places and incidents either are the product of the author’s imagination or are used fictitiously, and any resemblance to any actual persons, living or dead, events, or locales is entirely coincidental.

To my mother, Willie Mae Bell, who got me interested in vampires at an early age. Thanks Mama.

Isabella opened her eyes and gazed down at her watch. It was 11:12 p.m. on December 21, 2012. The Earth was still there, the stars were still scattered across the sky and mankind had not been obliterated. “Stupid Mayans,” she muttered.

Isabella looked over to her left. Alesandro Roma, the present prince of the city of New Orleans stood by a tree nearby, looking super suave and uber-yummy in a black tailored suit and a blood red shirt. Every time she saw him her heart and her crotch did freaky thumping movements. Too bad she couldn’t trust his ass as far as she could throw him.

“Not really,” she said as she turned to face the master vampire. “But I kind of hoped. Things are pretty fucked up on this planet.”

The sound shattered her nervous system.

“Pretty much so, Bella, and there’s nothing we can do about it.”

“Don’t call me, Bella,” Isabella warned him. “That nickname is only reserved for my friends.”

Alesandro walked toward her and pulled her into his arms. “We’re friends aren’t we?”

“No, you just want to screw me. That does not make us friends.” Under the moonlight he looked almost human…almost. Deep violet eyes, creamy pale skin, short jet black hair, and a pair of lips to die for…literally. Isabella pushed him away. “Don’t give me a reason to stake you.” She turned and walked away from him. He was at her side within seconds.
Damn, he’s quick
.

“Stay out of my head, Alesandro,” Isabella told him angrily as they walked.

“To be fair you left your mind open and vulnerable. Though I expected to hear you think you wanted to make sweet, sweet love to me under the moonlight.”

Isabella sealed her thoughts and shook her head. The vamp was truly incorrigible. “Not likely. I don’t do blood-suckers.”

“Ouch. My feelings would be hurt if I had any,” Alesandro replied. “It’s not my fault that the Mayan calendar was wrong about the world being destroyed tonight. Look at it this way. You still have me.”

“I’d rather have a lobotomy.”

Alesandro snatched her from the ground and lifted her up in his arms, displaying his amazing supernatural strength as he flew them up above the trees. “Don’t fuck with me, Bella. I can slit your throat and drain you dry before you can utter your next word.”

Isabella offered him her throat. “Do it.”

Alesandro’s fangs sprung forth from his gums and he lowered his face into the crook of her neck.

Isabella prepared for the deadly bite. When it didn’t come she punched him on the nose.

Alesandro dropped her and she fell from the sky at a very fast rate. She looked down. The ground came up quickly to greet her. She closed her eyes, welcoming death.

“You are one strange young lady,” Alesandro told her.

Isabella slowly opened her eyes again and looked up into his face. Alesandro had her cradled in his arms like a baby as they ascended to the ground very quickly. “I’m not.”

Alesandro landed on his feet like a cat and he continued to hold her in his arms. “Why do you tease me so, Isabella? You know how I feel about you?”

“You have a piss poor way of showing it, dropping me like that.” She wiggled out of his arms and walked away from him.

“I could have bitten you and made you my eternal bride.”

“My father would have killed your ass,” Isabella said matter-of-factly.

“I am not afraid of your father,” Alesandro assured her. “He might have more muscle but I’m still older than he is, which means I’m more powerful than him.”

Isabella chuckled. “You’re too old for me. I don’t date old men.”

“What’s a couple of hundred years?”

Isabella rolled her eyes at him. She didn’t have time for his foolishness. He was very sexy but she would never allow him between her thighs.

“You’ll be begging me to make love to you before the end of the week.”

Isabella did not neglect to realize sealing off her mind hadn’t worked. Alesandro’s powers were growing stronger. She stopped. “What’s so important about the end of the week?” She had expected the world to end and hadn’t made any other plans.

“Because part of the Mayan prediction didn’t happen doesn’t mean the other part won’t,” he said to her.

Isabella ran the Mayan prediction around in her mind.

“Have you forgotten about
Wayeb
?”

Yes, she had.
Wayeb
was the five nameless days at the end of the calendar, and thought to be a very dangerous time. Portals between the mortal realm and the Underworld dissolved, which meant no boundaries prevented the hell-raising deities from causing disasters.

She walked away. “Shit, why didn’t the world just end?”

“She went home,” Alesandro answered. He sat down in his royal blue cushioned chair in the Cajun Cartel counsel chamber next to his best friend who was busy nursing a glass of substitute blood. “She’s pissed that the world did not end.”

Darius sighed. “She is a very strange young woman.”

Alesandro nodded. “That’s the same thing I told her.” He leered. “You should have seen her. She was all dolled up in black leather and silver accessories. The pants were so tight I could see every curve of that delightful toffee brown body. She stood there counting down to the Apocalypse, with her long curly black hair hanging down her back. All I could think about was how many different ways I could make her come and shout my name.”

“Oh, yeah. I forgot for a moment I was speaking about your daughter.”

“Let me guess. She turned you down again?”

Alesandro nodded. “I think I’m wearing her down. She only threatened to stake me once tonight.”

Darius chuckled. “You do know it’s not wise to mess with a homicidal vampire slayer? One of these days she’s going to slice your head off.”

Alesandro gulped. So true. Isabella Denning, in fact, was their worst enemy. She was born a dhampire…a product of a human mother and a vampire father. Such a creature was genetically programmed to kill all vampires, including their fathers. By some unnatural miracle there was a truce between them and her. He wasn’t holding his breath on how long it would last. “Anyway, she’s too busy worrying about
Wayeb
now to think about killing me.”

“She should be,” Darius agreed. “The world did not come to an end but there were some serious environmental changes at that particular moment. Kind of like what happened between our realm and the mortal realm.”

Alesandro frowned. Many years ago, four foolish Wiccan females cast a spell to open the realm between the mortal world and the Otherworld. Many of the inhabitants of the Otherworld escaped, which was the reason his ass was in New Orleans. Their king, Adjatay had sent him, Darius, and another vampire…an Aztec, Zolin to The Big Easy to keep an eye on the escaped creatures, until someone could find a way to either send them back or permanently seal the portal.

Adjatay had named him prince of the city, and kept Darius and Zolin there to help out with the creatures. Mostly they were there to keep an eye on him.

“You know we’ll never get a chance to return home to the Otherworld if it happens,” Darius reminded him. “We’ll be doomed to stay here forever.” Darius had his own personal reasons for not wanting to remain in New Orleans.

Alesandro thought about it for a moment. One of the stipulations about being in New Orleans set by Adjatay was, he and the others could not kill humans. On the other hand, he benefited greatly from being here. He had a couple of legitimate businesses, he’d purchased and turned the New Orleans Superdome into one of the largest casinos in the world. He was now a respected member of the community. Hell, he even had the mayor in his pocket. “So, what do you suppose we do?”

“Get the shades to check on the seal and then prepare for the worst.”

Shade was a cute name for the ghosts who guarded the portal since it had been sealed. They worked for cheap and felt right at home where they worked, since the damn fool girls had opened the portal in the middle of the Canal Street Cemeteries.

“Will do,” Alesandro replied. “But first I need to go to the casino to check on things and relieve Lucius.”

Everything in her being told her all was not right. Isabella stepped back inside the gates of the cemetery after she was sure Alesandro had gone. The shades guarding the gates instantly bowed and moved aside and allowed her to enter.

Instantly she felt the movement of the recently departed…those who hadn’t crossed over yet. They were easier to read than those long dead. She approached one of the marbled crypts and placed her hand against the cool stone. A bolt of energy soared into her body nearly knocking her off her feet. “Shit,” she muttered as she shook it off. “Someone is very pissed.”

Isabella walked around to the front of the crypt. “Herman Franklin.” The name did not ring a bell. “Died, December 12, 2012.” He had been interred only two weeks ago.

“Spirits of my ancestors awaken and fill me with the power.” The ground beneath her feet began to move. Isabella braced herself. Her mind opened and the spirit of Herman Franklin stood before her in full burial garb. For some reason his corpse showed no sign of deterioration. He was a white man in his mid-fifties with receding black hair. Someone had laid him out in a black suit with a white dress shirt, and pinned a blood red rose to his lapel.