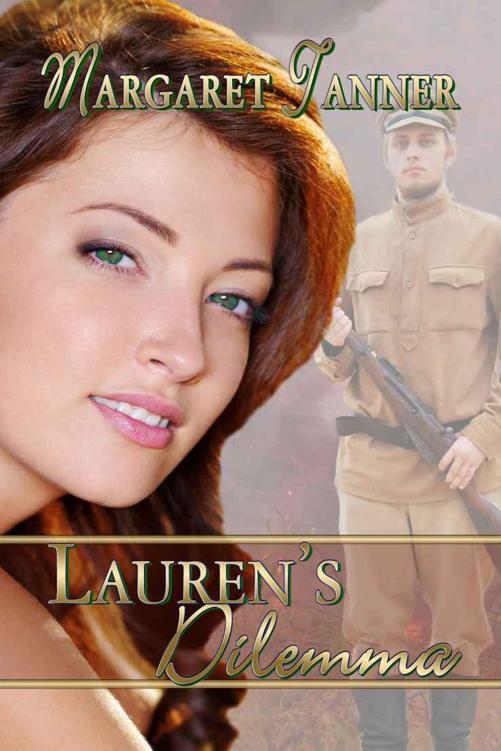 All rights
reserved. Without limiting the rights under copyright reserved above, no part
of this publication may be reproduced, stored in or introduced into a retrieval
system, or transmitted, in any form, or by any means (electronic, mechanical,
photocopying, recording, or otherwise) without the prior written permission of
both the copyright owner and the above publisher of this book.

“Come on,
Laurie, let's go for a walk, I've got something important to tell you.” Danny
Williamson's white teeth flashed against his tanned cheeks as he swept off his
hat and dropped it on the shop counter. His excitement was tangible, his eyes
glowed, and his face was practically slashed in two, his grin stretched so
wide.

“I don't
know,” Laurie answered cautiously, remembering her father's tirade from
yesterday about the wild company Danny had been keeping.

“Please,
Laurie, I want you to be the first to know. Uncle Alf doesn't even know yet.”

Staring
into his brown eyes she was dismayed to see the look of expectancy and
excitement beginning to fade.

“All right,
just a minute. Dad, would you look after things here for me?

Danny wants me to go for a walk with him.”

Matthew
Cunningham bustled through the curtain separating the shop from their private
residence. He glared at the young man who lounged against the counter. “What
are you doing here? Haven’t you got anything better to do?”

“No.” Danny
stood stiff-legged with his feet apart, but Laurie knew that his sudden
belligerent stance covered up some inner turmoil. “I've got something private
to tell Laurie.”

“Please,
Dad,” she implored, willing her father to let her go. “It's important, isn't
it?”

“All
right.” Matthew gave them a suspicious stare. “Remember what I told you. You're
seventeen now and should start acting like a young lady.”

“Good
afternoon, Mr. Cunningham.” Danny smirked as he picked up his hat before
following Laurie out of the general store.

“Why do you
keep on goading my father?”

“He asks
for it.” A scowl marred his boyish good looks “Doesn't like me, thinks I'm not
good enough to be seen with his precious daughter.”

“Don't say
that.” She touched his arm, but withdrew it as they passed old Miss Munro
dressed in her habitual long black coat and matching velvet hat.

“Silly old
cow,” Danny said. “It will be all over town in five minutes about us touching
in public. Wonder what the old biddy would say if I'd been kissing you?”

Laurie’s
cheeks burned with embarrassment. “Danny, please, Dad says people have been
talking about us. I have to be more ladylike from now on.” She tugged
agitatedly at one of her long auburn curls.

As they
made their way to the creek, a weak August sun tried to part the clouds. When
they came to the bridge they stopped. Danny stood with his back pressed up hard
against the rail, his feet apart, while she leaned on propped elbows staring
down into the fast-flowing water.

He shocked
her by saying. “You're beautiful, the only person in the world I care about.”

She edged
closer to him. He was a good eight inches taller than her five feet two inches.
Slim but muscular, his skin gleamed like polished teak from working out in the
open so much.

“I love
you.” A calloused brown hand covered her soft white one.

When she
recovered from the shock, the only words she could murmur were, “Do you?” This
was a different Danny from the boy she had grown up with, who had taught her to
climb trees and ride as well as any man. She had flirted with him now and
again, made him jealous by feigning interest in Wally Bryson, or goaded him
into losing his temper sometimes.

“Joined up?
You didn't!” Oh, he might get killed! Her mouth dried up and her heart felt as
if it were being squeezed in a vice

“Why?
You're only eighteen. Is it because I let Wally walk me home from the church
social?”

“No. I just
wanted some excitement, a chance to travel.” He punched the rail with a
clenched fist. “I want to get away from Uncle Alf, the miserable old bastard.
This is an opportunity for me to make something of myself. To save up so we can
get married. I love you.” He kissed her fiercely.

She
returned his kisses, liking the feel of his lips moving against hers. When his
tongue started a probing exploration of her mouth, she trembled but clung to
him just the same.

As soon as
he lifted his mouth away, she pleaded with him. “Don't go. I couldn’t bear it
if something happened to you.”

“Don't be
silly,” he scoffed. “I'll be all right. Let's go to our secret place for one
last time.”

“All
right.” She slipped her hand into his.

“You'll
have to write. I won't be much good at answering, though. I've joined the
Australian Imperial Force with Wally and Jim Bryson. We're leaving on the
evening train for Melbourne.”

“Of course
I'll write. You will be back again? I mean, before you go overseas?” She
shuddered and her limbs turned icy cold. She literally felt the warmth draining
out of them. The papers had been full of it, England
declaring war on Germany
and the Australian Government pledging its support to the mother country. To
the last man and the last shilling, the Prime Minister had vowed.

They ambled
along following the course of the creek, and Danny's fingers tightened on hers
every now and again. She knew they were heading for a small cave a mile or so
up from the bridge. It was so well hidden no one else had ever discovered it.

When she
was about thirteen, she remembered camping overnight here with him. The
excitement of doing something so daring had been ruined by the specter of her
father somehow finding out. She didn’t venture there again at night, but after
a row with his uncle, Danny often stayed there to save himself from one of
Alf’s vicious thrashings.

The cave
had become so overgrown she couldn’t find the entrance, but Danny let go her
hand and shoved the thick spiky bushes aside, holding them with his body so
they would not spring back and scratch her.

She inched
her way in, as the ground was rough underfoot. After venturing a short distance
into the hillside, the cave opened up into what was almost a room of solid
rock. Light filtered in from somewhere high above them, and she craned her neck
to catch a glimpse of the sky.

She jumped
when he came up close, knowing full well they should not be alone together like
this. If anyone ever found out her reputation would be ruined. Fear shivered
all the way through her.

“What's
wrong?” His warm breath caressed her cheek. “Are you cold?”

“I can warm
you up.” He gave a soft intimate laugh.

“Yes.” His
mouth closed over hers. This kiss was different from any others they had
shared. Fiercer, more desperate. He moved his tongue inside her mouth, probing,
exploring. When she entwined her tongue with his he moaned and trembled. His
hand slid up to cup her breast. An unfamiliar fluttering sensation stirred deep
within her stomach, butterfly soft at first but gaining momentum. Only when his
fingers started pulling and squeezing did she try to push him away.

“Please, I
mightn't see you for ages. Let me touch you. I love you so much. I’d never hurt
you.”

He moved
his body frantically against hers and she was shocked at what she felt. Things
had never reached this stage before.

“We should
go home.” Her voice rose with agitation.

He pushed
her hands up under his shirt. The feel of warm, hair-roughened skin against her
fingertips made them tingle. This couldn’t be wrong when they loved each other.

He fumbled
with her blouse and, when the buttons gave way, lowered her to the ground. The
sandy floor felt soft against her heated back. He rained kisses all over her
eyelids, the warm soft flesh of her throat and around her earlobes, until she
became a mass of trembling need. He caressed and suckled her breasts until the
nipples blossomed, his passion now out of control.

She tried
grabbing his hands as they fumbled with her skirt.

“Please,
I've got to.” He almost sobbed the words out. “I can't stop now, it will kill
me.” He trembled so much and sounded so desperate she couldn’t refuse to give
him what he wanted, not when he was marching off to war.

When she
felt the weight of his body pressing on hers she willed herself to relax. Danny
wouldn’t hurt her, not when he loved her so much. She couldn’t see what he was
doing, but she felt his hard manhood entering that forbidden part of her body.
He started frantically thrusting, and she cried out with pain as he took her
virginity. She began crying, great sobs racking all the way through her.

“Oh, God, I
didn't plan this, I swear.” He held her close, rocking her gently. “I just
wanted a few kisses and for us to be alone for a while. Did I hurt you?”

He was full
of remorse now his passion had cooled. He shouldn’t have taken her in a cave
like some wild animal. It
wasn’t
how he always dreamed
of making love to her, but his impending departure for the war had caused his
urgency to spiral out of control.

“Danny,”
her voice rose hysterically. “What if we made a baby?”

The consequences of what might befall her now
sent a terrifying shiver all the way through her. The shame. The scandal. It
would kill her father. She would be ostracized by decent society. The poor
little baby. What would happen to it?

He rained
kisses all over her hot wet cheeks. “You can't, not the first time. I'd ask
your father about us getting married straight away, but he wouldn't agree. When
I get back from the war I'll have some money saved up, so your old man will
have to give us his consent. The army's paying six bob a day.”

“I'm being
idiotic, aren't I? It's just… Do you still respect me?

I mean, you don't think I'm bad for letting
you?”

She didn’t want to lose his good
opinion of her, didn’t want him to think she was one of those girls everyone
whispered about. Harlots were what the pious old biddies called girls who let
men have their way with them outside of marriage.

“You’re the
best girl in the world.” The feel of his strong young arms allayed her fears.
After he left and she was alone, it would be sheer purgatory.

“We better
get back or your old man will start looking for us. God, if he finds out what
I've done he'd flog me worse than Uncle Alf ever did.”

“He won't
find out from me.” She stroked his chin. “You're whiskers are starting to poke
out.”

“I haven't
shaved for a couple of days,” he confessed with a wry grin. “Better tidy
ourselves up, we can check each other in the light outside. I love you, Laurie.
I always will, no matter what happens or where I go.” His voice was raw with
passion. “I’d have cleared off years ago if it hadn’t been for you.”