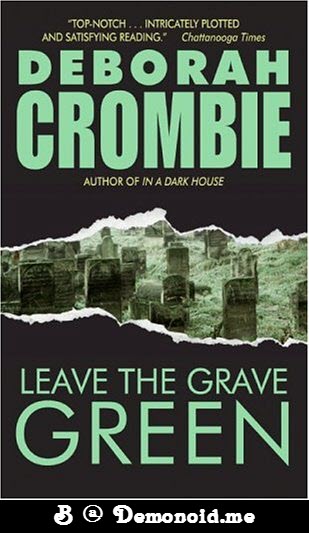 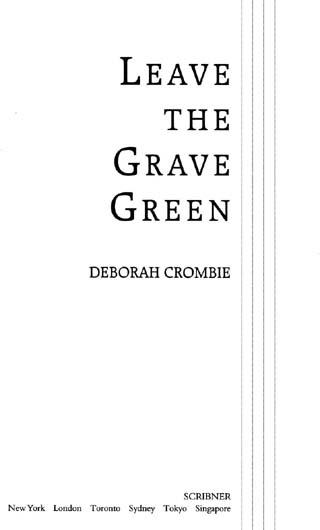 This book is a work of fiction. Names, characters, places, and incidents are either products of the author’s imagination or are used fictitiously. Any resemblance to actual events or locales or persons, living or dead, is entirely coincidental.

SCRIBNER and design are trademarks of Simon & Schuster Inc.

For my dad,
whose creativity and
enjoyment of life
continue to inspire me

I’d like to thank Stephanie Woolley, of Taos, New Mexico, whose beautiful watercolors provided the model for Julia’s portraits. I am also grateful to Brian Coventry, head cutter at Lilian Baylis House, who took time from his extremely busy schedule to show me LB House and introduce me to the mysteries of Making Wardrobe; and to Caroline Grummond, assistant to the orchestra manager at the English National Opera, who was kind enough to show me both front-and back-of-house at the Coliseum.

My agent, Nancy Yost, and my editor, Susanne Kirk, provided their usual expert advice, and thanks are, as always, due to the EOTNWG for their reading of the manuscript.

Last, but by no means least, thanks to my daughter, Katie, for helping our household run smoothly, and to my husband, Rick Wilson, for his patience and support.

“Watch you don’t slip.” Julia pushed back the wisps of dark hair that had snaked loose from her ponytail, her brow furrowed with anxious concern. The air felt dense, as thick and substantial as cotton wool. Tiny beads of moisture slicked her skin, and larger drops fell intermittently from the trees to the sodden carpet of leaves beneath her feet. “We’ll be late for tea, Matty. And you know what Father will say if you’ve not done your lessons in time for practice.”

“Oh, don’t be so wet, Julia,” said Matthew. A year younger than his sister, as fair and stocky as she was thin and dark, he’d physically outstripped her in the past year and it had made him more insufferably cocksure than ever. “You’re a broody old hen. ‘Matty, don’t slip. Matty, don’t fall,’” he mimicked her nastily. “The way you carry on you’d think I couldn’t wipe my own nose.” His arms held shoulder-high, he balanced on a fallen tree trunk near the edge of the swollen stream. His school haversack lay where he’d dropped it carelessly in the mud.

Clutching her own books to her thin chest, Julia rocked on the balls of her feet.
Serve him right if he caught it from Father
. But the scolding, even if severe, would be brief, and life in their household would return quickly to normal—normal being that they all behaved, to quote Plummy when she felt particularly exasperated with him, “as if the sun rose and set out of Matthew’s backside.”

Julia’s lips twitched at the thought of what Plummy would say when she saw his muddy bookbag and shoes. But no matter, all
would be forgiven him, for Matthew possessed the one attribute her parents valued above all else. He could sing.

He sang effortlessly, the clear, soaring treble falling from his lips as easily as a whispered breath. And singing transformed him, the gawky, gap-toothed twelve-year-old vanishing as he concentrated, his face serious and full of grace. They would gather in the sitting room after tea, her father patiently fine-tuning Matthew on the Bach cantata he’d be singing with the choir at Christmas, her mother interrupting loudly and often with criticism and praise. It seemed to Julia that the three of them formed a charmed circle to which she, due to an accident of birth or some inexplicable whim of God, was forever denied admittance.

The children had missed their bus that afternoon. Julia, hoping for a private word with the art mistress, had delayed too long, and the loaded bus had rumbled by them, splattering dark freckles of mud on their calves. They’d had to walk home, and cutting across the fields, had caked their shoes with clay until they had to lift their heavy feet deliberately, like visitors from a lighter planet. When they reached the woods, Matthew had caught Julia’s hand and pulled her, slipping and slithering through the trees, down the hillside to the stream nearest their house.

Julia shivered and looked up. The day had darkened perceptibly, and although the November afternoons drew in early, she thought the lessening visibility meant more rain. It had rained heavily every day for weeks. Jokes about the forty days and forty nights had long since grown stale; now glances at the heavy sky were followed by silent and resigned headshaking. Here in the chalk hills north of the Thames, water leached steadily from the saturated ground and flowed into already overburdened tributaries.

Matty had left his tightrope walking on the log and squatted at the water’s edge, poking about with a long stick. The stream, in ordinary weather a dry gully, now filled its banks, the rushing water as opaque as milky tea.

Julia, feeling increasingly cross, said, “Do come on, Matty, please.” Her stomach growled. “I’m hungry. And cold.” She hugged herself tighter. “If you don’t come I shall go without you.”

“Look, Julie!” Oblivious to her nagging, he gestured toward the water with the stick. “There’s something caught under the surface, just there. Dead cat, maybe?” He looked round at her and grinned.

“Don’t be disgusting, Matty.” She knew her prim and bossy tone would only fuel his teasing, but she was past caring. “I really will go without you.” As she turned resolutely away she felt an unpleasant cramping sensation in her abdomen. “Honestly, Matty, I don’t feel—”

The splash sprayed her legs even as she whipped around. “Matty! Don’t be such an—”

He’d fallen in, landing on his back with his arms and legs splayed awkwardly. “It’s cold,” he said, his face registering surprise. He scrabbled toward the bank, laughing, shaking the water from his eyes.

Julia watched his gleeful expression fade. His eyes widened, his mouth formed a round
o
.

The current caught him, pulling him downstream. “Julie, I can’t—” Water washed over his face, filling his mouth.

She stumbled along the bank’s edge, calling his name. The rain began to fall in earnest, big drops that splashed against her face, blinding her. A protruding stone caught her toe and she fell. She picked herself up and ran on, only vaguely aware of the pain in her shin.

“Matty. Oh, Matty, please.” Repeated again and again, the words formed an unconscious incantation. Through the muddy water she could see the blue of his school jacket and the pale spread of his hair.

The ground descended sharply as the stream widened and turned away from her. Julia slid down the incline and stopped. On the opposite bank an old oak teetered precariously, a web of roots exposed where the stream had undercut the bank. Here Matthew’s body lodged, pinned under the roots as if held by a giant hand.

“Oh, Matty,” she cried, the words louder now, a wail of despair. She started into the water, a warm metallic saltiness filling her
mouth as she bit through her lower lip. The cold shocked her, numbing her legs. She forced herself to go on. The water swirled about her knees, tugging at the hem of her skirt. It reached her waist, then her chest. She gasped as the cold bit into her ribs. Her lungs felt paralyzed from the cold, unable to expand.

The current tugged at her, pulling at her skirt, shifting her foothold on the moss-covered rocks. With her arms held out for balance, she inched her right foot forward. Nothing. She moved a few feet to one side, then the other, feeling for the bottom. Still nothing.

Cold and exhaustion were fast sucking away her strength. Her breath came in shuddering gasps and the current’s grasp seemed more insistent. She looked upstream and down, saw no easier crossing. Not that access to the other side would help her—it would be impossible to reach him from the steep bank.

A little moan escaped her. She stretched her arms toward Matty, but yards separated them, and she was too frightened to brave the current. Help. She must get help.

She felt the water lift and drag her forward as she turned, but she plunged on, digging her heels and toes in for purchase. The current slacked and she clambered out, standing for a moment on the muddy bank as a wave of weakness swept over her. Once more she looked at Matty, saw the outline of his legs twisting sideways in the current. Then she ran.

The house loomed through the dark arches of the trees, its white limestone walls eerily luminous in the dusk. Julia bypassed the front door without thinking. On around the house her feet took her, toward the kitchen, and warmth, and safety. Gasping from the steep climb up the hillside, she rubbed at her face, slick with rain and tears. She was conscious of her own breathing, of the squelching sound her shoes made with each step, and of the heavy wet wool of her skirt scratching her thighs.

Julia yanked open the kitchen door and stopped just inside, water pooling around her on the flags. Plummy turned from the Aga, spoon in hand, her dark hair disheveled as always when she
cooked. “Julia! Where have you been? What will your mother have to say…?” The good-natured scolding faded. “Julie, child, you’re bleeding. Are you all right?” She came toward Julia, spoon abandoned, her round face creased with concern.

Julia smelled apples, cinnamon, saw the streak of flour across Plummy’s bosom, registered in some compartment of her mind that Plummy was making apple pudding, Matty’s favorite, for tea. She felt Plummy’s hands grasp her shoulders, saw her kind and familiar face draw close, swimming through a film of tears.

Johnny Graphic and the Etheric Bomb by D. R. Martin
Angel In The Saloon (Brides of Glory Gulch) by Leach, Jeanne Marie
Dead By Dusk by Heather Graham
False Lines (Blurred Lines Volume 7) by Wilde, Breena
On the Back Roads by Bill Graves
My Sweet Isabella (The Ambassador Trilogy #3) by Mia Villano
The Reckoning by Thomas, Dan
I Do! by Rachel Gibson
A New Day (StrikeForce #1) by Colleen Vanderlinden
Acts of Contrition by Handford, Jennifer