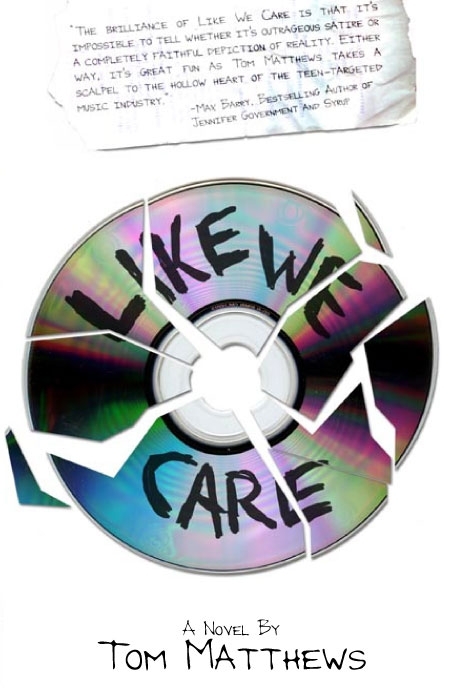 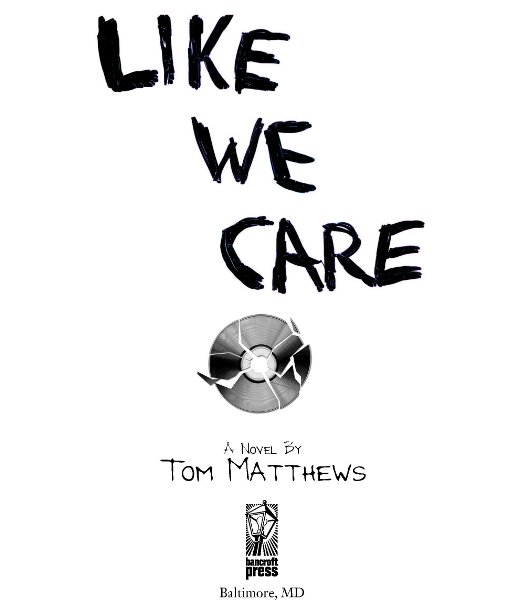 This book is a work of fiction. Any resemblance to actual events, people, or institutions is purely coincidental.

For Chip,
Who did not make it out

Today’s teenager is tomorrow’s potential regular customer, and the overwhelming majority of smokers first begin to smoke while still in their teens. . . The smoking patterns of teenagers are particularly important to Philip Morris.

Props to the KKK

Allah by the Ding-Dongs

The Trajectory of Boys

Lost before the Levee

The End of Jimmy the Swami?

Boys on a Field

On Your Feet, Motherfucker

H
e felt something give. He remembered that.

Also the white hot sting of bone breaking, and the explosion of metal-flake stars that filled his head for that moment or two before he lost consciousness.

And then he remembered Todd Noland standing over him, desperately, eagerly wanting to know if he was all right. Todd Noland, who had always just been there, had always just wanted to know that things were going okay for him. Kind of like his mom or something.

He had hurt Todd Noland in the past, hurt him bitterly. Todd had naïvely attempted to bridge the chasm that precluded them from being friends, and stirred up the usual hateful sense of fun in his gang. The razor wire that separated high school cliques had been strung for a reason, and anyone who thought he could just stroll across the divide was begging to get his ass kicked.

Todd didn’t fit, and there was just no way—with so much at stake, with so much going right—he could allow Todd’s gangly attempts at friendship to rattle things up. Todd had to be sent back to where he belonged, as harshly as possible.

He owed the guys that much.

Still, he remembered Todd standing over him, relieved to see him hovering there with the towel and the ice and the oddly mature look of comfort that calmed him down when he was really, really scared.

He noted that. And then he passed out again.

He was Joel Kasten, lying there on the ground.

He was a high school junior.

He was seventeen years old.

The break was in his lower left jaw, the high fastball hurled by Hawthorne East’s pitcher having smashed the side of his face with the force of a bat being swung for the fences.

Opposing pitchers had been coming in tight on Joel throughout the season, instructed by their coaches to crowd Dickinson’s star batter by any means possible to keep him from making contact with the ball. Any team that hoped to have a chance in the post-season had to find a way to shut Joel Kasten down.

Joel was a pure power hitter, the sweetest swinging batsman any of the locals would ever see outside a Major League ballpark. Locking onto the ball with the unerring efficiency of the military’s most advanced radar tracking system, Joel could—within the 46 feet between mound and plate, within the blink of an eye it took for the ball to find safe passage through the strike zone—make all calculations necessary to determine whether to swing or lay off.

And if the instinct said go, the boy swung. In ten years of playing ball, going all the way back to rookie league, Joel Kasten had almost never gone down looking. Better to commit and swing, take the third strike and cede this encounter to the pitcher, than to just stand there and do nothing. Like a
dick.

As the season wore on, there looked to be no stopping Dickinson. That year’s team was blessed with great pitching and better than adequate fielding, but more than anything it had Joel. Even beyond his bat and his effortless prowess at third, Joel brought to the team and its fans a genuine star-like quality, that intangible aura of a winner, whose raw, gangly handsomeness and scruffy humility came to personify the team itself.

The team fed off Joel, the fans fed off the team, and as the Dickinson Eagles took the field against the East Hawthorne Vikings for the final, tie-breaking game of the Illinois state finals, there appeared little doubt that Monday morning would find the state trophy displayed proudly in Dickinson’s well-stocked trophy case. Joel’s hometown of Berline, a Chicago suburb with about 45,000 residents, expected no less.

So what else to do but take Joel Kasten’s head off? Or at least that was the rumor, from the instant that Joel’s jaw exploded and his skull snapped back and his body hit the ground in a cloud of dirt and chalk.

Many wondered why Kyle Hoffstetler was brought in in the eighth inning when starting pitcher Bobby Lerner had a one-hitter going, his only slip-up a Joel Kasten homer in the third, which accounted for all the scoring on either side. Many wondered, for that matter, why Hoffstetler was still on the team at all, having been arrested the weekend before for what his lawyer was calling a consensual sex act and the girl was calling gang rape.

Whatever: it worked. With Joel out of the game, the Vikings were able to mount a limp ninth inning rally against a deflated and troubled Eagles squad. As the victors leapt upon Kyle Hoffstetler in a great homoerotic pile on the pitcher’s mound, his parents and his lawyer pushing in to offer their admiration and affection, Joel was being admitted to the emergency room at St. Hobart’s. He wouldn’t regain consciousness until just before noon the next day.

F
rank Kolak’s fist hovered over the stapler, the fleshy part of his other hand having assumed the position. He shouldn’t have to do this. He had strong suspicions there was something seriously wrong with this behavior.

He hammered his fist home, driving the needle-like tooth through his flesh. Just as Veronica Jefferson walked into his classroom.

“Damn!” he shouted, not at being hurt but at being caught. Conveniently, it looked like it was because he was hurt.

“Veronica. I’m sorry.” He brought the wound to his mouth, easing the pain with the balm of his spit.

“Yes,” he replied. As near as he could recall, this was the first evidence that 17-year-old Veronica had any cognitive skills whatsoever. Had party hats been available, a celebration might have been in order.

“My mother said to tell you she wanted to be here to discuss my grades, but her boss wasn’t going to spring her ass every time one of her kids was in trouble,” she said listlessly, noting her teacher’s disapproval. “That’s what she
said.”

Mr. Kolak sank into his seat with a defeated sigh. “Good lord, girl,” he thought to himself. “Here we are, two black Americans, together on this journey, trying to elevate ourselves to a better place. A place we deserve.

“And while I don’t have all the answers, I know more than
you
. So since I’m here every day anyway, blowing words into the air to the benefit of seemingly no one, could we not make a pact—just you and I—that if you will drop this anger and this feigned laziness and understand that I simply want, with all my soul, to see you excel, I will teach you?”

But instead he simply said: “You are failing Social Studies.”

She set her jaw bitterly. “Mr. Kolak, I can’t learn this stuff. I don’t need this stuff. I’m fixing to be a hairdresser. What do I need to be knowing about all these dead men you keep throwing at us?”

“‘These dead men’ made the world you live in, and the future you’re stuck with,” he pleaded. “Don’t you have any interest in how you got here?”

It was like another staple, this time through the heart.

“You want to drive a car? You want to
own
a car? You want to drive your car into a white man’s gas station, hit the full service line ’cause you can afford it, have him run out and say, ‘Yes, ma’am, how can I help you?’ and then speed off, saying, ‘Sorry, old man, I’m taking my business to the black brother up the street ’cause we finally got it all figured out and we’re taking care of our own. Later for you, suckah!’”

She stared at him dimly. Can anything be so wasted as a metaphor cast upon a teenager?

She blinked, so he knew she hadn’t fallen asleep.

“February!” Finally, a light. This sullen, disconnected child all of a sudden was radiating good cheer and purpose. The baby would be her happiness.

He stared at her. “As you sit here this very moment, rejecting what I am trying to give you, you are sentencing that child to a life even more ignorant and doomed than your own.”

He caught himself and winced. What a horrible, hateful thing for a teacher to think.

Darkling Lust by Marteeka Karland
The Counterfeit Mistress by Madeline Hunter
Scruffy - A Diversion by Paul Gallico
Compulsion by Keith Ablow
(You) Set Me on Fire by Mariko Tamaki
My Stepbrother's Arrangement (A Stepbrother Romance) by Jaye, Juliette
Maid of the Mist by Colin Bateman
The House in Via Manno by Milena Agus
Underground 4 by Janelle Stalder
The Granny by Brendan O'Carroll