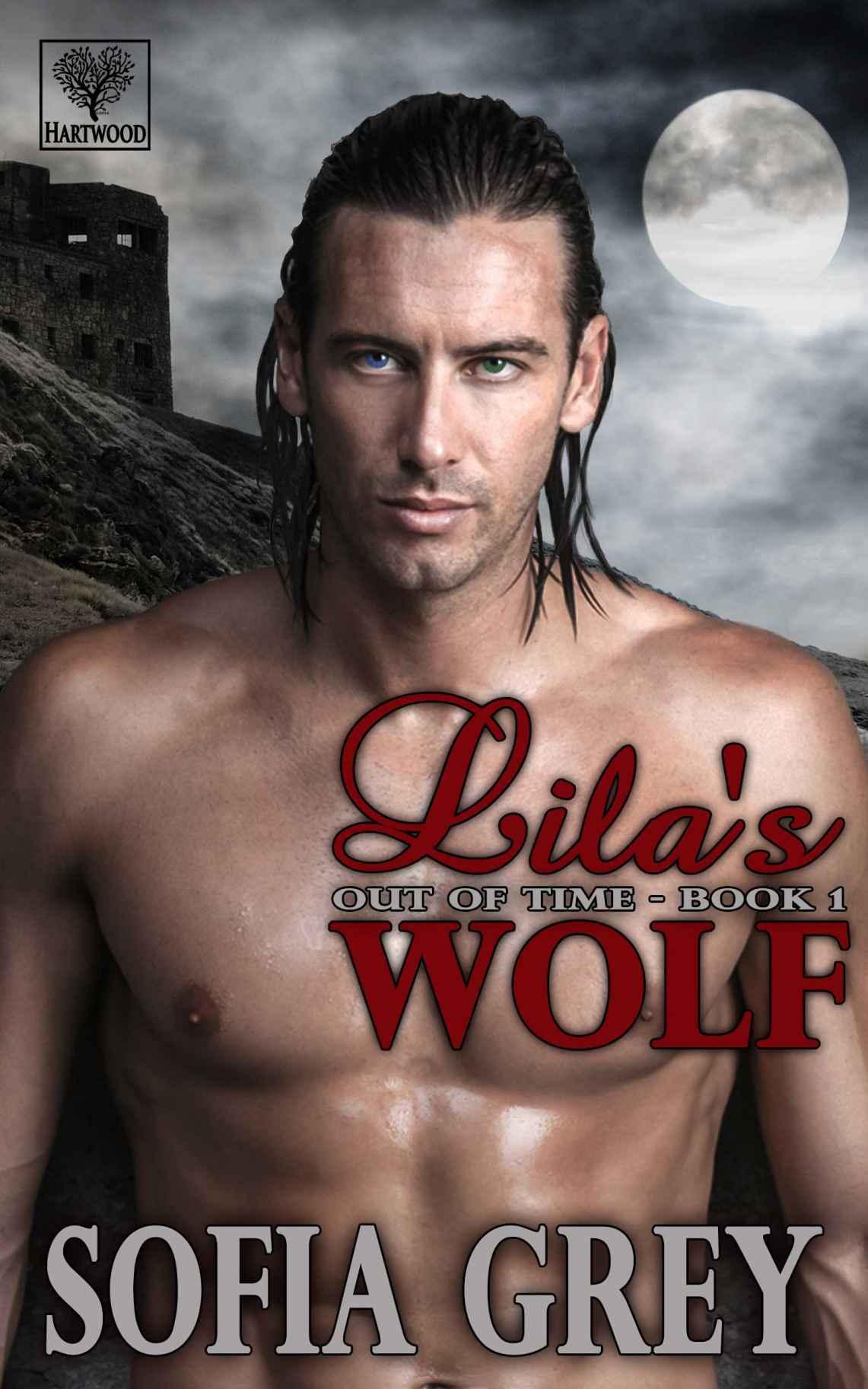 Published By: The Hartwood Publishing Group

When Lila Cammell is abandoned by her time-jump partner, leaving her alone in Britain in the Dark Ages, revenge is the only thing on her mind. She’d trusted Jared Grohl with her life and her heart, and bringing him to justice will be sweet.

Finding him captured and enslaved by the Saxons changes all her assumptions. Now it’s a fight for survival, but the only way to save him…might be to leave him behind.

To my lovely and supportive critique partners, Elise, Sotia, and Janet. Thank you for pushing me to make this better.

Thanks also to my amazing beta reader, TigerLilyReader, and to Allyson for patiently reviewing the multiple versions of the synopsis.

Thanks also to Daisy Banks for her input into my research. Any mistakes are my own.

A bead of cold sweat trickled down my cheek, and I fought the urge to wipe it away.
Come on, don’t blow it now.

“Are you quite sure about this, Lila?”

The Archivist paused in his checklist, marking the place with his surgically clean finger while he waited for my response.

I nodded and gave him the confident smile I’d been practicing. The one that made me look controlled and very much in charge. “Of course. We’ve been over the details of this retrieval, sir. Need I remind you my expertise is the key to our success here?” I couldn’t lose this mission now. It had taken me five long months to be accepted. I clamped my jaw tight and a moment later, he resumed his list, running through the final items.

Standing beside me, relaxed but alert, Marc radiated strength and confidence. His presence calmed me. He accepted the stunner, swiftly checked it was fully charged, and then secreted it inside his robes before signing for the weapon. He was trained as an elite soldier, a
ghardian
, while I worked as a historian in the library. We couldn’t have been more different.

The only thing we had in common was a young man called Jared. I’d been friends with Jared once, closer than family, but to Marc he was just another time-runaway. Marc’s job was to locate Jared, tag him, and bring him back to our time to face evasion charges. Normally
ghardians
worked in pairs, but since I’d been on the field trip with Jared when he’d made his bid for freedom, the
ghardians
agreed to my request to help with the hunt.

He’d broken my heart when he tried to abandon me to the ancient Romans. It seemed only fair I got to bring him back.

He poured the oil into his hands. Chamomile and lavender filled his nose—the perfume of summer—and he breathed them in deep, holding the fragrance a moment longer. As always, the scent made him think of Lila.

He recognized the warning tone and rubbed his palms together, making her wait until he’d warmed the viscous liquid. She’d forgive him this small delay. Positioned at her side, he began to work the oil into her back, spreading and stroking along the length of her spine. She sighed again, but this time with obvious pleasure, and shifted on the bed, edging farther into the sunlight that poured through the window. With slow, practiced movements, he massaged along each bone in her spine before rising to rub circles into her ample shoulders. He pushed into the dimpled skin with his knuckles and drew a soft moan. She wriggled and he increased the pressure.

He complied, sweeping down her sides, gently across her hipbones, and now advancing to her generous bottom. He paused to replenish the oil, and then returned to the task at hand. She carried a lot of flesh for a woman of her years but, he reflected, she ate well. He’d barely finished when she grunted and rolled over, presenting her naked front. Watery blue eyes regarded him, a hint of a smile on her face. “Take your time, Wolf. We have all afternoon.”

Nodding an acknowledgement, he started work on her stomach with a series of slow circles around her navel before he eased his fingers up toward her breasts. He caressed them both in turn, sensitive to her response. There was a sharp hitch in her breath when he brushed the side of one nipple. His fingers skated away, teased close to the peak of the other breast, and then glided up to her collarbone to ease the tension he found there.

Before long, he cupped her breasts with a gentle squeeze and stroked the nipples with his thumbs. Large and rose colored, they were rising to attention and firming beautifully for him. He tweaked one, and she gasped, a tremor running through her body. His fingers ached, but he pushed it to the back of his mind; he’d only just started. All the same, he eased south, circling and sweeping, a steady push and pull against her flesh, pausing only to take more oil. He flexed his hand as he did so, resting the tendons under the guise of warming the oil.

“Wolf.” He turned back to her with a ready smile and the furrow disappeared from her forehead. “You’re teasing me.”

He bowed his head and tiptoed his fingertips farther down, testing how ready she was. A graceful stroke across her hipbone, and she shifted as though uncomfortable, lifting her pelvis to meet his hand. It was time. With one bold move, he cupped her mound and drew a loud groan in return. The massage stepped up a gear.

He used one finger to spear the curls between her legs, and found her moist and excited.
Good
.

He brushed his finger back and forth across and felt the little bud swell under his touch. “
Sa
,” she murmured, her accent getting heavy, the more aroused she became. He moved to kneel between her open thighs, kissing a path up the pale flesh while she moaned and trembled. He spread her lips, holding her open for his mouth, ready to receive his tongue.

The massage forgotten, Hilde grabbed his hair. She closed her fingers tight, ensuring he couldn’t lift his head. No matter, he could rest his hands while he pleasured her with his mouth. Hot open kisses and little licks soon reduced her to a quivering mass, moaning his name as he drove her closer to orgasm.

She climaxed with a long, drawn-out shudder, and he waited for the spasms to finish, knowing she needed a minute before they continued.

“You are so very skilled.” Her fingers relaxed on his scalp, and he drew a deep breath, closing his eyes to take a short rest.

As she’d pointed out, they had all afternoon.

My knees buckled as I stepped away from the landing site. As a rule, the time jump made me feel a little nauseated, but this time I dropped to the ground and retched into the grass while Marc sent back the
clean landing
signal.

I guessed all the drugs and surgical procedures from the past six months had finally caught up with me. I looked up into Marc’s familiar face, grateful for the steadying hand on my back. “I’m fine,” I said, seeing the concern in his dark eyes. “I always react badly.” He nodded and let it go, stepping away and orienting himself to our location.

One of the more annoying quirks of our time jump system was that you couldn’t recreate a jump site and time—we couldn’t go back to the same point where I’d last seen Jared. This was our closest coordinate. Although six months had passed in our lives, it was just over two years here, and a lot could have changed—
had
changed—during that time. The Romans had pulled out of Britain, and the Dark Ages had begun.

The Saxons had been invading from the east, the Scots sweeping down in raiding parties from the north. It seemed everyone wanted a piece of Britain. Various factions all vied for dominance, and these were troubled times. My expert knowledge of the period was vital, since I’d been studying post-Roman Britain for years and had made three previous jumps with great success. It was only the last that had failed so spectacularly.

Dragging my attention back to the here and now, I scrambled to my feet and pasted a smile on my face when Marc strode back to me.

“It’s all good.” He sounded confident. “We have an easy walk to the town and we’ll find accommodations there, and then hopefully pick up his trail.”

It might have been an easy walk for Marc, but I was still getting used to an artificial leg. I’d been lucky to get out of here alive last time. Having my left leg amputated at the knee had been a small price to pay, but gave me one more reason to hate Jared. I wanted to be the one to catch him. The fantasy of laughing in his face while I locked him into a set of restraints had sustained me through five separate operations and many weeks of bed rest. I had almost
died
, while he’d skipped off with his Roman friends. He’d probably be married by now, might even have a clutch of children, and he had no right to any of it.

I’d been
here
before. Last time, it’d been a thriving village, but now it was little more than a blackened shell. A yellow-eyed tabby cat hissed at us from a tree branch before running down the trunk and disappearing into an overgrown patch of brambles. Apart from that and the ever-present songbirds, we found no life at all. The inn, the smithy, and the church were rubble. Marc kicked at a broken drinking cup, shattering it into a dozen pieces. “Saxons?”

I nodded. “It must be. They’ve stripped the place bare.” I shuddered and wrapped my cloak tighter around me. “We’d better start walking; the next town is miles away.”

The plan had been to spend the first night in the village inn then pick up horses and expand our search area. Now I would be grateful for a dry hut to sleep in. My legs ached, and my head pounded, but I refused to show Marc any weakness. If he thought I couldn’t cope, he was likely to send me back at the earliest opportunity. When I heard the rumble of an approaching cart, I felt like throwing myself on the driver and begging for his help. An old man, hunched low over the reins to a flea-bitten pony, halted when Marc waved to him. I saw the gleam of excitement in his eyes when Marc waved a small leather purse.