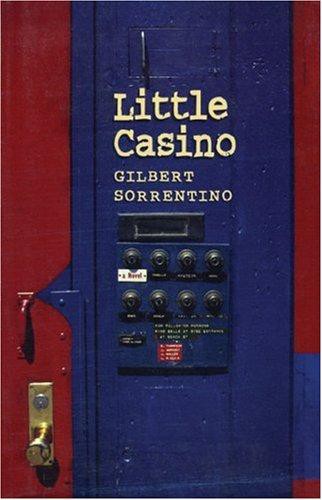 COFFEE HOUSE PRESS is an independent nonprofit literary publisher supported in part by a grant provided by the Minnesota State Arts Board, through an appropriation by the Minnesota State Legislature, and in part by a grant from the National Endowment for the Arts. Significant support was received for this project through a grant from the National Endowment for the Arts, a federal agency, and the Jerome Foundation. Support has also been provided by Athwin Foundation; the Bush Foundation; Buuck Family Foundation; Elmer L. & Eleanor J. Andersen Foundation; Honeywell Foundation; McKnight Foundation; Patrick and Aimee Butler Family Foundation; The St. Paul Companies Foundation, Inc.; the law firm of Schwegman, Lundberg, Woessner & Kluth, P.A.; Marshall Field’s Project Imagine with support from the Target Foundation; Wells Fargo Foundation Minnesota; West Group; Woessner-Freeman family Foundation; and many individual donors. To you and our many readers across the country, we send our thanks for your continuing support.

Some sections of this book have appeared in
Conjunctions,
to whose editor the author makes grateful acknowledgment.

When you look through binoculars, you are holding an instrument of precision and you see very clearly a small cabin which would seem quite indistinct without the binoculars. So you say, “Well, well, it’s just like another one I know, they are almost alike,” and as soon as you say that you no longer see it, in your mind you are comparing it with the one you think came
before,
while, in fact, it comes after. Truth means binoculars, precision, the thing that really comes first is the binoculars. You should say, “Well, well, these binoculars are almost the cabin.”

Although we may catalogue a kind of chain mysterious is the force that holds the chain together.

The imprint of death

On a Studebaker coupe

The burdens of the Depression

The very picture of loneliness

Lest it be forgotten

The light of bowling alleys

The black force of Eros

Mechanics of the dream world

Shoes rain of the cops

This is the life

The salt of the earth

The kisses of Dolores

Stars of the silver screen

The dark and iron world

Shuffle off to Buffalo

This valley of tears

The true ciphers at last

Mysteries of causes and effects

Little or no respect

The color of stars

The imprint of death

P
EOPLE ENTER AND THEN INHABIT, HELP-
lessly, periods of their lives during which they look as if death has spoken to them, or, even more eerily, as if they themselves are companions to death. It is not usual for others to notice this in daily intercourse, but the look is manifest in photographs taken during these periods.

He and his wife stand side by side in casual summer clothes, comfortable, and, as they say, contemporary, but in no other way remarkable. Behind them is a cluttered, even messy kitchen table, in the center of which, curiously, a tangerine sits atop a coffee mug, and on the wall behind that is a very poorly done pencil drawing made by a neighbor’s daughter, a senior at the High School of Music and Art. Such infirm productions attest to the inevitable errors of talent selection. In the man’s face we can see, clearly, the imprint of death left there years ago by the deaths of his mother and father, who died less than a year apart. They died badly, as do many people, gasping, fighting, twitching, their staring eyes registering amazement at how their bodies were impatiently closing themselves down, literally getting rid of themselves. Enough! Enough!

And then they were gone, they
passed away.
His wife’s face has, uncannily, borrowed the subtly peaked, grayish blandness of his own, and so she, too, looks as if she has to do with
the other side.

But here is another photograph of a middle-aged man, let’s say he’s the wife’s brother, whose eyes, in a placid, contented, almost smug face, have the half-mad, glazed expression which used to be known, among infantrymen, as a thousand-yard stare. Precisely at the spot at which those thousand yards end, or, perhaps, begin, is the more precise word, stands death itself, in mundane disguise, of course, looking like James Stewart in one of his honest-friend roles. The face of the man in the photograph is unsettling, since its peaceful demeanor belies the crazed eyes, which reveal the dark truth. Death, as James Stewart, may have even been approaching when the photograph was taken. Which would go a long way toward explaining the ocular terror.

And here is a group of eight or nine children in a Brooklyn playground in 1959. There are four boys and two girls and they are smiling and mugging with their gap-toothed mouths, their shirts and shorts soaked from the sprinklers whose gossamer spray can be seen in the background. They are enough to break your heart. One of them, a sweet girl with straight black hair, cut short, and with a tiny Miraculous Medal on a chain around her neck, has her hands crossed on her chest. It is this pose which somehow allows access to the expression beneath the sweetness of her lovely face. The occulted expression is the one that can be seen on prisoners in Auschwitz, although this little girl knows nothing of Auschwitz. He puts the photograph down, he
hides
the photograph, but has no true idea why. Yet the message has been delivered, oh yes. It is at such times that we are brought to consider how completely strange death is, how remote from us, how foreign, how impenetrable, how unfriendly. In its ineradicable distance from our entire experience, it is inhuman.