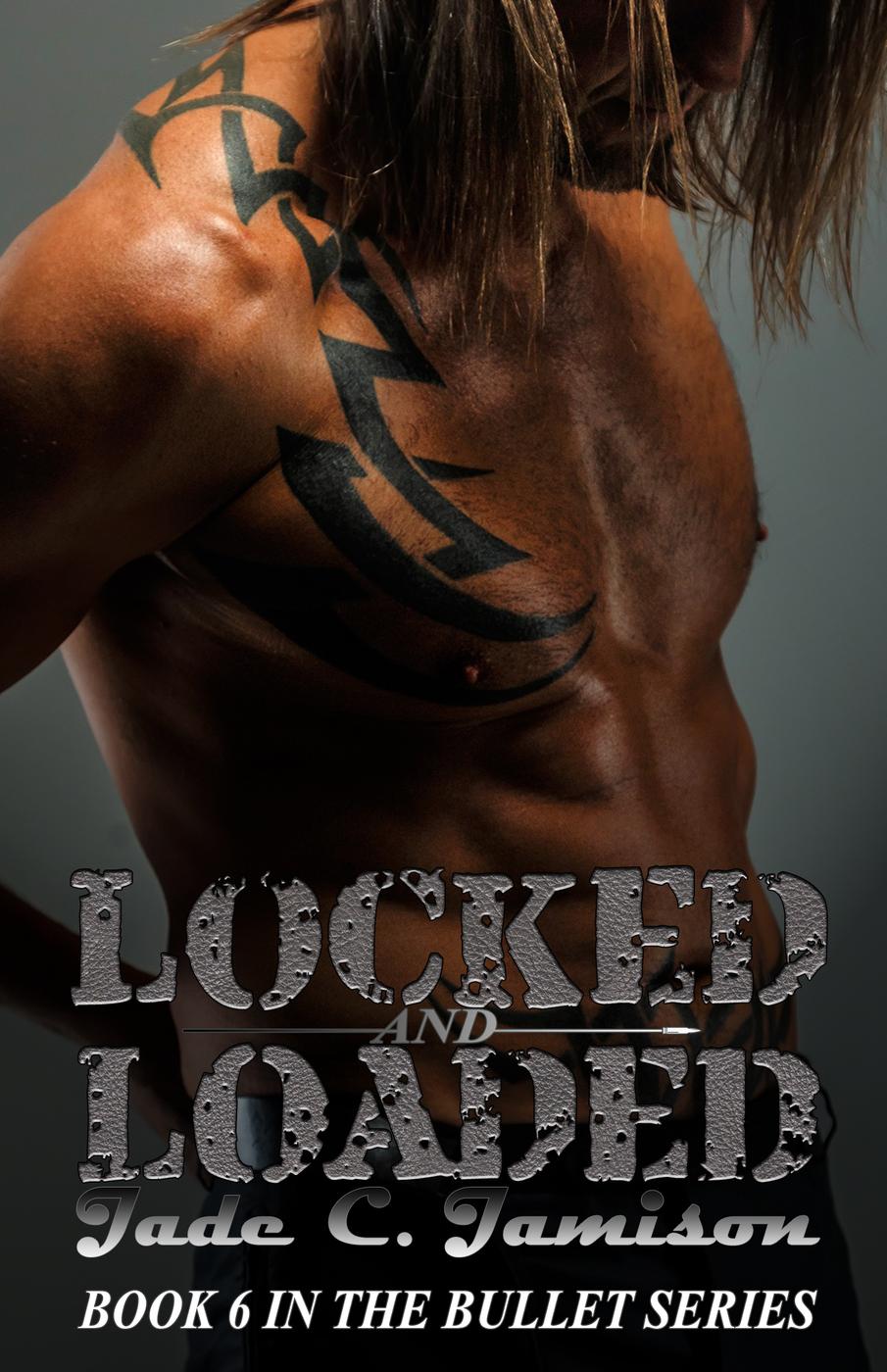 Is it too much to believe that someone keeps returning to your life because it’s meant to be?

Zane Carson is an idealistic young man with one big skeleton in his closet when he first meets Jennifer Manders in college.  They date only to break up soon after.  The sexual attraction is like an electromagnet but they fight like alley cats.  The relationship just isn’t worth it.

Zane’s band Fully Automatic breaks big about the same time Jennifer finishes college.  One summer afternoon, they meet for coffee and sparks fly once more.  It’s off again, on again, but they just can’t make it work and break it off for good, deciding it’s not worth the effort.

But Zane is drawn to her and, during a break in the music action, he tracks her down again, willing to change himself for her and needing to give her one last try.  The attraction is as strong as ever, but now Jennifer is hiding something from Zane—something big, something that threatens to extinguish the spark for good.  When Zane discovers her secret, will he be able to forgive her or will that be the end?

“Oh, Zane, this place is amazing.  Why haven’t I ever heard of it before?”

“I can tell you exactly why.  Three reasons.”  She raised her eyebrows as he raised his index finger.  “One, it’s almost downtown, and I know you avoid downtown like the plague.  If I recall, you said something about rather losing a limb than walk the Sixteenth Street Mall again.”

“Well...maybe that was a little drastic.”

“Yeah, probably.”  He lifted the bottle of Dos Equis and then said, “Two, it’s a little hole in the wall.  It doesn’t advertise like some of the bigger restaurants—no billboards, no newspaper ads, shit like that.”

Zane leaned over the table and whispered.  “It’s kind of a dive.”  Jennifer couldn’t help but giggle.  “But in a good way.”

She laughed out loud at that.  “Yeah, definitely.”  She picked up a chip and dipped it in the warm queso next to Zane’s bottle.  “The food is amazing so far.”

The waiter came by with a pitcher.  “More water, señorita?”

“Please.”  After the waiter was back on his way, she said to Zane, “I love it.  I love the people and I even love that stupid TV in the corner.”

“No, seriously.  They don’t have the sound on, but it somehow makes it feel like home in here, you know?  Lights and movement, but the sounds are coming from the kitchen and some weird soundtrack.”

Zane breathed through his nose, putting on a look of mock horror and said, “What if it’s
our
soundtrack?”

“What if this is our movie?  A movie about our lives...and that’s the soundtrack?”

“One...if this is our movie, it’s pretty damn boring.  No car chases, no sex scenes, no snappy dialogue—”

“Says who?  My dialogue’s plenty snappy.”

“Well, don’t be telling
them
that.”

A smirk covered Zane’s face.  “And we can take care of the sex scene later.”

Thank you for choosing this Jade C. Jamison title!

Z
ANE CARSON TRIED to roll over on his back.  He had a crick in his neck and all his joints were stiff, but there would be no stretching in this queen-size over-soft hotel bed.  One of the girls he’d brought back with him the night before was scrunched up against his back, her arms wrapped around him as though she were seven years old, carrying her art project home through sinister gales and the threat of hail.

Not quite but close.

All the groupie girls—
all
of them—seemed to hold out hope that they’d suck his dick so expertly and look up at him through their sweet but hollow eyes that Zane wouldn’t be able to help falling in love with them.  He’d never understood what fueled those unrealistic dreams.  Lack of self-esteem?  Unrealistic expectations?  Living in a fantasy world?  No brains and too many drugs?

He had no fucking idea.  He often felt bad about taking advantage of whatever it was driving these girls to seek sex with famous rock stars, but it was something he couldn’t help.  And he justified it by telling himself that the women got something out of it, even if it wasn’t a ring or a promise.

They got to brag to all their friends that they’d fucked a rock star.

Yeah...there was that old joke that the bassist wasn’t important to a band, but Zane and his band Fully Automatic knew better.  The bass added richness and depth to his band’s music that just wouldn’t be there if it were simply two guitars and a drum.  He knew of bands who didn’t care about the bass as much or didn’t utilize their bass man fully...and they suffered for it.  They were usually nobodies.

Zane felt the girl’s lips on his back—or what he’d
thought
was her lips, and in a way it was.  She was drooling on his back, and he figured it out for certain because he heard a slight snore-like sound as she sucked in air through her open mouth.

It was difficult unwrapping her arms from around him, because she was holding on tight.  Her mouth might have been slack, but her limbs were hanging on for dear life.  Jesus Christ.  Handcuffs had never felt this constricting.  He used his fingers to pull her arms off his body even while they clung like magnets, and then he sat up, swinging his legs over the edge of the bed and running one hand through his dark, shoulder-length black hair.

It wasn’t just the aching joints and the sour stomach.  It was a deep down empty feeling that had only two cures.  Those remedies weren’t working much anymore.  Well, that wasn’t entirely true.  It just took a lot more of them to work.  Not simply one girl sucking his cock, but two.  Not just a single bottle of Southern Comfort but a couple...and whatever fucking pills he could swallow along with the liquid peace of mind.

He sucked in a slow breath through his nose and surveyed the part of the room within his view.  The drapes were pulled wide open, not that it mattered.  They were on the ninth floor, and he had a vague memory of looking out on the city lights early morning while one girl took care of him in the front and another girl worked him from behind.  And a third girl?  Maybe...but it was fuzzy.  He focused his eyes as he pulled in another deep breath.  There were clothes all over the floor and furniture, making it look like the inside of a clothing donation bin for a thrift store.

Except for the sexy black panties.

But even those weren’t doing it for him today.

Zane let out a small cough to clear his lungs and reached for the almost-empty bottle of Comfort on the nightstand, screwing off the lid with the same hand he held it.  He wasn’t even thinking about it as he chugged down what remained of its amber contents, swallowing it as though it were a glass of water.

But as he stood and felt the familiar-as-a-friend warmth flow down his chest, he wondered how the fuck he’d gotten here...once more.  It had become almost like clockwork, that rapid decline down to the fucking bottom.  He almost snarled thinking about it, just waiting for the alcohol to do its thing, but he knew good and well what he’d just put down wasn’t nearly enough.  Maybe he still had some pills in his jeans to chase the booze with.

He shook his head and turned around.  Yeah...it was three girls, not two, and damned if they didn’t all look like carbon copies.  All blonde, all thin.  When he and Ethan would party back in the day, his friend was all about the boobs, so they never fought over who got which ones.  Zane liked breasts to be sure, but they didn’t need to be the size of volleyballs.  Ethan didn’t care if they were fake so long as they were big and perky (Val and Jenna seemed to be the only exceptions—and that was probably because Ethan liked them even when he was sober).  Zane, though...he had a consistent type, and these three fit it perfectly.  They reminded him of the one woman he couldn’t live without but definitely couldn’t fucking live
with
...

“Mmm.”  The blonde in the middle was making a sound, and at first Zane thought she was just muttering and stretching, but damned if the girl on the far end wasn’t picking up right where they’d left off last night.  She was kissing the middle girl’s neck and snaking her fingers in between the girl’s legs.  If Zane had more to drink, he could get in on the action, but that wasn’t about to happen.  He was still touching the ground.

That realization prompted him to look for his jeans, and he turned back toward the window, scanning the room until he found them on the floor near the sofa.  He ignored the throbbing in his head as he picked them up, fishing his hands into the pockets one at a time.

“Oh, yeah,” he heard one of the girls moaning and, when he turned to look at them, he saw all three of them writhing around with each other again.

And his fucking front pockets were empty, except for a small ring of keys.  The back pockets only had his phone.  His wallet was on the nightstand, and he was surprised he still bothered to use condoms nowadays.  That was thanks to his old bandmate Valerie Payne, who used to harp and nag about all the varied reasons to carry them everywhere and wear them constantly.  In fact, now that he was paying more attention, he saw three used ones on the floor next to the bed, not far from the trashcan.

What the fuck was wrong with him?

“Any of you bitches have any more Oxy hidden somewhere?”

More moans and gasps but they were in their own fucking world.  Fuck it—no Zane then.  No way could he fucking participate without getting higher.

He walked past the bed toward the bathroom and took a piss while holding himself steady with one hand on the wall.  His stomach churned again and his head throbbed, but his dick was limp while he held it, draining his bladder.

God, he couldn’t stop the internal monster inside from talking shit.

The girls were louder, and he was pretty sure two of them were close.  Damn shame they’d forgotten the rock star was out of the room.  He moved to the sink and ran the water for a few seconds before splashing it on his face.  When he turned it off, he grabbed one of the fluffy white hand towels on the silver rack and held it up to his face with both hands.

The world was dark when he squeezed his eyes shut, but that didn’t mean he couldn’t still see what it had become.

Jesus fuck.  He needed something.

Yeah, one of the girls was climaxing and, damn, she was loud.  Good thing the walls in this hotel were thick.  If a voyeur needed to get off, he’d have to hold a glass up against the door, but that was about the extent of it.  And he’d have to have good hearing.

Zane stumbled back into the room.  The Comfort he’d had a few minutes ago wasn’t doing shit.  He walked back to his jeans and fished out his phone.  He’d have to make a call.  His guy was always good for more
and
he delivered—day or night and to any address.  But as Zane started scrolling through his contacts, he felt warm thin hands snake around his torso.  “Hey, big guy...”