The Hunter lived with the Bear in the cave all winter long. The Hunter started growing long hair all over his body. He started acting like a Bear, but he still looked like a Man. In early spring, the Bear told the Hunter, “Your people are getting ready for a great hunt. Soon, they will come to find us. They will kill me and take these clothes from me”âhe meant his skinâ“but they will not harm you. They will take you back with them.”

A few days later the Bear said, “This is the day they will come to kill me. The Split-noses will come first to find me.” Split-noses are what the Bears called Dogs in those days.

The Bear continued, “They will kill me and drag me outside the cave. They will take off my clothes and then cut me into many pieces. You must cover the blood with leaves. They will take you away. When you have traveled a little ways, look back and you will see something.”

The Man covered the blood with leaves and started after the Hunters. After they had gone a little ways, the Man looked back and saw the Bear rise from the leaves, shake them off and disappear into the woods.

When they got close to their village the Man told the Hunters, “They had to put him where nobody could see him and he had to fast and take no water for seven days and seven nights. He had to do this so the Bear's nature would leave him and he could live like a Man again.”

They put him in a house and closed it off. The Man's wife found out and came to take him home. They refused to let her see him. She came back every morning and every afternoon, begging and pleading with them to let her take her husband home. Finally, after several days, they let her take him with her. A short time later, the Man died.

T
HE
H
UMMINGBIRD
AND
THE
C
RANE
R
ACE

The Crane agreed and so did the Hummingbird.

The woman thought the Hummingbird would win because he was so fast. She did not know that the Crane could fly all night long. They had agreed to start at her house and then fly around the world; whichever one returned to the house first would get to marry her. 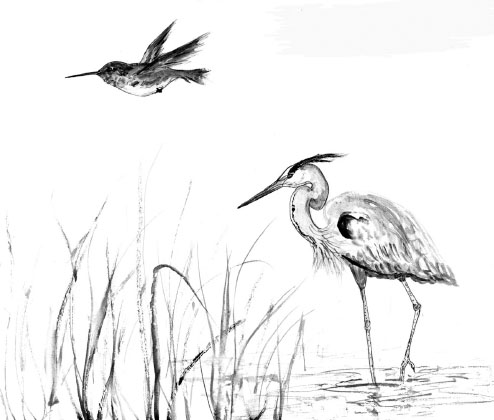 The race began. The Hummingbird darted off, and he was gone like a flash of light. The Crane was slowly flapping along behind him. The Hummingbird flew all day and when evening came the Hummingbird was far ahead. He flew down to a tree limb to sleep for the night. But the Crane flew all night long and passed the Hummingbird a little after midnight. The next morning he came to a stream and stopped to have breakfast.

On the sixth day it was the middle of the afternoon before the Hummingbird finally caught up to Crane. On the seventh day, the Crane was a short distance from the woman's house when he stopped by a stream for breakfast. After eating, he fixed himself up and flew on to the woman's house. He arrived midmorning. The Hummingbird finally arrived late in the afternoon. Crane had won the race!

The woman declared that she would never have such an ugly fellow as the Crane for her husbandâso she stayed single.

In the beginning, all of the Animals lived in the sky above the great sky vault. There were so many of them that it was getting crowded. They looked below at the water-covered earth.

They sent down the little Water Beetle. She swam around on the surface for a while and then took a deep breath. She dove deep, down to the bottom, gathered mud in her front legs and started swimming up toward the surface. Soon she was close to the surface, but she was running out of breath. Just below the surface she released the mud and desperately swam upward with all of her legs. When she reached the surface and lay on her back, gasping for air, she realized that she had dropped the mud. She looked around and she saw that the mud was floating on the water's surface and was growing larger. She went back into the sky. 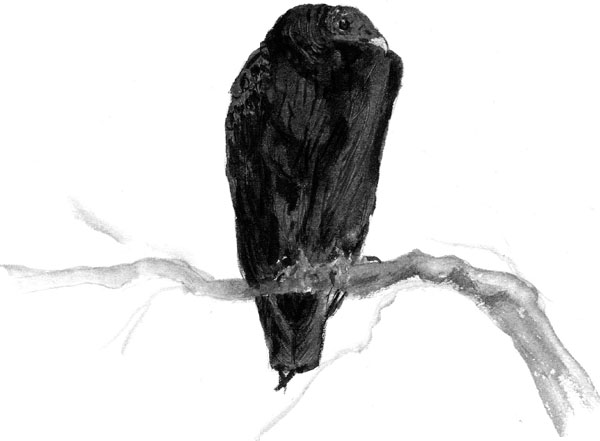 As the Animals watched from above, they saw the mud grow larger and larger. Finally, it stopped growing, and now the Animals waited for it to dry. They sent down different Birds. Each would fly over the mud trying to find a dry area on which to land. The mud was still wet, and they all came back to wait.

Finally, the great-grandfather of all the Buzzards we know today was sent down. He flew over the land for so long that he was getting tired. He was flying lower and lower until, when he came to Cherokee country, his wingtips touched the ground and made valleys. Mud got on his wingtips, and when he raised them the mud would fly off and form mountains. The other Animals thought that all of the earth would now be mountains and valleys, so they called the Buzzard back. But, to this day, Cherokee country is made up of mountains and valleys.

It was cold and dark in the beginning, so the Conjurers set the sun in the sky. But they set the sun too low and it burned the shell of the Crawfish red. They set it higher and higher until finally it was at the right height. The Cherokee say that the sun is at its highest level at noon. They call this level “seven hands high” or the “seventh level.”

In the beginning, the Animals could talk with one another. In those days, the Deer didn't have the antlers that he has today, and this story tells how the Deer got his antlers.

One day the Deer and the Rabbit got into a tremendous argument. The Rabbit said, “I run so fast even I don't know where I'm going to end up.”

The Deer responded, “I can leap a great distance in a single bound.”

The Rabbit said, “While you are up in the air, I'll run underneath you and I'll get there before you come down.” And they continued to argue back and forth. 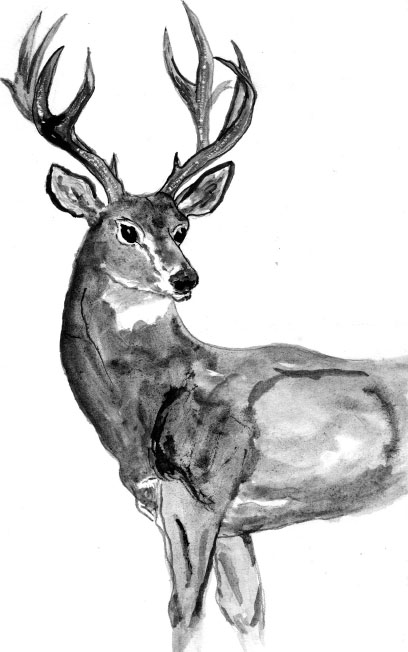 The other Animals got tired of listening to them argue all the time. Finally, one of them said, “Why don't you have a race? Whoever wins the race we will know is the fastest Animal of all.”

The Deer immediately agreed, but the Rabbit said, “I don't run for nothing. It's got to be worth my time!”

The Deer looked at the set of antlers and thought how they would look on his head and he said, “Yes, I will run for the antlers.”

The Rabbit looked at the antlers and he thought how they would look on his head and he said, “Yes! I will run for the antlers.” Then he asked, “Where shall we run?”

One Animal suggested, “Why don't you start here?” He drew a mark on the ground and then he said, “You can run through that thicket over there.”

Once again, the Deer immediately agreed. But the Rabbit was a little slow. He said, “Well, I am new to this area. Can I go into the thicket and look around?”

The other Animals said, “Sure, go ahead.”

In a few minutes the little Animal came out of the thicket and said, “The Rabbit is cutting a shortcut through the thicket. He's going to cheat!”

The other Animals couldn't believe the Rabbit would cheat in something this important. But in a few minutes, the Rabbit came out of the thicket. He lined up on the mark and told the Deer, “If you don't get up here the antlers are going to be mine.”

One of the Animals said, “Rabbit, one of us said you're cutting a shortcut through the thicket and that you're going to cheat!”

And another Animal said, “Rabbit, one of you is lying. We will all go into the thicket to find out who is lying.”

They called the Deer forward and put the antlers on his head. They grew into his head instantly, and they have grown there from that day until this. But the Deer loses his antlers once a year to remind him that it was not always so. 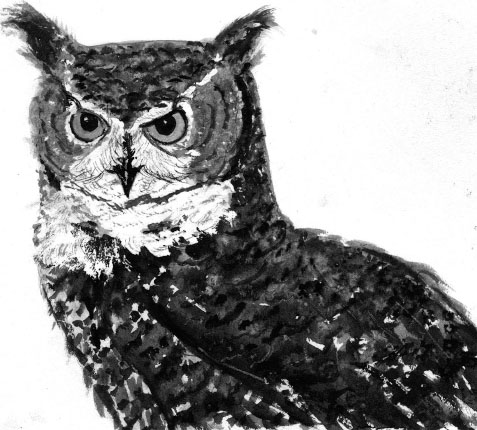