Longarm and the Wolf Women 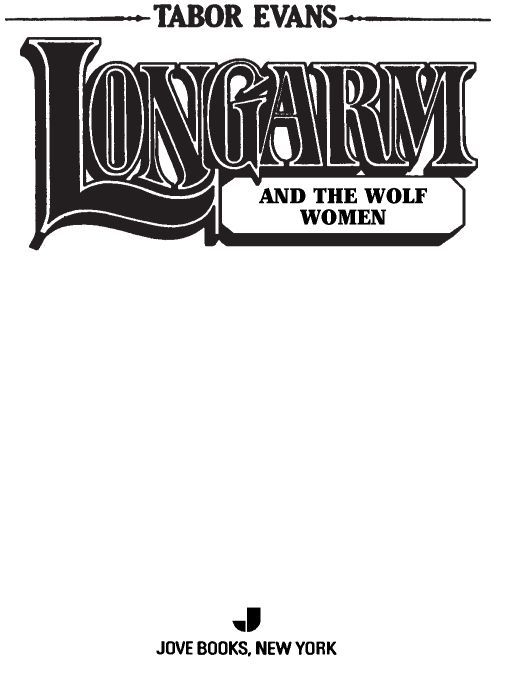 Table of Contents
Title Page
Copyright Page
Â
Chapter 1
Chapter 2
Chapter 3
Chapter 4
Chapter 5
Chapter 6
Chapter 7
Chapter 8
Chapter 9
Chapter 10
Chapter 11
Chapter 12
Chapter 13
Chapter 14
Chapter 15
Chapter 16
Chapter 17
Chapter 18
Chapter 19
Chapter 20
Â
Sudden Chaos
As the five gents sprang to their feet, clawing iron, Longarm slammed his shot glass down on the bar and reached for the Winchester. He rammed a shell into the breech. “Hold onâfederal law!”
The words had about as much effect on the hard cases as spit would have on a prairie twister.
They were all shouting now, drawing iron, aiming at the back of the room, where the black-haired gent was flopping around on the floor like a landed fish and the marshal was giving the table a final toss to his left.
A bull-necked, red-haired gent seemed to have the drop on the local badge-toter. Longarm snapped his rifle to his shoulder, aimed, and fired . . .
DON'T MISS THESE ALL-ACTION WESTERN SERIES FROM THE BERKLEY PUBLISHING GROUP
THE GUNSMITH by J. R. Roberts
Clint Adams was a legend among lawmen, outlaws, and ladies. They called him . . . the Gunsmith.
Â
LONGARM by Tabor Evans
The popular long-running series about Deputy U.S. Marshal Longâhis life, his loves, his fight for justice.
Â
SLOCUM by Jake Logan
Today's longest-running action Western. John Slocum rides a deadly trail of hot blood and cold steel.
Â
BUSHWHACKERS by B. J. Lanagan
An action-packed series by the creators of Longarm! The rousing adventures of the most brutal gang of cutthroats ever assembledâQuantrill's Raiders.
Â
DIAMONDBACK by Guy Brewer
Dex Yancey is Diamondback, a Southern gentleman turned con man when his brother cheats him out of the family fortune. Ladies love him. Gamblers hate him. But nobody pulls one over on Dex . . .
Â
WILDGUN by Jack Hanson
The blazing adventures of mountain man Will Barlowâfrom the creators of Longarm!
Â
TEXAS TRACKER by Tom Calhoun
Meet J.T. Law: the most relentlessâand dangerousâman-hunter in all Texas. Where sheriffs and posses fail, he's the best man to bring in the most vicious outlawsâfor a price. 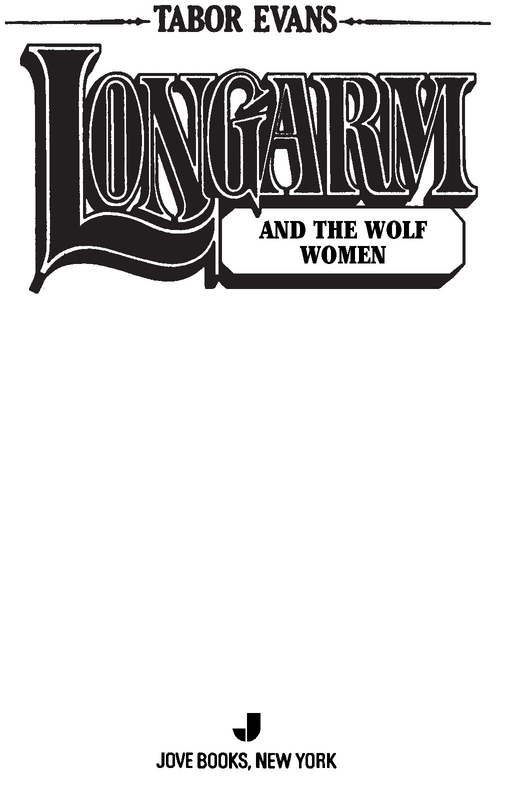