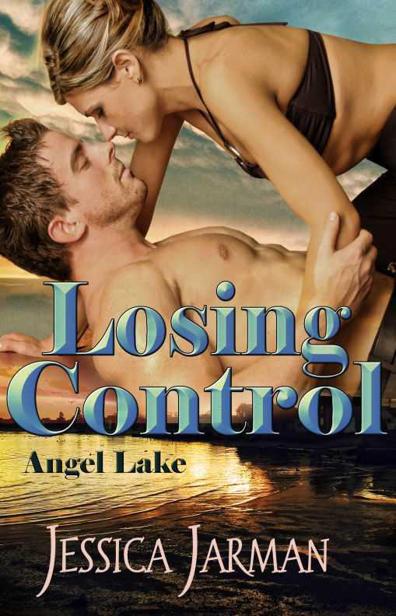 To the RPWordWar Chicks—a better bunch of girls a person couldn’t find. Thanks for the encouragement and ass-kickings—both were needed in equal measure. Until the next round…

If you want something done, do it yourself.

Maggie Monroe shook her head as she climbed the stairs to her brother’s apartment. Story of her life. Cal might be her twin, but sharing a birthday was where their similarities ended. Their older brother Gabe was getting married in a week, and Cal was supposed to be shouldering some of the planning duties. Granted, Maggie had volunteered to help out—Gabe was marrying her best friend, after all—but so had Cal. He had one simple task—pick up the programs for the ceremony and bring them to her. Apparently not simple enough, because she’d yet to see them. And since he wasn’t answering his cell, here she was, trying to track him down.

Lifting her hand, she banged on the door. And…no response. No surprise there. It was before noon. Likely her brother was still buried under his covers, dead to the world.

“Cal!” she called before trying the knob. Finding the door unlocked, she pushed it open and strolled into the chaos that was her brother’s apartment.

She stepped over piles of papers and rumpled clothes and skirted around boxes, some on their sides, spewing their contents over the floor. The sound of running water from the bathroom caught her attention. Well, at least she wouldn’t have to try to wake him up.

As she passed the bathroom door, she slapped her palm against it a couple times. “Hey, finish up!”

Once in the tiny kitchen, she pulled the fridge open and wrinkled her nose. Several bottles of beer and water were all that sat on one shelf. Cal was doing nothing to change her opinion of single guys living alone. She snagged a bottle of water, twisted off the top and took a long drink.

As she waited, Maggie mentally ran down her to-do list for the day. Luckily, it was a light day, comparatively speaking. She was closing at the Book Nook tonight, then heading over to Gabe and Kate’s house for a late dinner and finalizing wedding stuff. Damn, she was supposed to pick up the wine. Glancing at her watch, she figured if she hustled there’d be enough time to get some before heading to the bookstore.

“Cal!” she shouted, mainly just to annoy him into hurrying up. “I don’t have all day, dumbass.”

The low, masculine drawl had Maggie spinning around. The movement caused water to slosh out of the bottle onto her front. She gasped—from the cool wetness dripping down her front or the sight before her, she didn’t know.

A man, most definitely not her brother, stood in the bathroom doorway, clad in only a pair of low-riding sweatpants. The material stuck to his hips and legs, as if he’d thrown them on before he’d fully dried off. A few drops of water clung along his collarbone and shoulders. She watched, fascinated, as one trembled then skittered down his chest. Maggie pressed her lips together as her gaze ran up over a toned midsection. Muscles moved sleekly as he shifted and cleared his throat. Her face heated as she lifted her eyes to meet a pair of amused blue-gray eyes.

“Who the hell are you?” she blurted out, then to cover her embarrassment, focused on screwing the cap back on the bottle she held.

The man ran a hand through his damp, black hair, leaving the short strands standing on end. “Who the hell are you?” he returned, a hint of the South danced through the words.

“I asked first.” She groaned inwardly. God, she sounded like a child.

He let out a short laugh. “I’m the man whose shower was cut short because you were banging around and bellowing for someone who isn’t here.”

“Don’t know. You could try calling him,” he suggested brightly. “Would’ve saved you a trip. And my shower.”

“Enough about the shower,” she snapped, then sighed. “You’re a friend of his?”

“Yeah.” He stepped forward and held out his hand. “Spencer Reed. Cal’s putting me up while I’m here for the wedding.”

Maggie swallowed as his fingers wrapped around hers. Heat raced up her arm and she shifted uncomfortably.

After a quick squeeze, he released her hand, and his mouth turned up into a wide smile. “Ah, Cal’s sister.” He tilted his head and narrowed his eyes. “I can’t believe I didn’t see the resemblance. Nice to meet you.”

She nodded then looked around the room. “Look, I’m sorry for barging in. I did try to call Cal, but he didn’t answer. I figured he’d be here.”

“Can I help you with anything?”

Oh God, why did all kinds of wicked images flood her mind with that simple question? Maggie inhaled deeply, and nearly whimpered as the fresh soap scent swamped her senses.

“Well,” she licked her lips, “unless you know where Cal stashed the programs for the ceremony, then no.”

He shook his head. “Unfortunately, I don’t know where those are.”

She nodded then frowned. “You’re here for Gabe and Kate’s wedding?”

“Yeah. Met Gabe a few years ago
when he still lived in LA. W
henever I was there, I looked him up. I can’t wait to meet the woman who finally caught him. There are many socialites…and their mothers, I’m sure, who are in tears over it.” He laughed.

“Why are you staying here then? You don’t have to. Arrangements were made for out-of-town guests at the resort.” Maybe he hadn’t been told, because, really, who would choose to stay here over a luxury room?

“No need for that. I’m early, and I’m planning on staying a while after the wedding. Besides, it’s easier for me to work here than in a hotel room. No matter how stunning that room may be.” He smiled.

“What kind of work do you do?” she asked, dreading the answer. It just figured that the first good-looking man she’d met in sometime would have a strike against him from the get go.

Yep, there it was. Maggie fought against the disappointment and kept what she hoped was a pleasant, interested expression on her face.

“Well, if you change your mind, and want to sleep somewhere…I don’t know, sanitary,” she glanced around the cluttered room, “just let Cal or I know, and we’ll get you set up at the resort.”

Spencer shrugged. “Doesn’t matter to me. As long as I have a flat surface to pass out on when I need it, I’m golden. But thanks; I appreciate it, Maggie.”

His smile grew into a grin and Maggie cursed inwardly. Damn it all. More than good-looking, he was absolutely yummy to look at, but an irresponsible, messy artist? No, thank you. She ran her gaze down his body again and felt a sweet tightening low in her belly. What a pity.

“Well,” she said slowly, “when Cal decides to make an appearance, could you tell him to call me?”

“It was nice to meet you, Spencer. I hope you enjoy your stay.” She made her way toward the door.

She stopped, her hand on the knob, and glanced over her shoulder.

“I’d close that cute little suit jacket before you head out into public if I were you.” Laughter colored his words. “Because as much as I enjoyed the view, I’m guessing you don’t want the world to see your…assets?”

Maggie looked down then closed her eyes. Didn’t it just freaking figure? Her blouse was plastered to her breasts and her sensible bra did nothing in the way of concealing her nipples, which stood proudly at attention against the wet fabric. She’d been too damned focused on Spencer and his body that she’d been giving him a nice little show the whole time.

She waited until she’d left the apartment and was walking down the steps before yanking the jacket over her chest and holding it closed. Thank God she always kept a change of clothes in her office. Determined to put this incident, and Mr. Spencer Reed, out of her mind, she stepped out onto the sidewalk and headed to her car at a fast clip.

Chuckling, Spence strode into the bedroom he was currently occupying to grab a T-shirt. He didn’t know exactly what he’d expected when it came to Cal’s sister, but hell, they were twins. He imagined she’d be…he didn’t know…a female version of Cal. And she so was not. There was a resemblance, once you looked for it. The same blue eyes, blonde hair. But it was abundantly clear she wasn’t the same carefree spirit her brother was. The banging on the door and yelling had been Spence’s first clue, but the way she held herself, the tone of her voice confirmed it.

And that suit she’d been wearing… He groaned as he pulled the shirt over his head. She probably thought it was very proper and dignified, but from where he was standing, it was pure sin. The pinstriped pencil skirt highlighted legs that went on forever. He itched to run his hand along them to see if they were as smooth as they looked. The matching jacket was fitted and topped a sexy little white blouse that had enough of a vee to expose just the right amount of cleavage to tease. Of course, the spilled water afforded him more than just a tease. The sight of the transparent fabric clinging to her breasts, her nipples doing a little “hey, here we are” salute just for him wasn’t something he’d forget anytime soon.

Her blonde hair had been swept up in some kind of twist, and the exposed length of her throat and curve of her jaw made him wish he’d had his sketch pad in hand. With that thought, he grabbed his pad and pencils from the bedside table and headed into the living room. Shoving piles of clothes aside, he sat on the couch and flipped to a clean page. Pencil met paper, and he lost track of time, focused on sketching every detail he could remember.

Spence lifted his head and set the drawing facedown in his lap when he heard the door open. Cal stepped into the apartment and shot him a tired smile.

“Mornin’,” his friend said as he shut the door behind him.

“You just rolling in?” Spence laughed with a lifted brow.

“Nah, couldn’t sleep so I headed downstairs to get a bit of work done.”

“Painting or other work?”

Cal had bought the building and was in the process of converting part of the lower level into studio space, as well as a gallery for local artists in the storefront. It was part of the reason Spence had come to town early—he was interested in rolling up his sleeves and joining his friend in the venture.

Spain for the Sovereigns by Jean Plaidy
Anna (Book 2, The Redemption Series) by S.J. West
The Ability (Ability, The) by Vaughan, M.M.
One Foot in the Grave by Jeaniene Frost
The Wizard Hunters by Martha Wells
America's Galactic Foreign Legion - Book 22: Blue Powder War by Walter Knight
Tyrant by Valerio Massimo Manfredi
Subterranean by Jacob Gralnick
The Predicament (The Proposition #3.5) by Katie Ashley
Pride and Prejudice by Jane Austen, Vivien Jones, Tony Tanner