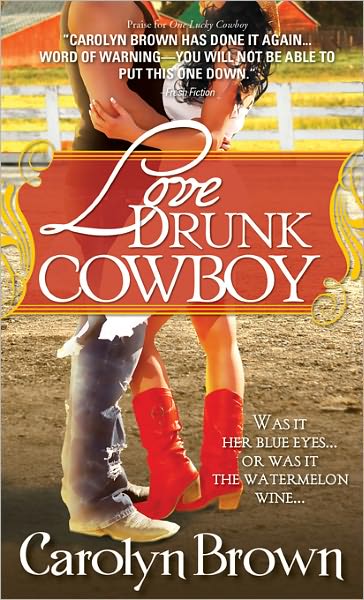 The Lanier gut was never wrong.

Austin Lanier didn’t need a deck of Tarot cards or a psychic to tell her something was fixing to twist her world into knots. She looked behind her… nothing but willow trees with new mint-colored leaves dancing in the spring breeze. She looked ahead… nothing but the muddy waters of the Red River.

The antsy feeling causing all the hair on her body to tingle might be the fact that she was about to sift her grandmother’s ashes into the dirty brown water. At least, the old Red flowed gently as if it had no place to go and all year to get there, like an elderly retired man sitting on the porch in his oversized rocking chair watching the cars go by on a lazy summer day. Later, when the spring rains came, it would change to a rebellious teenager, rolling and spinning out of control, rushing to its destination at a breakneck speed.

But that day it was as peaceful as Austin Lanier was agitated by the inner turmoil that crept up on her unwanted and unexplained. She stood on the sandy bank and Pearlita Richland handed her the wooden box. About the size of a shoe box, only heavier, Austin held it close to her heart in a hug but it didn’t hug back and it didn’t laugh like Granny Lanier. Was this all there was to life? Joys and sorrows reduced to a box full of gray ashes.

“Even though I don’t agree with this, it’s what she wanted so it’s the way we’ll do it. So good-bye, my dearest old friend. You hold a place for me on your park bench up there until I finish what I’m doing down here,” Pearlita said.

She was eighty-three, the same age as Austin’s grandmother and they’d been friends from the time they started school back in the Depression years. Pearlita was a tall, lanky woman who still stood proud with her head held high and her back ramrod straight. She had gray hair cut in a no-nonsense style that required nothing more than washing and towel drying. That day she wore her one pair of black slacks and a black sweater reserved for weddings and funerals. She’d left her black shoes at home and worn her old brown cowboy boots since she was going to the river.

Austin opened the box and was amazed at the ashes inside. That fine dust couldn’t be her grandmother. She’d been a force that never succumbed to age, even in the end.

“She told me that old age wasn’t for wimps,” she said as she held the box out over the water and slowly poured it into the muddy waters of the Red River. Tears streamed down her face and dripped onto her favorite black power suit: tailored slacks, a fitted jacket over a black silk camisole, and black spike heels. The moment the ashes were out of the box she wanted to wade out into the muddy water and gather them all up to hug one more time. She didn’t care if she ruined a pair of expensive high heels in the sand or if the suit would have to go to the cleaners when she got back to Tulsa.

“Living isn’t for wimps no matter what age you are,” Pearlita said. “Now we are supposed to watch the ashes disappear and then go to the Peach Orchard for lunch. When we get done you’ll need to start sorting through things at her house. Want me to help?”

“Thanks, but I can do it. I’ll call if I need help.” Austin watched the river carry her grandmother away.

It wasn’t right. There should have been flowers and a casket and weeping and it should have been done six months ago when she died. She deserved a twenty-one gun salute even though she wasn’t military and then they could fold up that superman cape Austin always thought she wore and Austin could frame it in a special box with the big S right on top.

She should’ve invited Rye O’Donnell, her grandmother’s elderly neighbor, to come to the river with her and Pearlita. Even though Verline had told them exactly what she wanted, Rye should’ve been there. He loved Granny too.

Austin had been talking to him once a week the past six months since her grandmother died. He’d been her neighbor for several years plus her best friend and he’d looked after things after Granny died. There wasn’t much to be done since Verline had taken care of everything beforehand, but Rye had kept an eye on the house until Austin could get find a couple of weeks to come to Terral to sell the watermelon farm. Maybe that was why her stomach was tied up in knots. She had to meet the elderly gentleman sometime and he’d be disappointed that he wasn’t asked to come to the river.

“My cell phone number is on the front of her refrigerator. She could spout off my regular old phone number from the first time we got party lines, but this newfangled cell phone stuff was almost too big of a trick to teach us old dogs. You take all the time you need here, Austin. I’ll be in the truck.”

A thousand memories flooded Austin’s mind all at once, none of them more than a brief flash. Granny Lanier in her jeans and boots making biscuits before daylight or thumping the end of a watermelon to see if it was ripe or demanding that Austin make her bed every single morning when she came to visit for two weeks in the summer. When the memories played out and there was nothing but the cooing sound of mourning doves in the distance, Austin looked out at the Red River and couldn’t see the faintest bit of ashes left. She brushed the tears from her cheeks with the sleeve of her black suit and headed toward the pickup truck where Pearlita waited.

That sinking feeling in her gut said there was more trouble hiding nearby and in the distance she heard the engine of a truck.

Dust boiled up behind Rye O’Donnell’s truck like a billow of red fog. He pushed down harder on the gas pedal, fishtailed the truck when he made a hard right, then another quick turn to the left, sliding into the driveway and throwing gravel everywhere. He bailed out of the truck, slammed the door, bypassed the porch steps with one leap, and shed his dirty work clothes on the way to the shower.

Every time Granny Lanier got a new picture of Austin she’d hauled it out for him to see. He’d talked to her once a week the past six months on Thursday night. After he’d assured her that the house and land was fine, the conversation had usually centered on Verline Lanier. He’d missed the old girl horribly and looked forward to talking to her granddaughter but seeing her on that riverbank had been… well, hell, it had knocked his socks off.

He took a fast shower, lathered up his face, grabbed his razor, and nicked the dent in his chin. Grabbing a small piece of toilet paper and plastering it down on the blood bubble, he kept shaving, but he couldn’t erase that shit-eating grin looking back at him in the mirror.

He finished shaving and peeled the paper from his chin, slapped on his best shaving lotion, and even used a comb rather than his fingers on his black hair. It only took a few minutes to jerk on a pair of starched jeans, a fresh shirt, and his Sunday cowboy boots.

From the time he’d parked the truck until he was back in it ten minutes had elapsed, but she’d already be at the Peach Orchard. He and his one hired hand, Kent, had been working on a tractor all morning. The only thing that held it together the previous summer was baling wire, cheap used parts, and cussin’ that would fry the hair out of a frog’s nostrils. There didn’t seem to be any more cheap parts and the baling wire had all rusted. The only thing left was cussin’ and even that wasn’t working that day. He’d been hot, sweaty, and hungry when he went to the river and had no intentions of cleaning up in the middle of the day until he saw Austin. Seeing her in person made his heart do crazy things in his chest. Things he’d never felt before.

He hit the speed bumps in front of the school too fast and thumped his chin on the steering wheel. The nick started bleeding again and he’d forgotten to put a clean handkerchief in his pocket. He slowed down to a crawl and pulled down the visor to look in the mirror. Luckily, there was a paper napkin from the last Dairy Queen trip in the console, so he dabbed at it while he drove to the highway and turned south toward the Peach Orchard.

Kent leaned on the rear fender of the old ranch work truck in front of the café and raised an eyebrow when Rye brought his truck to a stop. He had a cigarette smoked down to the stub and put it out on the heel of his boot when Rye parked beside him.

“How did it go? I was about to give up on you. Guess you liked what you saw if you got all cleaned up just to meet her. What are you grinning at? I washed my face and hands with one of them wet wipe things Malee uses on the boys. Do I still have dirt on my nose or something?” Kent asked.

“Your face is clean and everything at the river went just like Granny Lanier wanted it. Pearlita brought the ashes and Austin scattered them in the river.”

“Who? Granny or Austin?”

“Either one,” Kent answered.

“Austin didn’t. Granny probably did and is laughing.”

“You’ve seen her pictures.” Rye couldn’t think of a damn thing to erase the silly grin from his face.

“That’s not what I asked. A picture is just a likeness. Real people have dimension. Why are you smiling like that? What’s the matter with me?”

Rye poked him on the shoulder. “Nothing is the matter with you. Dimension? I didn’t know you knew ten-dollar words.”

“You are avoidin’ a simple question and you got all spruced up which means you liked what you saw.”

The Year of Our War by Steph Swainston
Stranger in Right Field by Matt Christopher, Bert Dodson
The New Guard (Crossroads Book 1) by Matthew M. Johns
Bone Deep by Webb, Debra
Reluctant Alpha by Barton, Kathi S
The Girl He Left Behind by Shilpa Suraj
Mr Mumbles by Barry Hutchison
Truth and Bright Water by Thomas King
The Farm by Tom Rob Smith
Forest of Whispers by Jennifer Murgia