Read Love of a Rockstar Online

Love of a Rockstar 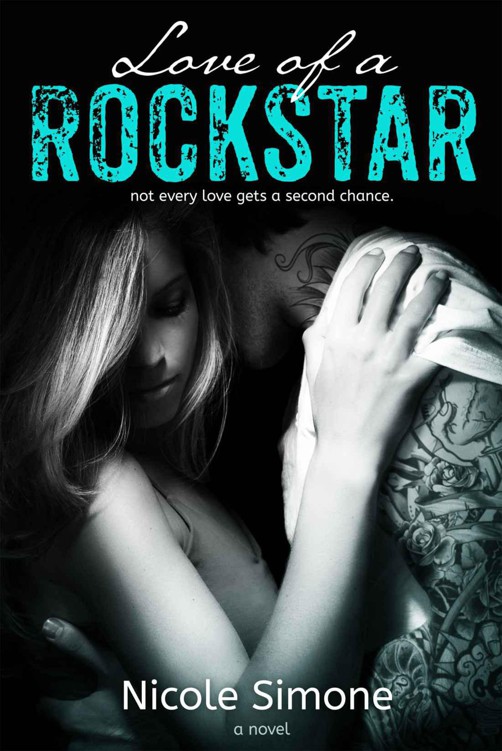 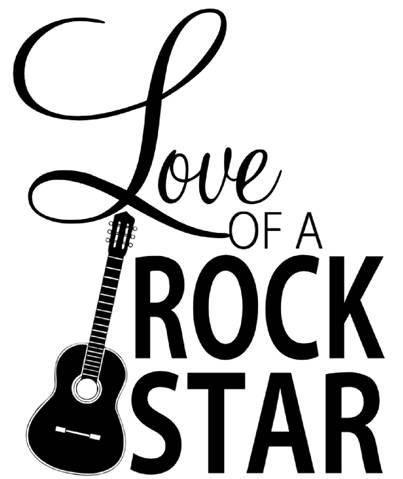 Love of a Rock Star

This book wouldn’t have been possible without the support of my parents.

Thank you for always believing my dream was in reach. 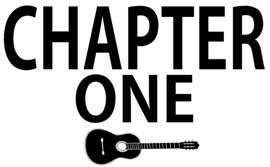 I PICKED THE toys up off the floor with a small sigh. It always seemed like a never-ending mess in my house and no matter what I did, the chaos stayed that way. It wasn’t my daughter’s fault; I was the one who overindulged her.

A small part of me hoped the dollies and the pink tea set with the matching saucers would deter her from noticing the lack of a father figure in her life, which was ridiculous. Even at four, she had a keen sense of her surroundings. One morning she asked if the woman sneaking out of Mr. Avery’s house across the street was his wife. To say I didn’t know how to answer her question would be putting it mildly. My words became fumbled; Nil lost interest and walked away. Her father would have stayed calm and collected. He was the yin to my yang, always balancing me out.

Until he left us.

I snatched up a sippy cup from the floor. “Stupid asshole,” I muttered to myself. “Leaving me to deal with this mess all alone.”

My daughter’s voice, thick with sleep, made me glance over. She stood in the doorway, clothed in her pajamas, her big blue eyes studying me. I gave birth to Nil as a scared twenty-year-old, but as soon as the nurse placed her in my arms, a woman emerged from within me. One month before I was to give birth, her father got a life changing opportunity to go on tour, and ran off to pursue his dreams of becoming a rock star. My heart shattered into a million pieces when he left, and I had no idea how I would manage single motherhood. What kept me going was the tiny imprint of a foot beneath my skin on my stomach during my ninth month of pregnancy. That was why I named her Nil, light of the sun.

“What’s an asshole?” she asked.

Grimacing, I picked her up onto my hip. “A bad word sweetie, not one you want to use.”

“True, but only grown-ups can,” I explained.

Sissy, Nil’s cousin, was five years older than her. If she thought eight years old was a grown-up, I must be ancient to my daughter.

As we crossed the short distance to her bedroom, I prayed she’d forget this conversation. The last thing I needed was for my daughter to start cursing. I plopped Nil down onto her bed and tugged off her shirt. My grandmother would be here soon to babysit so I could go to work.

“Which outfit?” I asked my daughter.

I held up a pink sparkly dress and a jumper decorated with unicorns. My heart burst with love as her rosebud lips pursed. When I was her age, fashion was also my one true obsession.

She pointed her chubby finger to the dress. “That one.”

Her choice didn’t surprise me. Anything with pink and sparkles always won.

Nil made a grabbing motion with her hands. “Let me do it.”

I handed it over and she proudly pulled the dress over her head. She still had her PJ pants on which made the outfit a mishmash.

“Sweetie, a dress isn’t a dress if you’re wearing pajama bottoms underneath.”

Nil’s face hardened into a mask of determination. “I like it.”

For all I cared, she could wear whatever she wanted, but since my grandmother was coming over, I wanted Nil to appear presentable. When the news of my pregnancy broke, my family wasn’t happy. My parents lived on the upper echelon of society with an image to protect. Pregnancy out of wedlock became an embarrassment.

What really unnerved them, though, was getting knocked up by my rocker boyfriend, the one guy who drank, partied, and fulfilled every stereotypical image out there about musicians. My parents said I was insane to believe he would stick by me. As much as I hated to admit, their words held truth. But when you’re in love, you’re blind.

The guy I knew chased away my nightmares and told me he loved me every single day. I figured once Nil was born, he’d shed his rock star persona. Instead, he abandoned us to follow his dreams while I put mine on hold to raise our child. My grandmother was the only person who didn’t remind me how naïve I was. She became my lifesaver in the rocky journey during my daughter’s first year. Without her, I wouldn’t have known what kind of baby food to buy or how green poop is a normal occurrence. During those first three years I tried to show my Grandma Doris how capable a mother I was without her, which meant Nil had to dress like a normal human being.

“How about this? If you take off the pants, I’ll make you pancakes,” I bargained.

At the mention of her favorite breakfast, her eyes lit up. “With chocolate?”

The sugar high she would get might send Grandma Doris into a heart attack. “Blueberries, take it or leave it.”

Once again, Nil won this round. She scrambled out of her pants and ran into the kitchen, chanting the word ‘pancakes’ over and over again. I followed her with a grin on my face. I loved her fierce stubbornness; it reminded me of her father. Fifteen minutes later, I stood over the stove flipping pancakes when the doorbell rang.

I watched from the kitchen as Grandma Doris squeaked open the door only to be knocked backwards by a thirty pound little girl.

“You’re here!” Nil exclaimed. She wrapped her arms around Grandma Doris’ thick middle, clinging on for life. Grandma Doris kissed the top of her head and smiled. “Can we read the bear story again?” Nil asked.

I shook my head. I must’ve read Nil the bear story a hundred times in the past three months.

“Nil, let go of nana so she can come in and close the door,” I said.

My daughter reluctantly peeled herself off her great-grandmother and stepped back.

“Thanks child,” Grandma Doris said sweetly. At seventy-five, she personified classy, knowing how to dress for her shape in slim cardigans, khaki pants, and the always-present string of pearls around her neck.

“Do you want pancakes?” Nil asked.

Grandma Doris ambled into the kitchen, eyeing the fluffy stack of carbs. “Better not.”

I gave her a quick peck on the cheek as I rushed past her toward my bedroom. I needed to get ready for work. Frantic, I threw on a pair of black pants and a white button down shirt. “Shit, shit.” My boss would kill me if I arrived late for the third time this week.

“Mommy, there’s no whipped cream,” Nil whined from the other room.

Ignoring her pleas, I tossed my purse over my shoulder and skidded into the living room. My high heels were not in their normal place by the door. Nil had a tendency to steal my shoes for dress up and not return them where she found them.

My eyes shot over to my daughter. “Nil Lacy Parker, where did you put mommy’s shoes?”

She swallowed a mouthful of pancake with a guilty look on her face. “In my bedroom….”

I didn’t wait for the remaining sentence. I knew exactly where she hid objects she wasn’t supposed to play with. I rushed into her room and scooted underneath the bed, squinting through the dust bunnies for my red pumps. When I had a free moment, I needed to give my apartment a thorough clean down. It was disgusting. A flash of red caught my eye and I reached my hand to the wall where I grabbed ahold of my pumps. Slipping them onto my feet, I hobbled back into the kitchen to kiss my daughter goodbye. I probably wouldn’t get home until after her bedtime. The hospitality industry worked brutal hours, but the money was good and I needed to save for Nil’s college fund.