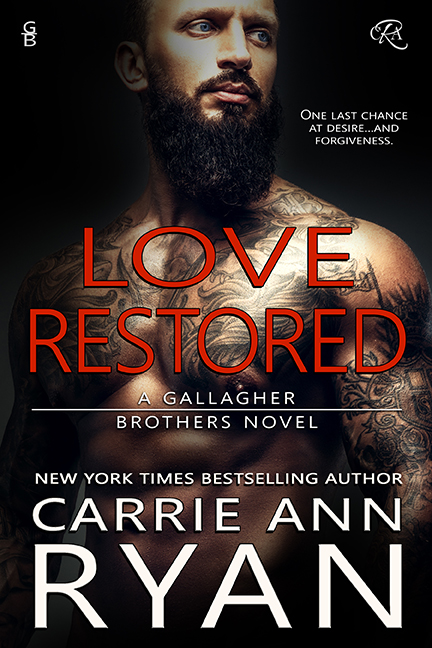 A Note from Carrie Ann

About Carrie Ann and her Books

Dust of My Wings

This ebook is licensed for your personal enjoyment only. This ebook may not be re-sold or given away to other people. If you would like to share this book with another person, please purchase an additional copy for each person or use proper retail channels to lend a copy. If you’re reading this book and did not purchase it, or it was not purchased for your use only, then please return it and purchase your own copy. Thank you for respecting the hard work of this author.

To interact with Carrie Ann Ryan, you can join her
FAN CLUB
.

“Carrie Ann Ryan knows how to pull your heartstrings and make your pulse pound! Her wonderful Redwood Pack series will draw you in and keep you reading long into the night. I can’t wait to see what comes next with the new generation, the Talons. Keep them coming, Carrie Ann!” –Lara Adrian, New York Times bestselling author of CRAVE THE NIGHT

“Carrie Ann Ryan never fails to draw readers in with passion, raw sensuality, and characters that pop off the page.  Any book by Carrie Ann is an absolute treat.” – New York Times Bestselling Author J. Kenner

“Carrie Ann’s books are sexy with characters you can’t help but love from page one. They are heat and heart blended to perfection.”
New York Times
Bestselling Author Jayne Rylon

Carrie Ann Ryan's books are wickedly funny and deliciously hot, with plenty of twists to keep you guessing. They'll keep you up all night!” USA Today Bestselling Author Cari Quinn

I loved writing Love Restored! It was great to see the other side of Denver and the Montgomerys without actually writing their series. The Gallagher Brothers are bearded, broody, and filled with gruff angst. Graham is one of my favorite heroes ever…and Blake might be one of my favorite characters. Ever.

I couldn’t write this book without a so many people. Thank you Chelle, Charity, KP, and Tara for all of your help with this book. You guys make sure each book is perfect.

Thank you Sasha Devlin for daring me to write a certain scene on Twitter. Yes, apparently if you dare me on Twitter, it can end up in a book.

Thank you Rebecca Royce for reading each chapter as I wrote it, giving me what I needed to finish the book.

And thank you to my husband for understanding that long nights and weekends come with the job. But also thank you for teaching me what down time is. I love you.

As always, I couldn’t be here without my readers, so thank you for reading each of my books and thank you once more for taking a chance with the Gallagher Brothers.

In the first of a Montgomery Ink spin-off series from NYT Bestselling Author Carrie Ann Ryan, a broken man uncovers the truth of what it means to take a second chance with the most unexpected woman…

Graham Gallagher has seen it all. And when tragedy struck, lost it all. He’s been the backbone of his brothers, the one they all rely on in their lives and business.
And when it comes to falling in love and creating a life, he knows what it’s like to have it all and watch it crumble. He’s done with looking for another person to warm his bed, but apparently he didn’t learn his lesson because the new piercer at Montgomery Ink tempts him like no other.

Blake Brennen may have been born a trust fund baby, but she’s created a whole new life for herself in the world of ink, piercings, and freedom. Only the ties she’d thought she’d cut long ago aren’t as severed as she’d believed. When she finds Graham constantly in her path, she knows from first glance that he’s the wrong kind of guy for her. Except that Blake excels at making the wrong choice and Graham might be the ultimate temptation for the bad girl she’d thought long buried.

Graham Gallagher had never craved a cigarette as much as he did right then. It didn’t matter that he’d quit smoking over fifteen years ago cold turkey and hadn’t picked one up since then. He just wanted a damn smoke.

He wanted a fucking cigarette, a beer, and a willing woman underneath him as he fucked her until they were both spent.

And not necessarily in that order.

Not that he’d get any of that anytime soon. Between this new job, the old one they hadn’t fully completed yet, and the rest of the crap in his life, he wasn’t sure he’d even have time for a beer.

And considering it had been a long six months since he’d had a woman, he was pretty sure he wouldn’t be getting laid anytime soon. He and his right hand had a perfectly nice relationship for now, and when things got downright dangerous, he got to know his left.

Jesus, he needed coffee or something if he was thinking about how his left hand would be something different in his life.

He pulled his dark hair out of the rubber band and grimaced as he caught some tangles when he ran a hand through it. He wasn’t sure he’d brushed it that morning; instead, he’d just thrown it up in a tie at the back of his head as soon as he’d gotten out of the shower.
At least I showered
, he thought. Considering he’d slept for shit the night before, a shower after sweat-slick dreams had been the only recourse. He quickly ran his hand through his hair a few more times, getting out most of the rat’s nest, and then pulled it back again before the owner of their new project showed up and called him a heathen.

Graham sighed, sliding his hand over his beard to straighten it out. Since it had grown past his chin and almost touched his chest if he lowered his head just right, he already looked the part of a criminal to some. Add in the ink covering his body, and the piercings only those in his bed could see, and he didn’t fit the ideal image of a businessman that the caliber of people who wanted to work with their business expected.

Not that he was only a business owner. He and two of his brothers owned, operated, and sweated for Gallagher Brothers Restoration. They cleaned up and restored old homes and buildings that were either already historical landmarks or well on their way to becoming them. It wasn’t the easiest work in the world in Colorado since it was a relatively new state compared to those out east. To put it more simply, the buildings weren’t as old in Denver as they were where the first colonies had settled, like Delaware, Pennsylvania, or the Carolinas. But in the past decade, he, Owen, and Murphy had never lacked for work. Their other brother Jake worked with them at times as well, though he had his own life with this artwork and never seemed to want to butt in.

He sighed. One of the perks of being the oldest brother was apparently an ulcer, since he worried over his family so freaking much. And now he was standing in the middle of a monstrosity of a mansion and not in the mood to deal with the legalities and politics that came with this particular job.

Hence why he needed the cigarette, beer, and willing woman.

“Let me guess, you woke up, showered, and put on the cleanest jeans you own, but didn’t bother to make a cup of coffee. I mean, why would you, when you figure I’ll bring you some.”

Graham turned at the sound Owen’s voice and shrugged. “You always bring me coffee. Why should I make any? Especially when I was running late anyway.” He took the aforementioned coffee with the “G” written on the side, and took a sip, his body relaxing at the first taste of the brown elixir of life.

At that thought, he took another drink, this one a bit bigger. If he was thinking in terms of elixirs like Murphy, perhaps he needed more caffeine than he realized.

“You wouldn’t run late if you actually set your alarm for a reasonable hour, instead of right before you need to be out the door. It’s amazing what happens to your day when you actually set a schedule and keep it.” Owen set down the last cup, this one with a large “M” on the side for Murphy, and took a drink out of his own cup, the big “O” written in Owen’s perfect block lettering.

Seriously, if his brother weren’t so good with his hands when it came to restoring buildings and didn’t take care of all the paperwork that gave Graham headaches, he’d hate the guy. Plus, Owen talked to the other contractors and people who owned the land they worked on. Since Graham didn’t particularly like talking to people in general, he was damn happy Owen dealt with it.

While Graham had pulled on the cleanest and brightest T-shirt he owned over jeans, Owen had on a button-down shirt over pressed jeans. Yeah, he had a slight beard, but he’d trimmed it down that morning, and even had some sort of mousse or gel in his hair. As Graham had never once used the stuff, he wasn’t sure which one it was. He also had a feeling if Owen hadn’t planned on actually getting dirty at the start of the job, he’d have worn slacks instead of jeans, and probably even a tie along with it.

Graham never did understand his brother and his need to look presentable at all times.

But that’s what made Owen, Owen and Graham…Graham.

“I didn’t sleep well,” he mumbled. “It’s also the first day on a new job I don’t want in the first place, so yeah, I’m a little off. Once I get a hammer in my hands, I’ll get over it.”

Owen studied Graham’s eyes and cursed under his breath. “Shit, I didn’t think about what month it was.” He paused as if trying to think of something to say to make it all better. Nothing was going to make it that way so his brother would do better to stop trying.

Graham held out a hand and shook his head. “Don’t worry about it. I’ll get over it. I always do,” he lied.

He never got over it; never let it leave his mind. But he worked through it, buried it when he needed to, and found a way to live when not living had almost seemed like a better choice.

Hell, he needed more coffee than this if his brain were going to head in that direction. “When’s Murphy getting here?” he asked, trying to change the subject smoothly. From the look in Owen’s eyes, he hadn’t been smooth enough.

Thankfully, Owen went with it and didn’t push. That’s what he loved about his brothers; they didn’t press unless he needed it. And even then, they did their best not to be annoying about it. He knew he was the same way when it came to their demons, and that’s what made them Gallaghers.

They’d gone through hell on their own and had come together when the only other option had been giving up.