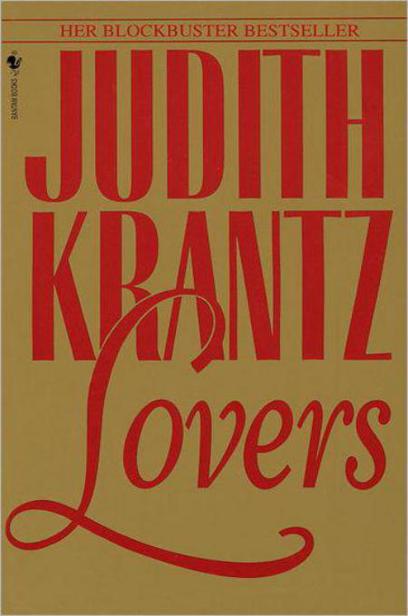 FROM BITTER RIVALS TO BEST FRIENDS, FROM
OLD LOVES TO NEW FLAMES,
THESE ARE THE EXCITING MEN AND WOMEN OF
LOVERS.…

GIGI ORSINI, who soon becomes more than a copywriter by inventing new businesses, such as a very special chain of children’s shops called The Enchanted Attic and a jewel-like marvel of a cruise line, unlike any other on earth.

BEN WINTHROP, a young and ruthless tycoon of persuasive, low-key charm. His desire to possess Gigi leads him to play a clever waiting game, although he doesn’t hesitate to skyjack her to Venice, where he owns a palazzo on the Grand Canal.

VICTORIA FROST, one of Gigi’s bosses, a woman of severely intimidating beauty and an intensely secret sexual life. Her lust for a man she can’t have will blind her to the consequences of her obsession.

ARCHIE ROURKE AND BYRON BERNHEIM, the two rakish advertising men who are Victoria’s partners; clever bachelors and risk takers, both of them are at least half in love with Gigi. But will they stand up for her against Victoria?

DAVID MELVILLE, the sensitive young art director who has eliminated his emotional life in favor of his career … until he finds himself working day and night with Gigi.

Lovers
stands firmly on its own as an effervescent work of fiction that does not demand knowledge of
Scruples
or
Scruples Two
to be utterly enjoyable. However, favorite characters from these novels reappear in the course of Gigi’s roller coaster ride to professional success and emotional triumph.

BILLY WINTHROP IKEHORN ORSINI ELLIOTT, now the enraptured, if overwrought, mother of four-month-old twins. As gorgeous and imperious as ever, legendary Billy, now forty, soon begins to fantasize about a brand-new start in the world of retailing.

SPIDER ELLIOTT, Billy’s husband, a superb Viking in a business suit, to whom no woman has ever been indifferent. Soon, through his casual thoughtlessness, his seemingly serene home life will be shaken to the core.

ZACH NEVSKY, Gigi’s first great love, a brilliant film director, whose dominating character is an outrage to her sense of independence. But Zach is too stubborn ever to stop loving her, even while he finds himself absorbed in a complex psychological battle with the exquisite star of his new film, MELANIE ADAMS.

SASHA NEVSKY, Gigi’s feisty best friend, whose provocative, fancy-free past has just caught up with her and is turning her new marriage into a nightmare.

Other books by Judith Krantz

This edition contains the complete text
of the original hardcover edition
.
NOT ONE WORD HAS BEEN OMITTED
.

All rights reserved
.
Copyright © 1994 by Judith Krantz
.
Library of Congress Catalog Card Number: 93-44175
.
No part of this book may be reproduced or transmitted in any
form or by any means, electronic or mechanical, including
photocopying, recording, or by any information storage and
retrieval system, without permission in writing from the publisher
.
For information address: Crown Publishers, Inc.
,
201 East 50th Street, New York, NY 10022

Bantam Books are published by Bantam Books, a division of Random House, Inc. Its trademark, consisting of the words “Bantam Books” and the portrayal of a rooster, is Registered in U.S. Patent and Trademark Office and in other countries. Marca Registrada. Bantam Books, 1540 Broadway, New York, New York 10036
.

For Steve, with all my deep continuing love. As yet another professional football season begins and my husband becomes, if not hard to find, all but impossible to interrupt, there is no one else to whom I would dream of dedicating this novel. When the games are over, I know he’s always there to read a fresh chapter and become that indispensable, honest, clear thinking, often inspired and inspiring sounding board all writers need—and only a lucky few can find in their own home.

As always, I’ve depended on the kindness of top professionals to give me inside knowledge of the workings of their worlds, and as has happened so often in the past, I’ve met nothing but generosity and warmth and welcome. I couldn’t have written
Lovers
without these people.

Warren Titus
, Chairman of the Seabourn Line and one of the leaders of the world’s cruise industry, who gave me invaluable amounts of his time, information, and a distillation of his long experience.

Adrienne Hall
, a dear longtime friend and one of the top creative women in the world of advertising, the Vice Chairman of Eisamen, Johns & Laws. Adrienne gave me extraordinary perspective on the advertising scene in Los Angeles and New York over the decades.

Russ Collins
, the brilliant and charming President and Creative Director of Fattal & Collins, the Los Angeles advertising agency on which I did not, in any way, model Frost/Rourke/Bernheim in this novel. Had either my imaginary Archie Rourke or Byron Bernheim been like Russ, my heroine would have married him as quickly as possible and this novel would have been a very short story with an instantly predictable ending.

Buzz Kaplan
, Executive Vice President of Fattal & Collins, who is the spark plug as well as the glue holding all the talents of the agency together with his kindness. If this is a mixed metaphor, it’s because Buzz isn’t easily described.

Colleen Mackay
, Assistant Account Executive of Fattal & Collins, a woman who operates beautifully and calmly in what is still somewhat of a male-dominated world.

I
n Los Angeles there is no driver who isn’t prudently wary of the peppery band who pilot tiny Volkswagens. They are known to be a race of aggressive, intrepid free spirits who make it a point of pride to dart pugnaciously in front of any Rolls or Mercedes ever built; who automatically and outrageously take precedence at four-way crossroads and zoom unapologetically into parking spaces that have clearly been staked out by more impressive and less quickly maneuverable vehicles.

Gigi Orsini bought herself a flat-out flaming scarlet Volkswagen convertible when she decided to accept the copywriting job at Frost/Rourke/Bernheim, the advertising agency that had been wooing her for months.

For years she’d dutifully driven a worthy but dull Volvo, a gift from Billy Ikehorn, her stepmother, but now, during the three-day weekend she allotted herself between leaving one job and starting another, Gigi plunked down a bundle
of slowly accumulated cash for, a car she could relate to. She put its top down and caressed its gleaming flanks; this mad machine, frisky and lighthearted, was exactly right for her new maturity, her new career, her new status. It was a nimble, merry car that suited Gigi’s optimism in this year of 1983, a year in which Barbra Streisand had the film industry poised to judge
Yentl
, the first film she dared to star in and direct as well as produce; a year in which L.A. got ready to host the Summer Olympics; a year during which Queen Elizabeth, game under her headscarf, visited President Reagan’s mountaintop ranch in the middle of a violent storm; a year that saw Kareem Abdul-Jabbar, in his prime, sign an unprecedented contract that paid him a million and a half dollars a season; a year in which the finality of the last episode of “M*A*S*H” struck a notable note of sadness in the otherwise prosperous lives of millions of Americans.

Now, on an optimistically promising late fall morning in this optimistic year early in the optimistic 1980s, Gigi Orsini, electric with nerves, teeth grinding with caution and apprehension, feeling none of the arrogant insouciance a VW owner deserved, slowly cruised the parking lot behind the old-fashioned, vaguely Spanish-style office building on Sunset Boulevard near La Cienega where Frost/Rourke/Bernheim was located. It was the first day of her new job and she hadn’t felt so shy since beginning high school, when she’d been as bashful as she had ever been in her normally unself-conscious life.