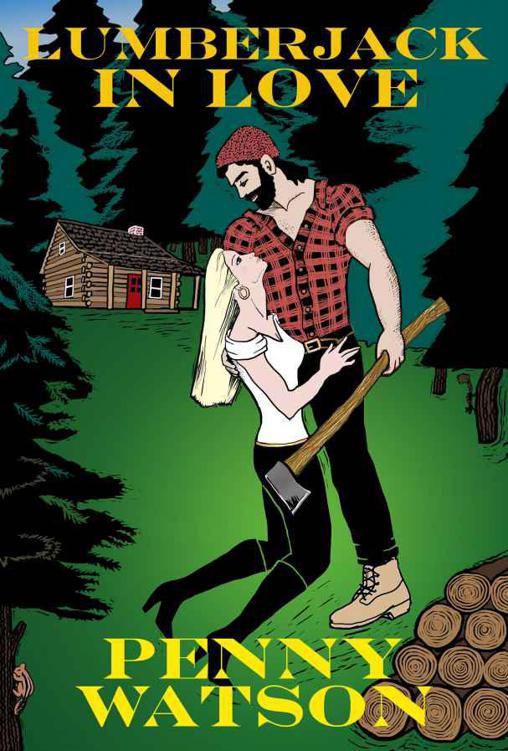 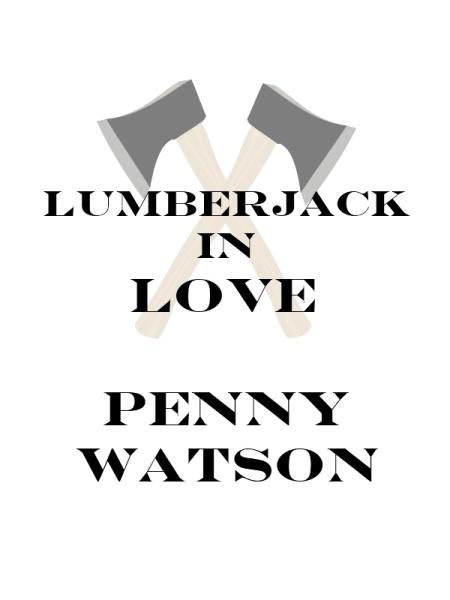 All rights reserved. Except for the use in any review, the reproduction or utilization of this work in whole or in part in any form by any electronic, mechanical or other means is forbidden without the express permission of the author.

This is a work of fiction. Names, characters, places and incidents are either the product of the author's imagination or are used fictitiously, and any resemblance to actual persons, living or dead, business establishments, events or locales is entirely coincidental.

Ami Jordan pulled her mini SUV onto the dirt road and bounced around like a rodeo rider. The frost heaves were wicked bad this year.

For God’s sake, just how deep in the woods does this guy live? What is he? Some sort of mountain man?

She smiled and imagined a grizzled stump of a man whacking at some logs with a rusty old axe. Her sister had sent her on this asinine errand to deliver the deposit check for her niece’s playhouse. Supposedly the builder was some sort of lumberjacky guru. Lived on thirty acres of wilderness in the Vermont mountains, designed and hand built kids’ tree houses. Ami had seen the sketches, and she had to admit they were spectacular. But venturing this deep in the forest was creeping her out.

City girls didn’t belong here. It was way too quiet. And peaceful. And…nature-y. What she wouldn’t give for the screech of the T or honk of an irritated driver yakking on a cell phone, or even the non-stop cussing tirade of her downstairs neighbors in Boston. Those noises were comfort food for her soul. As soon as she dropped off this check, she’d hightail it back to town and grab a second-rate coffee from the general store. Her sister found life in Cranville, Vermont to be “charming” and “restful,” but Ami missed well-paved roads and good cell phone reception.

When she returned to the city, the first thing on her agenda would be to hug the pimply-faced kid at Starbucks who served her a latte every morning. She would never take over-priced, ulcer-inducing coffee products for granted again.

After another half a mile of driving, the cabin appeared. It screamed
Rustic Mountain Man Lives Here!
A puffing chimney topped the two-story log house, and red checkerboard curtains lined the windows.

Holy cow. I hope this guy is on board with his mental faculties. This place looks really isolated.

Ami parked her car in front of the porch. The only other vehicle on the property was an old Chevy truck that had seen better days. As she climbed out of the SUV, a rhythmic pounding echoed from the backyard.

She clutched her handbag against her side.
Knock on the front door, or investigate the strange noise?
Mr. Mountain Man was clearly outside, doing his mountain manly business. Was there a Mrs. Mountain Man in the picture, maybe sewing the checkerboard curtains and keeping his axe well-oiled?

Hee hee. That was bad.
She chuckled at her naughty joke and sneaked around the side of the porch to catch a glimpse of Mr. Marcus Anderson, Designer of Children’s Playhouses and Protector of Green Space in Vermont. According to her sister, Mr. Anderson liked to show up at town meetings and unnerve non-ecologically minded folks with his intimidating stare and frightening beard. What a nut case!

She rounded the corner of the house and stopped dead in her tracks. She had no idea what Mr. Anderson looked like from the front. But from the back, he was no grizzled old man. A massive specimen of masculinity raised an axe high above his head, then crushed it down on a log propped on another stump. His arms bulged beneath a thin T-shirt, sweat drenched his back. Faded blue jeans hugged his ass and meaty-looking thighs. A pair of scuffed up work boots and a navy-blue skull cap completed his ensemble. He stopped momentarily, leaned over to grab a rag, and wiped the handle of the axe. Ami still couldn’t get a glimpse of his face, but the view from behind was certainly impressive.

He swung the axe again, splitting the log in front of him, and the two half-pieces tumbled to the ground.

Ami must have squeaked unwittingly. She didn’t mean to squeak. But suddenly Marcus Anderson’s head whipped around and he leveled her with an aggravated glare.

Whoa, Nelly. Looking pretty good from the front side, too.

The mountain man dropped the axe to the ground and stalked over to where she stood, immobilized. His face was dark, thunderous, and absolutely freaking gorgeous. Electric blue eyes, high cheekbones, and a black lush beard that Ami wanted to rub all over.
Now where did that crazy thought come from? I don’t even like beards! Think ZZ Top, think Santa Claus, think…think…

The giant man stopped in front of her and leaned down to eye level.

“Can I help you with something? Since you’re trespassing?” he rumbled. His eyes raked over her and he glanced heavenward.

The lumberjack snorted. “Those boots look real practical. I’m sure they’ll come in handy during a snow storm.”

She glanced down at her black stiletto boots. “We plow snow in Boston. It’s super convenient. You know, since people like to get a life. And not hide away on a mountain top.”

He raised an eyebrow. “Uh huh. Good for you. Any reason you’re here interrupting me?”

“Just dropping off a check and contract from my sister. Rachel McGuire.” She rummaged through her bag until she found the envelope, then passed it to Mr. Giant. She couldn’t help noticing his hands were the size of hubcaps.

“Uh huh, Ami Jordan. My sis got the earth-goddess genes in the family. Good at recycling, farming in Vermont, knitting. I got the city-girl genes.” She smirked. “You know, going out for sushi, channeling my road rage on the Mass Pike, attending every Celtics game unless struck by a bolt of lightning.”

Marcus Anderson stood to his full, towering, way-over-six-feet-tall height, and crossed his thick arms over his chest. His well-defined, hard-as-a-rock chest, which she ogled through the T-shirt. He peered down at her with a frown.

“I never heard of city girls going to Celtics games. Doesn’t that mess up your manicure?”

“I didn’t say I
played
basketball. I said I
watched
basketball. I like drinking beer while heckling the opposing teams.” She shot him her winningest smile. Mr. Lumberjack scowled back.

“Let’s go into my cabin so I can write out a receipt for your sister. And then you can head back to town.”

Ami followed Marcus to the cabin, carefully avoiding mud puddles and patches of ice. The boots were new and not really conducive to life on a mountain. As he had impolitely pointed out already.

A loud, keening screech shattered the silence. Ami yelped in surprise. She slid in her stiletto boots, bumped into the lumberjack’s back, and grabbed his beefy arm. A huge bird swooped by and landed on a tree branch. It ruffled its feathers and eyeballed her. Ami flexed her fingers on the rock-hard biceps and gasped.

“What the hell is that? It looks prehistoric or something. Does it bite?”

Mr. Anderson shook his head. “It’s just a red-tailed hawk, city slicker. For God’s sake, don’t you have any birds in Boston?”

“I guess so. I never really noticed.” She reluctantly removed her grip from the bulging bicep.

“Well, you’re not in any danger. Unless it decides to crap on you.” He didn’t crack a smile.

“Why exactly are you here in Vermont, Miss City Girl?” he asked. “You don’t seem too enthusiastic about the wilderness.”

“Visiting my sister. I’m up for a week. It’s my niece’s birthday and I like to shower her with gifts from beyond the magical forest.”

Marcus Anderson grunted, obviously not appreciating her sense of humor.

Just as she stepped onto the porch, she heard a whining noise. A chunky flat-faced dog ambled over and plopped down on top of her boot. “Who is this?”

Marcus leaned against a railing and reached into his pocket. He pulled out a dog biscuit and tossed it to the pooch. “Henry.”

“Isn’t that an English Bulldog?”

Henry munched on the biscuit and drooled on her foot.

She coughed to hide her laugh. “Nice dog you got there. I thought it was a state law that every Vermonter had to own a Lab. You know, when you apply for your driver’s license, you automatically check
yellow
or
chocolate
for the dog selection.”

Marcus leaned down and rubbed Henry behind the ears. The dog made a strange wheezing noise, then fell over onto his side as though stricken and exposed his tummy for more attention.

“Does your sister have a Lab?”

Mr. Mountain Man straightened and surprised Ami with a huge smile.
Holy Canasta, that smile is deadly
. His whole face lit up, even with the dark and intimidating beard. And the skull cap that made him look one step away from a prison cell.

He laughed. “Nice names. Your sister and her husband are good people. And they clearly adore their daughter.”

Ami nodded. They certainly did. After eight years of miscarriages and disappointments, their daughter was everything to them. They spoiled that kid rotten, and a tree house built for a princess was the icing on the Vermonty cake.

“They are great people. Even if they worry too much about me. My big sister thinks I’ll fry my brain in the polluted urban environment. She forces me to breathe fresh air every couple of months to ‘cleanse my body of its toxins.’”

Marcus opened the front door and ushered her inside. “She’s got a point. It is healthier to live up here.”

He banged the door shut behind him. “Boring-er is not a word.”

“It should be. It could be the Vermont state word. ‘Welcome to Vermont, Where It’s Boring-er Than Wherever You Live.’” Ami giggled at her own joke. “That’s a good one. Gotta remember to tell Rachel.”

Marcus did not look amused. He walked over to a desk in the corner of his living room and shuffled some papers. Ami glanced around the great room and blinked. It was surprisingly stylish, with a granite fireplace and hand-made wooden furniture. Henry curled up on his dog bed and closed his eyes. He heaved a few times and settled down for a nap.

Castleview by Gene Wolfe
Look Both Ways in the Barrio Blanco by Judith Robbins Rose
Outta the Bag by MaryJanice Davidson
Sheikh's Ex-Girlfriend (Khayyam Sheikh Series #1) by Sophia Lynn
Between A Rake And A Hard Place [Pirates of London Book 2] by Emma Wildes writing as Annabel Wolfe
Wildfire by James, Lynn
A Scandalous Marriage by Cathy Maxwell
Aberrant by Ruth Silver
Sins by Penny Jordan
Traitors' Gate by Kate Elliott