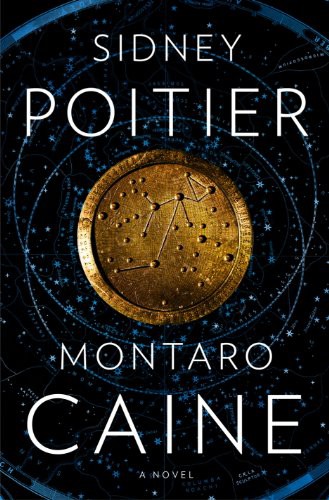 Montaro Caine
is a work of fiction. Names, characters, places, and incidents are the products of the author’s imagination or are used fictitiously. Any resemblance to actual events, locales, or persons, living or dead, is entirely coincidental.

Published in the United States by Spiegel & Grau, an imprint of The Random House Publishing Group, a division of Random House, Inc., New York.

F
OR A MAN WHOSE ADULT LIFE WOULD COME TO BE MARKED BY SO
many strange and miraculous events, Montaro Caine had a comparatively unremarkable childhood. In fact, during the times when Montaro would look back upon his earliest years—before his father died, before the arrival of the Seventh Ship, before a deformed black boy only a few years older than Montaro himself would make him a gift that would change Montaro’s life forever—he would remember his youth as if it had taken place in some distant galaxy light-years away. He was born in Hyde Park, a Kansas City neighborhood that was home to many academics such as his father, Robert, a professor of mathematics at the University of Missouri. Back then, the neighborhood was one of spacious front porches and vast backyards, just an easy bike ride away from frog-filled creeks and thrillingly perilous ravines.

To Montaro, childhood was a time of endless summers, a time when the things he loved most were close at hand—baseball, the end of school, staying up late to watch the stars with his father, the annual Ozark Mountains hiking trip with his dad and granddad Philip, and most of all, the time he spent with his Kansas City pals. Fueled by seemingly unlimited energy, his wild pack of friends would race across each priceless day in search of adventure, mischief, and fun,
until hunger, exhaustion, or weather drove Montaro home, where his mother, Sarah, would always be there to feed him or order him to take a nap or read a book.

But that idyllic childhood would end suddenly and far too early, in fact not long after he turned eight. For Montaro, life would forever be divided between the time before his father arrived home from a meeting of his university’s personnel committee bearing an important letter, and everything that happened afterward.

The odd part about the letter and all that it would come to represent to Montaro for his entire life was that it seemed to promise good news.

“Sarah?” Montaro heard his father call out upon entering his family’s sprawling ranch house on that Monday afternoon; in Montaro’s memory, his father’s voice always seemed to echo throughout the house, but this time it sounded uncharacteristically cheerful. “Where are you, honey?” he asked.

Dr. Robert Caine was a gentle yet intimidating man, stocky and handsome. He was the son of Jewish immigrants from Austria and he counted both bankers and mathematicians like himself among his ancestors. The family name had once been Cohen, until Robert’s father, Philip, who left Europe not long before the outbreak of World War II, had changed it at Ellis Island. Though at eight years old Montaro was too young to understand the true nature of his father’s brilliance or the fact that he himself would inherit his father’s scientific mind, he was always aware on some level of his father’s great knowledge and kind authority.

“In here, Robert,” Sarah Caine replied from the kitchen where she was cooking dinner—roast chicken with apples, which was both Montaro and his father’s favorite. Sarah was a graceful woman—beautiful, warmhearted, and generous; to Montaro, she was the personification of love, which seemed to radiate from her, casting its glow everywhere, yet most directly upon her husband and son.

Robert Caine entered the kitchen, embraced his wife, and then presented the letter. “It arrived today. Out of the blue,” he said.

“What is it?” She was already able to detect an unusual enthusiasm coming from a man who usually tried hard to downplay his emotions.

The letter was handwritten on Columbia-Presbyterian Hospital stationery and signed by a Dr. Andrew Banks. Though Sarah Caine had not completed college after she became pregnant with Montaro, she was aware of Dr. Banks’s reputation. On many occasions, she had heard her husband speaking of the renowned behavioral scientist. Banks was known primarily for his studies of individuals who were afflicted with varying degrees of mental retardation but were inexplicably gifted in a single area, in some cases to the point of genius. Banks’s work had revolutionized the thinking on mental deficiencies. This topic was also of great interest to Robert Caine, who had referenced Banks’s studies in some of his own papers. Now, according to the letter he was showing his wife, Robert was being invited to join Dr. Banks’s research group for a few days in New York as a member of an observation team consisting of about half a dozen professors to see how autistic patients processed mathematical equations.

“This is wonderful, darling; I’m so happy for you,” Sarah said, then called to her son, “Montaro, dinnertime!” When Montaro entered the kitchen, he saw that his mother was beaming, and so was his father, who seemed almost stunned by his good fortune. Yes, to young Montaro, this all seemed like good news.

On his first day at Columbia-Presbyterian in New York, Robert Caine finally got to meet Dr. Andrew Banks, who turned out to be a tall, angular Gary Cooper look-alike. In a mostly empty examination room, Banks introduced Robert and his fellow observers, four men and one woman, all professors, to an autistic man who was said to have astonishing math skills. The man was named Tom Lund, and Banks referred to him as an “idiot savant.”

Lund was a blond, wiry, sharp-featured fellow with hooded green eyes, and he appeared to be in his early thirties, about the same age as Caine himself. He was seated on a metal folding chair in the center of the examination room, and he acknowledged the introductions with a lazy nod of his head while avoiding eye contact with anybody present. Dr. Banks and the members of his research team each sat on metal chairs that were arranged in a semicircle around their subject, while
Dr. Caine and the other visiting professors seated themselves in a row of chairs behind the researchers.

Lund was consumed by nervous energy that drove his impatient left foot up and down in an anxious rhythm. He seemed to want to get this show on the road for yet another group of spectators hoping to gain some new understanding of his abilities. Even so, when Dr. Banks posed questions to him, Lund was unable to completely conceal how much he enjoyed being a star subject.

Banks began by presenting Lund with relatively simple problems, but those problems grew increasingly complex as he proceeded. The more Robert Caine observed, the more he became enthralled. In theory, he should not have been surprised that Lund was able to arrive at correct solutions to the questions that Banks posed. Having read Banks’s work, Robert knew that individuals such as Tom Lund would most probably be able to calculate the sum of the first one hundred integers as 500,500 or know that the hundredth prime was 541. But what amazed him was the computer-like swiftness of Lund’s calculations. Later that day, when Caine held his first one-on-one interview with Lund, he became only more awed by the man’s genius, which seemed almost otherworldly. Caine recorded in his notebook, “A stunning experience,” then added that there was always so much more to the world than what one initially perceived. The casual observer would have had no sense of all that existed beyond Lund’s nervous demeanor and those hooded green eyes; the world was much like Lund, he wrote, so full of unexpected depths, so full of mysteries for men of math and science to solve. Science and education—those were the two subjects that Robert Caine valued above all others; these were the two subjects, he wrote in his notebook, that he hoped would be part of Montaro’s future as well.

In New York, Caine spent the next three days interviewing Tom Lund and consulting with Dr. Banks in preparation for a paper he planned to write about his experiences at the hospital. The exchanges with Lund were exceedingly productive, at least according to what Caine wrote in his notes. He appreciated learning from a revered behavioral scientist such as Andrew Banks, and Dr. Banks, too, seemed
to benefit from the insights offered by this comparatively young professor of mathematics.

After Caine’s final one-on-one interview with Lund, conducted on his third day at Columbia-Presbyterian, Caine participated in an hour-long discussion in Dr. Banks’s office with his fellow researchers regarding their observations and findings. Even though he knew he had to rush to get to Idlewild Airport to catch his plane back to Kansas City, he kept asking questions, holding the microphone of his Dictaphone close to Dr. Banks’s face. And even afterward, while he hurried down a long corridor alongside Banks, Robert Caine still wanted to know everything the scientist could tell him about Tom Lund.

Robert Caine was heading with Dr. Banks toward the hospital’s exit when he noticed a patient stepping into the corridor. The patient was a black boy with a twisted chin and a withered right leg, which caused a severe sideways tilt to his body motion as he limped forward. The boy was dressed in a faded gray T-shirt and a pair of old jeans that were much too large for him. He moved toward Robert Caine with an unsettling look of determination in his haunted, unblinking gray eyes. The youngster’s face looked deformed—his bottom jaw seemed to swing severely to the left of the rest of his face. Both Caine and Banks tried to alter their course to move around him, but the boy blocked their way.

Pride and Premiership by Michelle Gayle
Ironic Sacrifice by Brooklyn Ann
Florida Straits by SKLA
My Beloved by T.M. Mendes
All The Way (The Sarah Kinsely Story - Book #1) by Berry, C.J.
The Secret of Sentinel Rock by Judith Silverthorne
Flamingo Fugitive (Supernatural Bounty Hunters 5) by E A Price
Those Who Went Remain There Still by Priest, Cherie
The Sleeping Life (Eferum Book 2) by Andrea K Höst
A Vision of Loveliness by Louise Levene