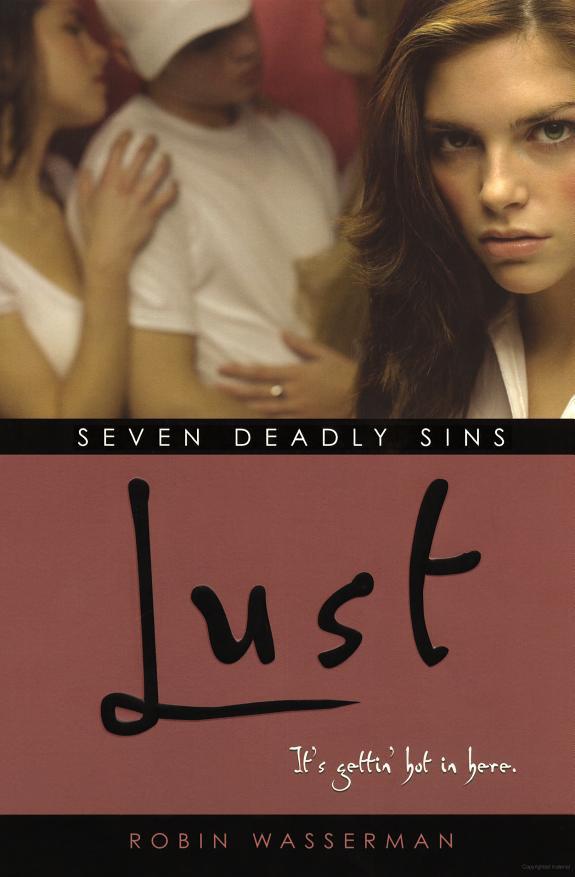 Grade 9 Up–Grace, CA, is populated by bored young adults who are obsessed with sex. This first entry in the series contains enough gossiping, scheming, and unrequited love to categorize it as a teen soap opera. Harper can have almost any boy she wants. Unfortunately, she wants Adam, who's infatuated with Beth, but she is not ready to consummate their relationship. Adam's frustration leads him to sleep with Kaia, the new girl who may usurp Harper's position as most popular. After Kaia seduces Adam, she moves on to Kane, who's as self-centered as she is. Meanwhile, Harper's friend Miranda longs for a date with the egotistical Kane. The only adult character is a teacher who makes advances on one of his students. Despite all, this is an entertaining novel. The same impulse that lures teens to
Desperate Housewives
or Zoey Dean's A-List and Cecily von Ziegesar's Gossip Girls series (both Little, Brown) will draw teens to it.
–Stephanie L. Petruso, Anne Arundel County Public Library, Odenton, MD
Copyright © Reed Business Information, a division of Reed Elsevier Inc. All rights reserved.

Gr. 8-11. In this first book in a new series for teens, Seven Deadly Sins, readers are introduced to Harper Grace, whose ancestors founded the now-declining town of Grace, California: Miranda, Harper's ugly-duckling best friend; frustrating good-girl Beth; Adam, who just happens to be both Harper's childhood friend and current fantasy; and new-girl Kaia, whose greatest private fun is attracting already-attached boys. Readers also meet gorgeous bad-boy Kane and the new, also gorgeous French teacher, Jack Powell. Drinking, suggestive conversations, and competition for love and friendships, all somehow related to the book's title theme of lust, develop against the backdrop of Everyteen's high school, Haven High. A teen version of TV's
Desperate Housewives
,
this
is marginally written, but still lightweight, tantalizing, soap-opera fare with just enough loose ends to draw readers back to its subsequent proposed books, each of which will focus on a different deadly sin.
Frances Bradburn
Copyright © American Library Association. All rights reserved 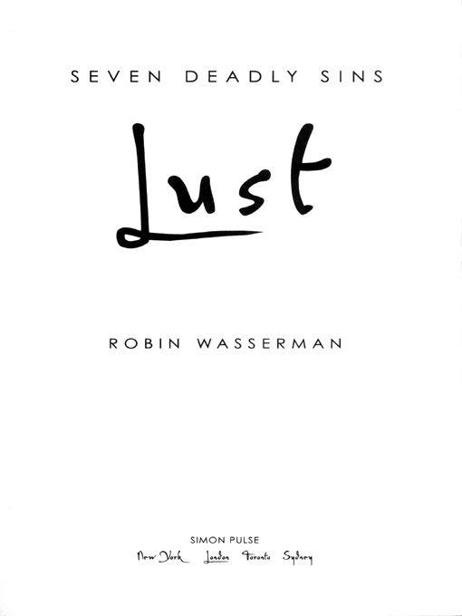 Sins of the flesh are the most enticing

Harper heard the old Chevy roar into the driveway and rushed to the window. There he was. Lean. Tan. Shirtless. His golden hair bronzed by the sun, his hundred-watt smile piercing through his obvious exhaustion ….

She opened the window, about to cal out, to wave—then thought better of it and just watched. He was her oldest friend, the boy who knew al of her secrets and liked her anyway—the boy she’d recently discovered was a man she wanted to be with. Might even be in love with.

Lately, the Blond One was al Adam could talk about, and it was driving Harper slowly but surely insane.

Harper slammed the window shut and crossed the room to her bed, which was covered in clothes—a haphazard pile of unsuitable first-day-of-school possibilities ….

—and potential y, depending on how far she bent over, a lot more.

It was simple. Harper wanted Adam—and Harper always got what she wanted.

It was just a matter of figuring out how.

An imprint of Simon & Schuster

The text of this book was set in Bembo.

And I can’t quench my desire.

Don’t you know that I’m burning up for your love,

You’re not convinced that that is enough.

“And it was the best sex I’d ever had.” Harper finished off the story with her favorite line and a lascivious grin.

The other girls tanning themselves on the makeshift beach (though chaise lounges plus backyard plus desert sun and margaritas did not an island paradise make) sighed appreciatively. Al but Miranda, who rol ed her eyes and—just barely—stifled a snort. Harper had already given her best friend the ful download on this guy, so she knew very wel that the previous evening’s encounter had been nothing if not nasty, brutish, and (perhaps merciful y) short.

But Harper knew Miranda would keep her mouth shut. After al , when had she ever dared ruin a Harper Grace story? Never—which is exactly why their friendship had lasted so long.

“So what now?” Beth asked, tucking her long blond hair behind her ears. A nervous habit. Miranda and Harper exchanged a smirk: The hal mark of any good Beth Manning imitation was to get the hair tuck just right, at a frequency of about one per every three sentences. “Are you going to see him again?” Harper just laughed and shook her head, a crest of wavy auburn hair whipping across her face. “Maybe when hel freezes over—or when pashminas come back in style—but not before. Not even great sex is worth dealing with
that
again, if you know what I mean ….”

The girls al burst into laughter and, clinking their plastic margarita glasses, toasted—to good stories, and better decisions. In the rock-paper-scissors of life in Grace, California, sex sometimes trumped boredom—but often (given the quality of guys available in Grace) it was the other way around.

Even if instead of sexy bronzed lifeguards, they were watched over by a couple of spiny, brownish cacti. Even if the only available view consisted of the low-slung hil s that loomed on the fringes of town, lumps of dirt and dust irregularly spotted with scrub brush as if they’d been struck by a fatal dose of desert leprosy. Even if the only water in sight sat warming in the pitcher Harper periodical y tipped into the mouth of the tequila bottle, replacing what she’d taken in hopes her parents would remain none the wiser. So what? The sun stil bore down on them from a cloudless sky, mixing with their careful y applied sunscreen to create the picture-perfect tan. The day was hot, the drinks were cool, and it was stil summer. At least for now.

“But the real y unbelievable thing—,” Harper began again, then stopped abruptly. “Aren’t you a little old for the Peeping Tom act?” she cal ed out in a louder voice, gesturing toward the sliding glass door of the house next door, where a strikingly handsome face had just shown itself. Harper’s neighbor, and another highlight of the week: the handsome, hunky, and utterly unavailable Adam Morgan. It wouldn’t be a day at the beach without putting in some scoping time. And there was no one better to scope—too bad he always showed up ful y clothed.

Adam crept into the backyard with one hand splayed loosely over his eyes.

“Is it safe for me to look, or have you ladies started up the nude tanning portion of your afternoon?” he asked, as the girls frantical y threw themselves into poses that maximized their good parts—not that, in their skimpy bikinis, there was much of anywhere to hide the bad.

“Yeah, good-bye summer, hel o torture. Don’t worry, I’m headed out to the courts now—just thought I’d stop by to say hel o.” He ruffled Harper’s hair and then squeezed onto the plastic chaise lounge next to Beth, slinging a tan, wel -muscled arm around his girlfriend.

“Nice to see you, too,” Beth giggled. “Now get out of here so that Harper can finish tel ing us about her date.”

“Another date?” He flashed Harper a knowing grin and took a swig from Beth’s drink. “I just hope you’re not teaching my girl here any of your tricks.” He winked at Harper, then leaned over to give Beth a quick peck on the lips.

Beth nuzzled against her boyfriend. “Don’t worry, Adam—I think Harper’s got al the guys in town staked out as her own personal property. I guess I’m just stuck with you.” No one who wasn’t watching for it would have noticed, but with those words, Harper’s face turned a definite shade of pale. And who could blame her? Listening to the happy couple’s flirtatious simpering was enough to turn anyone’s stomach. And given that Beth had only been invited in the first place by virtue of her connection to Adam, it seemed more than a bit inappropriate for her to be teasing Harper about her conquests. It was one thing when Harper and Miranda laughed about al the men—but coming out of Beth’s mouth, it just made Harper sound like … wel … a slut.

Sociopath's Revenge by V.F. Mason
To Forgive & Hold Safe (The Broken Men Chronicles Book 4) by Decevito, Carey
Sold on You by Sophia Knightly
In Maremma by David Leavitt
Foundation Fear by Benford, Gregory
El deseo by Hermann Sudermann
The Sinner by Tess Gerritsen
166 Days: My Journey Through The Darkness by Clark, Jennifer
The Search by Shelley Shepard Gray
Telemachus Rising by Pierce Youatt