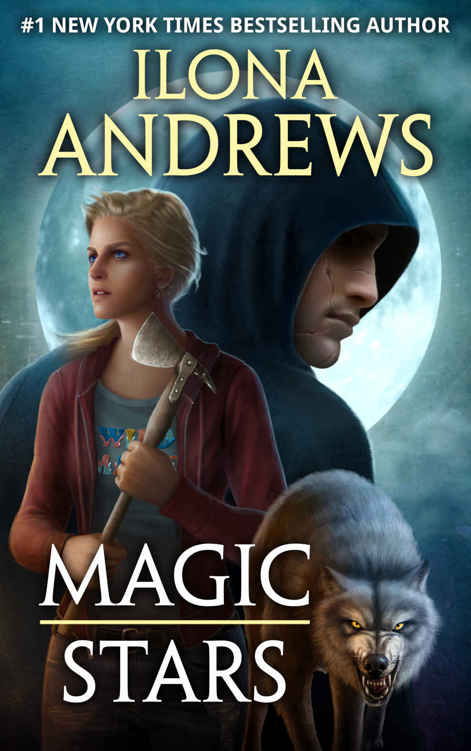 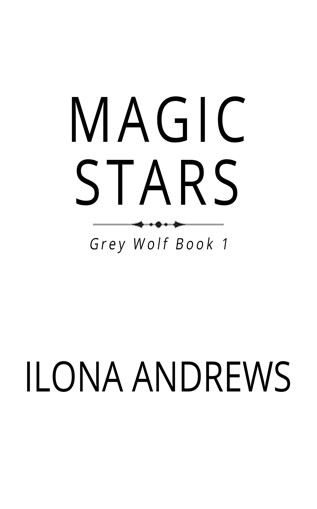 This ebook is licensed to you for your personal enjoyment only.

This ebook may not be sold, shared, or given away.

This is a work of fiction. Names, characters, places, and incidents are either products of the writer’s imagination or are used fictitiously and are not to be construed as real. Any resemblance to actual events, locales, organizations, or persons, living or dead, is entirely coincidental.

No part of this work may be used, reproduced, or transmitted in any form or by any means, electronic or mechanical, without prior permission in writing from the publisher, except in the case of brief quotations embodied in critical articles or reviews.

The bartender downstairs, a stocky woman with hard eyes and a harder jaw, hadn’t heard him. She just happened to look up as he made his way to the staircase leading to the back rooms. She reached for the shotgun she kept under the bar, then saw his face and changed her mind. The face used to be a problem, but he’d grown used to it. He knew his eyes assured people that the inside matched the outside, and so the bartender turned away and let him walk up the stairs. It was an old wooden staircase, probably pre-Shift, before the magic waves had battered the world and its technological marvels to dust. It must’ve creaked and sung under the weight of humans every day, but the worn steps kept their peace this time. He knew where to put his feet.

A short hallway stretched before him, two doors on the right, three doors on the left. Unlit. The owner was trying to save on electricity or the charged-air bill. The rooms were empty, all but one, the second on the left. He paused by the door and listened. On the other side of an inch-thick piece of wood people talked and moved. Five. All men, drinking and talking in low voices. The draft from under the door brought the odor of cheap beer to his nostrils mixed with the metallic stench of human blood. He’d followed this scent across half the city.

The shadows under the door indicated a single light source. The magic was down. The light leaking through the crack under the door was electric, buttery yellow, and judging by the hallway, the owner was too cheap to spring for anything but a single lightbulb. He reached into the pocket of his jeans with his left hand and pulled out a rock he’d picked up outside. This didn’t warrant the claws. He took a knife out of its sheath. It was a simple combat knife, fixed blade seven inches long, coated in black epoxy, so it didn’t catch the light.

The five men inside heard nothing, their voices still calm. Relaxed.

Derek thought back to the house from which he’d come, leaned back, and kicked the door. It splintered, bursting open under the impact of his superhuman strength, and he hurled the rock at the lonely light fixture above the table. Glass shattered, and the room plunged into darkness.

His instincts punched a cocktail of hormones into his bloodstream in an electric rush. Darkness blossomed, opening up like a flower, revealing five heartbeats wrapped in scent. His mind signaled “prey,” propelling him through the darkness toward the first warm body scrambling to pull a gun. Derek sliced across the man’s throat. The knife sank deep, too deep, severing bone. Overkill. He was a little too excited. He spun to the left, dodging a bullet before he saw the starburst of the muzzle flash across the room, grabbed the man in his way, and punched the knife into his chest. The heart ruptured. Derek jerked his knife out and spun away to crouch by the wall.

Shots popped, loud in the small room. They were firing blind, panicking.

A heartbeat straight across from him, the man spinning wildly, his gun spitting bullets.

He cleared the table between them in a single leap, the impact of his weight knocking the man off his feet. He landed on top of the gunman and severed the carotid and jugular with one fast, precise stroke. The fourth man spun and fired in the direction of the noise, but Derek was already moving, leaping forward in a crouch. He knocked the shooter’s arm aside, sank his knife into the man’s groin, twisted, and dragged it up. The man screamed and went down.

Two heartbeats gone, two rapidly fading, one fast and frantic. Someone in the room was still alive. His nostrils flared. The odor of blood swirled around him, intoxicating, demanding more. More blood; more murder; more living, kicking prey struggling in his fingers; more fresh meat he could bite and rip. He shut the bloodlust off, put the knife on the table, and paused to pinpoint the faint sound of a human being trying to breathe quietly through his mouth.
There.
He stalked across the room, avoiding puddles of blood cooling on the floor. The man lay flat, hugging the floor. Derek crouched in one fluid motion, locked his hand on the man’s throat, and dragged him up. The man gurgled, writhing in his hand, trying to claw with feeble nails at the arm that held him. One squeeze, one crunch of bones, and it would be over.

Derek dragged him to the back of the room and jerked the thick curtain open. Moonlight spilled onto his captive, enameling his tortured face with blue. White, short dark hair, at least thirty, old enough to know what he had done. A professional criminal.

Derek grabbed a chair with his other hand, set it against the window, and slammed the man into it. The thug sagged, desperately trying to suck some air into his lungs. His eyes widened, his pupils so large with fear, their blackness swallowed the irises, leaving only a narrow ring of blue.

“I know you,” the thug squeezed out, his voice hoarse. “You’re Derek Gaunt.”

Good. This would go faster. “Six hours ago, the five of you broke into the home of Randall and Melissa Ives.”

“They weren’t shapeshifters, I swear. I swear they weren’t.”

“You put two shots into Randall in the hallway and left him to bleed out. You killed Melissa in the kitchen, three shots, two to the head, one to the chest.”

“Then you went upstairs and shot ten-year-old Lucy Ives and her seven-year-old brother Michael. You annihilated the whole family. The question is why?”

“No, they were human beings. They were also smiths.” Derek reached over and took the knife from the table. “Melissa Ives made this knife.”

He thrust the knife into the man’s stomach and cut a long shallow line from one hip to the other. Blood gushed from the cut. The air smelled sour as the blade slashed the intestines. The man let out a ragged yowl of pain and choked on his own terror.

“They had a rock.” The man squeezed the words between sharp gasps. “Some kind of metal rock. Caleb wanted it.”

The man nodded, trembling. “Yes. Him.”

Caleb Adams had started out as a witch, but his coven had cast him out. He’d proclaimed himself a warlock, and now he ran a gang on the edge of the Warren. Bordered by South-View Cemetery and Lakewood Park, the Warren had begun as part of the urban renewal project, but magic had hit it hard. It was poor, treacherous, and vicious, a war zone where gangs battled with each other. Caleb Adams felt right at home. He was violent and power-hungry, and according to the latest street talk, he was defending his new turf against two other gangs and losing.

“Where is the rock now?”

Time for a more detailed conversation. He raised his knife.

“We couldn’t find it!” the man cried out. “I swear! We trashed the house looking for it. Rick and Colin shot the guy and his wife, and they both died before we could ask.”

“Why did you shoot the children?”

“That was Colin. He shot the woman and then ran straight upstairs. He just went nuts.”

He wished he knew which one was Colin. Sadly, he couldn’t kill him again.

“About the size of a big orange. Shiny metal rock. It glows if you take it outside in the moonlight.”

The man’s breathing slowed. The bleeding was taking its effect. “Three . . . ,” he whispered.

“Three pieces of a rock. Rick said the rock had broken . . . into three chunks. Rick said Caleb already had one and wanted all three. He sent . . . two crews out. I don’t know where the other crew went. I told you . . . everything. Don’t kill me.”

Derek’s lips stretched into a smile on their own, driven not by humor but by the instinctual need to bare his teeth as the wild inside glared through his eyes. “There is gunpowder stench on your hand and blood spatter on your shirt. It smells like Michael Ives.”

THE NIGHT WAS BLUE.

The deep sky breathed, as if alive, the small glowing dots of distant stars winking at him as he ran along the night streets. The moon had rolled out and soared, huge and round, spilling a cascade of liquid silver onto the half-ruined city. It called to him the way it called to all wolves. If he didn’t have a job to do, he would’ve run right out of Atlanta into the magic-fed forest beyond, abandoned his human skin for fur and four paws, and sang to it. His human vocal cords had sustained too much damage in the same fight that had altered his face, but his wolf voice was as good as always. He would soak in that silver glow until it shone from his eyes and sing a long song about hunting and running through the dark wood in the middle of the night. On nights like these he remembered that he was only twenty. But he had someplace to be.

Caleb’s five killers hadn’t gone too far from the house they destroyed, barely five miles, so he dropped into an easy run, a four-minute mile at best, and let the night air expand his lungs. The Casino flashed by, a white castle turned green by moonlight. He could just make out the gaunt, inhuman shapes of vampires crawling along its parapets, each undead telepathically driven by a human navigator. He made it a point to kill them when the opportunity presented itself. It didn’t come up too often—vampires belonged to the People, and the People and Kate had an uneasy truce. He didn’t agree with it, but it was necessary. Sometimes you had to put your personal feelings aside and do what was necessary.

A magic wave flooded the world, snuffing out the rare electric lights, and ignited the charged air within the twisted glass tubes of fey lanterns. The magic-fed light was blue and eerie. Power filled him. His muscles turned stronger; his heart pumped more blood with each beat; the scents and sounds sharpened. It was like walking through the world with a translucent plastic hood covering your head and having it suddenly ripped off. The air tasted fresh. Pure joy filled him, and for a brief moment he forgot the slaughtered family, grinned, and just ran.

The right street loomed too soon. He leapt, bounced off an oak to make a sharp turn, and dropped into the deep indigo shadows by a house. His ears caught noises of furniture being knocked around. Someone was rummaging through the Iveses’ home. The neighborhood was too nice for looters.