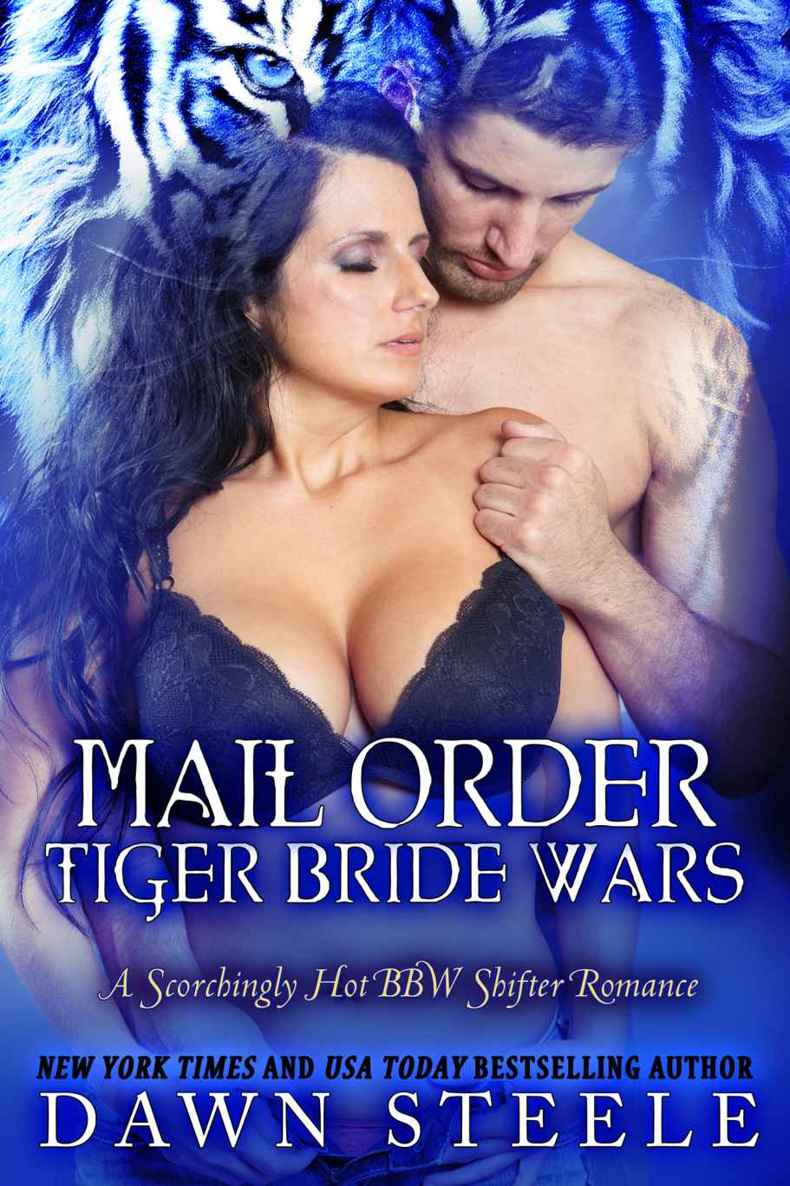 This book is a work of fiction. Names, characters, places and incidents are the product of the author’s imagination or are used fictitiously. Any resemblance to actual events, locales or persons, living or dead, is coincidental.

Dawn Steele/
Aphrodite Hunt is a New York Times and USA Today bestselling author. Her stories have been in the Top 5 of the Amazon overall bestselling charts, the 10 of the Barnes and Nobles overall charts and the No. 1 spot in Amazon's Movers and Shakers. She is a Top 50 Amazon Most Popular author.
She has had no less than 54 stories hit Amazon's Top 100 Erotica/New Adult/Paranormal Romance charts and two which have hit the Top 2. 18 of them have hit the Top 100 Barnes and Nobles bestseller charts.

This mailing list will be for all three pen names: Dawn Steele, Aphrodite Hunt and Artemis Hunt. I’ll only update you on a new romance (and all its subgenres) release, and not erotica for fear of offending some sensibilities. Erotica updates will be on Aphrodite Hunt’s blog only.

Will I ever get married?

Ellen Moss was drawing doodles around this scrawling of hers on her notepad.
Her doodles were circles . . . circles . . . wavy lines . . . more circles, spirals . . . and oh my God, was that an erect penis?

She was horrified.
When had her subconscious led her to draw erect penises? She NEVER did things like that. Ever! If Terry found out, she would never let Ellen hear the end of it.

Ellen could picture her younger
sister laughing hysterically:
Oh, Ellen . . . when was the last time you had sex? Your pussy must be totally sealed shut by now.

Ellen pictured her
genitals picking up a stone and rolling it across her cave mouth. It was an awful, awful image, one that she now couldn’t get out of her head. She blinked twice to erase the awful vision, but it still persisted – like an imprint on the retinas if you gaze too long at the sun.

She couldn’t even remember!

It must have been that awkward, fumbling night in Danny Tyson’s car. And it wasn’t exactly
college sex. It was premature ejaculation before he could even get his pecker halfway in. So she was still a virgin. Technically.

Ellen hastily tore off the p
iece of paper from her notepad and crumpled it. She stared at the crumpled ball, and then just as hastily smoothened it out and tore it to asymmetrical pieces. Just in case.

It was in the nick of time too, because her sister, the beauteous
Terry Moss, came into the room.

“What’re you doing?”
Terry flung her lithe body onto Ellen’s bed and picked up a magazine. “Ugh,
Shifter Tribune
. Don’t you read anything else?”

Ellen pushed her glasses up her nose. The metallic wire frame had a tendency to slip off the bridge of
her nose when it got too sweaty. She could spy herself and her sister in the mirror on the half-open door of her closet. What a contrast. One so slim and pretty, the other so . . .
not
.
Are you sure you’re even sisters?
was the comment they received from many a relative
.

The way she said ‘big sis’ was rather mocking, as if she didn’t really think Ellen behaved like a big sis.

“What’re you thinking about?” Terry made herself comfortable on her tummy and scissored her legs in the air. She was leafing through the magazine and probably hadn’t heard half the things Ellen said.

Ellen
envied people who could lie on their tummies. Her tummy was considerably more rotund. If she lay on it, it would compress her diaphragm and make her breathless. Or at worst, she might roll off her bed like a ball.

She said,
“Oh, you know . . . this and that. Stuff people think about all the time when they’re, like you know, thinking.”

Honestly, Ellen hadn’t been thinking about anything near that. Nowhere even close. Not even in the territory of Alaska to Hawaii close.

“Well, as one of my twelve bridesmaids,
” Terry declared, “you don’t get to choose. I’ll choose for all of you. Since I’m going to be in pristine white, I think you all will complement me in dark green. I need to stand out, of course, which I will . . . easily. Dark green, with puff sleeves. You shouldn’t have too low a neckline because I will be baring my tits. Nothing should detract from me on my special day. Or at any day.”

“Nothing will, Terry,” Ellen said.

“
Think you will ever get hitched?” Terry said slyly.

Here it comes
. The put down.

“Not like a horse,” Ellen said. “That would be painful, not to mention degrading.”

“It’s such a pity you’re so fat. Men don’t like fat girls, you know. If they wanted all that extra padding, they’d buy a straightjacket.”

Elle sighed.
It was true.

“You tried that diet I recommended you?” her sister said.

“You mean the one for the different blood types?” It was like eating for a vampire.

“No, the one
with grapefruit and avocado.”

Ellen had tried it, and succeeded in keeling over with hypoglycemia.
“Um, I did try it for a while.”

“With no results.
You know, that’s the trouble with you, Ellen. You have absolutely no willpower.”

I
don’t think anyone has willpower over hypoglycemia.

Ellen said,
“But I was shaking due to the lack of sugar. I thought there was an earthquake under me.”

“And you’d run away at the first sign of an earthquake?
You don’t lose weight by giving up at the slightest road block. Do you think Columbus gave up at the first sign of rain? Nope. He forged ahead and crossed the belly of the Atlantic Ocean to discover America, even when he got his hair wet. Speaking of bellies, I hear they’re giving discounts on tummy tucks at St. Belvedere’s. Maybe you should check them out.”

Yeah, I should totally check them out
, Ellen thought miserably.

“Oh wait!”
Terry exclaimed. “You should totally see this!”

“The classifieds section. ‘TIGER SHIFTER WIFE WANTED URGENTLY. MUST BE WILLING TO LIVE IN AFRICA,’” Terry read out loud.

She looked up. Her face was filled with glee.

“This is so cool. Everyone knows how rare we tiger shifters are. This guy must be really desperate. I mean . . . it was so great that I was matched to Billy, who is the only eligible tiger shifter male north of Kentucky. But this desperate guy who is probably old, ball-ess and ugly! This could be your solution, Ellen!”

There’s an ‘Old Maid’ card game? Fancy that. I didn’t
even know it existed.

“Listen to this.”
Terry sat up in bed excitedly. “There’s an email address here underneath the ad. No other details. You absolutely have to apply. This is exciting.”

“Give me that.” Ellen held out her hand.

Terry handed her the Shifter Tribune, back-folded to the offending page.

It was true. The ad did say ‘TIGER SHIFTER WIFE WANTED URGENTLY.
MUST BE WILLING TO LIVE IN AFRICA’.

Which part of Africa? The hot, steamy, humid Tarzan forest part or the sandy, desert camel-strewn, romantically Egyptian part? So many questions . . . and Ellen couldn’t believe she was really entertaining the idea.

She and Terry were all alone in the world since their half-tiger shifter parents died of cancer. It was one of those freaky, unfortunate events that only happened to other people, but never to yourselves. Their mother contracted colon cancer when Ellen was sixteen. After a protracted fight spanning three years, she died. And then their father contracted the very same cancer three months after.

“Your mother is calling me to the grave,” he used to morbidly joke.

But he succumbed as well, also three years later.

Now the sisters were all alone. The insurance money their parents left them helped pay for their college, along with the
trust funds their parents had wisely prepared for them. Once Terry was married, she would be moving upstate to Canada. Ellen would truly be all alone.

She stared at the ad.

When was the last time she did something totally crazy?

Elena sabe by Claudia Piñeiro
Offside by Juliana Stone
A Silent Fury by Lynette Eason
The Year of Our War by Steph Swainston
Letters from Yelena by Guy Mankowski
Heart's Reward by Donna Hill
Gifted by Peter David
Wherever I Wind Up by R. A. Dickey
The Last Chance Ranch by Wind, Ruth, Samuel, Barbara
Mommy Tracked by Whitney Gaskell