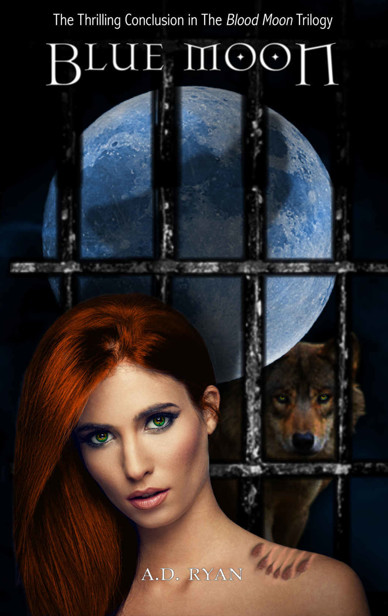 All rights reserved. No part of this book may be reproduced in any form or by any electronic or mechanical terms, including information storage and retrieval systems, without permission in writing from the author, except by a reviewer, who may quote brief passages in a review.

This book is a work of fiction. Names, characters, places, and incidents either are the product of the author’s imagination or are used fictitiously. Any resemblance to actual persons, living or dead, events or locales is entirely coincidental.

I’m not sure how so many authors can express their gratitude without being completely redundant, but they do.

As usual, there are so many important people who deserve a big round of hugs and kisses and thanks for making this novel possible.

My amazing street team, who’ve all been so kind as to share the love and spread the word on my novels. You guys are amazing, and I appreciate all that you do.

Lynda and Tiff, my two amazing editors who always go above and beyond the call of duty; this book would be full of strange comma placement and the occasional spelling error that my computer tried to blame me for if it weren’t for you and your ever-vigilant eye. You’ve been with me every step of the way, always ready to lend an ear when I have a strange thought or idea. Thank you for EVERYTHING.

For always teaching me to shoot for the stars to achieve my dreams and encouraging my love of reading and story-telling, my incredible parents deserve a special shout-out. They’ve inspired me in more ways than I can count.

To my girl, and the other half of “Marngela,” you’ve been so INCREDIBLY supportive of my journey into the publishing world, and I couldn’t be more grateful for all your input and advice. One day, we’re going to have to team up and  write all those stories we’ve been talking about for years…

And finally, to my husband and three remarkable children. Ryan, the patience and support you’ve all had while I chase this crazy dream has been just what I needed. I love that you always seem genuinely interested, asking questions or are willing to listen to me ramble on about my work. It’s helped pull me out of the occasional bout of writer’s block on more than one occasion.

Kids, while you’re still a little too young to read these stories, I absolutely LOVE that you ask for me to read them to you at bedtime. Know that this request isn’t going unheard, and I have a few very special ideas in mind for some stories we can enjoy as a family one day soon. You’ll just have to continue to be patient and understanding.

I love you all to the moon and back.

S
he slept for several days. The sedative in the tranquilizer dart she’d been shot with had been strong enough to take down an elephant, so it was no surprise, really. It wasn’t the most restful sleep; she tossed and turned, often crying out for someone to help her. In her unconscious state, she didn’t realize that her incoherent rambling was futile.

Several of the lower ranks had clothed her shivering body upon arrival. They left food in her cell, only having to remove it when she didn’t wake. There was a plan in place for her, and dying of starvation wasn’t part of it.

Within hours of her arrival, the scratches covering her body healed. The break in her leg took a bit longer once the bone was set. It was fascinating to watch, and only made her captor more anxious for the same ability. Perhaps then the burns he’d acquired in the fire would heal. The left side of his face, neck, and upper body had never quite been the same.

It had taken years, but Gianna had finally figured it out. She’d experimented for well over a century, but could never make it stick. So many of her recruits died as she tried to find the answers. Eventually, she got smart and started using
them
to test on. No one would miss the mutts, and she needed to keep her army strong after rebuilding, just in case the Pack located her compound.

Not that they would. They’d been successful in staying hidden for decades.

Turned out, the answer had been in front of her the whole time: blood. It made sense that the one thing that kept them alive was what could set them free. It was so mind-numbingly simple—something you’d see in movies and scream at the screen because it was so damn predictable—which was why it wasn’t even a possibility. Hidden in plain sight.

Slowly, her arm slid across the floor. She pressed her palms flat, and her limbs shook as she pushed herself up. Her red hair, greasy and dingy from days of not bathing, hung like a stringy curtain in front of her face as she lifted it.

Her breathing was uneven, and her heart rate increased as she realized where she was…or more accurately, where she
wasn’t.

She pressed her hand against her eye, likely fighting the building pressure from her increased pulse. He could hear it. The steady thrum of her blood pumping through her veins. If her blood didn’t taste so foul, he’d consider taking a taste. He was tempted, regardless, knowing what it could do for him. But he knew he had to wait until he was certain it wouldn’t kill him. One success didn’t mean they all would be.

Something surprised her suddenly, and her head snapped up, eyes darting around her prison. With each alarming discovery, she gasped and became more frantic. Taking a few deep breaths, she was able to calm herself. It became obvious she was seeking a familiar scent. She wouldn’t find one.

The salty scent of her tears mingled with the water that trickled down the stone walls. She made a move to stand, hissing in pain when she moved her left leg. Realization registered in her wet eyes, and she pulled her pant leg up to inspect the bloodstained bandages that concealed the healing scars around her lower leg.

She knew as well as anyone that she should have lost the leg when it got caught in that snare, and she sobbed.

The toes of her bare foot wiggled, causing her shoulders to relax with relief, but then another worry plagued her. It wasn’t obvious to someone on the outside, but her increasing anxiety filled the confines of the cave once more.

She twisted her neck to look around some more, but stopped, her hand coming up and touching the heavy iron collar that had been placed around her neck. When she touched the spikes the collar had been lined with, she sulked.

Slowly, she rose to her feet, favoring the left and keeping as much pressure off of it as possible as she hobbled around in circles until she spotted her cage doors. The bars sizzled, singeing her skin upon the brief contact she made with them.

Watching her yank her hands back and ball them into fists was enjoyable. The coven never would have thought to make the cage doors with silver-infused iron. Being captured all those years ago paid off in more ways than one.

Footsteps forced the observing party to stick to the shadows. He didn’t want his captive to be alerted to his presence as she was served her first meal.

She cringed as another vampire came into view, probably having smelled something more foul than her own odor. The lower level lackey stepped forward into her direct line of sight.

The two of them stared at each other for a moment, neither one making any other moves until she asked, “Who are you? Why am I here?”

Knowing better than to converse with their prisoner, he simply smirked and slid the two dishes through the hole in the bottom of her cage. It angered her when he turned to walk away without answering her.

“Hey! Don’t you walk away from me, you spineless piece of shit! Get back here!” She hit the bars over and over again, not seeming to care about the pain from the silver on her perfect golden skin.

The first crack of her bones alerted the observer to her change, and it caused him to panic, because it wasn’t part of the plan. He needed her to comply or all of this would have been for nothing.

The voice that echoed off the cavern walls was soft and airy, and one he’d heard almost every day for the better half of a decade.

When she was first taken, he never expected she’d last this long—no one had—but she’d actually proven quite useful in their quest.

Their friendly exchange wasn’t exactly scintillating, but it was amusing to watch the wheels in Brooke’s head turn as she came to the stark realization that she was speaking to someone whose disappearance had rocked the very Pack she’d allied herself with.

A smile came to the lurker’s face as he listened to their conversation. Little Cordelia had been alone for so long; perhaps with some company, Brooke would cooperate.

If not, at least they finally possessed some leverage to force it.