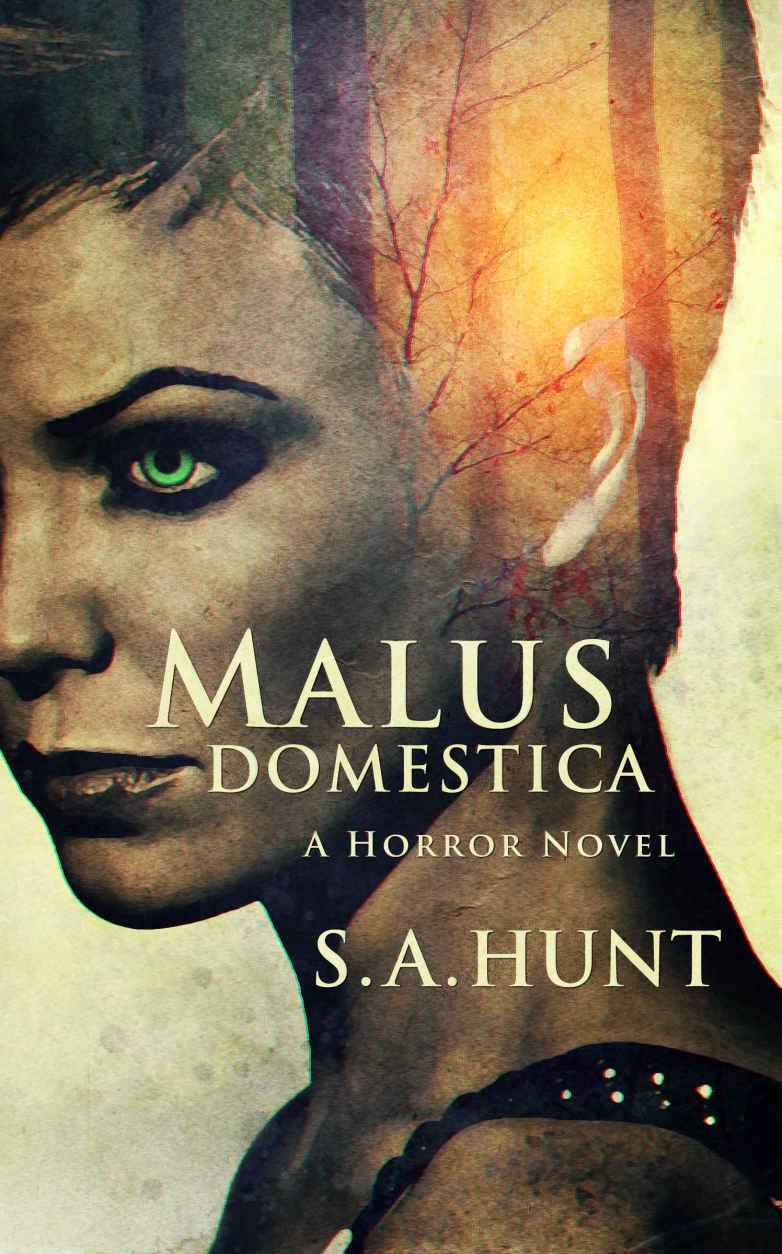 This book is dedicated to my mother Kathy, who fights harder than anybody in this story and who inspired the protagonist’s wise, feisty mother in
Ten Thousand Devils,
volume three of my Outlaw King series.

The character of Robin is named after the lady-sai Robin Furth.

We are well met along the Path, gunslinger.

T
WO
YOUNG
MEN
STOOD
on the shoulder of a sunny highway, bicycles between their knees.

Three or four hundred yards of gravel road led out to a Spanish mission house on top of a hill, baking in the sun. The front of the house was a tall pink facade with a run-for-the-border church bell hung in the peak. An adobe privacy wall obstructed their view of the front porch.

A single word was handpainted on a nearby mailbox, C
UTTY
, and the whole thing tilted slightly as if some drunk had walked up and jammed the pole into the dirt, there, job done.

“That might be the coolest place I’ve ever seen.” Sweat trickled down the small of David’s back, turning his white dress shirt a damp gray. His necktie danced in the wind. “Now I kinda feel like we were meant to come out here. Maybe this long-ass bike ride was worth it after all.”

Greg unbuckled his helmet and ran a hand through his sweaty hair.

“It looks like a church. Y’know, like one of those Catholic convents down south around the border.”

“It also looks like it could be where some notorious Mexican drug lord lives.”

“In Georgia?” David scoffed. “Not unless there’s such a thing as a meth lord. This ain’t Tijuana.”

“Ehh.” Greg checked his watch. “It’s about time for lunch. I guess we’ll head up there and give it a try, then head back to town.”

“You don’t want to hit all these houses on the way back down?” David asked, flourishing a hand at the trailer park in a magician’s reveal.

“I wouldn’t be—” He almost said
a good little Witness if
I didn’t,
and at the last second thought it was a little too self-deprecating. “—doing my duty if I didn’t.”

To their left, an expansive trailer park flanked the driveway. Greg chewed the corner of his mouth, staring at the mobile homes, and the car parts and toys strewn across their lawns. The trailer park exuded a feeling of quiet, lonely despair only rural poverty can adequately express.

“Everybody
is worthy in Jesus’s eyes,” said David.

Greg sighed and put his helmet back on, kicking off. “Race you to the top,” he called over his shoulder.

The drive dipped before it made a precipitous climb again, and the chalky gravel rattled David’s bones. He rose off the seat and stood on his pedals, driving them deep, cleaving the wind with his face. Fire coiled in his thighs and he downshifted to first gear.

By the time they reached the plateau approaching the house, they were both walking alongside the bikes, panting, sheets of sweat pouring down their backs.

He winced as the burn drained from his legs. “I’m thinking of buying one of those Camelbak things. Y’know, the rubber water bladder things you wear on your back. With the drinking tube.” The damp breeze did little to leech the heat, but it was just enough. Several days in July, David had sweated so hard it actually soaked through his bookbag and ruined a sheaf of tracts. Few people are amenable to receiving Jesus into their heart, but when Jesus is suspiciously damp even the country folk won’t talk to you.

“That’s a good idea,” said Greg, laying his bike down and taking off his bookbag. “Glad I thought of it.”

Inside their bags were rubberbanded sheafs of
The Watchtower.
Greg took one out and left the bag with his bicycle. David did as well and lingered for a moment, savoring the chill of his shirt drying in the sun.

As they always did, they shook fists at each other.

David took the
Watchtower
out of his hand and approached the house. The privacy wall completely enclosed the front porch, so there was no access to the front door except through a wrought iron gate secured with a padlocked chain. On the other side of the gate, he could see a quaint garden and a little pond.

“Is that a real hitching post?” asked Greg, pointing at a long wooden trunk on two stumpy legs.

A canvas awning jutted from the side of the house, shading a white screen door. The inner door was open, and a sweet, bready aroma wafted through the screen. David knocked on the aluminum frame.

After an interminable silence, someone stepped close to the heavy antique screen. Their face was only a pale smear in the shadows, and they carried some large white object.

He couldn’t see the person’s eyes, but he could
feel
them.

Greg gave him an anxious glance.

An elderly woman opened the door, wiping her hands on a dishtowel. She was tall, taller than beanpole David even, and lean, broad-shouldered, with feathered gray hair. That and her hawkish nose made her resemble some sort of dour gray Big Bird.

“Good morning,” said David, even though it was after twelve. “We’d like to talk to you about Jesus.”

The woman regarded them with a slow smile.

“I just finished baking a pan of brownies. You boys look like you could use a pick-me-up. Why don’t you come in and have a snack, and we’ll talk. I made a pitcher of tea, too.”

Warmth welled from the travertine floor and flooded the air as they stepped inside. David scanned the black marble countertops and stainless steel appliances, appreciating the tasteful decor and the leaded glass billiard table lamp hanging from the ceiling. “What a gorgeous house you have here, ma’am.”

“Thank you,” said the woman. She shook their hands. “I’m Marilyn, Marilyn Cutty.”

“Very nice to meet you.” She directed them to the island in the center of the room, donning a quilted mitt.

One brick wall was dominated by two ovens. Marilyn opened one, sliding out two dark pans and depositing them on the counter. Swirled with blonde ribbons, the brownies smelled amazing.

They took a seat at the island and David rolled
The Watchtower
in one hand like a diploma. The ministry could wait. It had been a long trek out here and Jehovah was everlasting; a few more minutes wouldn’t hurt. “Me and my friend here were talking about your house…it sort of reminds me of, like, the Alamo, y’know, and those Catholic missions you see out west.”

Marilyn sat opposite them and poured two glasses of tea, sliding them across. “Would you be surprised to know that it used to be a whorehouse?”

“Well, I suppose the more tactful parlance might be
brothel.
It’s called the Lazenbury House, after its original builder and owner, William Lazenbury. He was a nineteenth-century coal baron from Virginia.”

As they waited for the brownies to cool, Marilyn told them about her house.

Established in the lawless days of Wyatt Earp and Jesse James and Doc Holliday, the Lazenbury House was a popular 19
th
century brothel and saloon, drawing customers from miles around. In its hey-day, the house had seen its fair share of murders—gunfighters having a row over a card game, drunken brawling, jealous lovers a little too attached to the working girls.

“The murders, of course, had everyone convinced that the house was haunted,” said Marilyn, sipping her tea. “But then you get that with any old house with historical value like mine.”

“Interesting.” Marilyn opened a drawer on her side of the island and rummaged around in it. “What happens when you die, then?” she asked, sliding a butcher knife from it.

The blade scraped on the way out with an eerie
sssssshink!

Daylight glossed over the sharp steel edge. She laid it on the counter and removed a smaller knife, a plastic thing that looked like a spatula. Cutting into the brownies, Marilyn peeled a generous helping from one of the pans and served it to them on little china plates.

David stared at the butcher knife. He couldn’t help it. He tried to peel his eyes away, but the next thing he noticed was the bamboo cutting board set into the end of the island surface.

Deep grooves made a hashmark across the wooden board. They were stained with old blood.

“Nothing. There
is
no immortal soul,” said Greg. “Nobody goes to Heaven or Hell when they die—those are all more or less different words for what we call ‘the common grave’. Death is just a state of non-existence.” He chewed a bite of brownie. “I like to think of it as going back to the same non-existence you were in before you were born.”

“Wouldn’t that be awfully close to the concept of reincarnation?” asked Marilyn. “Or do we only get one trip to the physical plane?”

David started to speak, sought a quick inspiration in Greg’s face, found none. “We definitely don’t do reincarnation. That’s all up to the Hindus and Buddhists and whatnot.”

A white-patched tabby cat padded into the room and leapt up onto the kitchen island.

Marilyn kissed the cat on the forehead and stroked its back, moving the butcher knife out of the way. The blade reflected an arc of sunlight across the ceiling. “I don’t believe in reincarnation myself, but if it were true, I’ve always wanted to come back as a bird. Preferably a hawk, maybe, or an owl. Such majestic creatures. Wouldn’t it be nice to be able to fly?”

David glanced at the blood-stained cutting board.

“It’d certainly take a lot of the challenge out of going around talking to people,” grinned Greg. “I bet people would be a little more ready to believe if the word of Jehovah came from a talking bird.”

“Hi, kitty-kitty,” David said anxiously, polishing off the rest of the brownie. He was almost stunned with relief to see the cat here, such a normal thing, and he realized that he was nervous, and had been increasingly so since he’d walked into the kitchen.

The cat sat on its haunches, staring at them with brilliant green eyes as if it were about to address them.

Why was he nervous? There was nothing to be afraid of.

“Ma’am,” he said, rambling to make himself feel better, “these have got to be the best brownies I have ever had in my life, hands down. Were you a bakery chef in a past life?”

“Oh, I thought you didn’t believe in reincarnation?”

“Ma’am, if you told me the Keebler elves made these brownies, I might have to start believing in elves.”

Marilyn gave him a coy smirk.