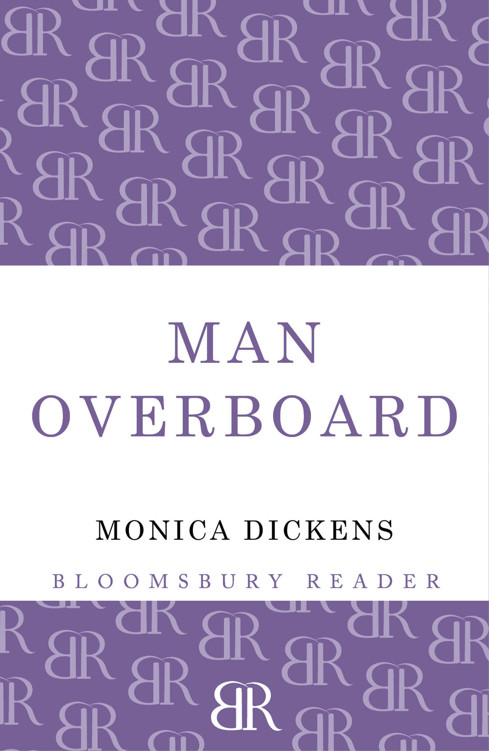 “I Am like Mark Twain,” Ben said. “I give up smoking every morning.” He took a cigarette from the case she held out to him.

Rose smiled in a photographic way, because a man at the other end of the bar was looking at her. “It seems so silly to make good resolutions you don’t mean to keep,” she said, in a voice that did not match the smile.

“Oh, I don’t know.” Ben gave her back his own smile, which Rose had once told him was ingenuous, but which now, glimpsed in the mirror behind the bottles at the back of the bar, looked merely fatuous. “It’s good practice for next month when I won’t be able to get cigarettes duty free any more. You know what I’m going to do when I get out of the Navy? I’m not going to buy a packet of cigarettes until I get a job.”

“That won’t stop you smoking mine, though.” Rose turned on him with a sort of unwilling fondness the eyes which a waspish critic had described as painted ping-pong balls. “I’ll keep you in cigarettes if I must, Ben—but not in anything else.”

“You’ve already told me that.” He slid down from the bar stool. “Twice. Come on, let’s get out of here. There’s an imbecile girl in the corner trying to work up enough nerve to come and ask for your autograph.”

Rose stepped gracefully from her stool and spent enough time smoothing her dress and collecting her bag and gloves for the girl to muster a last minute spurt of courage which brought her trembling to Rose’s side holding out a card which said: “8.30 to 10.30 in the Golden Bar. Peter ‘Fingers’ Yarrow at the piano with favourites Old and New.”

Close to, the girl did not look so foolish. It was only an adoring humility that had slackened her jaw and glassed over her eyes. “Miss Kelly—would you mind?”

Rose turned over the card and signed her name with the flourishes she had acquired since people started wanting her to write it for them on programmes and menus and scraps of paper torn from the cash account pages at the back of their engagement
books, smiled at the humble girl without seeing her, and walked out of the bar without looking to see if Ben was following her.

He followed her, keeping far enough behind so that people should not see that he was shorter than Rose when she had heels on. He need not have troubled. No one was looking at him. They were looking at Rose and telling each other: “Isn’t that Rose What’s-her-name? You know, that girl we’re always seeing on television?”

When Ben first saw Rose Kelly, he did not immediately realize why she looked familiar. He had only seen her once, on his mother-in-law’s television set, when Rose had been sweeping emotionally from side to side of the screen in a draining little drama about the wife of a pilot who couldn’t get his wheels down.

Some time later, when he had another week-end leave in London, he saw Rose come into a restaurant. She made a good entrance, pausing for a second at the door with an air of standing on tiptoe and holding her breath at the joyous wonder of life. Then she moved into the room with just a tiny inclination of her clean and graceful neck in acknowledgment of the gauntlet of glances through which she passed between the tables. Two men came in behind her. There was usually a man or two tagging along behind Rose, even at purely feminine functions like fashion shows. If you saw a man with his bowler hat held on his knees like an offering, self-consciously crossing and recrossing his legs by the reception desk of a Dover Street coiffeur, you might guess that Rose was upstairs having the camera-catching golden streaks put into the front of her billowing brown hair.

Ben kept glancing at the corner table, where Rose sat vivid and alive, with a huge white collar accentuating the bright apricot glow of her skin, which was at the same time artificial and convincing, like a rose in a nurseryman’s catalogue. His daughter Amy, better informed than her father about many things that went on outside the Navy, told him who Rose was.

“You saw her in that play last time you were at Grandma’s,” she said. “A knock-out, you said. What a knock-out.”

“Only sometimes.” Amy was charitable. “Don’t stare at her so, Father. It’s a bit rude, in a restaurant.”

Amy, who was never the same child for more than a few
weeks at a time, was having one of her old-fashioned periods, when she called Ben Father, and was rather stiff and formal with him. Since it made her more docile too, in a beaten down Victorian sort of way, it was one of her easiest disguises to cope with; but it made her rather dull, and the lunch, which was a celebration of her tenth birthday, was not being very gay.

The corner table, where Rose sat with a slight, pale man in a bow-tie and an older man in an unsuitable country jacket, looked much livelier. In restaurants, other people’s tables always looked more interesting to Ben than his own. And yet if he were to join another table, the charm would disappear, like the illusory sheet of water which shimmers on a dip in the road on a hot day and dries up as your car approaches it.

Ben was thirty-five, and he had found out long ago that the fascination of a group of strangers fades as soon as you become part of the group. The discovery, however, did not impair his enjoyment of other people’s lives at a distance. Without envy or discontent, he was an appreciative Peeping Tom, yearning after houses glimpsed from a train, basement kitchens, shadows moving behind a blind, lighted front rooms seen from a street at dusk before a silhouetted figure drew the curtains on the intriguing interior.

Misery might be in that house beside the railway, and shabby poverty in the kitchen. The shadows behind the bedroom blind might be having an ugly married quarrel, snapping at each other in grubby underwear. The people in that softly lit front room might be so bored with each other that they longed to get out. As long as you kept your distance, however, the illusion held.

Ben knew that after two cocktails and a bottle and a half of burgundy, Rose and the two men would feel as if the world were running down by the middle of the afternoon, and be unable to work, and regret the lunch; but that was not part of the picture which enchanted him now. His own lunch with Amy was dull, and their afternoon at the Victoria and Albert Museum, which was Amy’s current fad, would be even duller; but he wondered if Rose, looking across the restaurant, was thinking what a charming picture they made, the broad-shouldered man with the square, sailor’s hands, and the long-haired child with the pointed chin, and wishing she were at that domestic table instead of the sophisticated one in the corner.

By the end of lunch, Ben was ready to risk breaking the spell of distance and find some excuse to speak to Rose. She was the most beautiful woman he had ever seen, much more beautiful than Marion had ever been, even before her indulgences began to spoil her looks. He might never see Rose again, except on a television screen, and anyone could do that.

“How’s your autograph collection coming along?” he asked Amy.

“I gave it up long ago. You know that. Father. I simply didn’t have the time.” Amy folded her napkin precisely and arranged her spoon and fork in the dead centre of her empty plate.

“Pity. We could have got Rose Kelly’s today. She looks approachable.”

Amy sat with her thin, freckled hands on the table, ready to get up when he did.

“I tell you what,” Ben pursued, “why don’t you get her autograph anyway? You could sell it at school, if she’s as famous as you say she is.”

Ben pocketed some of his change, folded the bill over the rest, in case the tip was too much or too little, and they stood up.

“Too shy to go and speak to her?” he asked unnecessarily, for he knew that Amy was not. Pushing the child in front of him, since he was more shy than she, he approached the corner table, trying, for the benefit of the other people in the restaurant, to look as if they were going to greet an old friend. Rose looked up and smiled. Her teeth were as white as the astonishingly clear whites of her huge eyes.

“Forgive us for butting in,” Ben said, “but my daughter refuses to leave the restaurant without your autograph.”

Amy did not let him down. She dutifully handed over a piece of paper and the stub of pencil she had found among the geological collection in her coat pocket.

Rose looked at Ben, and he was suddenly acutely conscious of his blue suit. He remembered the fitter at Simpson’s remarking casually through a mouthful of pins that no one was wearing blue any more, and he remembered hearing somebody say that a naval officer out of uniform always looked slightly wrong.

Rose wrote her name on the paper and gave it with her devastating smile to Amy. “What’s your name, dear?” she asked.
Rose had no use for children, as her nephews and nieces could tell you, but no one outside her family knew that.

Rose’s globular eyes turned to Ben with increased interest. She had not had a naval officer yet. “Sit down and have some coffee with us,” she said impulsively. The two men with her exchanged a glance, and the younger one signalled to a waiter to bring up chairs. Disliking him not only for his narrow pink bow-tie and his babyish mouth, but because he was having lunch with Rose, Ben had to give him credit for the fact that the waiter intercepted his signal at once, even though his back was half turned.

Lukewarm coffee was brought and Amy accepted a Coca-Cola, which she began to drink at once, with her eyes modestly cast down over the straw. It was clear that she was not going to help Ben out with the conversation. He had got her into this, and she saw no reason to abandon her suppressed Victorian child act.

Rose introduced the two men. The younger one, whose youth was slipping rapidly away with his hair, was Bob Whiting, “who produces most of my shows.” The older one, who had a rustic face and tangled grey eyebrows, was Arnold Petter. “He’s going to write a new series of plays for me. I have my own show every week, you know.”

“I’m sure of that,” said Ben, who had never given the matter a thought.