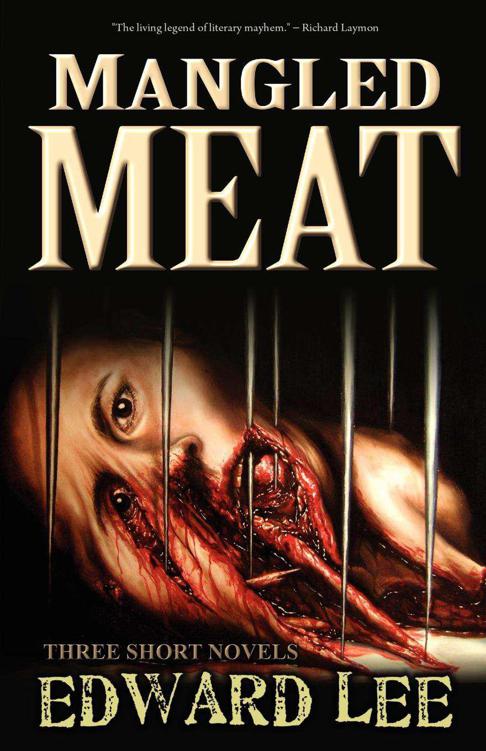 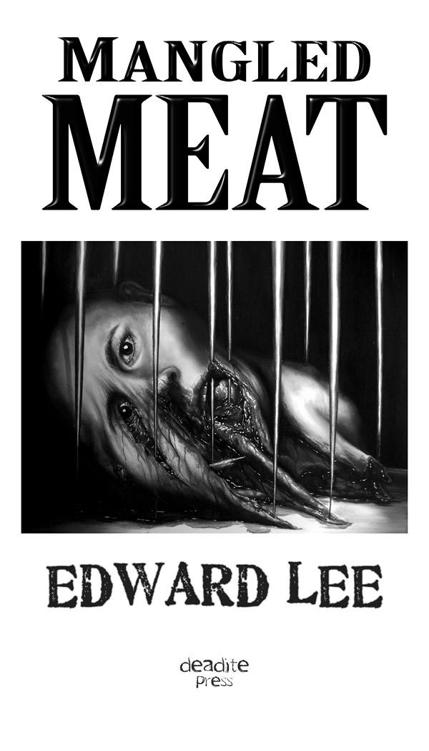 You ever shit your pants? I did a couple of days ago, first time in my life, but, see, at the time I wasn’t wearing just pants, I was wearing a pair of sealed Class III EUDs. That’s plat-talk for environmental utility dress—a spacesuit, to creamcake earth-loving non-hackers like you.

The recovery platoon brought it in at about 0300 zulu,
it
clearly being a hyper-velotic vehicle of extraterrestrial origin. Heel-shaped, twenty meters long, thirty wide. A dull-gray finish just like the old “UFO” fables from a quarter of a millennium ago. No viewports, no passive vid-lenses—no windows of any kind.

Obviously this space-canoe came from a technology far superior to the Federated World’s. Since I was the plat’s decort tech, the OAC ordered me to assist in the r-dock, and, no, that’s not when I shit my pants. I was jazzed just like the rest of the crew. This was the find of all of human history, and we were part of it. We’d all be famous. Our names would be in the history chips for as long as humankind endured, and with successful colonies on fifty-seven planets now, it’s a good bet that humankind will endure for quite a while.

I open things, that’s my job. I open things very carefully. That’s why the OAC ordered me to the dock and no one else. Lotta sour grapes there, I can tell you, but to hell with ‘em. When the OAC talks, you jump. Once the grunts brought this thing into the retrieval dock, we scanned it every which way but couldn’t find any seams, no sign of any kind of entrance. We could only presume it was pressurized but God knew with what, so that ruled out a hot cut. And another thing: when we p/a/a’d the hull, it told us it was made of a non-metallic element as yet undiscovered.

“Yeah, yeah!” the rest of his bohunkers shouted.

Just like ground-pounders,
I thought. “Have you boys been drinking the cooling-tube effluvium again? Any gas inside the craft could be flammable. We could blow up the whole plat, you mallet-heads.”

“Well then how are we gonna open it?” Yung grumbled. “We
gotta
open it!”

“Yeah, yeah!” the rest of his platoon shouted.

“We don’t
gotta
do anything of the sort,” I told the idiots. “We don’t know anything about it. We start fucking around with it, we could destroy it—and ourselves. Smartest thing to do is secure it in one of the hold-warrens. Take it back to earth when the mission’s done.”

“That’s three years!” Yung bellowed. “We got a fuckin’
alien
spaceship
here, and there might be a fuckin’
alien
inside. We’re supposed to wait three fuckin’ years before we find out what’s fuckin’ inside the motherfucker?”

“You speak with the eloquence of kings,” I remarked, but then, just as I’d voiced my objection, the OAC appeared on my head’s-up-display.

Orders were orders, so that was it. “You guys got what you wanted. Evacuate the r-dock.”

“No way,” Yung took some exception. “We busted our balls hauling this tin can aboard. We’re damn sure gonna be here when you open it.”

I shook my head. “It’s for your own safety. You guys gotta leave.”

“Suit yourself,” I said, getting the point. “Prep me. I want this victor covered with lexlar blast blankets. Keep the dock de-preshed. And charge me up a nute-drill and a quarter-inch blackie-pete bit...”

I guess I should back up a little, huh? Set things off right? I mean, I got no idea when this log-chip might be found, and I guess it’s highly probably whoever finds it won’t know what the hell this is all about.

My name’s Dug Jonsin, twenty-nine earth years old. Mission ID: DT1163. It’s Tuesday, 25 May 2202. I’m a civilian astro-entomologist attached to the Federated World’s Academy of Galactic Studies. I examine and catalogue insects by academic design, but what I really do is cut them open. Officially, I’m a FOS 95C20 Decortication Technician.

Sounds fancy but...I’m a light-weight by earth standards. My college GPA was only 3.89. Couldn’t get a good job with the Academy earthbound, so here I am on this tub which they call a Deep Space Analytic and Collection Platform, vessel tag CW-DSP-141. Fourteen-man crew: six Army grunts for the retrieval platoon, one Jarine security ape who doubles as a corpsman, two more civvies like me on the Technistics Unit, and five Naval Space Corp dupes who run the plat.

The job’s a cake walk, really. We hit different star clusters, ID planets, planetoids, moons, and asters with nitrogen-oxygen atmospheres, and then we check them out. Fauna and flora, for the Academy’s zoological indexes. The FW’s been running survey missions like this for over a hundred years, since the invention of I-grav drives. That’s inverted-gravity propulsion. A simple cadmium laser electrically charges a Palladium/Peridotite ceramic plate and harnesses one-half of available interspacial gravity as a force of propulsion. The lasers provide specific photon wavelengths to pass or dissipate the electrical charge through a gallium isolator. Cadmium for ON, Helium for OFF. Simple. It proved that the Twentieth Century eggheads were right. You can’t beat the speed of light, but you can sure as shit bend it. That’s how we can move our platforms far out of the Milky Way. So much for universal invariants.

Oh, and the OAC? That stands for Operational Analysis Computer. There’s no captain on this rowboat, just the OAC. When it gives you an order, you do it. If you don’t, you get cryo’d, and when you get back to the World, you get no compensation, no retirement, no nothing. Just ten years of your life down the drain and sometimes a full nickel stint on the Lunar Detention Facility.

So if this crap-pot full of microchips tells me to stand on my head and cluck like a chicken, I don’t ask why, I just do it.

But back to my FOS—that’s Federal Occupational specialty. Astro-entomolgy is the fancy way of putting it, bug-cracking is the more realistic way. I’m a decorticator. One thing we found out fast after we started searching other solar systems for signs of life is that there were
all kinds
of life on a lot of these rocks.

Nothing mammalian. Usually just microscopic stuff like entozoas, chlorophiles, trimeciums—space germs—and we’d cryo the samples and that was it. Same thing with vegetation, thallophytes, and fungus. Tag it and freeze it.

But another thing we found a lot of were what could be categorized in earth terms as
insectas
: hexapods, anthropods—aquatic and terrestrial—anything with an exoskeleton. And a lot of them were pretty big.

Ever seen a cockroach the size of a 55-gallon drum? Ever seen a moth the size of a bald eagle? We’d get so much stuff like that—alien insecta phylas—that you wouldn’t believe it. For an entomologist, it was exciting as hell.

For about a month.

Then it all got to be the same. When the exploratory surveys started, there was this idealistic hope that someday one of the missions would find mammalian life, would even find something akin to the human species. But that never happened.

All we found were bugs.

Big
bugs. Insects that had evolved for millions or even billions of years and had genetically adapted a physical size that could accommodate longevity. Heavily shelled creatures that could withstand hostile environments, drastic fluctuations in atmospheric pressure and content, neutrino and meteoric showers and volcanic debris.

Big bugs. Big bugs with hard shells. That’s pretty much what the rest of the galaxy had waiting for mankind to discover.

So that was my job.

As the mission’s decortication tech, I had to take two samples of each sex of any insecta we discovered. One sample I’d cryo immediately. The other sample I’d autopsy if the creature’s size was deemed by the OAC as practical. Some of these things had three of four sexes. And a lot of them were huge.

I had to establish the most effective way to decorticate the insect while still alive. In other words, I had to cut off its hull, shell, carapace, exoskeleton, or whatever, and autopsy the bug while digigraphing the entire procedure for the Academy’s archives.

Yeah, yeah, I know what you’re thinking. How hard can it be to cut the shell off a bug?

Space bugs? It’s a bitch. See, I gotta do it without destroying the bug. You don’t use scissors. You don’t use a knife—not for this job. You don’t pin the goddamn thing to a board. Some of these things are as big a man, bigger. If you try to open ‘em with an ectine torch, all you’ll do it fry the damn thing. And if you fry it, the OAC logs that into your service file as a demerit.

You should see some of the shit that these bugs got inside of them. Black slop, brown slop, green slop. Slimy organs whose purpose you couldn’t even guess at. Hell, one time I decorticated an octopod from P31 on the Ryan Cluster—I cut the sheath off the groinal trap and this thing had something that looked just like a human cock! No lie! This thing didn’t have an ovidpositur—it had a dick!

I never would’ve imagined that, one day, I’d be ordered to decorticate something else.

It was the MADAM that picked it up first—that’s Mass-Activated-Detection-Alarm-Mechanism. It’s a souped-up spheric-pulse radar, picks up anything in the scan field that the OAC calculates can’t be organically or naturally formed.

Independence Day by Richard Ford
Not Enough: Is love ever enough? (The Enough Series Book 1) by Bloom, Nikole
Ruined #5 (The MC Motorcycle Club Romance Series - Book #5) by Taylor, Alycia
As White as Snow by Salla Simukka
DangerbyDalliance by Tina Christopher
All The King's Horses: A Tale Of Eternal Love by Downs, Alethea
Wrapped Up in a Beau by Angelita Gill
Things Half in Shadow by Alan Finn
Blackman's Coffin by Mark de Castrique
La forma del agua by Andrea Camilleri