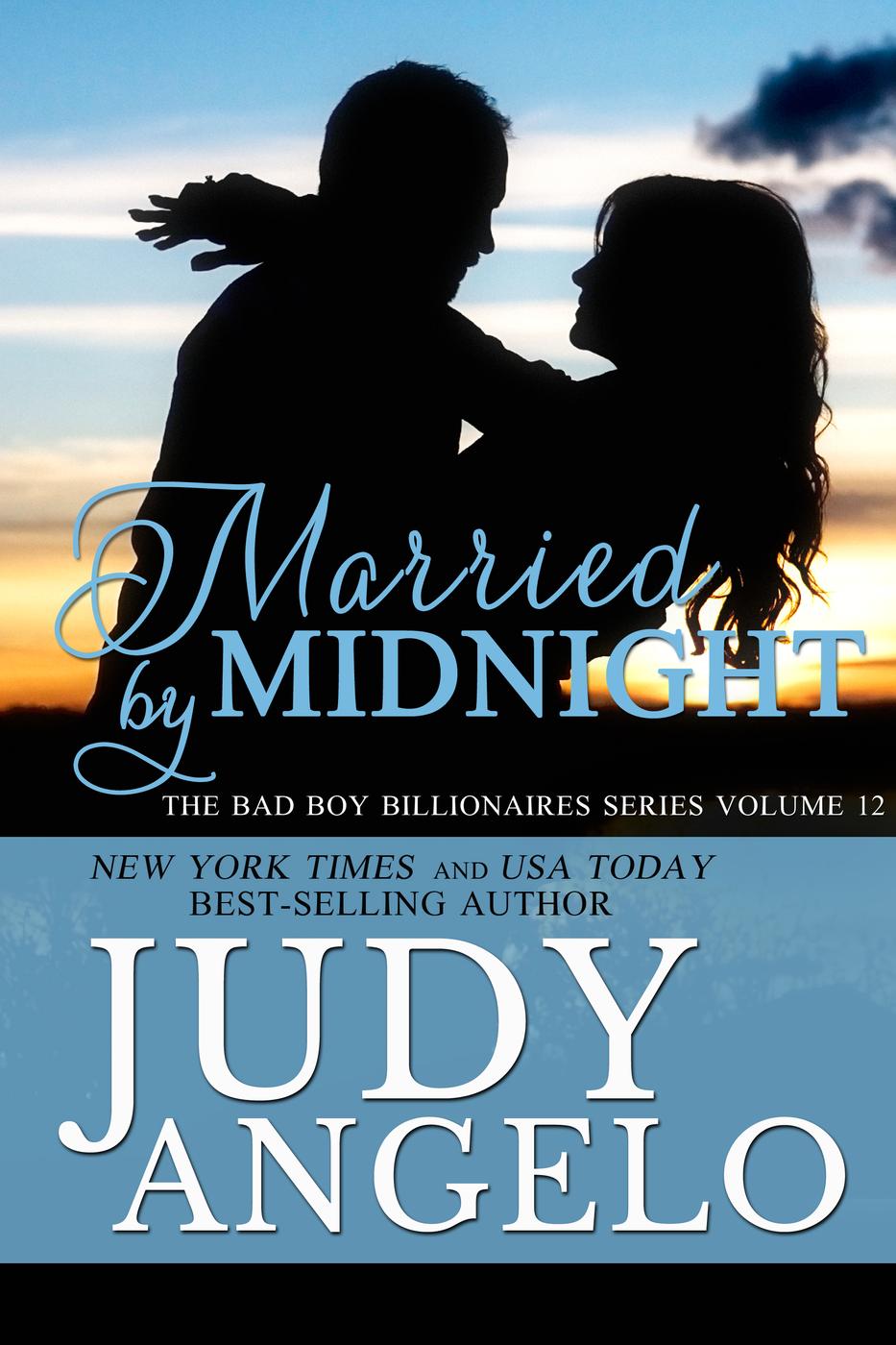 All rights reserved.  No part of this book may be reproduced or transmitted in any form, electronic or otherwise (mechanical, photocopying, recording or stored in a retrieval system) without the prior written consent of the Publisher.  Such action is an infringement of the copyright law.

This book is a work of fiction.  The names, characters, places, and incidents are products of the writer’s imagination or have been used fictitiously.  Any resemblance to persons, living or dead, is entirely coincidental.

For updates on new books visit:

Get the Bad Boy Billionaires Mega-Collection

(Over 1,500 pages of sweet and sizzling romance)

Volume 1 - Tamed by the Billionaire

Volume 5 - To Tame a Tycoon

Volume 11 - So Much Trouble When She Walked In

(NB: Not included in the Double Collection)

The NAUGHTY AND NICE Series

Volume 13 – The Billionaire Next Door

A
PRINCE TO THE RESCUE?

Golden Browne
is the victim of a fate that, while not worse than death, is almost more than a girl can bear.  Having no way out, she resigns herself to her sad fate.  And then she meets a man who is like a prince from a fairy tale, her knight in shining armor who will rescue her from the wicked wizard, A.K.A. Dunstan Manchester, the stepfather she just can’t stand.  But just when Golden thinks her story will have a happy ending, fate takes a nasty turn and she finds out that the man she’d hoped would be her savior is not the man she thought he was.

Reed Davidoff
is entranced when a girl with hair like sunset runs out of his fashion show leaving behind a golden slipper, his only clue to who she is.  He is determined to find this enchanting creature but when he does he realizes he has bitten off more than he can chew.  Because, after all, how can he give Golden what she wants when he’s in a prison of his own?

Will this fairy tale have a happy ending?

“I
t’s raining so hard.  Can you see?”  The girl’s frightened voice echoed inside the car which was shut tight to shield them from the driving torrent.  She shivered.  “And it’s so dark.”

“It’s all right, honey.  Just stay calm.  We’ll be there soon.  I promise.”  The man’s voice was steady, a whole lot calmer than hers, but there was a tension in it that said he was far from relaxed.  The tight set of his jaw and his deep intake of breath made it clear that he, too, was on edge.

But he was trying to hide it from the girl, doing his best to reassure her, and when she let out her breath on a sigh and sank back into her seat he knew he’d succeeded.  Thank God for that.  Now he could focus on what needed to be done.

He tightened his lips and narrowed his eyes, peering through the sheets of rain ripping through the English countryside.  It didn’t help that the night was pitch-black, a solid wall of darkness lightened only by intermittent flashes of lightning.  Of all the nights for a thunderstorm to hit, it had to be this one.

He glanced in the rearview mirror.  No lights, no signs of life, which meant no-one was following them.  Not yet, anyway.  He was tempted to breathe a little easier but he couldn’t, not until he’d deposited his precious cargo safely to her destination.  And they had not a moment to lose.

He glanced at the clock on the dashboard.  Jeez.  Eighteen minutes gone already and it felt like they’d just left the house.  Almost twenty more miles to go in this hellish downpour.  But rainstorm or not, they had to speed up.  He pressed down on the gas pedal, sending the Aston Martin shooting through the blinding sheet of precipitation.

The car shot around the bend and that was when he saw it.  A mass of white speckles in the middle of the road.

He slammed on the brake, tires screaming, but the water flowing on the paved surface made the car plane and slide straight toward the massive black and white cow.  He swung it around, narrowly missing the animal which hadn’t even had time to react.

And then the car went sailing, flying off the road, and then it was sliding down the grassy bank, picking up speed as it slid toward the woods, heading straight for a massive tree.

The car slammed into the trunk.  The girl screamed.

Then everything went black.

“M
ove it along, move it!”  The show director’s voice rose with every word and the muscles in his neck began to bulge.

Golden’s eyes widened.  If the man didn’t calm down he was going to burst a blood vessel right there backstage.  She was sure of it.

“I said, move!”  The man stepped closer, shouting right in her face, making her jump back in fright.  He reached out and grasped her upper arm.  “Get out of these clothes, girl.  Evening wear’s up next.  Move it!”  The last two words weren’t shouted.  They were screamed at the shocked girl.

That was as far as she got.  The man, big and muscled and strong, shoved her into an area sectioned off with heavy purple drapes and as soon as she stumbled in she was grabbed by two women who began to unzip her skirt and unbutton her blouse, moving swiftly and mechanically like two robots whose sole function was to strip her bare.

“Step out of those shoes, luv.”  The dark-haired woman kneeling before her seemed not to have heard her.  She was pulling the shoes off Golden’s feet and pulling her skirt down her legs, both at the same time.

“Wait.”  Golden tried to grab at her disappearing skirt but too late.  Within a fraction of a second it was bundled around her ankles and the woman was lifting her left foot to drag it away.  By the time she recovered from that shock enough to pay attention to the other woman her blouse was gone and so was her bra.  The woman had already dropped a shimmering gold sheath over her head and was busy pulling it down Golden’s body.

“What’s going on back there?”  It was the show director again and this time his shouts had graduated to a certified bellow.

“She won’t go on,” robot number one yelled from where she was kneeling on the floor, holding a pair of gold slippers.  “Says she’s not a model.”

“Well, she is now,” he yelled back.  “Looks like we’re one girl short so we’ll have to use her.  You have one minute.  Get cracking.”

“Boss says you’re in,” robot number one said and proceeded to lift Golden’s feet and slap the way-too-big slippers on.

They cut her off again when they threw her into a nearby chair and a third robot who Golden hadn’t even noticed before tilted her head back and swiftly applied make-up, eye shadow, blush, eyeliner and lipstick, all in the space of thirty seconds or less.

Then they hauled her up and hustled her toward the curtain where a line of similarly decked-out models awaited.

“What do I do?”  Golden wailed, her heart pounding like a drum on steroids.  She’d never in her life been on a stage and she’d never done anything without careful planning.  And now she would have to do both – firsts for her – and she was scared out of her wits.

“Just follow the other girls,” robot number one said, giving her a little shove, “and smile.”  And that was the extent of Golden’s training to be a runway model during Fashion Week in London for the launch of the Davidoff Fall Collection.

The music began, the lights flashed and with flair and fanfare the master of ceremonies called the models onto the stage.  To the beat of African drums the line of girls began to walk out from behind the curtains, Golden bringing up the rear.  She glanced behind her, desperately seeking a means of escape, but the manager’s eagle eyes were on her.  Nowhere to run, nowhere to hide.

Golden’s eyes flew to the back of the girl ahead of her.  Eyes glued to her forerunner she sucked in her breath, determined to copy the girl’s every step.  She had to do this.  She’d better.  She needed the money.

She’d been hired to do one job and then had been dragged on stage to do another but she knew very well that she had no say in the matter.  If she wanted to get paid she’d better fit in wherever they threw her.  And so, calling on all the muses of runway models and all the gods of fashion shows, she breathed a prayer and strutted onto the stage.

But on top of the fact that she had no idea what the heck she was doing Golden had one other little problem.  Actually, not so little if you considered it literally.  The golden slippers that the dresser had slipped onto her feet were huge, at least three or more sizes bigger than her feet.

In their haste to get her on stage no-one had bothered to check that the shoes actually fit...or maybe they didn’t even care.  They probably just wanted her dressed and out of there so they could move on to their next victim.

And so it was that Golden found herself in the middle of three huge dilemmas – not a model, no experience on stage, and wearing shoes that threatened to throw her flat on her face if she wasn’t careful.  All she could do was mumble under her breath and keep moving.

So she moved, swinging her arms like the girl in front of her was doing, her back straight, her head high...even though behind the smile plastered across her face she was whispering, “Please, God, don’t let me fall.  Please, God.”  Blinded by the bright lights and deafened by the music all she could do was step and smile and pray.

Before she realized they’d gone that far Golden found herself at the front of the stage, right in front of the clapping audience.  The girls who’d been ahead of her, her shield, had all turned and were heading back toward the curtains, leaving her startled and stupefied in the middle of the stage.  Good Lord, what should she do now? Do a pretty little pirouette like the girl who’d been ahead of her or just turn and hurry back the way she’d come?

Golden chose the latter.  Just as the MC called for a round of applause for the Davidoff Fall Collection she turned, intent on escaping the limelight.  To her horror the wretched slipper on her left foot caught in the hem of the sleek golden gown and she stumbled and began to pitch forward, arms flailing, a shriek ripping from her throat.  There was a universal gasp as Golden tumbled to the platform and she felt like she would die from the shame of it all.  For all she knew, the show was being televised.  Hopping up from her knees, she snatched the slipper from her other foot and made an undignified dash toward the curtains, the offending slipper forgotten in the middle of the runway.