BOOK: Mayday
>>DOWNLOAD HERE >>READ ONLINE NOW
ads
All three of her friends regarded her with identical expressions of fierce loyalty. It was that quality that had drawn her to them in the first place, the reason she kept coming back to the library summer after summer. The reason she could bare her heart to them, stripped of all artifice and exaggeration.
Penny's brows drew together. “Okay. Now that we understand the problem, it's time to solve it. Who here feels comfortable teaching Sarah to ride a bike before . . .” She turned to Sarah. “When is the retreat again?”
“In four days.”
“Okay,” Penny said. “Who has the time and ability to be her cycling instructor before then?”
Angie frowned. “Shit. Grant and I promised to visit my sister and my parents over the Fourth of July weekend, so I have to leave right after work tomorrow. I'm sorry, Sarah.” Angie's attention shifted to Penny. “What about you?”
“I would. Honestly, I would. But I'm not exactly the outdoorsy sort.” Penny spread her hands. “I wouldn't feel comfortable teaching Sarah, given that I can barely keep from falling off a bike myself.”
They all looked in Mary's direction.
Her brow creased in an apologetic wince. “I said I would babysit my nephew the next few nights so that my brother and his wife could have some alone time. I could call them and try to reschedule, though, if you'd like.”
“No, no.” Sarah waved a hand. “No need to do that. I'll figure out something. Who else might be able to teach me?”
“I know!” Angie slapped a hand down on the table. “Helen's not a fan of the outdoors, but her boyfriend is. Wes does triathlons. And those involve bikes at some point, right?”
Sarah stared at her. “You want me to ask the mayor of Niceville, who also works at the local pool and is creating a nonprofit in his nonexistent free time, to give me a riding lesson?”
Even for her, that seemed a little demanding.
“Why not?” Angie asked. “If he can't do it, he'll probably know someone who can. Let me call Helen.”
Five minutes later, Angie was writing down the name of one of Wes's friends, since Wes himself didn't have time to teach Sarah how to ride.
Angie tapped the screen of her phone to end the call. “So Helen says this guy owns a bike-repair shop and goes on training rides with Wes all the time. Chris Dean. Apparently, he might have time to give lessons after the shop closes. However . . .”
When Angie didn't say anything for another moment, Sarah leaned forward. “What?”
“Helen also says he can get a little grumpy. Probably because he's still getting over a bad breakup. So you may need to do a little convincing.”
Renewed hope stiffened Sarah's spine, not to mention her resolve. “No problem. He'll never know what hit him.”
“Um . . .” Mary winced again. “Maybe you should tread lightly when asking him, Sarah.”
“Nah.” Sarah stood and started putting her notepad and pen into her purse. “I've got this. I'm a woman on a mission, and nothing can stop me now. Especially not a grumpy cyclist. I'll go see him after my early shift tomorrow.”
“Are you sure you wouldn't rather call him first?” Penny asked. “Maybe give him a little warning?”
Sarah's plan was finally coming together. In a mere four days, she'd spend the entire day with Ulysses. She'd finally get his full attention. And once she did, surely he'd see how perfect they were for each other. All she had to do first was convince one cranky business owner to do herâthe friend of a friend, kindaâa favor. Easy peasy.
Sarah winked at Penny. “No way. The element of surprise will work in my favor. Who can say no to the Drama Queen when she's right in front of him, begging for his assistance?” 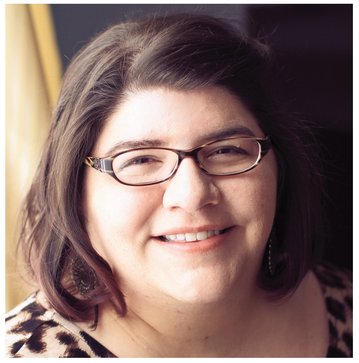 Photo by C.S. Smith Photography
Olivia Dade
grew up an undeniableâand proudânerd, prone to ignoring the world around her as she read any book she could find. Her favorite stories, though, were always romances. As an adult, she earned an MA in American history and worked in a variety of jobs that required her to hide her bawdy interior under a demure exterior: Colonial Williamsburg interpreter, high school teacher, academic tutor, and (of course) librarian. Finally, though, she realized the call of the hussy could no longer be denied. So now she writes contemporary romantic comedy with plenty of sex, banter, and nerdery. When not writing, she cooks alongside her husband, dabbles in photography, and tries to hide her collection of throbbing-intensive romances from her curious daughter. Visit her on the web at oliviadade.com and sign up for her newsletter at
http://eepurl.com/bDS6Z5
. 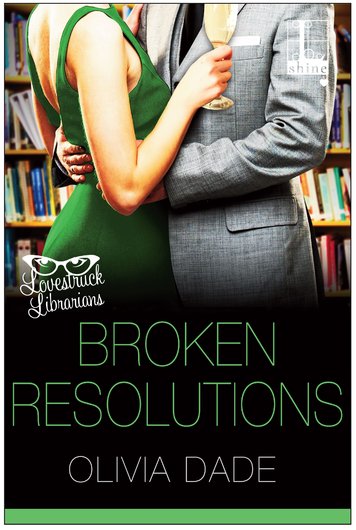 Love Between the Lines
Romance has never had a happy ending for librarian Penny Callahan, who could write the book on cheating, heartbreaking liars. So she's made a resolution: no men for the next twelve months. If she can just get through the library's New Year's Eve singles night, she can return home to her pajamas and a good book. But when she finds herself checking out a hot hunk with an irresistible smile, an evening in the stacks becomes a lot more tempting . . .
Â
Reclusive author Jack Williamson never should have trusted his mother. Even though he's trying to avoid being recognized, she guilts him into attending a dating meet-and-greetâwhere an adorable librarian makes him question his lonely lifestyle. Is this just a fleeting, flirty scene? Or could love be the next chapter for them both? 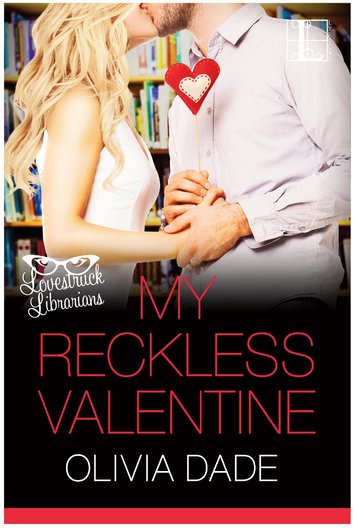 Temptation from A to Z
Library manager Angie Burrowes is in trouble again. Her superiors have never approved of her unconventional methods, but the latest warning is seriousâanother complaint from the administration or a patron, and she's fired. With a steamy Valentine's Day contest to conceal and her career on the line, the last thing Angie needs is a near accident while driving home. At least, until she meets the tall, dark, and sexy stranger responsible for her very own spicy plot twist . . .
Â
Straight-laced Grant Peterson has only one thing on his mind: making a good impression as the new director of Branch Services at the Nice County Public Library. On the eve of his first day, however, a lusty encounter with Angie unleashes a desire unlike any he's ever known. Their tryst may be one for the record books, but when he learns he's Angie's new boss, will Grant need to check out on love?
To the extent that the image or images on the cover of this book depict a person or persons, such person or persons are merely models, and are not intended to portray any character or characters featured in the book.
Â
LYRICAL SHINE BOOKS are published by
Â
Kensington Publishing Corp.
119 West 40th Street
New York, NY 10018
Â
Copyright Â© 2016 by Olivia Dade
Â
All rights reserved. No part of this book may be reproduced in any form or by any means without the prior written consent of the Publisher, excepting brief quotes used in reviews.
Â
Â
Lyrical Shine and Lyrical Shine logo trademarks of Kensington Publishing Corp.
Â
First Electronic Edition: May 2016
ISBN: 978-1-6165-0937-8
Â
ISBN-13: 978-1-61650-938-5
ISBN-10: 1-61650-93 8-4
ADS
15.4Mb size Format: txt, pdf, ePub