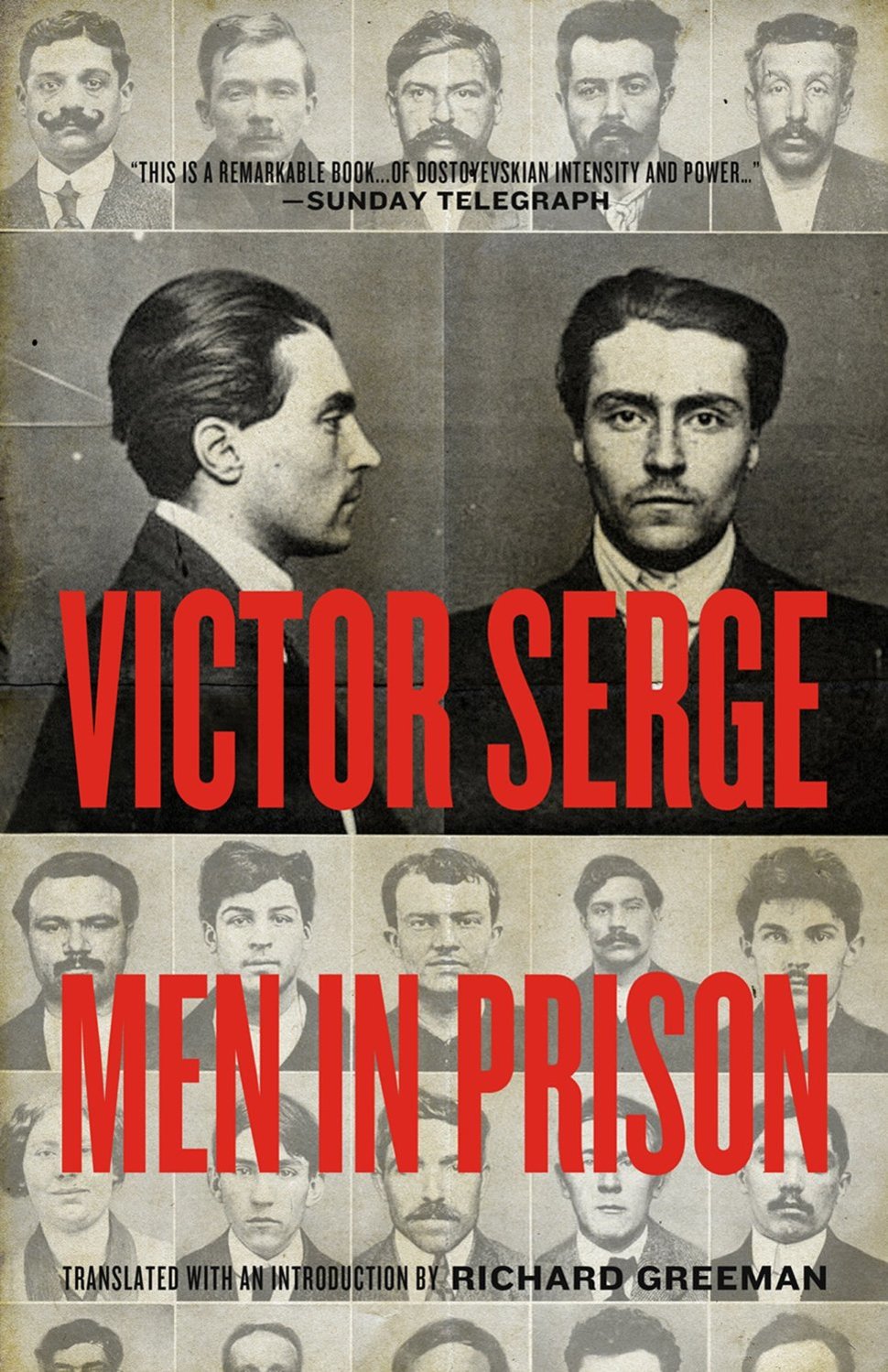 Praise for
Men in Prison

“Novel or autobiography, the book is literature, for Serge was a wonderful writer.”

“If you know someone headed for prison, this is not the book to give him for a going-away present. It tells what prison is really like.”

“No purer book about the hell of prison has ever been written.”

“There is nothing in any line or word of this fine novel which doesn’t ring true.”

“It is a stream of exquisite and refined consciousness undergoing man’s most barbaric experience. Not even in
One Day in the Life of Ivan Denisovich
is there such a penetrating and disturbing account of what prison means to the body and soul.”

“This novel, properly so called by its author, being truth worked up as art, is strongly recommended both as a document and as a powerful work of literature.”

“He was one of those rare political activists who was also an artist, and his book is poetic and ironic, the account of a spiritual experience rather than a factual record….Serge is almost unique (not quite—one remembers Dostoevsky and Koestler) in turning all this into art.”

“Here is Serge, the model upon whom George Orwell fashioned himself in his descriptive essays and in
Homage to Catalonia.
Here too, I think, must be the original spring of Jean Genet. Consider the homosexual Moure, alone in his cell, dreaming of boy friends called Georgette, Lucienne and Antionette. Moure links the most brutally obscene, obscene to the point of cruelty, with love words and coquettish diminutives…. Serge is not merely a political writer, he is also a novelist, a wonderfully lyrical writer…. He is a writer young rebels desperately need whether they know it or not…. He does not tell us what we should feel; instead, he makes us feel it.”

“This lucid and beautiful book…. The cool brevity of Serge’s character sketches covers a deeply running sympathy for all human nature, however distorted and ignoble.”

“This is a remarkable book…. Capable of Dostoyevskian intensity and power.”

Spectre is a series of penetrating and indispensable works of, and about, radical political economy. Spectre lays bare the dark underbelly of politics and economics, publishing outstanding and contrarian perspectives on the maelstrom of capital—and emancipatory alternatives—in crisis. The companion Spectre Classics imprint unearths essential works of radical history, political economy, theory and practice, to illuminate the present with brilliant, yet unjustly neglected, ideas from the past.

Greg Albo, Sam Gindin, and Leo Panitch,
In and Out of Crisis: The Global Financial Meltdown and Left Alternatives

David McNally,
Global Slump: The Economics and Politics of Crisis and Resistance

Sasha Lilley,
Capital and Its Discontents: Conversations with Radical Thinkers in a Time of Tumult

Victor Serge,
Birth of Our Power

All rights reserved. No part of this book may be transmitted by any means without permission in writing from the publisher.

Printed in the USA by the Employee Owners of Thomson-Shore in Dexter, Michigan.
www.thomsonshore.com

Everything in this book is fictional and everything is true. I have attempted, through literary creation, to bring out the general meaning and human content of personal experience.

Before being deported to Russia, Serge was an anarchist political prisoner in France from 1912 to 1917. This novel is based on those five years. His prose comes across seamlessly in Richard Greeman’s fluid and lively translation. And Serge could write! No “socialist realism” here as we see the nuances, the quirks, and the resiliencies of a variety of individuals. The convicts we meet are neither demonized as depraved monsters nor romanticized as the noble oppressed. Some are sordid, many simply sad; almost all are poor; and a handful are conscious political prisoners.

“The Mill” where Serge did his time was an application of the “Auburn System,” designed one hundred years earlier—the same two-hundred-year-old Auburn Correctional Facility in New York State where I’m being held today. Of course current conditions in the United States are not exactly the same as in France a century ago. The book’s title would have to change “Men” to
“People,”
as the United States now has over two hundred thousand women behind bars, their numbers growing at a faster rate than men’s. The rights of lesbian, gay, and transgender prisoners are a much more explicit struggle. Serge’s brief mentions of gays are condescending if not negative. That’s not surprising given the dearth of open struggle back then, but nonetheless totally inadequate and unacceptable today.

The rate of incarceration in the United States is totally unprecedented and astronomical at 1 percent of the adult population, with
2.3 million human beings in prisons and jails. Most telling, based on the history of genocide, slavery, and conquest, the U.S. criminal justice system is at the center of the surrounding stinking swamp of racism. The racism isn’t just coincidental. The hyperexpansion of incarceration in the United States—with the number behind bars today eight times what it was in 1970—developed in response to the Black Liberation Movement, which was an inspiration and spearhead for a range of struggles and advances by the oppressed. The United States now jails Black males at four times the rate South Africa did under apartheid. The United States also locks up an unconscionable number of women. But the impact of the criminal justice system on women is far more pervasive as many more carry the burden of being single parents in impoverished communities decimated by incarceration, with one in nine Black males between the ages of twenty and thirty-four behind bars. The Latino/a community has also been hit disproportionately hard, and the U.S. mania for mass incarceration has swept up many poor whites as well.

Sexus by Henry Miller
A Baby for My Billionaire Stepbrother by Cassandra Zara
Bittersweet by Loth, Kimberly
In Ethiopia with a Mule by Dervla Murphy
The Quiche of Death by M. C. Beaton
A Lasting Impression by Tamera Alexander
The Rescued by Marta Perry
Here's the Story LP: Surviving Marcia Brady and Finding My True Voice by Maureen Mccormick
Stick Dog Wants a Hot Dog by Tom Watson
For Real by Alison Cherry