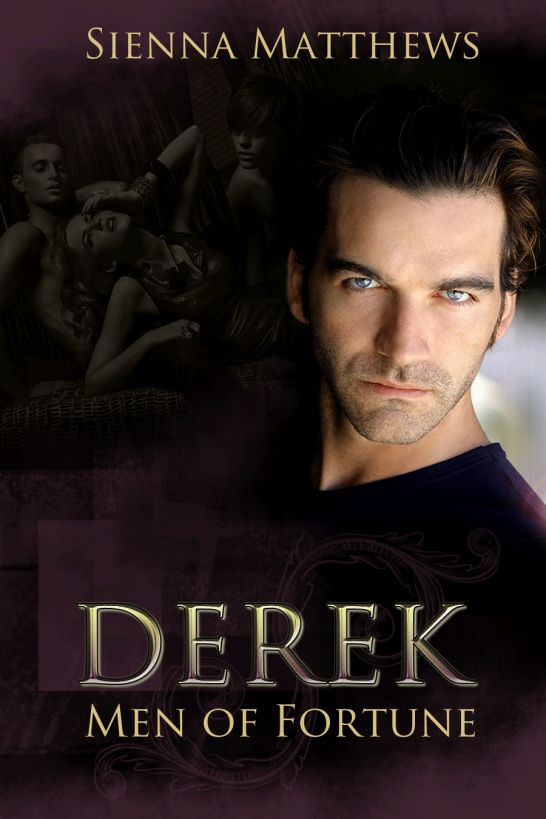 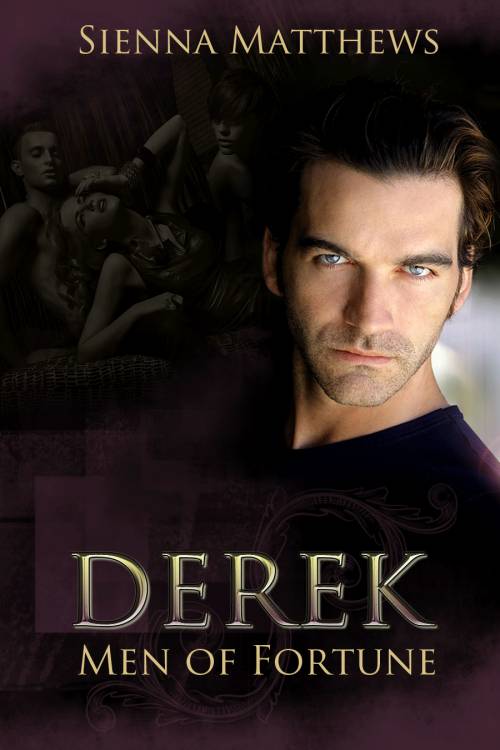 All rights reserved.
With the exception of quotes used in reviews, no part of this ebook
may be reproduced in any print or electronic form without prior
written permission from the publisher, Chained Hearts
Publishing.

This ebook is a work of
fiction. Any names, characters, places and incidents are a product
of the author's imagination and are used fictitiously, and any
resemblance to actual persons, living or dead, business
establishments, events or locales is entirely coincidental.

This ebook is licensed
for your personal enjoyment only. This ebook may not be resold or
given away to other people. If you would like to share this book
with another person, please purchase an additional copy for each
recipient. If you're reading this book and did not purchase it, or
it was not purchased for your use only, then please return to
Smashwords.com and purchase your own copy. Thank you for respecting
the hard work of this author.

“It’s unnatural, what you and your brothers
are doing!” Mommy raged, her steps angry as she went down the
stairs, two big bags in her hands.

Derek hurried after her, his four-year-old
legs taking the stairs as fast as he could. “Mommy, Mommy. Wait for
me!”

Daddy scooped him up, and Derek cheered.
Good, Daddy was big and strong and fast. They’d catch up to Mommy
in no time.

“Myra, let’s talk about this—”

Mommy whirled around as soon as she reached
the foot of the stairs. Her eyes flashed, like the lights of his
fire engine. “We’ve already talked enough. You won’t ever change.
This
won’t
change.”

“I’ll change, I promise.” They’d catch up to
Mommy by this time, and Daddy touched her on the shoulder. She
shrugged his hand away. Derek reached out and put a hand on her
hair. She stepped back so his hand fell to the side. He started to
cry.

“For your son, Myra. Won’t you stay for
Derek?” Daddy shouted over Derek’s wails. “He needs you—”

Mommy’s face seemed to twist, then smoothed
out. She shook her head. Her eyes were sad, so sad. But why? Daddy
wanted her to stay. “Derek, my son, I love you, but one day, you’ll
end up like your daddy and your uncles, and I can’t…I can’t bear to
see that—”

“What if he won’t?” Daddy challenged. “Won’t
you be throwing your life away for nothing?”

“It doesn’t matter.” Mommy’s voice was dull
as she shook her head again. “I can’t live like this. Take care of
him.”

She turned and left, not looking back. Not
even once.

Derek labored over his girlfriend in his
bed, his hips pumping with speedy precision as he thrust into her
wet cunt, his balls tightening with each plunge. The cheap bed in
the dormitory squeaked with his effort and the headboard banged
against the wall. Good, noisy sex, just how he liked it.

The two other beds in the room suffered
under the same endeavor, occupied by his cousins and roommates,
Adam and Matthias Fortune. This was the first time Derek had joined
them in group sex, though they had been extending him the
invitation for several times now. He hadn’t been comfortable
joining them, because he and his girl Regina were so new, but now
that they’d been exclusive several months, he was more…at ease,
sure that Regina wouldn’t be tempted by the sight of his
cousins’…er, more attractive builds.

Despite the hours he’d put in at the gym and
in sports, his lanky frame had yet to grow and pack on muscles. But
since it had been only a month since he started, he had hope.

Adam shouted, and Derek was distracted
enough to look over at him. Adam’s hips jerked uncontrollably, his
body arched and he ground his groin against the woman, pushing her
deep into the mattress, as deep as she would go.

The sight caused Derek to shudder, and he
exploded, spilling his seed into the rubber that encased his cock.
At the last second, he remembered to use his thumb to press hard on
Regina’s clit, so that she came a split second after he did. His
climax came in big waves of release, and he was still shaking when
he pulled out, disposed of the condom and flopped on his back
beside her.

Man, group sex was the thing. He wouldn’t
turn down any invitation ever again.

“Mmmm, that was awesome.” Regina nuzzled his
neck. “Why didn’t we join them sooner?”

The other couples had finished, too, by this
time. Matthias heard the soft question and answered, laughing,
“Dunno why Derek always turned us down. We don’t hold it against
him, because he finally said yes, or we’d never have seen what a
beauty his girlfriend is.” His intense blue eyes slid over Regina’s
curves in a slow and lingering caress.

Regina blushed, her nipples peaking from the
attention.

Derek’s alarm signals went blaring, and he
wanted to shout at Matthias to stop but somehow he couldn’t talk.
He couldn’t even move. He could only watch on, heart hammering.

Matthias crooked a finger at her. “Why don’t
you come here and let me have a taste of those sweet cherries?”

Without a backward glance, Regina uncurled
her form from the bed and padded toward Matthias, straddling him
and leaning so that her breasts hanged over him like a bunch of
lush grapes.

Agony slashed through Derek.
Why?
was a haunting
refrain that seared through his brain.

He made himself watch as Matthias opened his
mouth, took one cherry-tipped nipple between his lips and sucked.
Regina moaned, an ecstatic expression on her face. She closed her
eyes, burrowed her fingers through Matthias’s hair and held him
steady, tugging his head back down to her breasts when his cousin
would’ve stopped. She arched, her pussy sliding over the length of
Matthias’s cock, and purred.

Derek was devastated by her betrayal, and
any feelings he might have had for his girlfriend were destroyed
that night. Sharing of girlfriends might have been on the
agenda—there were talks, and Derek had been considering it—but not
girlfriends offering themselves up.

Later, Matthias apologized. All the women
had been sent packing, and it was only the three of them in the
room. What had promised to be a fun-filled, raunchy night (the plan
had been for a sex marathon contest) had turned into a night Derek
would rather forget.

“I’m sorry, Derek,” Matthias repeated. “What
I did wasn’t intentional. You know Adam and I always share our
women—”

“I hadn’t agreed!” Derek lashed out. He
should be angry at his cousin, and one part of him was, yet the
other part of him—the one he didn’t want to acknowledge yet—was
grateful.

Matthias inclined his head in
acknowledgement. “But even our dates had the decency to obtain our
permission before going to another man, even when we had already
told them earlier on that tonight was sharing night. You’re better
off without her, Derek.”

A small, sane part of him agreed with
Matthias, but right now, he was hurting too damn much to care.

Derek Fortune loved women, all of them.
Tall, short, big-breasted or not, curvy or straight as a line, not
a one failed to stir him or kindle his creativity. One could say
they were his inspiration.

However, of all the women he’d known, there
was none he loved more than his newly wedded wife.

He gazed down at the woman slumbering beside
him, and though the moonlight shining in from the window prevented
him from having a clear picture of her features, the image of her
too-wide emerald eyes, pert nose and small mouth set in a sweet,
round face was imprinted in his mind. He wasn’t likely to forget
the face that had captivated him, not at first look, but after he’d
seen the character and personality stamped on them, after he’d
grown to know her and liked her. Love had stolen in when he least
expected it, but when he realized what the emotion was, it had felt
right, where it nestled in his heart.

Lust was also never far whenever she was
with him. Even after taking her twice already this night, his cock
was stirring yet again, prodding her belly and searching for the
wet, slick entrance that signaled home.

Far be it from him to disappoint his cock,
especially when he knew his wife was as lusty as he.

He pushed the silky strands of blond hair
away from her face and kissed his way from her forehead down her
nose to her mouth, which he claimed in a slow, deep kiss, a kiss
meant to awaken his sleeping beauty. Her sleepy moan informed him
she was coming awake, as did the mouth beneath his, which started
to respond, moving in a way that aroused him. He loved moments like
this, when his wife would awaken in degrees, sort of like seeing a
tiny bud blossom into a flower.

He slipped his tongue inside her mouth and
rubbed against hers, the same way his thumb was now chafing against
her turgid nipple, making it even harder. Sparks flew when she
captured his tongue and sucked.

He shook with the force of his needs, and
his erection ached and demanded.

Desire rode him high, and the tempo of their
kiss changed. No longer soft and exploratory, but hard and fueled
by passion, taking, plundering, ravishing. Now fully awake, she
matched him kiss for kiss, stroke for stroke.

Her hands were everywhere, gliding over his
back and down his arms, her fingers digging into his shoulders. He
hadn’t noticed when he’d moved into position, but her legs were now
wrapped around his waist, her heels jabbing into his buttocks. Her
hips gyrated as she ground her lower body against his.

Oh, and did he mention she was
so
responsive? A tigress
in bed? Yes, the stuff of every man’s wet dream.

He broke the kiss, feeling the need for
air.

Her heels pounded on his buttocks. “Now,
Derek!”

“Not yet,” he gasped. They were both more
than ready for his penetration, but he wanted to prolong the
anticipation, keep them both burning as long as he could. Their
coming together then would be more explosive. He wanted that
explosion.

He thrust two fingers into her mouth, and
she sucked on them. He felt her deep pulls straight to his cock,
which throbbed in eagerness. He flicked his tongue over her
nipples, teasing the taut buds until they tightened even more. He
loved their rosy-brown color and the slightly rough texture under
his tongue. One look at these twin peaks and he went wild, his
erection so hard he ached.

“God, I love these.” He sucked first one
then the other into his mouth, mimicking her suction pulls on his
fingers.

“Too small,” she grunted, taking out the
digits and sucking in his ring finger instead.

She’d usually have something to say in
rebuttal, but this time, he bit down on one hard bud, and she
screamed.