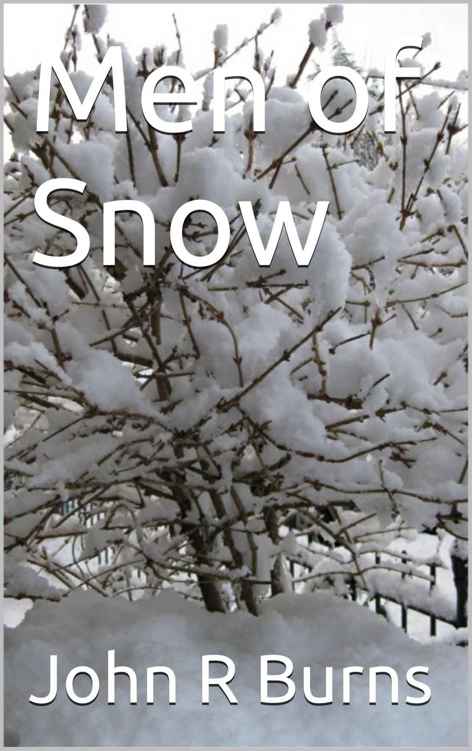 Snow was falling outside the high latticed windows.

‘You’ll have to be careful.’

There was a strong smell of polish and leather.

‘I suggest you grow some spots, more the better, those little pussy ones, red, pink with a little yellow tip, especially on your face not your arse,’ the long, high hall echoed to his voice, ‘because you don’t want any of the officers fancying you.’

They were at attention in the straightest line, listening.

‘You don’t want your time here to be one bum fuck after another.’

Franz stared straight ahead, enjoying the control he had over his motionless body.

‘We are soldiers of the state of Germany.’

‘Yes sir,’ they all replied.

‘And of our Fuhrer.’

‘Very good gentlemen. Very good you recruits. I welcome you. I hope your stay will be of benefit to yourselves and the German army. If it isn’t we don’t want you here.’

They waited to be dismissed.

An hour later they were still waiting in the straightest of lines that ran from one end of the hall to the other. Regimental flags hung from the wood panelled walls.

After more than two hours there were sounds of boots creaking. Somebody coughed. Another cleared their throat.

‘Gentlemen, and this will be the last time I will call you that, you are now dismissed,’ came the order.

Franz turned but did not immediately relax like most of the others. He watched his fellow recruits leaving the hall.

‘You are Brucker?’ the sergeant asked.

He waited, the sergeant’s boots clipping over the highly polished floor as he left the hall.

‘You have to know your weaknesses. That is more important than anything. In your will has to be the strength to focus and determine certain changes. Your personality is a myth.’

Now he was alone to take in the atmosphere, the snow falling heavily outside, the faded regimental flags hanging all at the same angle, the huge fire at the far end of the hall sending shadows across the walls.

Then he was remembering words of his youth leader, the forty year old who had visited the village once a week.

‘There will be no more betrayal. We learn by our mistakes. We will be better prepared this time.’

Gasteiner, who had missed out on the first world war because of asthma and who always sounded angry and still bitter, had told Franz’s village youth group.

‘A soldier should always lead this country,’ he had repeatedly told them.

‘We are so proud of you Franz,’ aunt Hildegaard had said to him on the day of his leaving, ‘Your uncle would have been proud too. Keep his memory with you Franz. He believed in Germany. You must do the same.’

‘How many times? I’m sure Hildegaard you do it to provoke me,’ Franz had heard his mother often ask,’ The army never lost the war. You know that. Can you imagine the German army being defeated? It was the Jews and the politicians who broke every promise, who accepted defeat. And Gerhard died for that? He was such a fine man, such a fine soldier.’

As a child her words had frightened him. Franz had heard so much about his uncle, the First World War hero. He had not understood how anybody could be so foolish as to be so brave.

As he walked out of the hall into the first of the school’s many corridors he was not sure of his directions. He waited until a group of recruits had passed.

Up two flights of stairs was his dormitory. He was sharing with three others and his bag was on the bed nearest the window.

‘It’ll freeze your balls off, sleeping there,’ was the comment made by the recruit unpacking near the door.

Franz looked at this tall, thin recruit with his skin cropped hair and long arms.

Swinging his bag through the door another recruit appeared.

‘This must be it,’ was his first, loud comment.

Franz unbuckled the strap round his travel bag.

‘I’m Steiner,’ came the new entrant, holding out his hand to him.

Franz turned, ‘Good to meet you.’

Later the last recruit introduced himself, ‘I’m Frumm and I come from Munich. My father came here so I am following in his footsteps. Not that I wanted to do anything else.’

Franz lay that night listening to the other three trying to sleep. He had to put his head under the one blanket they were issued with to attempt to shelter from the icy wind flicking snow through the partially open window. He was forcing away his fears, making himself accept whatever happened.

‘Courage is in the heart, not the mind. You think you know what to expect, but you don’t. What keeps you going is the utter obligation you have to the others you are serving with. The necessity is not to fail them,’ his youth leader Gasteiner had said.

‘This family is always talking politics, always,’ had been Granny’s complaint. She had smelt of mothballs and a lunchtime sip of brandy and the strange perfume she wore that reminded Franz, her grandson, of a warm summer’s day. To Franz granny was somebody he sometimes feared and at other times wanted her life never to end.

That had been the opinion of Franz’s father who owned a glass factory further down the valley and was the district’s local magistrate.

‘She knows I’m proud of her. She’s outlasted everyone from her generation and she has all her faculties, never misses a thing, sharp as anything.’

‘You’ve got to watch out,’ was Steiner in their third day at the college, ‘I hear this place has its reputation. So watch your backs and your buttocks as the saying goes.’

‘The food here is excellent,’ would be Schaltz’s regular announcement.

‘You shouldn’t listen to rubbish,’ was Frumm to Steiner across the table in the dining hall, ‘because it’s never correct.’

‘And how would you know?’ was Steiner’s question.

‘It’s the same wherever you go. People make up things.’

The military school was a high, castellated building on three sides of a huge parade ground where six days a week the recruits were taken through their drill, barked at by sergeants, watched by some of the officer staff from high windows.

‘A country’s military success depends on the calibre of her officers.’

The day’s routine followed a minute by minute timetable. The recruits were woken at 5.30am for the 6.00am roll call. After breakfast they were on the parade ground before the first study periods.

‘You will have split second decisions to make. The more knowledge you have the easier will be those decisions.’

‘Captured populations need you to know what you want them to do. Avoiding confusion avoids wasting time.’

After lunch they were at gymnastics, cross country or team sports followed by another study period before supper, then preparing their uniform and equipment for the next day before lights out at 9.30pm.

‘Our aim is to reduce the number of recruits who have started this year. Only those who can last the course deserve to be German officers.’

‘I’ll never do it. It’s too much for me,’ Schaltz often complained.

A change of routine would be on a Wednesday when they were either on the assault course or the firing range.

‘You have to experience what the ordinary soldiers have been through before you can lead them.’

‘The bastards just want us to fail,’ Frumm would say, dropping exhausted on his bed at the end of the day.

‘They have to do it,’ Franz would tell them, ‘or what’s the point?’

‘We are going to be Hitler’s officers, the best,’ was a comment from Steiner.

He had a voice that was soft and controlled with a tone to which the other recruits always listened.

Franz had quickly become aware of Steiner’s effect, of this authority in his voice that nobody questioned.

‘It’s just my opinion,’ would be Steiner’s qualification when there was a discussion, something that they rarely had the energy to manage.

At night before lights out there would be a few comments made about what had happened that day. Discussions would be for the few hours they had free on a Sunday or on a pass to the nearby town of Meiteldorf.

‘You will swear an oath to your Fuhrer. Nothing, absolutely nothing can break that oath. It is the ultimate commitment of each soldier.’

Franz in the first weeks carefully watched everything and everybody he could in the school’s routine.

Often he would lay at night trying to work out the characters of the other three he shared the dormitory with and what impression they had of him.

Schultz seemed to be preparing himself for failure.

‘I will never do it,’ he would say after a hard study period or a session on the assault course, ‘I should never have thought I could.’

He would spend every spare minute polishing his boots or ironing his uniform or gym kit, cleaning everything, tidying his locker, remaking his bed several times in the morning before he was satisfied.

‘At least I’ll look the part,’ he would say.

Frumm was cynical and critical. Just because he was from Munich seemed to make him think that was how he should be.

‘They’re just failed soldiers,’ he would say of the staff at the school, ‘They’ll be still here when the war starts.’

He enjoyed showing off his tight, muscular frame.

‘I’ll take on everybody, would be his half joking promise, tightening his biceps and looking menacingly at the first recruit who came into range.

But Franz would listen to Frumm talking in his sleep, often pleading for somebody to leave him alone.

‘So Brucker. I’d love to know what you’re really thinking, or there again maybe I wouldn’t. You don’t talk enough for my liking,’ Frumm had said one night when they were on a rare pass into town and had done the round of the beer halls.

Sometimes a younger Franz had gone quietly up the stairs of his house with its dark, shiny bannisters, along the carpeted landing and up a smaller flight of stairs that lead to the next level where granny’s bedroom was situated. The door would always be left slightly open, as though even in her afternoon naps she did not want to miss out on what was going on. Franz would push it wider with one finger, smelling again everything that granny represented, old cupboards and something that had the odour of doctor Grunewald’s surgery.

He would step into the room and carefully study the small body lying under a thin sheet in the summer and a thick eiderdown in the winter. Her head was always exposed. Sometimes he found it repulsive like a large, grey lizard with its shiny skin and thick blobs of flesh that stuck out along her chin. When he saw it like that the head used to terrify him. Then he would only manage to stand there for a short time, daring himself to go over and touch her, touch her skin, sensing what it would feel like, gluey, messy, sticking to his fingers.