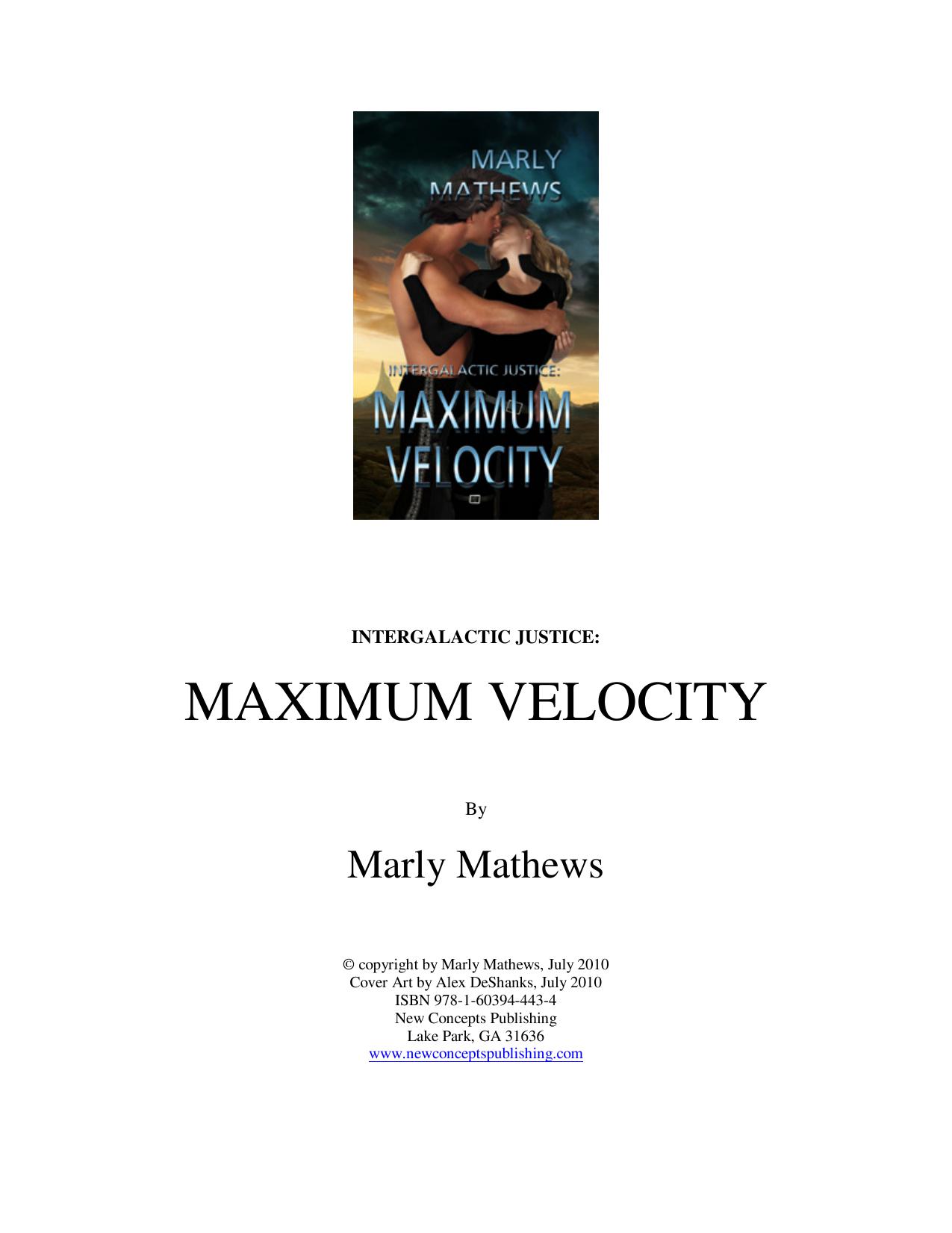 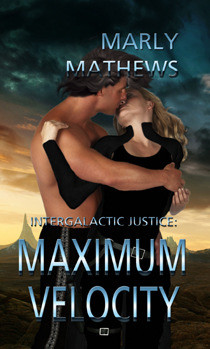 This is a work of fiction. All characters, events, and places are of the author’s

imagination and not to be confused with fact. Any resemblance to living persons or

Samantha Cassidy ran down the dark alleyway. She spoke into her personal

end of the alley.

“Where is she?” Samantha asked, as static filled the line.

“I’ve got a reading on her, she should be less than twenty feet from you,” Johanna’s voice

streamed out to her. Johanna as usual sounded remarkably calm, and yet Samantha was about

ready to do some heavy damage.

“And this is coming from the one woman ass-kicking machine,” Johanna retorted,

“I’m still here, but I’ve got a wee bit of a distraction on my hands.”

“What kind of a distraction?” Samantha loved her sister, but she still didn’t like the tone

of worry in her voice. Johanna was constantly fretting over her welfare. It wasn’t as if she

hadn’t gotten herself in this kind of a tight jam before.

“Let’s just say, they’re both the size of....” her voice trailed off when she saw the large

explosive device that was rigged to the outside of the warehouse that stood behind the two thugs.

She eyed them impatiently, wishing that they’d just get up and take off. She hadn’t the slightest

idea why they were standing there still as statues. She walked up to them and fell into a fighting

stance. She held her Bo staff out, and then inhaled sharply as one of the security lights from the

warehouse settled on them.

“Oh,
shit!
” she muttered. They were holographic projections. Groaning loudly, she

dashed to the explosive device. She pushed the activation button on her Bo staff, and smiled

when it shrunk back down to its easy carrying size. Hooking it onto her belt, she smoothed her

hair back and sighed.

“Hey, Johanna, you wouldn’t happen to know how to deactivate a Romanelli Bomb

“You’ve got to be freaking kidding me! Please tell me that that isn’t the type of bomb

that is rigged. Samantha, for heaven’s sake, get your ass out of there. Those bombs are nearly

impossible to deactivate once they’ve been set. If you stick around much longer, you’ll become

part of the crater that Sullivan’s Warehouse is about to be.”

“Is Veronica still inside?”

“Yes, I still have her body signature on my sensors.”

“Have you been able to open a communication channel to her yet?"

“I can’t just leave. I have to get inside to her. I’ve got ten minutes until the bomb is set

to explode, I think I can just make it work.”

“
JUST?
Samantha, don’t you scare the living daylights out of me, with those nerves of

steel that you possess. I’m coming to help you, Eleanor says that we can make the distance

“Fine. Get down here as soon as you’re able, but I don’t have time to diddle fart around

while I wait for you. I’m sorry, Johanna, but I have to go in, and get Veronica’s ass out of the

fire. As much as I hate to admit it, she is part of the team now. And besides, poor Ross’s heart

would be shattered, if Veronica were to go to pieces.”

“And
how
dear sister, do you propose to get inside of Sullivan’s warehouse?”

“Oh, yeah. Just give me a minute while I hit my head against the controls. Your idea of

breaking in will trigger the security systems.”

“Not to worry, Johanna. Dylan and Tyler have masterminded this nifty little gadget for

me. It will nullify the security system, and let me waltz right in.”

“Sorry to break this to you Samantha, but you never have waltzed into a room, and I

don’t think that you’re about to learn new tricks now.”

If she had an
Earth
dollar for every time Johanna told her to be careful, she’d be set for

“Not to worry my beloved sis, I’ll be as careful as I always am.”

“Yep, that makes me feel a lot better. I wish you’d just get off your high horse, and let

Tyler or Dylan accompany us.”

“I won’t be needing Tyler’s help.” She thought back to how Tyler had become distant

toward her. Cold even. It had been six months since she’d rescued him from the noose Devlin

had waiting for him, and the last three months with him had been a total mess. They were going

down the road to divorce court…. She could feel it in her bones.

“I wouldn’t be so sure, Tyler’s slippery little fingers are invaluable when it comes to

“He’s good where he is.” She rolled her eyes with the way that Tyler had been acting

since she’d rescued him from the noose, she felt safer knowing he was out of her way. He could

“You know, you’re going to have to give in one of these days, and allow Tyler to be more

than just your lover boy.”

“Johanna, I don’t have time for this lecture right now.”

“I don’t lecture. I never tell you what to do, I only advise you.”

“
Whatever
. I’ve just found the security system. Wish me luck.”

“I’m not only wishing you luck, but I’m praying like crazy.”

Samantha studied the high tech security alarm, and reached for the magic key that would

let her in. She inserted it carefully into the card swiping area, and waited expectantly for the

door to slide open. She stared at the warehouse door, swallowing thickly when she saw no

change. “
Freaking fantastic!
” She was sorely tempted to just pull out her pistols, and try

shooting her way in. But she doubted that would help her in any way.

Breathing deeply, she flipped the card around in her hands. Squinting against the

encroaching darkness of night, she activated her powers against her better judgment and flooded

the alley with amethyst sparkling orbs of light. It gave her just enough light to see her error. She

had the card inserted upside down.

“Are you in yet?” Johanna’s voice startled her, and she nearly let go of the magic key.

“I’m about ready.” She didn’t want to tell Johanna that she couldn’t get in because of her

“Were you trying to put it in upside down?” Johanna asked.

She grunted, rolled her eyes, and swiped the card through again. Johanna knew her to

well. Here she was, trying her best to help Veronica, and Johanna had it all figured out. It was

as if the woman was a telepath. They already had two in the family, and she definitely didn’t

need another. Granted, Johanna had super senses that were attuned to things other people didn’t

pick up, but if she didn’t know better she’d of sworn that Johanna was an Alpha Psychic.

This time the heavily fortified door slid back. Grinning like a manic fool, she rushed

through the opening. “I’m in.”

“Right. Now remember to get those eyes in the back of your head working.”

“Yes. Except for when you’re wearing your blinders.”

“This place is
creepy!
” Samantha stared around at the warehouse. The thing that really

disturbed her was that it was empty. She shivered, and had a brief fantasy about a hot blazing

fire, with a dark haired man by her side, rubbing her....

Samantha shook her head, and stopped running when she came to a dead end.

“Samantha,” Johanna continued, “I have the warehouse in my sights. I’ll be there in a jiffy.”

“How much farther do I have to go before I reach Big V?”

my sensors as being
very
close to each other.”

“You don’t
say
.” Samantha wrinkled her brow, and dropped her gaze to the trapdoor in

the floor. “I think I might have a glimmer of an idea as to where Big V is.”

“Samantha, you don’t have much time left. I’m getting a little worried.”

“Don’t worry, Johanna. I don’t have any foreseeable plans of becoming a song on the

“Just make sure that you come out of there in one piece.”

Samantha reached down for the latch on the trapdoor, and pulled on it with all of her

might. She understood where Veronica was coming from when she’d decided to pursue the all

powerful Anasazi Triad, but one simply did not try to take down a criminal cartel, all on one’s

own. Now, she had known that Veronica was by all definition of the words madder than a

lunatic, but she hadn’t known that even Veronica would get this kind of a harebrained idea.

Finally, after a shit load of tugging, the trapdoor flung backwards, nearly knocking Samantha off

of her feet. She stared down, and judged the distance that she would have to jump. She leapt

down, and easily landed in a catlike crouch. She whirled around at the sound of some muffled

Her eyes widened, when she took in the sight of a bound and gagged Veronica. She was

in a bird like human sized cage that was suspended from the ceiling.

“I told you not to go on your own,” she chastised, quickly crossing the distance between

them. Her mind reeled as she tried to decide the best way to free Veronica. “Big V, you have

become the bane of my existence.” Veronica’s eyes widened to dangerous proportions, and she

was blinking rapidly. “I know, I know, I have to get you out of there. The Romanelli Bomb is

due to go off in five minutes, and for the life of me, I don’t know how we’re going to get out of

She reached down to her belt, and pulled out a little something that had aided her many

times before. She shot one of her grappling hooks onto the cage, as it swayed precariously. She

retracted it, and went sailing upwards. She fastened her gadget around the metal bars of the

cage, and watched fascinated as it worked its magic. The bars melted away giving her a big

enough space to get in and get Veronica out. She swung into the cage, and landed firmly on her

If their circumstance hadn’t been so serious, she would have been tempted to laugh her