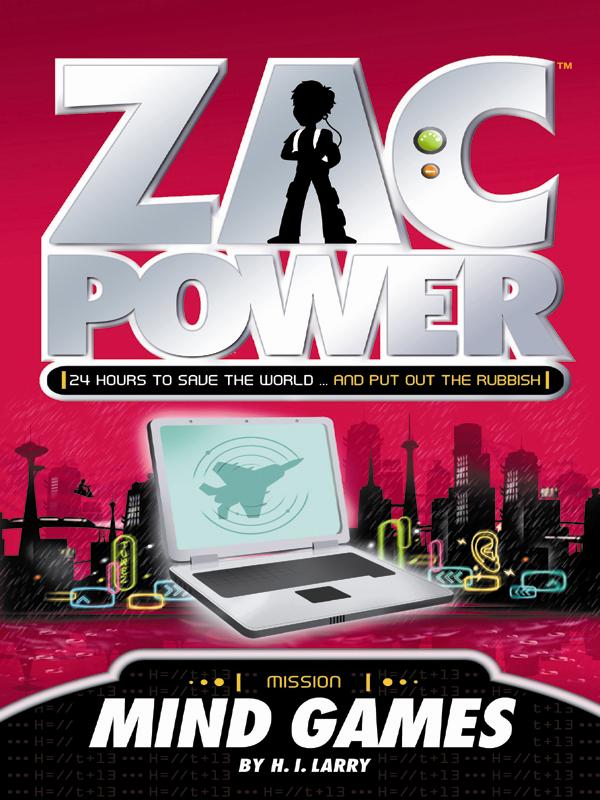 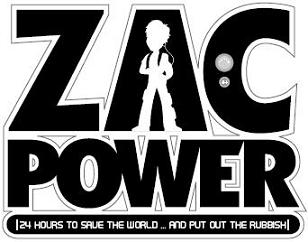 MIND GAMES
BY
H. I. LARRY

Illustration and design by Ash Oswald

With special thanks to the spies of
years 2 and 3 (2005) of the St Michael's unit of GIB
for their top-secret mission support.

One afternoon, Zac Power was shopping for cool new sneakers at the Westbridge Mall.

Zac was a bit of an expert on the subject of being cool. He was 12 years old, and he worked as a spy for the Government Investigation Bureau, or GIB for short.

As he shopped, Zac watched out for people he knew. He didn't want anyone from school to think he cared how he looked. That would be try-hard.

At Hot Diggity, the hot-dog shop, Ann and her best friend Lucy were giggling into their milkshakes. Girls!

His favourite CD shop, Tunez, was full of kids from school. The whole world seemed to be hanging out at Westbridge.

But Zac slipped by them all, unnoticed.

Zac headed towards Sports Station. Inside, the music was so loud the walls were shaking. It was rock music, the only kind Zac liked. Sports Station had the best sneakers at Westbridge. Zac's favourites were a pair with green and yellow stripes on the side.

Zac picked them up. Straight away, a sales guy bounced over. A plastic nametag on a cord around his neck read, âDavo'.

âNo worries. I'll go check out the back.'

The sales guy disappeared into the storeroom. Zac waited. He looked at some T-shirts. No sales assistant. He picked up a magazine and checked out the photos of kids skateboarding down stair-rails in the latest clothes. Still no Davo.

What is he doing out there?

Suddenly, Davo reappeared, a shoebox in his hand and a weird look on his face.

âWe didn't have size eight in the green and yellow. But why don't you try these?'

He opened the box. Inside, Zac saw a pair of the ugliest sneakers
ever
. They were grey, the colour of belly-button fluff. The soles were twice as thick as ordinary sneakers. They were covered in wires and flashing lights. 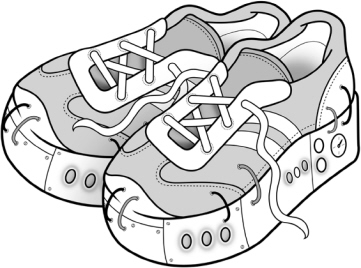 âNah, that's OK, thanks,' said Zac, heading for the door.

âCome on! They're limited edition. I guarantee no-one else'll have a pair like them.'

Zac rolled his eyes. âNo-one would want to!'

Davo pulled the grey sneakers out of the box.

Heaving a big sigh, Zac grabbed the shoes and pulled them on. They felt even worse than they looked!

As soon as his foot was inside, clamps grabbed Zac's ankles. He stood up and couldn't help wobbling as he took a step. Each sneaker must have weighed about 100 kilos.

âWhat do you think?' asked Davo.

Zac shook his head. âI might wait 'til you get the others in.'

Zac? How did this guy know his name?

Davo leant over to pick up the box. His nametag flipped over and Zac caught a glimpse of the back.

Davo grabbed Zac by the arm and whispered in his ear, âThey're yours, OK? Now get out of here.'

Before Zac could stop him, Davo disappeared with Zac's old sneakers. Great! Now Zac had to walk all the way home in the weird grey sneakers.

He stepped out of Sports Station. Ann and Lucy had finished their milkshakes and gone home. Perhaps he was safeâ¦

There was an ear-splitting explosion. A cloud of white smoke. The gross grey sneakers had exploded!

Zac shot up off the ground. He flew through the air, propelled by his exploding sneakers.They had the force of ten rockets. No, make that 100 rockets!

Zac shot past Hot Diggity. Tunez was a blur. He was flying towards a set of lifts. The metal doors were closed. Yikes! He was going to smash right into them.

At the very last second, the lift doors opened. And suddenly, Zac was falling. He looked up and saw the lift stuck high above him. He was falling straight down the lift well.

Round and round, faster and faster he fell in a mid-air forward roll.

At the bottom of the lift well, Zac landed with a thud on hard, cold concrete. Lucky he had been taught how to land safely during GIB training, or he would have broken a bone for sure.

The lift doors opened with a ping.

Zac was in an underground car park. Parked nearby was a white van with a satellite dish on the top. The door opened and a strong pair of arms dragged Zac into the back.

The door slammed shut and, with a screech of tyres, the van took off.

Zac looked down at his feet. The exploding sneakers were completely gone. All that was left was a very holey, smoky pair of socks.

âHello, Zac,' said the strong-armed man, who was driving the van. âI've been expecting you.'

Zac remembered his first solo mission. He smiled at Gorman.

It wasn't easy being the new guy.

âDo you know the way to the airport, Zac?' asked Gorman.

Gorman fished around in his pockets. âIt's somewhere in here,' muttered Gorman to himself.

At last he found what he was looking for. He handed Zac a small metal disc.

Zac loaded the disc into his SpyPad. Every GIB spy had a SpyPad. It looked sort of like an electronic game, but really it was a mini-computer with in-built GPS navigation software, laser and code-breaker, all rolled into one.

Unknown hostiles are hacking into the computer system controlling WorldEye. WorldEye is GIB's satellite system, so powerful it can read a newspaper headline from 500 kilometres up. The software is protected by encrypted passwords and high-level firewalls. Still, the hackers have managed to breach every firewall but one.

YOUR MISSION
â¢ Locate hackers.
â¢ Discover why they want to hack into WorldEye.
â¢ Prevent breaching of final firewall.

Only one firewall standing between WorldEye and a bunch of criminals!

âWhat does Leon think?' asked Zac, as the van turned onto the freeway to the airport.

Leon, Zac's brother, was a Technical Support Officer with GIB. If anyone knew how to handle computer hackers, it was Leon.

âLeon's tracked the hackers to the city of Bladesville,' said Gorman.

âYou wouldn't be smiling if you knew anything about Bladesville,' said Gorman. His eyes widened. âI've heard it's one of the meanest, toughest, dirtiest cities in the whole world.'

Day by Day Armageddon: Beyond Exile by J.L. Bourne
Two Dude Ranchers for Dawn [Cowboy City 1] (Siren Publishing Ménage and More) by Luxie Ryder
A Few Quick Ones by P G Wodehouse
Fealty Of The Bear by T.S. Joyce
Bound to Danger: A Deadly Ops Novel by Katie Reus
To Tempt A Viking by Michelle Willingham
The Beat by Simon Payne
Liar by Gosse, Joanna
Faith by Lesley Pearse
Scarlet Wakefield 01 - Kiss Me Kill Me by Lauren Henderson