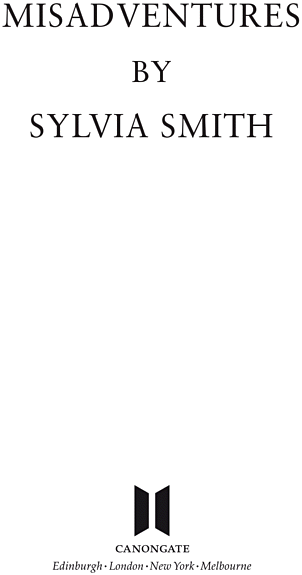 I dedicate this book to my parents, who had
the good sense to start a family halfway
through the Second World War.

Every story in this book is true. It was either something I had experienced or heard about.

My father was born on 17th March, 1906 in Walthamstow, London, and named Reginald John Smith. He was forty years old when I came along. I was his second child. My brother, Brian, was born the previous year but died of convulsions when he was three days old. As my mother had difficulty coming to terms with his death the doctor told my father to start another baby immediately. I am now fifty and my father is a grand old man looking forward to his ninetieth birthday. He is extremely fit and active, looking ten years younger than his age.

M
y father worked as a skilled wire worker until his retirement. He made fireguards and cable grips by hand but today the same job is done by machinery. He also worked a seven-day week for many years of my childhood to support my mother and me. Despite this we were quite poor, sharing a house with another family until I was twelve.
We lived in the downstairs two rooms with a separate kitchen, and used the communal bathroom upstairs. Once I had settled down to school life my mother found herself a job in a factory and we eventually moved into a rented house on a three-year lease. It was an older-style property without a bathroom. Every Saturday my father would heat up the boiler and lay a copper bath on the kitchen floor, and we would take turns to bathe. Shortly before the lease expired the landlord decided to sell his many properties and offered the house to my father at a very low price. Both my parents were working so his proposal was accepted. My father also took advantage of a government scheme to modernise such homes and had a bathroom installed at half the usual cost. A few years later my grandfather died, leaving my father a large sum of money, which he used to pay off the mortgage and buy a brand new Morris 1100 car. My parents named her âNellybelle' and would drive to the coast every Sunday in the summer with my father sitting on a cushion at the steering wheel as he was too short to see through the windscreen without it.

He finally retired from full-time work and found himself a part-time job cleaning cars in a local garage. Unfortunately as he grew old he became very absent-minded and would sometimes go to work wearing one brown shoe and one black. On one occasion he wore two ties around his neck.

My father had a habit of smoking in the car. Whilst driving the short distance to work one morning he threw his lighted cigarette butt out the window but unbeknown to him the wind blew it back in again. Some minutes later he saw smoke coming up from underneath him and looked down to see his cushion was on fire. He stopped immediately, threw the cushion onto the pavement and jumped up and down on it until he had put the flames out, in full view of a very interested group of people standing at a nearby bus stop.

He eventually gave up his part-time job as it became too much for him and he sold his second and last car because he could no longer afford to run it.

All his life my father had been an honest man but as the old-age pension was hardly enough for him to live on he tried to do everything as cheaply as possible. He needed a new jacket but found he couldn't afford a brand new one so he shopped in the second-hand clothing store a bus ride away. Once he had selected his garment he looked for an article less costly. On finding a satisfactory figure and making sure the assistant wasn't looking he swapped the price tags, pinning the lower one on the jacket he wanted.

As my mother contracted arthritis my father would do the weekly shopping and any errands. These excursions were sometimes hazardous.
Whilst standing at the top of the stairs on a hopper bus he lost his balance as the bus swerved and he fell down, landing in a heap by the doors. The other passengers very gently picked him up.

On another occasion he bought a four-wheeled shopping trolley because it was something to lean on but on the way to the supermarket he tripped over the wheels, banged his head on a brick wall, fell on to the pavement (knocking his spectacles off) and found he was bleeding from a small wound over his right eyebrow. A kindly young couple saw his plight and drove him home, placing his empty trolley in the boot of their car.

His last accident was in the snow as he approached the High Street. He slipped on the ice and badly cut his hand. At the same time an ambulance arrived to take an elderly lady to hospital. She had suffered a far worse fall but the policeman on the scene said to my father, âYou might as well get in too.' So he went to hospital and had his wound dressed but he didn't telephone my mother. On his return several hours later, minus the shopping again, she was very relieved to see him.

Whilst temporarily living at home I went into my parents' front room to see the one o'clock news on their large, colour TV set. The newscaster basically said, âThe Town & Country Building
Society has merged with another building society. There is absolutely no need for concern from its depositors, this is simply a merger.' My father jumped out of his seat and said, âI've got five hundred pounds in that place! I'm going up there now to get my money back!' He dashed up the stairs to his bedroom, put his outdoor clothing on, picked up his deposit book and precisely four minutes after the broadcast he charged out of the house saying to my mother, âI hope there isn't a queue.' An hour and a half later he returned. I asked him, âWas there a queue?' âNo,' he replied, âthere wasn't anyone up there.' I asked,' Did you get your money?' He replied, âYes. They gave me two hundred pounds cash and a cheque for three hundred pounds.' I thought to myself, âFor God's sake don't tell him cheques can bounce.'

A past boyfriend said of my father, âI feel sorry for him living alone with two women.'

One morning in early March my mother was selecting clothing for a dark wash in her automatic washing machine. She said to my father, âReg. Take those trousers off. They're dirty and they're going in the wash. Go and put another pair on.' My father went upstairs and changed his trousers, giving the offending pair to my mother. In the afternoon I decided to wash my jumpers and I had a look at my father to see how clean his one was. It looked very grubby
so I said to him, âDad. You can take that jumper off and give it to me because I'm washing mine out and your one is filthy.' He replied, âI'll take it off tomorrow.' I said, âNo you won't! You can take it off now and go and get a clean one.' He did as he was told.

My mother was born on 14th December, 1912, and named Lilian Violet Parsons. She was thirty-two when she gave birth to me. She is now eighty-two. She suffers mildly from arthritis and copes well with severe tinnitus. Despite these obstacles she is quite happy and outgoing.

M
y mother bought me expensive toys when I was a child. I can remember beautiful dolls, a costly pram and tricycle, all of which were far nicer than anything my friends were given. In later years I discovered this annoyed my father, who had been trying to save at the time.

Whenever my parents rowed my father would refer to one episode in their marriage that had annoyed him. In 1944 my mother had been evacuated to Newcastle to escape the London blitz as she was pregnant with me, leaving my
father on his own. She saw the most beautiful baby carnage and didn't hesitate to buy it. Towards the end of her pregnancy my father journeyed to bring her safely home and was furious to find he had to collect such a large item. They returned by train, storing the carriage in the guard's van until they reached London. Then my father had to negotiate the Underground with its steep escalators, and a long bus ride home.

I was ten years old and my mother decided to have my fine hair permed. As soon as my hair was washed it went frizzy and stayed that way until the perm grew out several months later. She then chose to have my hair curled again, with the same result. After this second disaster to my great relief she thought it a better idea that I should only have a good cut.

I was eight years old and my mother returned to working full-time. After school I would have my tea with the family living across the road. When I was aged twelve we moved to a rented house and I became âa latch-key kid', letting myself into the empty house to wait for my mother's return.

My mother was always very family-minded. I can remember frequent trips together to see her two sisters living in Barkingside and the occasional weekend visiting another sister in Gillingham, Kent.

One of my aunts told me of an experience my mother had at the age of eighteen. She was staying with a married sister and answered a knock at the street door. For the first time in her life she saw a black man. She screamed and slammed the door shut. My aunt had to apologise to the man, who was simply a travelling salesman, selling brushes and dusters.

Both my parents were great bingo fans. Every Friday night for several years they would play in a local hall. They were quite lucky and came home with some large amounts of money. One evening my mother won the jackpot. The manager called her onto the stage to give her the prize money. He said, âIf you can tell me who is the current President of the United States I will give you an extra fifty pounds.' My mother was very flustered and self-conscious at facing an audience and her mind went blank. She blurted out the first name she could think of and gave âTruman' as her answer. The manager said, âI'm sorry, but the correct answer is Lyndon B. Johnson.'