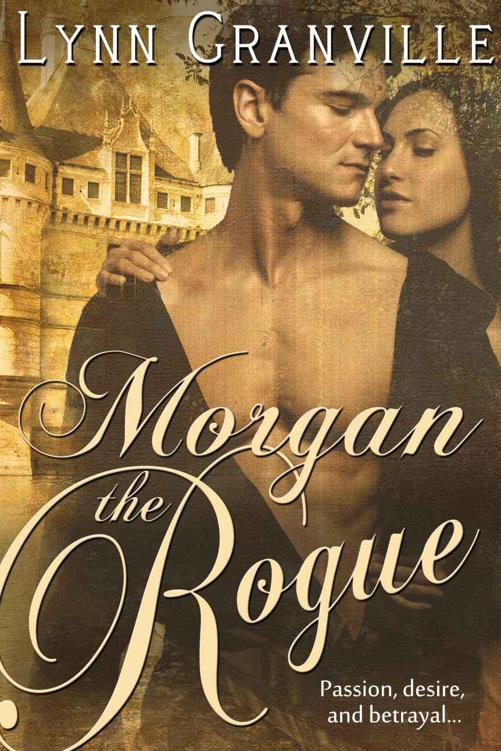 
First published as Song of the Mountains by Eternal Press.  All rights returned to author.  Now published by Linda Sole Publications.

The copyright for the manuscript belongs to Linda Sole.  This book may not be reproduced in any form without the permission of the author and publisher.

The characters are fictional and bear no resemblance to anyone – other than where historical characters have been used for reference and accuracy.

The sun had risen over the Black Mountains these three hours or more, sweeping through the valley, reaching the gloomy old manor house built of stone into the ridge at the far end, but scarcely penetrating its thick walls.  The house was always cold, had been cold ever since she was brought here as a bride, Maire, lady of Gruffudd thought, shivering and pulling her shawl about her shoulders.

She was thin and beginning to stoop a little, though she had not yet passed her thirty-fourth summer.  She had been fourteen when she was wed to Dafydd Gruffudd, fifteen when her son was born – the only son to survive though she had borne three more and a daughter, all dying in infancy.  In the end her husband had named her a barren cow and sought his pleasures elsewhere.

Walking into her son's bedchamber, Maire's nose wrinkled in disgust.  The stench of sweat, stale urine and ale made the air thick in this tiny cell, which was separated from the Great Hall by a curtain of leather.  She looked down at the man snoring on his straw pallet for a moment before taking the pitcher she had brought with her and dashing icy water into his face.

The effect was instantaneous.  He spluttered and jerked, starting up with an oath as his hand went instinctively to the sword lying on the floor by his side.  Anger sparked in the bright blue eyes as he saw the reason for his rude awakening.

'The day is wasting while you snore abed, Morgan Gruffudd.  'Tis time you rose.  Besides, there's a messenger come from Owain Glyn Dwr himself.  Will you show discourtesy to Owain?'

'Owain has sent a messenger to me?'  The expression in Morgan's eyes were suddenly wary, suspicious.  'Why should he bother after all this time?'

They had expected to hear something from Maire's kinsman after the death of Dafydd Gruffudd.  The two men had not been exactly enemies, but it was accepted within the family that they had had no love for each other.  Had it been otherwise, Morgan might have been sent into the lord of Glyndyfrdwy's service long ago.  He was now almost nineteen years of age and, apart from trips into the mountains and forests that bounded his home, had to his mother's knowledge, never been further than Tintern Abbey, Chepstow or to the Eisteddfod with his father.  They  had both hoped for a summons after Dafydd died but the word had not come in two long years.  Two years that Morgan had subsequently spent drinking, fighting and whoring in the neighbouring valleys with his friends.

'How should I know why he sends his messenger?' Maire asked, though she was well aware that Owain Glyn Dwr's man had come in response to her plea for help.  She had despaired of her son, known throughout the lordship of the Brecon as Morgan the Rogue, realising that she had no hope of curbing his wild ways.  The small manor was falling into ruin through neglect, Morgan promising always to do whatever she asked the next day and doing nothing.  If as she hoped her kinsman had exercised his rights to take Morgan into his service, the care of the manor would be left in Maire's capable hands.  The land in this southern valley was fertile and sweet; left to her management it would yield a good living for Maire and her dependants. 'I suggest that you make yourself decent and discover his purpose for yourself.'

Morgan had risen from his bed.  Despite his indolence of late he was a fine figure of a man, over six feet in height and broad in the shoulder with strong, muscled thighs and a mane of dark hair about his face, his chin dark for want of a shave this past week. A week that Maire suspected he had spent in the bed of some whore.

'If Glyn Dwr has sent a messenger to me I'd best not keep him waiting.'

'You'll not go like that?'  Maire pulled a face.  'He'll think you a barbarian!'

'Would you have me dress like an English jay, Mother?'  Morgan scowled at her.  'You must know that 'tis said across the border that all Welshmen are barbarians.  Why should I be different?'

'You could at least put on a clean tunic and hose.'

Maire shook her head as Morgan ignored her and walked into the hall, scratching beneath his armpits.  Her son's habits did not come from her, for she was a clean, industrious woman and had done her best to raise Morgan as a good Christian.  There were many in the valleys to listen to the bards sing of the old mythology, but Maire was not one of them.

She had been brought up at the edge of the Marches close by the border with England; her family had connections in Hereford, her own mother an Englishwoman, her father in the service of one of the hereditary Marcher lords.  She had regularly attended mass in the church on her father's manor, and when she married Dafydd Gruffudd had believed him a good Christian.

Dafydd had disappointed her in many ways.  He seldom attended mass, was surly and careless in his habits, and very soon caused his wife to wish that her father had chosen the English baron who had offered for her, even though he was older and not as handsome as Dafydd had been as a young man.  Her husband's sudden death of a virulent fever had been a release for Maire, though she had had the physician to him despite his angry dismissal of such men as charlatans, and she had nursed him until the end, as a good wife should.  She had not loved him and her grief at his passing had been brief.

However, her love for Morgan had survived despite his wild ways.  It was mainly for his sake that she had sent to Owain Glyn Dwr.  Maire suspected that boredom had driven her son to drink.  His salvation lay in service to his kinsman.  She prayed that Morgan's cousin would find some use for her son, otherwise she saw no hope for his future.

Maire could not know that Morgan's thoughts were much as her own.  Morgan hated the idleness of his life, enforced on him in the first months after Dafydd's death for want of the means to leave this place and strike out for himself.  He had no love for the husbandry of land and had left the care of it to servants. They in their turn neglected their work through a lack of respect for the young master who they believed spent his time drinking and fighting.

That his life had turned out as it had was the fault of the system imposed on the Welsh by their English masters, for a young man in Morgan's position could rise only in the service of an overlord.  There were many amongst the Welsh burgess who were happy to do just that, finding fulfilment and wealth by serving the lords who seldom came to inspect their estates in Wales.  Morgan Gruffudd was not willing to subdue his hatred and resentment of the English sufficiently to accept such servitude, preferring to stay brooding on his own small manor rather than seek out a position in the household of a rich English lord.

His restless spirit needed an outlet, and he lived only to strike a blow for freedom and for Wales, but balked of any chance to fight the cause he championed, he chose to use his time in other ways, some of which were brawling and drinking with his friends. There were other aspects of Morgan's life that he kept secret from all but a few, but his mother was not aware of them.  It was better that way.

'You have come from Owain Glyn Dwr?' he asked of the servant awaiting him in the dark, echoing chamber of the hall.  'What message do you bring?'

'The lord of Glyndyfrdwy asks that you attend him with all speed at his manor.  I have come to guide you through the mountains, for it is my master's wish that you come to him without delay.'

Morgan grinned, his heart lifting.  He wanted to shout his triumph aloud, the shadows and doubts of the past months sloughing off him like a discarded skin.  Now at last the summons had come and perhaps Glyn Dwr would find a good use for him, against the English if his hopes proved true and the rumours that had reached him were not false.

Morgan was not quite the drunken lout his mother believed him, though it suited him to be thought a useless fool.  It would not do for others to learn of his trips into the mountains, of the meetings he attended there – of the sedition and treason spoken amongst men of like mind.  He was not the only young Welshman to feel resentful of the English yoke, or to believe that the time for rebellion had come.

Morwenna, daughter of Hywell Gethin, stopped outside the door of her kinsman's private chamber and listened to what the two men inside were saying.  She had suspected that her father had some plan afoot when he brought her to Glyndyfrdwy, the home of Owain Glyn Dwr.

''Tis a bold plan, Owain,' her father was saying.  'You know that I shall support you whatever you decide.  With God's good grace and your right as the true line from Powys and Deheubarth, we may unite Wales, as it has not been since the time of the great Llywelyn.'

'Your words please me, Hywell.  Be sure that I shall not forget those who support me in this venture.'

'Merlin's prophecy says that one day the people of Wales shall rise up and take back what those accursed English have stolen from us.  It is sung of by poets and bards, and I have always believed that in the end we shall triumph.'

'Since Owain of Wales was foully slain I am the true prince,' Owain Glyn Dwr said in a solemn tone.  'I believe it is my duty to stand up for the rights the English have so long denied us.  King Richard's intent was to hold all the lordships of Wales for himself or his friends, disinheriting the lords who have held them for years past, but with Henry of Bolingbroke's return from banishment there will be rebellion, both in Wales and in England itself.  The King may be defeated, his realm in turmoil.  Then shall come our chance to strike.  Until then we shall watch and wait.  You are sworn to keep secret these words, Hywell Gethin.  I must be careful as I gather my friends about me, for there are those even amongst our Welsh brothers who would betray us.'

'Those who would sell their souls to the English are no brothers of mine!'  Hywell said harshly.  'And now I would talk of that other matter…'

Daddy Next Door by Judy Christenberry
Turbulent Intentions by Melody Anne
Walking in Fire: Hawaiian Heroes, Book 1 by Cathryn Cade
The Chase by DiAnn Mills
Middle Passage by Charles Johnson
Nobody Gets The Girl by Maxey, James
Rhett Butler's people by Donald McCaig
Awaken to Danger by Catherine Mann
The Leftovers by Tom Perrotta
Ship's Boy by Phil Geusz