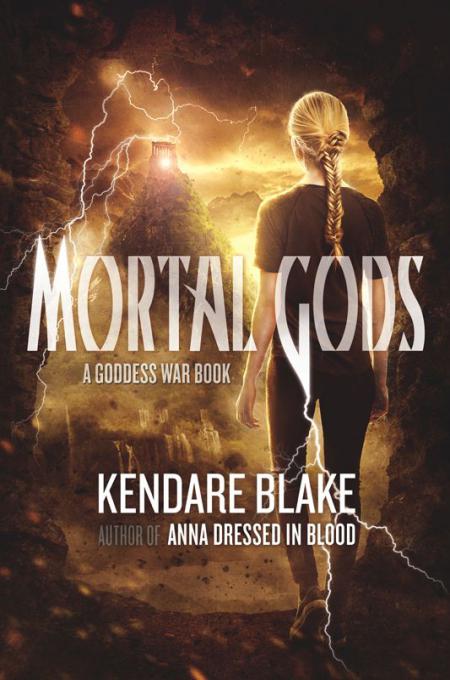 For the students of Lyons Township High School in Illinois.

Because that kid in the back row asked.

Boy howdy, writing this one was tough. And a lot of the first draft created by all that writing was a pile of poo, so first off, thank you to Melissa Frain for once again being editor extraordinaire and slicing out the poo with diplomacy, precision, and an uncanny sense of what the story needed. Also thank you for introducing me to City Bakery hot chocolate. I didn’t believe her when she said I could only have a shot, not a full cup. But as usual she was right. That is not hot chocolate for rookies.

Adriann Ranta lended her laser focus to this one as well, so thank you, Adriann, for finding those remaining hiccups. Also, she’s just a plain great agent, working on stuff when I don’t even know it, and then dropping in with amazing, unexpected good news.

A hundred thanks to you both, Mel and Adriann. In addition to being great at your jobs, you’re both just plain great, and I’m so glad to be working with you.

I don’t know how Alexis Saarela manages to keep everyone’s publicity schedules straight but she is always ten steps ahead with everything covered. The best. Publicist. Ever. And a fellow mini donut enthusiast. Thank you, Alexis.

Thank you to Kathleen Doherty, art director Seth Lerner, and the entire team at Tor Teen, who do amazing things for books every single day. How lucky I am that a few of those books are ones I wrote. A shout-out to librarians, teachers, and bloggers, who make the world better by spreading the love of reading. Getting to know so many of you is the best perk of this gig.

Thanks to my parents for thinking everything I write is incredible, even before they read it, and for professing to people that I am the next Hemingway. I’m not. I’m way more macho. But thanks, folks. It’s a nice sentiment, and I appreciate it.

And always last but never least, to Dylan Zoerb, for luck.

1. Sand Through Her Fingers

4. In the Caverns of the Earth

5. Gods Flung to the Far Corners

11. The Wounded and the Dying

17. Never Look a Gift Wolf in the Mouth

19. Moirae in the Mountain

22. The Space that Gods Inhabit

23. Trip to the Underworld

25. All the Hours that Remain

ARISTEIA:
From the Greek word for excellence. A moment in epic poetry when a hero is untouchable, in which they display their utmost skill and valor; when they are almost a god.

Before the walls of Troy two armies met

In bronze and blood

The Trojans and the Greeks fought

For gods on both sides.

Filled the Greeks with rage and righteous song

Against Aphrodite and Apollo

Who strengthened the Trojans.

At their urging the great heroes faced each other, sword to shield

And Achilles threw Troy’s hero down, killing him and dragging his body

Troy, which would fall as Cassandra foretold

And leave all to waste and ruin in its wake.

The god of war stood still as a statue, waiting for Aphrodite as he waited for prey, for foes, for anything with veins to cut. The stillness lasted only an hour or so. Then he paced and huffed and gnashed his teeth. Ares had no more patience than he had rationality or restraint. He made a fist, and the skin of his knuckles cracked and ran red. Damned Aphrodite. She kept him waiting even when the meeting was her idea.

He glanced to his wrist, like someone checking the time, but in place of a watch was a blood-soaked bandage with fraying edges. He could have been anywhere else, enjoying the end of his days. Maybe lounging on an island, eating figs and honey. Maybe killing someone.

Ares should’ve known better than to come early, or even on time. Aphrodite was unmindful of anyone’s needs but her own. He bit down hard when a smile started at the corner of his mouth. Even her bad habits made him sentimental. The god of war had gone soft.

He flexed his arms and the muscles of his chest. Blood oozed from a broad cut on his bicep and soaked the black cloth of his shirt.

Soft, but not weak. Strong, but still dying.

His death had started to show over a year ago. All his old war wounds, long since healed, reopened on their own. Ares loved blood more than all things, so the cuts blooming on his chest and shoulders delighted him at first. He waited for the next one to open, and remembered with nostalgia the fight when he’d taken the wound. The cuts lingered and bled, but eventually closed. Then the whispers started, of other gods falling ill. Impossible stories of gods dying. By the time the half-eaten Nereid washed up at his feet on a beach in Tanzania, he wasn’t feeling quite so nostalgic anymore.

Across the stream, in the trees that lined the opposite bank, something moved. Rustled. He peered into the shade. Maybe just the wind through leaves, or a careless squirrel. Only squirrels didn’t usually smell like vanilla and cinnamon.

She picked her way along the black stone that bordered the streambed, and he took her in, inch by inch. Her bare soles scraped over cold rocks and wet grass. She hopped and hummed like a little girl playing a game.

For Aphrodite it was always a game. She ran, and Ares chased. She laughed, and he fought to catch his breath.

Images flashed behind his eyes, a thousand images from a thousand years. Rose-colored lips. Gold hair. Bared breasts that brought men to their knees.

But shadows like coal smudges marked Aphrodite’s calves now, long lines of darkness that disappeared beneath the uneven hem of her blue-green dress. Only they weren’t shadows. They were bruises.

Suddenly Ares didn’t want to see her face. To see her changed from breathtaking to hideous, with sores on her forehead and blackened eyes.

It would be an unfair fate for the goddess of love and beauty. As unfair as for the god of war to die from battles he’d already won. Ares took a breath and looked up.

Golden blond hair twisted down to her waist, and she smiled with lips red as blood. Her curious eyes shone blue and bright. The most beautiful of goddesses was still the most beautiful, even with the hint of bruising on her jaw. Even if she was mad as a rabid dog.

“I’ve come, as you asked,” she said. “To this river. Will you come to me now? Or must I cross?” She dipped a toe into the current and kicked, splashing Ares’ shoes. The flirt.

“I’ve come, as
you
requested. But not to the place you dictated. I’m not your pet, Aphrodite. I never have been.”

She pursed her lips. He was her pet, and they both knew it. She stood ungainly, unbalanced, the cock of her head at odds with the jut of her hip. Mud streaked her skirt. He couldn’t tell whether her eyes were truly bright, or only fevered. And then there was the dog to consider: a small, golden puppy, asleep in her arms.

“Very well,” she said. “I’ll come to you.” She walked into the river up to the waist, hugging the puppy close, careful to keep it dry.

“What do you want, Aphrodite?”

Ares snorted. Appeal to the strength of a dying god. Tell him he was strong. She was clever still, even through the crazy.

“Things have changed,” he said. “War has changed. Men don’t need me to take up their cause.” He lifted his arm to show her the blood. “The world sloughs us like dead skin.”

“It isn’t men who are asking.” She pouted. “And it isn’t like you to submit.”

He clenched his jaw.

“I heard about Hera and Athena. About you and Apollo. Is it true about Poseidon? Is he really dead?”

Aphrodite clutched the puppy tighter, and it squirmed. Any tighter and she’d break its little neck. But then she took a breath and stroked its soft, shiny fur, soothing it to sleep. It was a beautiful little dog. Perfect. Its fur matched her hair. In another life, she might’ve carried it around in a designer handbag.

“Poseidon is gone,” she said, swaying. “Drifted back into the sea. His blood flows, red and black streaming clouds, moving through the currents. It makes the sharks weep. His bones have dug into the sand, taken over by coral. A million fish carry his eternal flesh in their bellies.” She smiled. “But we kept his head.”

“He killed Poseidon! He and wicked Hermes. Weak, vile boys tore him apart in the lake. Nasty girls put their hands on Mother.” Her thin fingers walked over the head of the puppy to tap its nose. “Turned her to stone.”

A glaze had taken over Aphrodite’s eyes, and she looked over Ares’ shoulder into the trees. With the dress clinging to her narrow hips and her long waves of blond hair, she looked fragile. But that was only a costume she wore. When she wanted to be, she was as warlike as he was.
Aphrodite Areia
, they called her. Her loveliness hid rage and bared teeth. How he’d always loved that.

“You killed Apollo,” he said. “But Athena and Hermes sent you scuttling for cover. And what about the prophetess? They say she can kill gods.”

“Ares.” Aphrodite frowned. “We mean so much to each other. You always fight with me. For me.”

“I haven’t seen you in centuries,” he said. “Not a word in a hundred-odd years. Not until you need me.” He swallowed. Her dress clung in just the right places. “I should turn around and find Athena. Tell her you’re still up to your old tricks.” Aphrodite parted her lips. Old tricks, indeed. “Maybe I should help her swat you like a fly.”

Aphrodite drew a long, silver knife from the fastenings of her dress.

“Don’t be hasty. You haven’t heard everything. You don’t know.” She held the tip of the knife out toward him, playful. Light from the moving current fluttered along the sharpened edge. “An offering.”

She fitted the blade beneath the puppy’s throat, and Ares held his breath. She would do it well. One long cut. The puppy wouldn’t yelp. The knife would be hidden back in the folds of her skirts before it even woke.