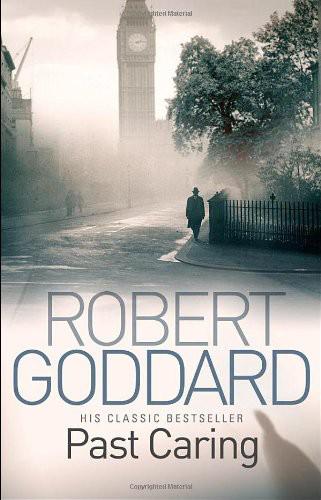 SUMMARY:
At a lush villa on the sun-soaked island of Madeira, Martin Radford is given a second chance. His life ruined by scandal, Martin holds in his hands the leather-bound journal of another ruined man, former British cabinet minister Edwin Strafford. What's more, Martin is being offered a job--to return to England and investigate the rise and fall of Strafford, an ambitious young politician whose downfall, in 1910, is as mysterious as the strange deaths that still haunt his family. Martin is intrigued by Strafford' s story, by the man's overwhelming love for a beautiful suffragette, by her inexplicable rejection of him and their love affair's political repercussions. But as he retraces Strafford's ruination, Martin realizes that Strafford did not fall by chance; he was pushed. Suddenly Martin, who has not cared for many people in his life, cares desperately--about a man's mysterious death and a family's terrible secret, about a love beyond reckoning and betrayal beyond imagining. Most of all Martin cares because the story he is uncovering is not yet over--and among the men and women still caught in its web, Martin himself may be the most vulnerable of all....

This book has been optimized for viewing at a monitor setting of 1024 x 768 pixels. 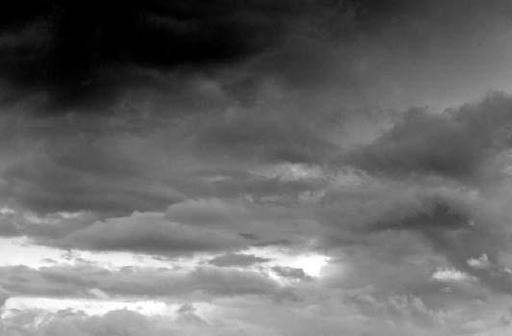 First published in Great Britain by Robert Hale, Ltd., in 1986

“Yes, I have re-entered your olden haunts at last.

Through the years, through the dead scenes,
I have tracked you.

What have you now found to say of our past?

Scanned across the dark space wherein I have lacked you?”

The words recur to me now, for I have passed through my own wasted years and dead scenes and am left with the same, remembered longing. If you had told me, my elusive quarry, what to expect from a quest after your past, I would never have embarked upon it. Your shade, which I tracked and moved in, envelops me now in this place of your displaced being. What would you do? I know—there is no need to say. But first, there is a tale to tell.

The spring of 1977 found me, newly past thirty, a bad case of wasted talent in a largely waste city—an unemployed, divorced ex-schoolteacher of foundered promise and dismal prospect. London, that grey month of March, seemed to echo my self-pity.

That morning, the echo was a painful one in my head, fused with the dull ache of last night’s beer and a well-worn theme being pursued by my increasingly reluctant host in the kitchen of his Greenwich house. It was Saturday, so the throb of traffic from Maze Hill was muted, the light, too, decently suffused as it struck the table where I sat, sipping strong black coffee. Jerry sat opposite me, washed and shaved, dressed and clear-headed—just four things he was and I wasn’t—scanning the shares pages of
The
Financial Times
.

“Millennium up again,” he said.

“They would be,” I replied. The last thing I needed to know was that my former employer was continuing to prosper, but it didn’t surprise me. Millennium Properties had always been astute in their purchase and promotion of historic buildings, but their only concession to scholarship was to hire over-qualified menials like me to fudge together their tour booklets.

Millennium had given me the first half-decent job I’d had since leaving teaching. But, in an unguarded moment at a Christmas party, I’d confided my contempt for their historical standards—which were as transatlantic as their parent company—

to completely the wrong person. After that, it had just been a question of resigning before they could sack me.

I’d been in debt even before that and the loss of a salary soon meant the flat in Richmond had to go. That’s when Jerry, a friend from schooldays, had offered me his spare room in Greenwich, to help me through a bad patch. But the patch had spread to two months and Jerry’s patience was beginning to wear thin.

“Did I mention that Tribune are planning to open a new regional office in Crawley?”

He had. And he’d mentioned that they’d be recruiting staff as a result and that, if I was interested, he could put in a word. I was, in fact, monumentally uninterested. Jerry was an earnest, hard-working actuary for the Tribune Life Assurance Company, where he was doubtless highly thought of. But I could never thrive in his world and it wouldn’t have done me—or Jerry—any good to try.

Yet explaining that to him was supremely difficult. Not only would his sense of efficiency be affronted, but his over-serious, understated personality would fail to comprehend how Tribune Life—thirty-eight hours a week in modern offices with increments for the industrious and special rates for staff—could be ideal for him but anathema to me.

“Yes, you did. I’m looking out for the adverts when they start staffing it.”

It was a lie, of course. I wasn’t looking out for those or any other vacancies. My pretence was designed to appease Jerry and still my own secret fear that it wasn’t so much insurance as any career that I couldn’t face.

I seized on a distraction exercise: opening my morning mail.

There were two letters, neatly propped by Jerry against the toast rack. One was a credit card statement. The other looked more promising: a Portuguese stamp and writing I recognized at once.

“This one’s from Alec,” I announced, hoping that his news from Madeira would take us off the questions of my unemployment and homelessness. Jerry only knew Alec Fowler through me and I only knew him because we’d shared a landing at university.

He was one of those students sophisticated beyond their years who made the rest of us feel gauche and schoolboyish. But I was quick to learn and he was eager for company in his riotous life. Alec

surrounded himself with those—such as me—who liked to regard themselves as free-thinking radicals. Cambridge in the late sixties was a forcing house for our self-indulgent brand of student chic which held that smoking pot and decrying established ideas was a new and important social development. With Alec’s rogue intellect to guide us, it seemed credible. Ten years on, it appeared unbeliev-ably naive and—which we would have hated more—irrelevant.

Yet it retained a freshness and an optimism that marked it out in my mind from the years of disillusionment since.

While I had filled those years by acquiring, then losing, a wife, child and teaching career, and England had stumbled through oil price rises and three-day weeks, Alec had contrived always to enjoy himself. Questioned but not charged, warned but not sent down, over the Garden House riot, he had appeared to devote all his study time to political free-sheets but had still come out with a first in English and then, in his own words, drifted with purpose: Paris (“looking for the spirit of ’68”), then Venice (“to see it before it sank”) and Crete (“to teach English and study the Mediterranean light”). These spells away were punctuated by trips home, when he would descend on me to relive our student days in drunken weekends that were more than once the despair of my wife.

Alec’s real ambition, as he often told me, was to break into journalism. This seemed always about to happen but never had yet. He was in New York at the time of Watergate but couldn’t persuade anybody to print what he wrote on the subject. He was taken on by a Montreal evening paper at the time of the Olympics, but the job fell through before the Games even began.

Then it was time to forget journalism for a while and repair his finances with a six-month teaching contract in Madeira.

Only he hadn’t come back at Christmas as scheduled, just when his company would have been the tonic I badly needed. I’d written to him several times and this was his first reply. I read the letter aloud to Jerry, hoping it would take his mind off my job-seeking and flat-hunting efforts—or lack of them.

“How are you? Sorry all’s been quiet from me lately, but I’ve had a lot on—more of that in a moment. Sad to hear about 6

Millennium, but you’re probably well off out of it. Congratulations to Jerry for putting up with you for so long.

The teaching stopped at Christmas and you wanted to know what I’ve been doing since then. Never one to let the grass grow—no pun intended—I’ve started, wait for it, an island newspaper. Madeira’s full of the English—in retirement or on holiday.

My idea was to give them a monthly magazine: a glossy English language affair full of photographs of Madeira’s natural beauty (which is considerable) and current affairs (which aren’t), to tell the tourists what to see and where and the ex-pats about what’s going on. I had a head start because there was simply no competition. What’s more, there’s a friend of mine here who’s as good a photographer as I am a journalist (fatal combination?) and came in with me, plus lots of shops and businesses keen to advertize to the English, who are their best customers.

There’s also a South African hotelier in Funchal who put up the money to start us off.
Madeira Life
was launched last month and so far (fingers crossed) it’s going well. Leo—the hotelier—arranged a cocktail do to butter up all the right people. I tell you, if this goes on there’s some danger of me becoming an establishment figure. More to the point, it could pave my way into Fleet Street.

But not for a while yet. I’ll have to do my apprenticeship here first. Which brings me to an idea I’ve had to brighten your life.

Why not drop whatever you’re doing—which is nothing much according to your last letter—and come out here for a holiday?

The Portuguese couple I share this house with are away for the next month so I can easily put you up. Madeira’s beautiful in the spring. I could show you round, you could tell me what you think of the magazine and we could talk about old times.

Gone South by Meg Moseley
The Millionaire's Games by Helen Cooper
A Stone's Throw by Fiona Shaw
Crest (Ondine Quartet Book 3) by Raveling, Emma
The Mirror of Worlds by Drake, David
Hammers in the Wind by Christian Warren Freed
The Great Night by Chris Adrian
The Emerald Comb by Kathleen McGurl
Her Avenging Angel (Her Angel Romance Series Book 7) by Felicity Heaton
The Bouquet List by Barbara Deleo